The 2018 Chief Azul Scholar and Citizenship awards were resting on stage on a burgundy table cloth at the Vee Quiva Event Center. The awards wouldn’t stay on the table very long. Before the night ended, each award was given to a young Gila River Indian Community member for their academic excellence and inspirational behavior.

“I want the students that are being honored tonight to feel proud,” said Tribal Education Department Director Isaac Salcido.

Gov. Stephen Roe Lewis delivered a recorded video message to the students praising their accomplishments. “As Governor of the Gila River Indian Community I want to congratulate you on your achievements. I am extremely proud of you and I know your families are sharing in your success.”

Before the dinner portion of the agenda, Lt. Gov. Stone addressed the students, and the approximately 150 in attendance. His message to the students was to enjoy their success, but to also expect future prosperity if they continue to work hard. “Your real reward is still coming,” said Lt. Gov. Stone

Following the dinner, David Martinez, Associate Professor, Arizona State University, discussed his early experiences as a college student at the University of Rhode Island in his keynote address. He was regretful and homesick during his initial time away from home, but his self-esteem and confidence grew with encouragement from his family. “What I was going through is what many students go through when they are away from home for an extended period of time. I was discovering my true identity,” said Martinez.

Sienna Whittington, K-12 Education Manager, announced the 22 recipients of the 2018 Chief Azul Scholar Awards, which included the winners and the honorable mentions for fourth through 12th grades. With a strict selection criteria, the students were chosen based on grade point average, attendance, behavior, accomplishments and extracurricular activities. Tribal Education along with Lt. Gov. Stone and Council Representative Hogg handed out each award and the students in each grade posed for applause and photographs.

Following the Chief Azul Scholars, Whittington announced the 2018 Chief Azul Citizenship Award winners. Fifteen students from seven high schools received the award for their exceptional behavior, attitude, desire to succeed, and knowledge of GRIC culture among other qualifications. The Citizenship Award winners won’t be in town for the entire summer. They’ll be packing their bags for an upcoming one-week educational trip to Washington D.C.

Council Representative Hogg, Chairman of the Education Standing Committee, closed out the evening by reminding the students about the individuals who supported them during their education and to also show humility and respect. “Stay humble and remember where you come from,” he said. 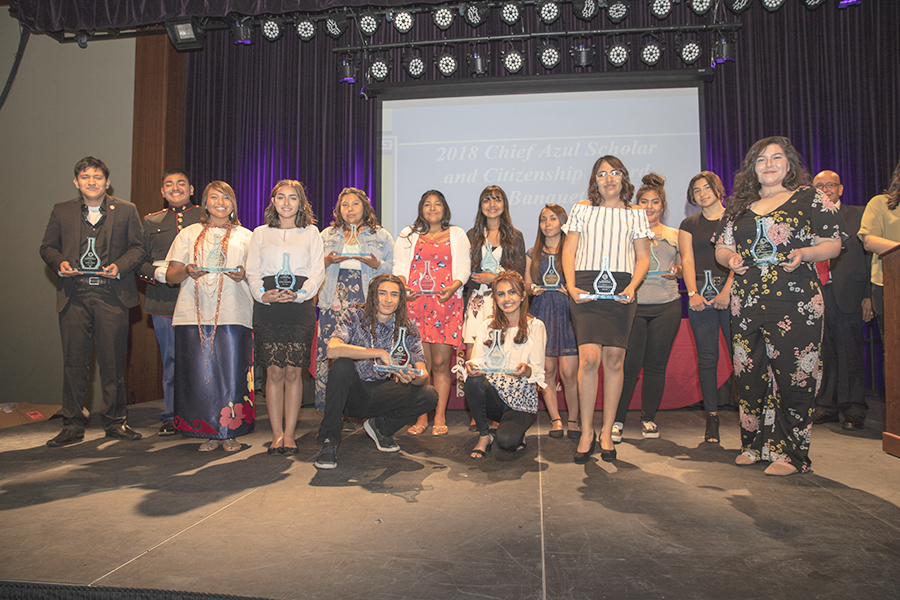 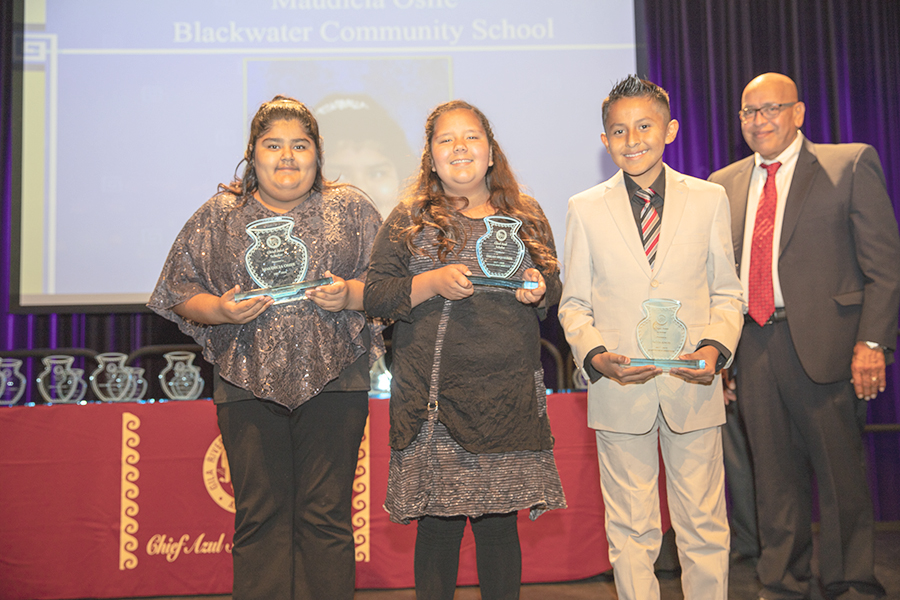