Housing groundbreaking ceremonies were held in succession in Districts 4 and 7 on April 26 and 27, respectively. Members from the Executive Office and respective Community Council Representatives were there for the celebrations.

As part of the 2014 Residential Housing Improvement Project, there are 141 houses that will be constructed in the Community in subdivisions and scattered home plots on both tribal and allotted land.

The houses being constructed are for those Community members that completed their housing applications in late 2013 and 2014.

Speaking on behalf of the Executive Office was Lt. Gov. Robert Stone.

“We want the Community members, tribal members that are getting homes to know, thanks for being patient and waiting,” said Lt. Gov. Stone. “I know that at the end of the long process you’ll have the home of your dreams.”

Following the Lt. Gov., the Community Manager also spoke to the small crowd.

“For the last few years our pre-development team worked to perfect a land development process which assures that the offsite infrastructure is in place prior to construction. Unfortunately, that wasn’t always the case,” Community Manager Pamela Thompson said.

“So today the contractor, Patterson, can come in, construct and that’s all they would have to do. That was our goal and mission,” Thompson added.

Also speaking was District 4 Council Representative Nada Celaya who acknowledged that the last time housing was being constructed, there were a lot of delays and that this time things are moving smoothly but the challenges now are identifying land that can be used for construction.

“It takes a real partnership from everyone,” said Gov. Lewis referencing the last time housing was built. “We have a great contractor… we are building on some great practices, some model practices, that we want to build on for great, quality homes for people in our Community starting here in District 7.”

Also speaking was District 7 Council Representative Devin Redbird as well as Community Manager Thompson, who reminisced about how she grew up with family as her neighbors, something that will be replicated for the Sunn Family with four houses being built next to each other on the same lot.

Speaking in District 7 was James Sunn and his mother Terry Sunn.

A teary-eyed Terry Sunn talked about when her four children were small they played on the trees that were adjacent to the ceremony and how happy she is that her children are back to the area they grew up in and are able to raise their families together and have the opportunity to make memories as a family.

Will Patterson spoke on behalf of Patterson Enterprises, expressing how grateful his company is for the opportunity to build homes for the Gila River Indian Community. He said that his company pours their hearts and souls into the homes that they build and hope the families are able to feel the love that is put into building the houses.

Construction on the houses will start in District 7 before moving eastward through the Community. The entire project is expected to be finished by March 31, 2019. 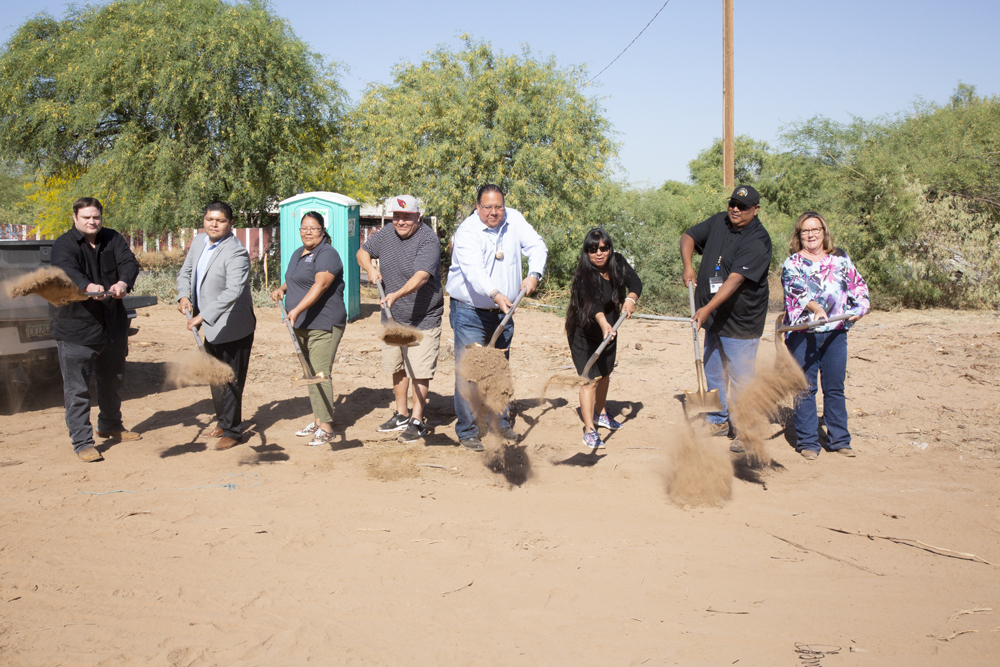 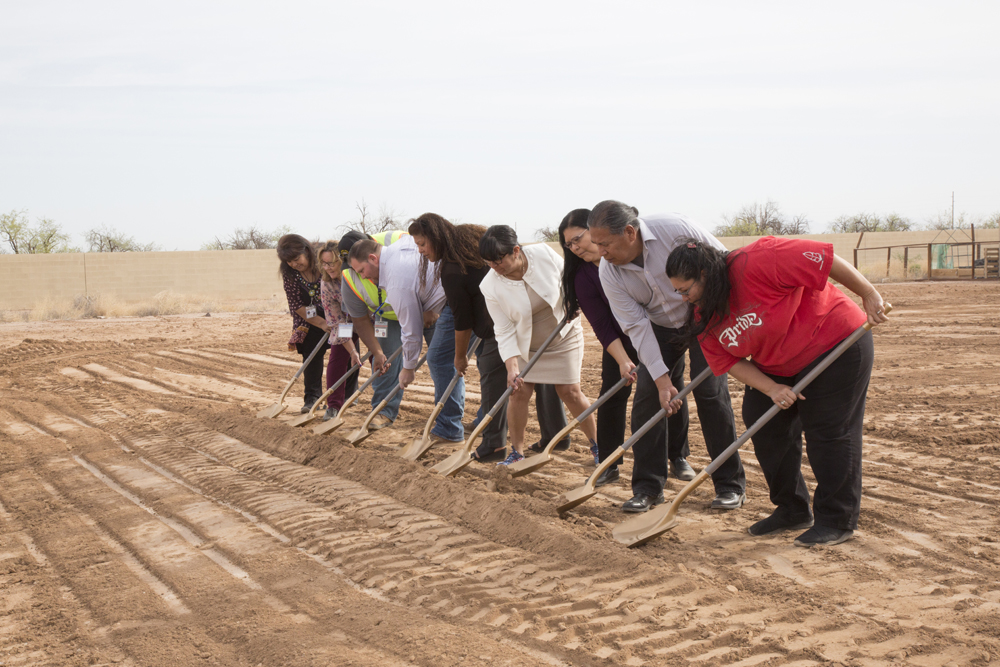