Laverne McAfee shared her appreciation for the outpouring of support she received on behalf of her father, the late Johnson McAfee Jr.

McAfee said the process of bringing her father’s remains home, was a long-awaited journey, that ended at the National Memorial Cemetery of Arizona, located in Cave Creek on March 30.

On the day before the interment of Johnson’s remains took place, an American Airlines flight from Hawaii brought them back to Arizona at Sky Harbor International Airport.

McAfee said, when the plane came to a halt, she knew the swell of emotions would be high, bringing back memories of her father as she remembered him before he was killed in action.

At the airport a host of public safety and airport personnel paid tribute to Johnson, with a fire engine ladder truck that had an American flag hoisted on it with lights flashing.

“When the plane came to a stop after some time, they brought my father’s casket out from the front compartment and one of the representatives from the mortuary asked me to place my hand on it,” said McAfee.

From the military a United States Marine Corps honor guard was there to transfer Johnson’s casket from the plane to an awaiting hearse.

McAfee said the Ira. H. Hayes American Legion Post 84, provided the colors, standing attention during a playing of TAPs, to remember their fallen brother in arms.

Additionally, the Marine Corps honor guard from the day before, escorted Johnson’s casket, and presented her with the American flag.

“All I wanted to do, was to have my father acknowledged and honored…I’m proud of who he was and what he stood for,” said McAfee.

At the burial, a woman of Korean descent gave McAfee two dozen yellow roses for her father’s service during the Korean War.

“I was surprised to see [this] stranger, someone who I never knew, give me flowers,” said McAfee, “[She] had this one message and that was, ‘Your father saved my people.’”

When she heard those words, McAfee said the sacrifice of her father and many others, encompassed the selfless duty to protect the people of a country they never met.

Bringing her father’s remains home was a stressful time for McAfee. She had limited access to transportation, but she thanks the many individuals who gave her rides, and all of the new friends she made in the Community during this very important time.

“It’s a little bit stressful, because there’s so much involved, it was quite emotional as well” she said, “I’ve given 100 percent to make sure that I could do what I can to bring him home.” 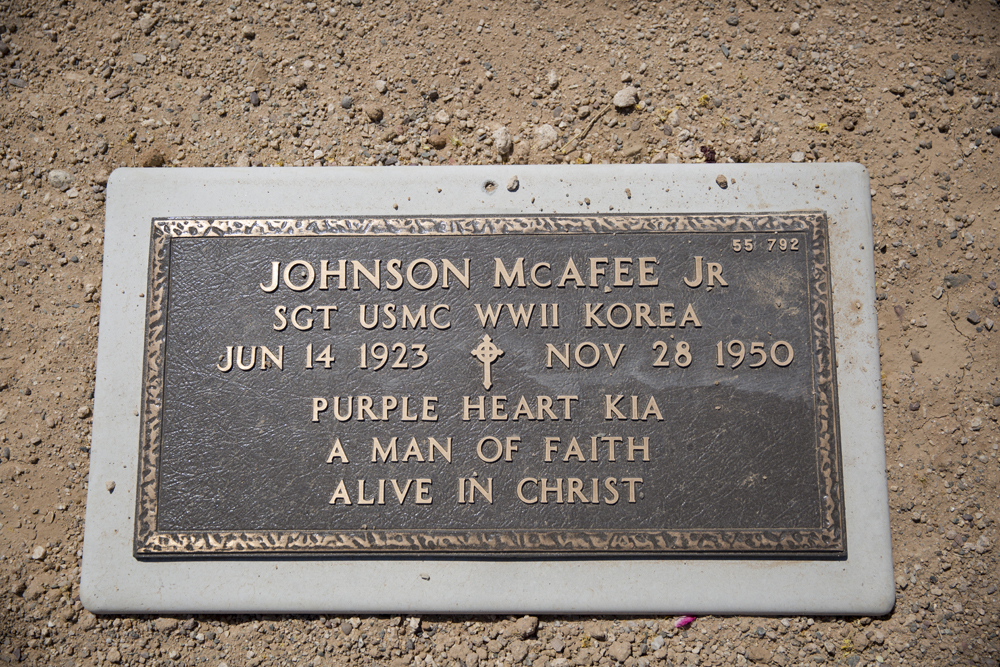