During the banquet, Major Urban Giff was the keynote speaker and Paul Shorthair was an awardee of the Gold Saguaro Tribute Award. The award is given to those who have given to the Japanese-American community and greater community at large.

Shorthair was one of three that were honored by the JACL, joining Jim Kubota and Joyce Shiota.

During his keynote speech, Major Giff discussed the Community’s involvement with Japanese-Americans dating back to the internment camp as well as recently with Masaji “Mas” Inoshita, deceased member of Ira H. Hayes’ American Legion Post 84 and community servant. Inoshita was also active in the Gila River Indian Community during his time with Post 84.

“Mas took part and supported the annual Iwo Jima flag raising event,” recalled Major Giff, also a member of Post 84. “Mas was always willing to help and he walked a mile for the parade with a walker. His spirit was there and wanted to show his support, that demonstration of spirit was so important to the rest of us that we still honor and feel the loss of Mas to the Post.”

Shorthair, GRIC land use ordinance officer, Department of Land Use Planning and Zoning, paralleled the internment of the Japanese with the O’otham and Pee-Posh having their land taken away and forced to a confined area.

Also in attendance was Lt. Gov. Robert Stone who had a chance to speak on the special relationship between two communities.

“The bonding and misfortunes of the Gila River Indian Community and between your community throughout history … we can say ‘that’s history’ or we can also say that it makes us stronger and have a bond to make a positive light for the future,” said Lt. Gov. Stone. 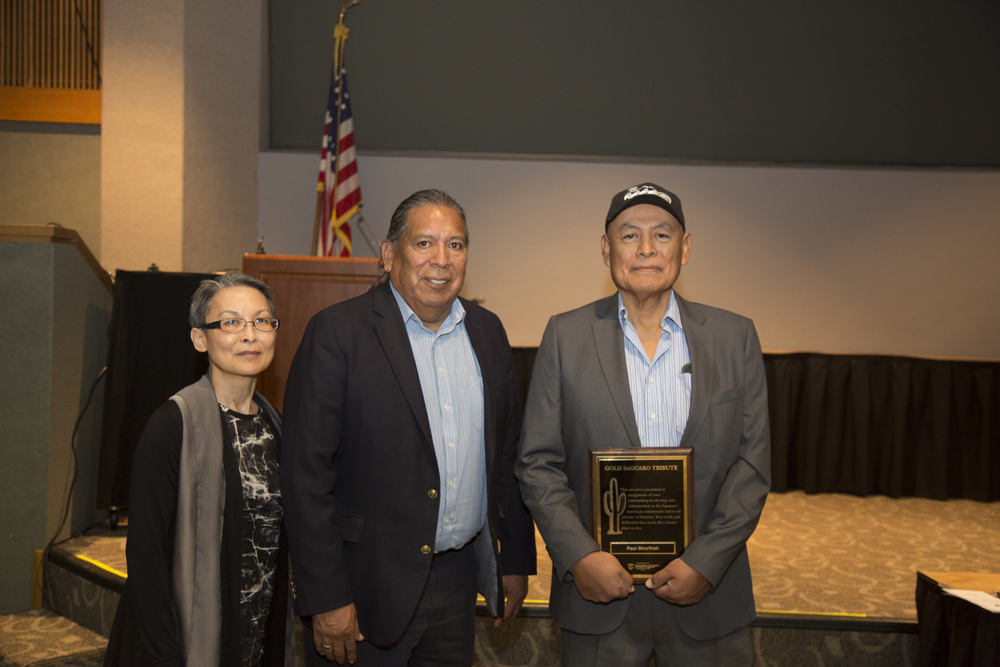 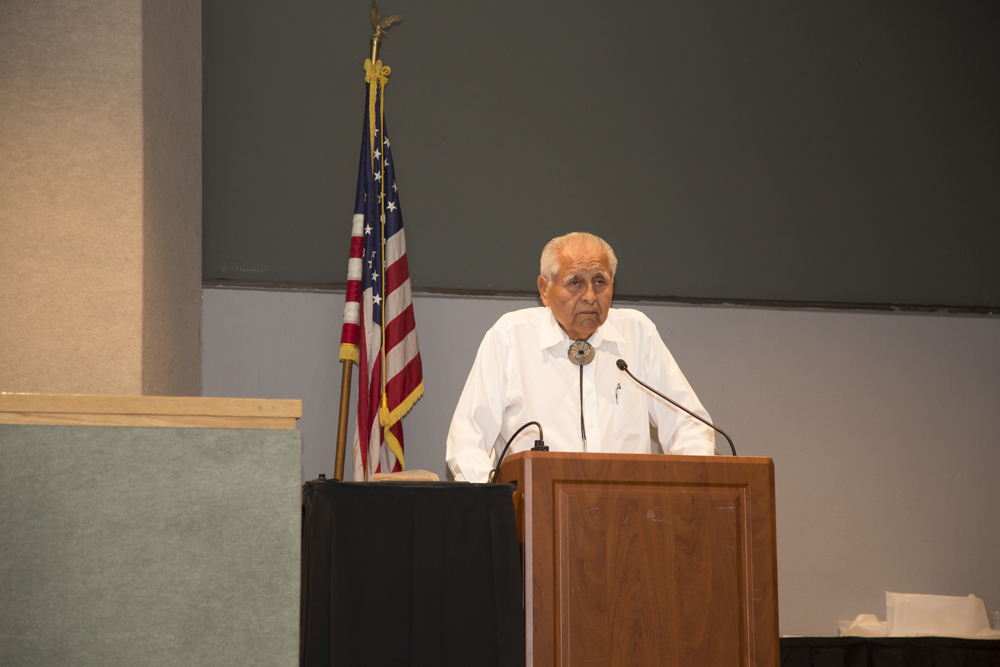