The miniature library project has touched down in two more districts. As part of the Growing Readers, Developing Leaders initiative to promote literacy in the home, two more mini libraries have been installed in District 4 and District 6.

Each library is illustrated and painted by a Community artist. Darrell Justin Sr., from Santa Cruz Village, designed the District 6 mini library. He incorporated several traditional elements like the annual harvest of cactus fruit, and traditional baskets.

“I’ve never done anything like this…I really just wanted to show what the Community was way back then,” said Justin.

“I think young people don’t understand that there was a lot of work people did back then, there’s other things, like food people collect, not to mention the wood people chopped and hauled over long distances.”

He said his library represents some of the traditional foods of the past to survive, including the mesquite tree, which provided a wealth of nutrition to the Akimel O’otham.

“Some of these foods [were] stored and when you added water to them, you have a meal right there,” said, “So through this mini library you can get an idea of how it was.”

District 6 Coordinator Shelby Francisco said the mini library represents the primary goal of the service center, to serve as a resource for the Community.

“We hope that people bring their young children and come and take a book and bring it back,” said Francisco.

District 4 recently unveiled their own library as well with the help of Christopher Lomahquahu who designed the mini-library in District 4 from imagery in the area and from memories of growing up in District 4.

The structure is painted with wheat fields on one side, a quail family above the door, another side features a machchud ready to harvest a baithag and on the backside a rendition of the Aji Mountains and a red tail hawk.

Eventually as part of the initiative each district will have its own mini-library that will act as a book exchange for the Community’s youth.

Three libraries are up with four more scheduled to be completed soon so that the Community has books available to all of the youth. 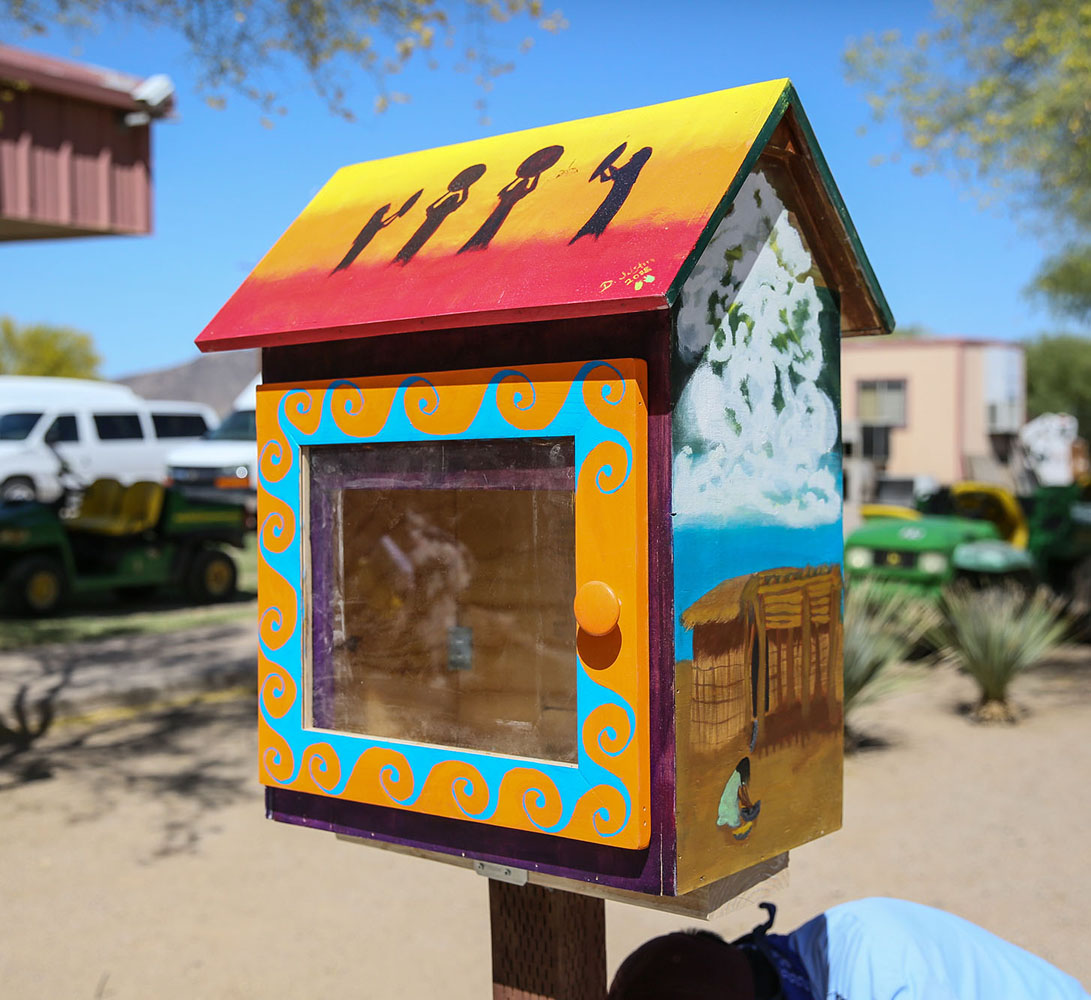 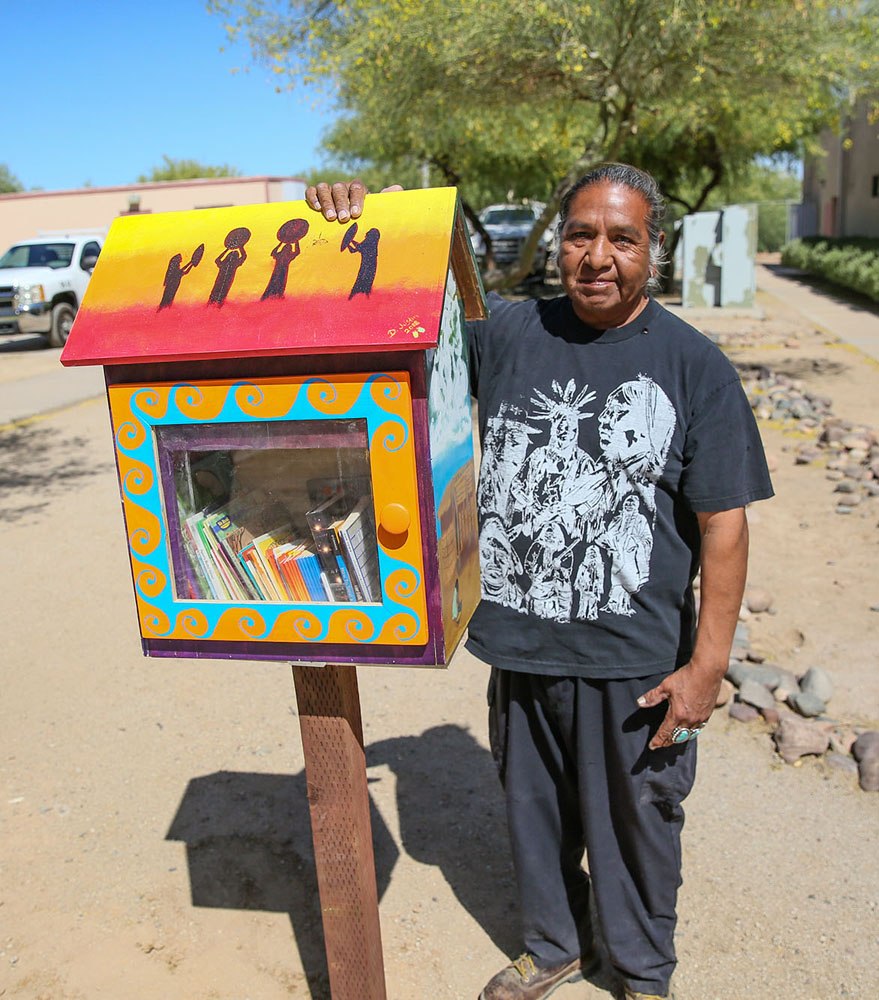 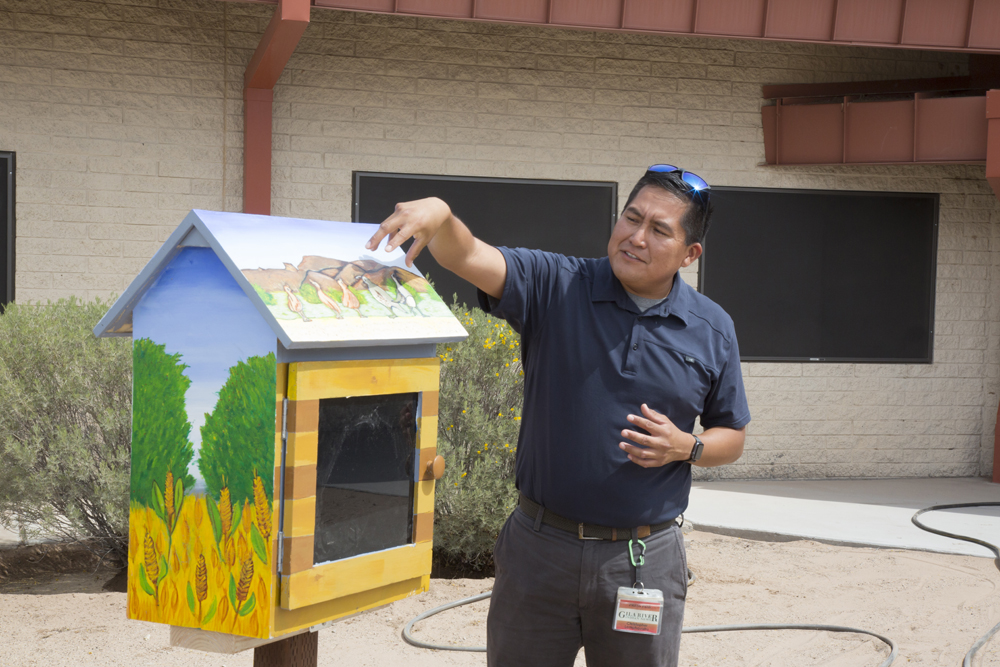 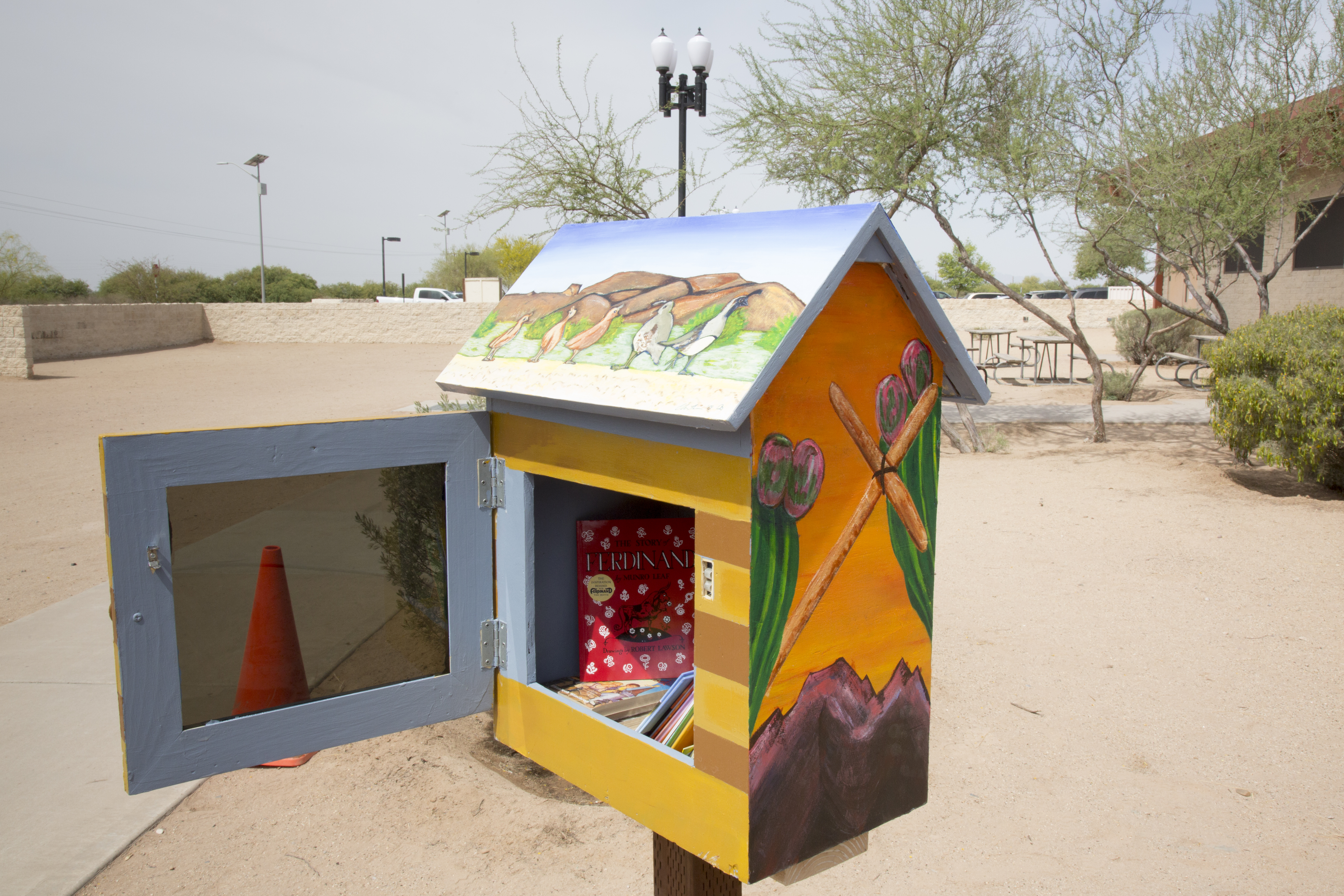