The Gila River Royalty for 2018-2019 took center stage during an April 18 Community Council meeting to introduce themselves and share their platforms.

Jr. Miss Gila River Samaira Juan, District 5, started the introductions and said it was an honor to serve in the royalty court. She also discussed her health and wellness platform for the year.

She also advocated learning the O’otham language, which she said she has done through the elders in her District.

As a fourth-generation basket weaver, Juan also said it is her goal to promote basket making, which she says is a declining art in the Community.

Miss Gila River Autumn Cooper, from District 4, said she will focus on self-esteem and empowerment among the youth this year.

“I hope to spread positivity and encouragement to young girls and boys on being positive about their body and where they come from,” said Cooper.

She said the important part of overcoming self-image problems is to embrace and accept who they are.

“It’s pretty amazing to see myself in their footsteps of our past royalty and to carry on this crown to represent Gila River,” she said.

District 3 member and Miss Gila River Second Attendant Ashley Pasqual said she will be attending Central Arizona College in August to study linguistics, which is part of her effort to learn more about the O’otham language.

Lt. Gov. Robert Stone, said he was excited to listen to the many things the Gila River royalty plans to do through their reign.

Community Council representatives also extended their support for the title-holders and their attendants. 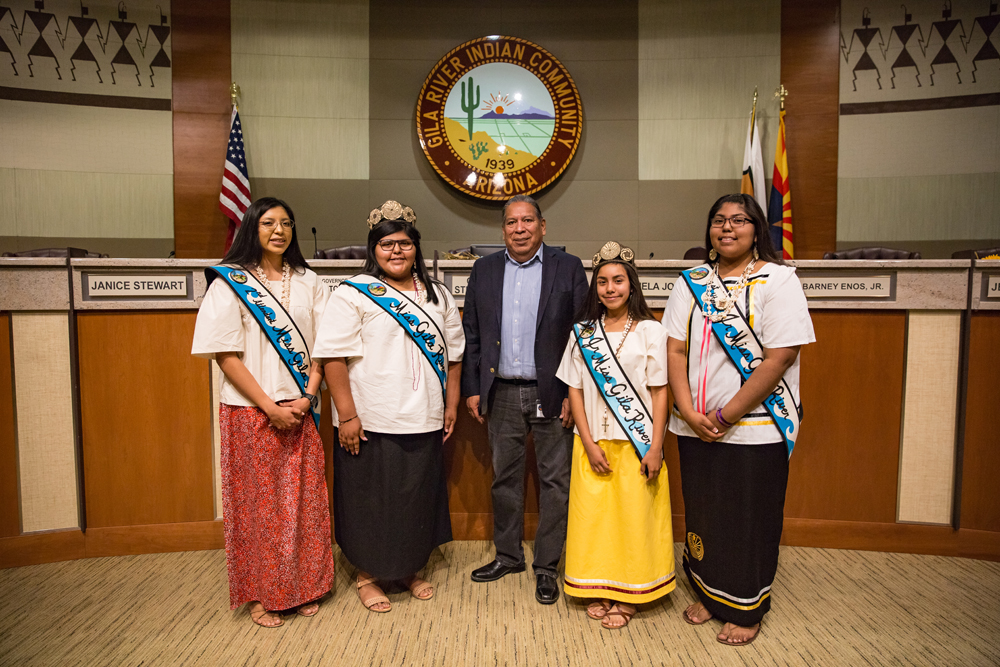