The “Doing Research in Indigenous Communities” conference invited tribal representatives to Arizona State University Skysong building on Nov. 1-2 to discuss scientific research and how tribal communities serve an important role in the process

Key themes of the conference were on transparency, reciprocity, understanding sovereignty and sustainability.

Gov. Stephen Roe Lewis spoke on the tribal leader’s panel on best practices, along with three other tribal representatives. He talked about the history of moving away from the Indian Health Services to its own healthcare services.

“We are proud to be a very progressive community that fits and aligns and respect our own value system, especially when we run our own healthcare facilities,” said Lewis.

He said moving away from IHS was an important step for the Community.

“Research has to be used as a means to build up tribes and not tear them down, we have to reverse that negative stigma around it,” said Lewis.

He pointed to the Hau’pal (Red Tail Hawk) Health Center as an example of a tribal community opening its own healthcare facility.

He said the success of a community to thrive is to provide opportunities for its members go off to colleges and universities to get educated on the best practices related to research and come back to the Community to serve the people.

Havasupai Tribe Councilwoman Carletta Tilousi said, “It’s about going back to your communities to lead them in a good way, I think that is very commendable that you are here at ASU and that you want to take on this big challenge in this modern day and age.”

The controversial Havasupai blood research has left a negative impact on her and other tribal members is still felt today.

She said when they asked if they would like to take her blood and asked her the question, if she wanted to know if she would be diabetic.

“That blood was taken brought to ASU, not just mine, but hundreds of other tribal members and it was brought to the laboratories here and we never got word from [this] institution, if I was going to be diabetic,” said Tilousi, “[We] still have unanswered questions to this day.”

Tilousi said, as a word of advice for researchers is to provide outreach in this way that will allow it to be done in the right way, which means having someone who knows the language to be a part of the communication process.

“We are not against, research, we want to know, but we want it done in the right way, because elsewhere bad research practice has affected a lot of people,” she said, “Although we are all different sovereign nations, and all we all have different protocols, there still has to be enforcement.” 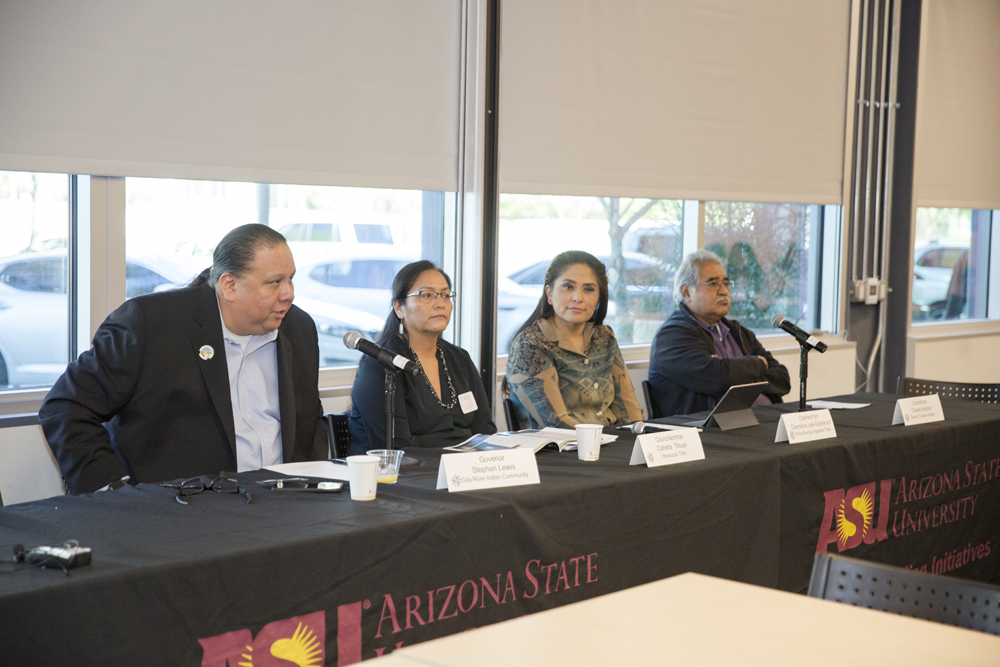