District 1 opened their arms to veterans on Nov. 10 for the Veterans Day Celebration. The parade and ensuing program was hosted by Haskell Osife-Antone Post 51, Haskell Osife-Anotne Women’s Auxiliary Unit 51 and District 1. Kenneth Morgan Sr., was the grand marshal as veterans, school groups and other supporters lined Blackwater School Road for a crisp morning of patriotism and gratitude for the men and women who served in the U.S. armed forces.

The parade started at the District 1 Service Center and the procession ended at the Keli Akimel Ballpark for special presentations and a meal for families and visitors. Following the final entry, a special flyover roared over the crowd of onlookers.

The program consisted of a welcoming by Post 51 Commander Virgil Brown, Maria Pablo with the Women’s Auxiliary and remarks by Gov. Stephen Roe Lewis and Lt. Gov. Robert Stone.

Lt. Gov. Stone said he was honored to attend the event and all the festivities. “Thank you for inviting us to the parade, it was a great parade,” he said. 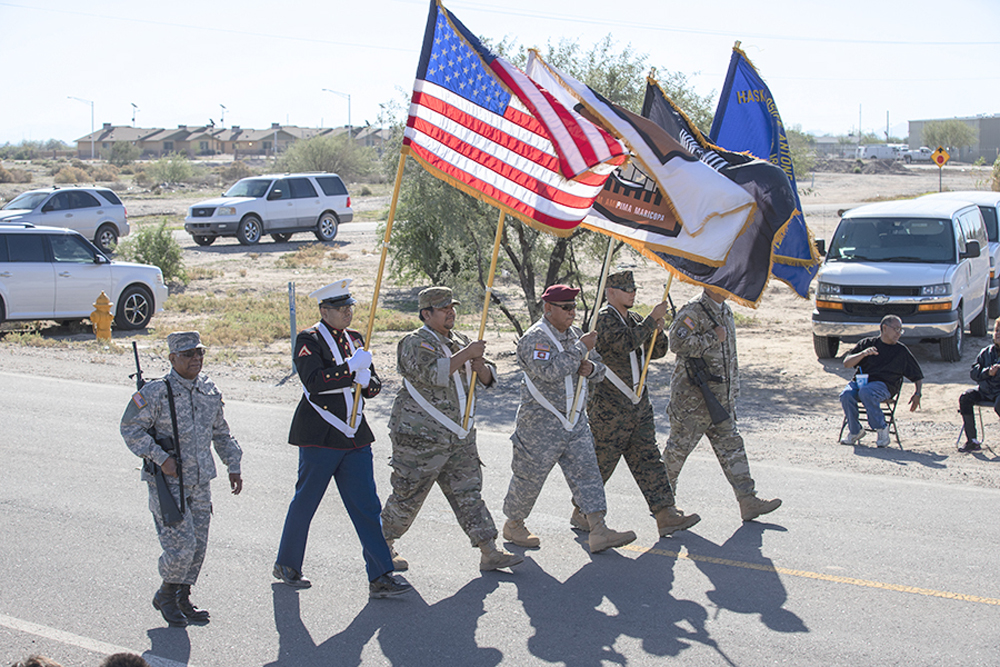 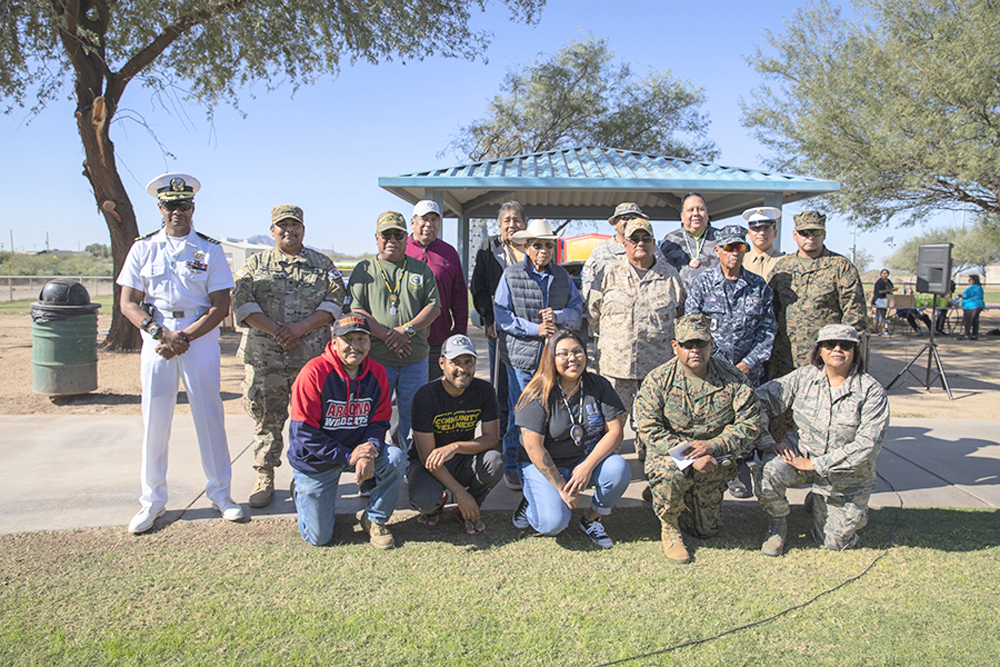 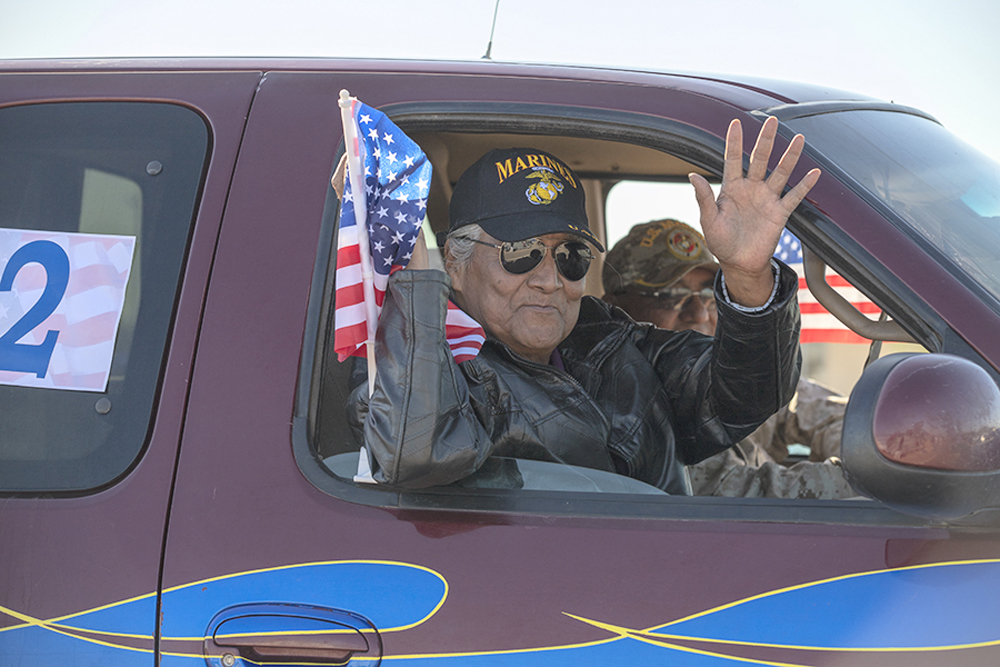 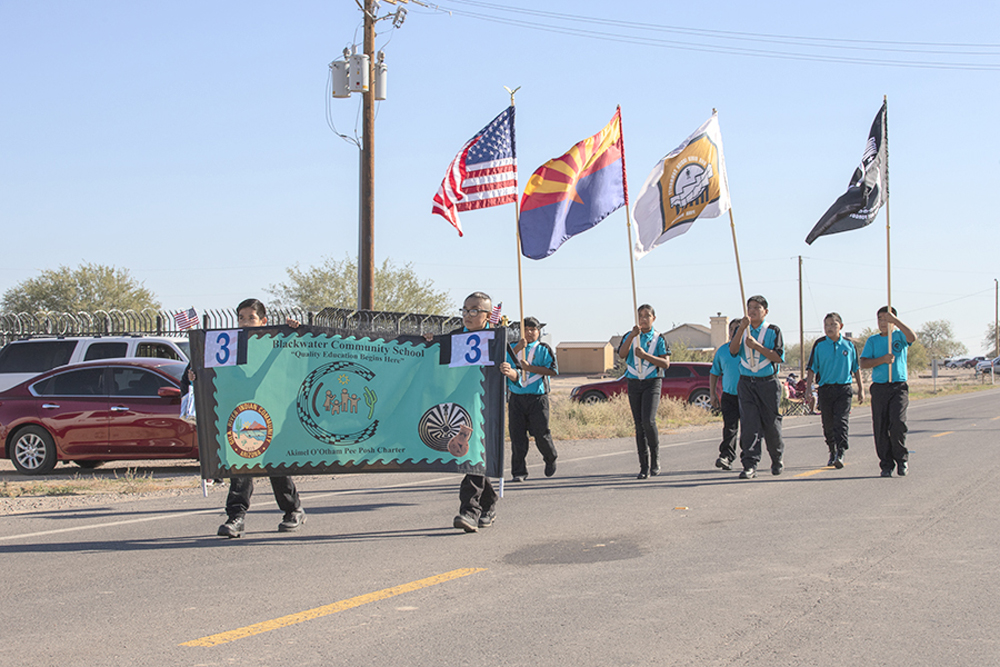 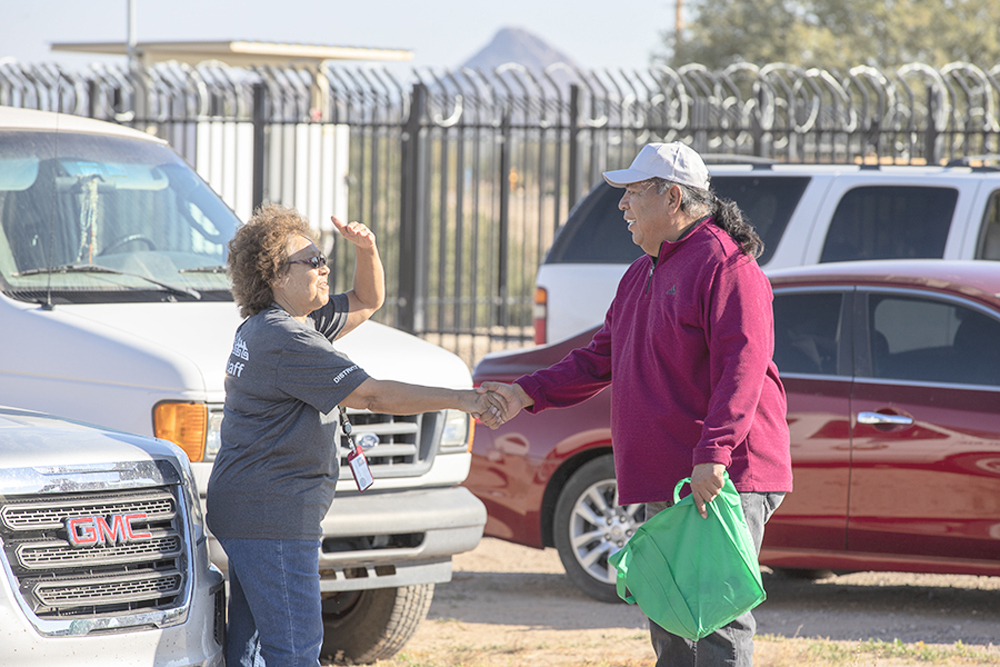 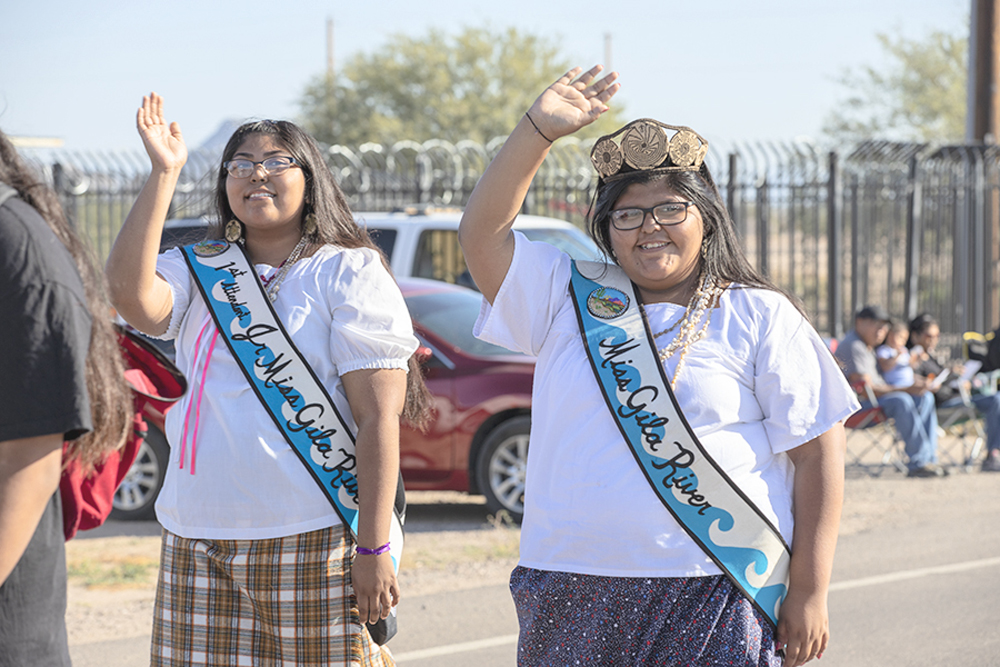 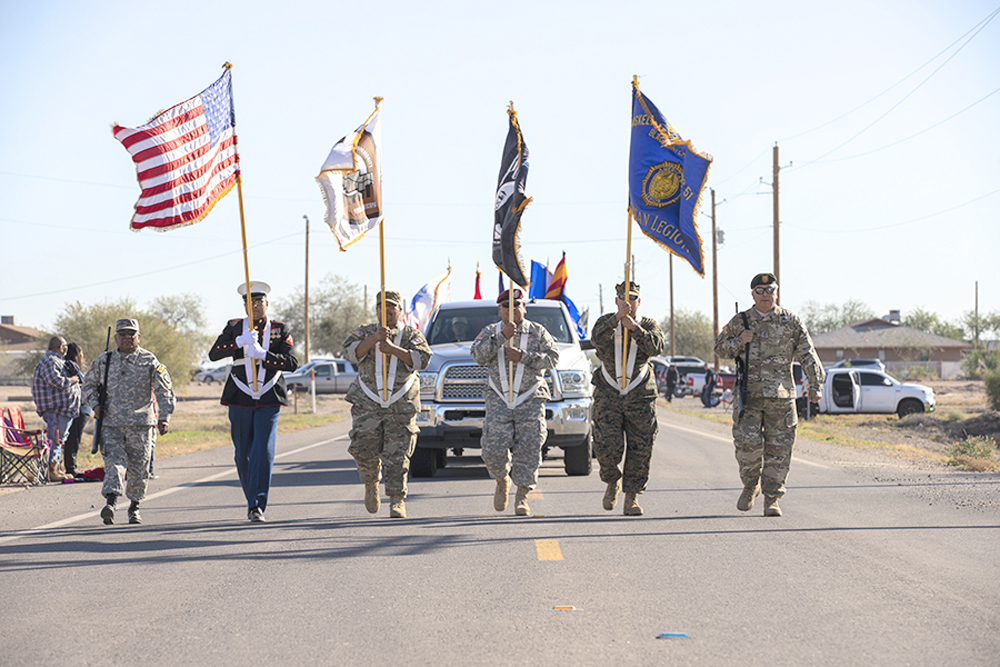