As the sun set over the sprawling concrete landscape of Phoenix, visitors from tribal communities flocked to a special ceremony to recognize Native veterans at the 6th Annual Heard Museum Sunset Tribute on Nov. 12.

The Sunset Tribute ceremony was held in front of the American Indian Veterans Memorial, which opened to the public in 2012. The American Legion Ira H. Hayes Post 84 from Sacaton raised the colors to start the evening ceremony.

David M. Roche, Dickey Family Director and Chief Executive Officer of the Heard Museum, said “[We] remember and reflect on the outstanding commitments that American Indian veterans and all veterans have made in service to our nation.”

The veterans tribute was near the 100th anniversary of  the Armistice that ended World War I.

He said the monument is there to remember the service and sacrifice of American Indian men and women that have served to defend the country, so that future generations will remain free.

“We remember their sacrifices tonight and offer our humble thanks to those who remained behind and so passionately loved and supported the men and women who fought and sometimes offered the ultimately sacrifice in service to their country,” he said.

Blue Spruce talked about the history of service by American Indians, who have served in all conflicts and branches of the armed forces and how he was the first American Indian to serve on a nuclear powered submarine the USS Nautilus.

Dr. Wayne Lee Mitchell, Mandan/Dakota Sioux and Vietnam Veteran, remembered the late Sen. John McCain, who was a Navy veteran and Prisoner of War, who rose to prominence as the state’s senior senator.

“He always championed for more money for Indian programs, especially health and education,” said Mitchell. He said it was the help of the late Sen. Morris Udall, whom which McCain became familiar with the conditions of Native people across the state of Arizona.

He said though McCain was known to address many Native issues, Udall had a big influence as well on his fellow law maker, who worked to get the necessary resources to American Indians, to reach tribal sovereignty.

Robert Harrison, a member of the Standing Rock Sioux Tribe and U.S. Army veteran, handed ceremonial medals to the veterans present at the ceremony.

He said military service for American Indians is a noble call to arms, because it takes Native service men and women to far off lands away from their traditional homelands, that is even greater by being away from children and family.

Jackson said, “Never forget we still have sons and daughters serving around the world, and still paying the ultimate prices.” 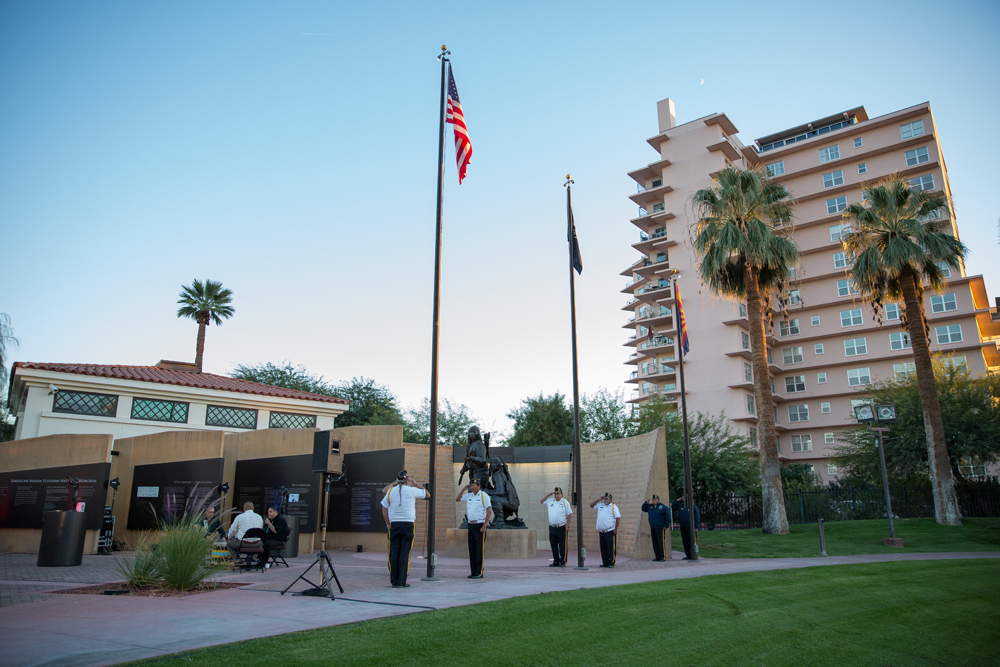 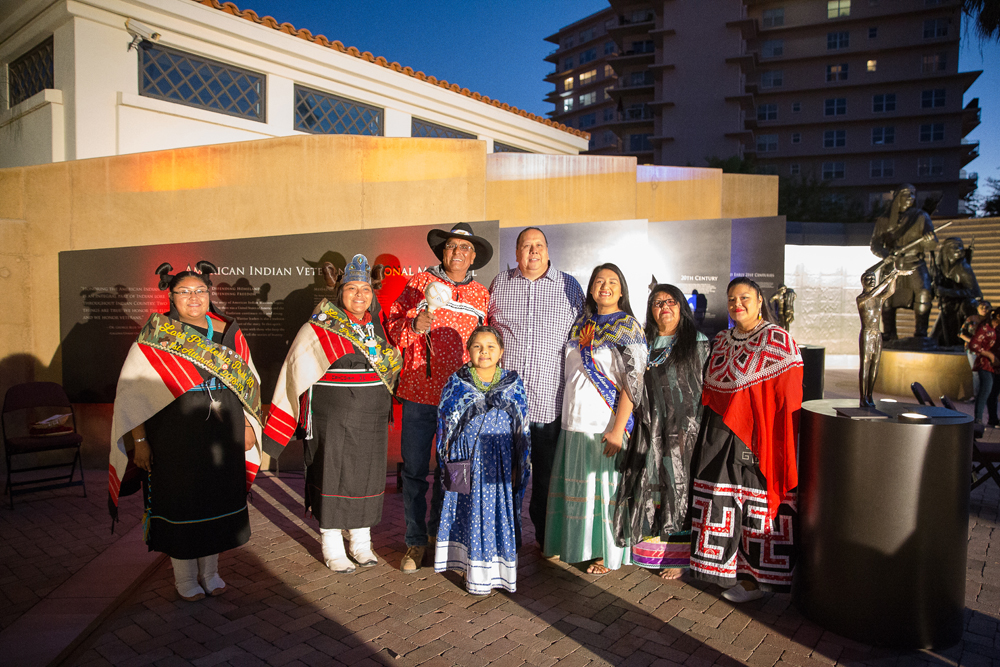