Jalen Joaquin’s return to the 43rd Annual Indian National Finals Rodeo at South Point Equestrian Center in Las Vegas, Nev., did not end in a repeat as saddle bronc world champion but it did end on a positive note and that’s what he plans to build off of moving forward.

“It started out rocky,” said Joaquin of the weeklong event. “I know I didn’t have a shot at winning (overall) but I let it all hang out there and won the round on Saturday night. I got to end on a high note, I had a good horse and proud that I could represent all O’otham people out here.”

The rodeo started on Tuesday, Oct. 23, on his first ride he scored 75 points and was in fifth  place standing. He was bucked off of his second horse on Wednesday. During his ride on Friday night, he did not turn in a score and was out of the running to defend his INFR world champion title.

He was penalized on the “mark out or spur out” rule which requires saddle bronc riders to have the rowels of both spurs in front of and touching the break of the bronc’s shoulders on its first move out of the chute. The rider’s feet must still be in this position when the bronc’s front feet hit the ground for the first time.

“The second round, [the horse] just flat out bucked me off, he was a real, real good horse,” said Joaquin. “I feel like I should have rode him. He kind of got to me a little bit but I finished strong and took the positive from that. I won the go-around for [Saturday].”

On Saturday night in front of a full arena that included Gov. Stephen Roe Lewis and Lt. Gov. Robert Stone, Joaquin rode “Who Made Who” from X3 Rodeo and finished with an 86-point ride, the highest of the round.

He plans to take the lessons he learned from this rodeo as he continues his Professional Rodeo Cowboys Association season.

“There are still a few rodeos going on,” said Joaquin. “I’m going to keep hitting the rodeos and keep conditioning and watching film. I’ll try to critique my riding and take what I did from here and try to improve on that, just taking it one horse at a time.” 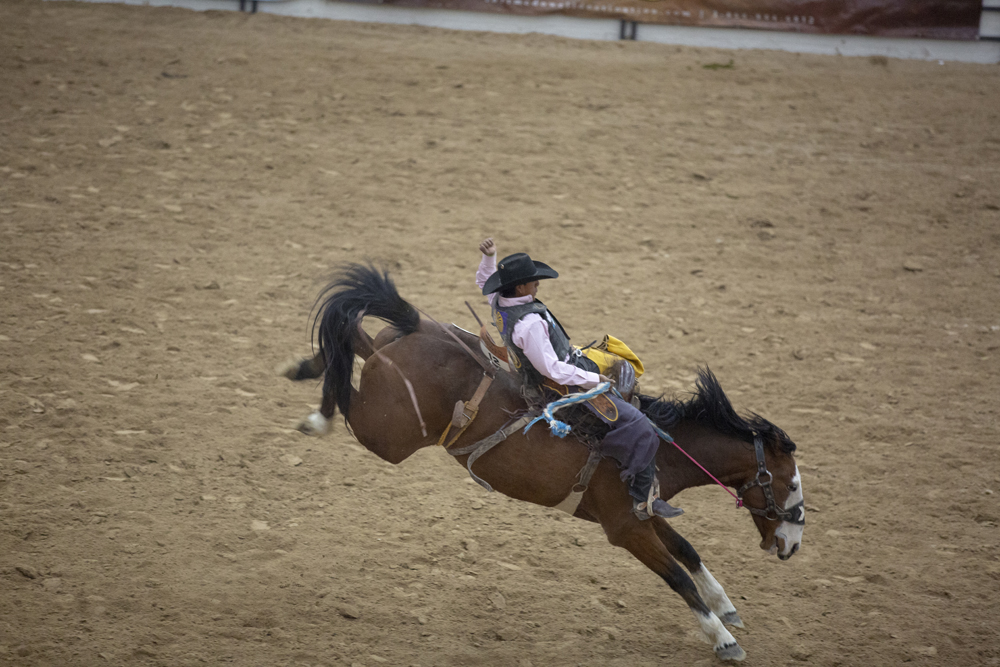 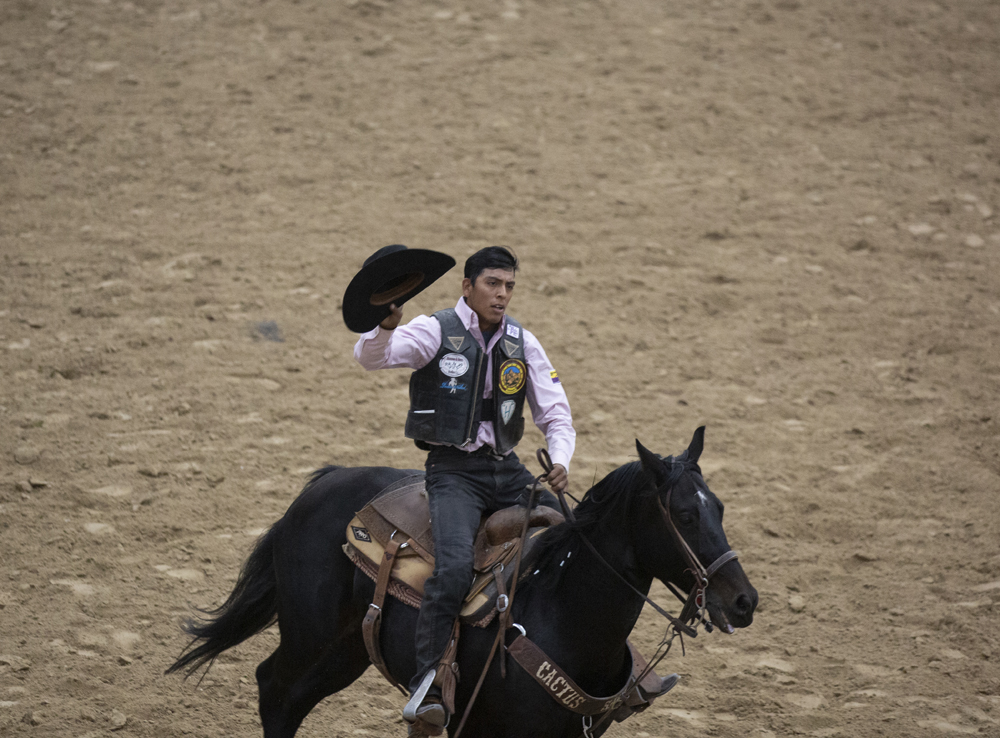 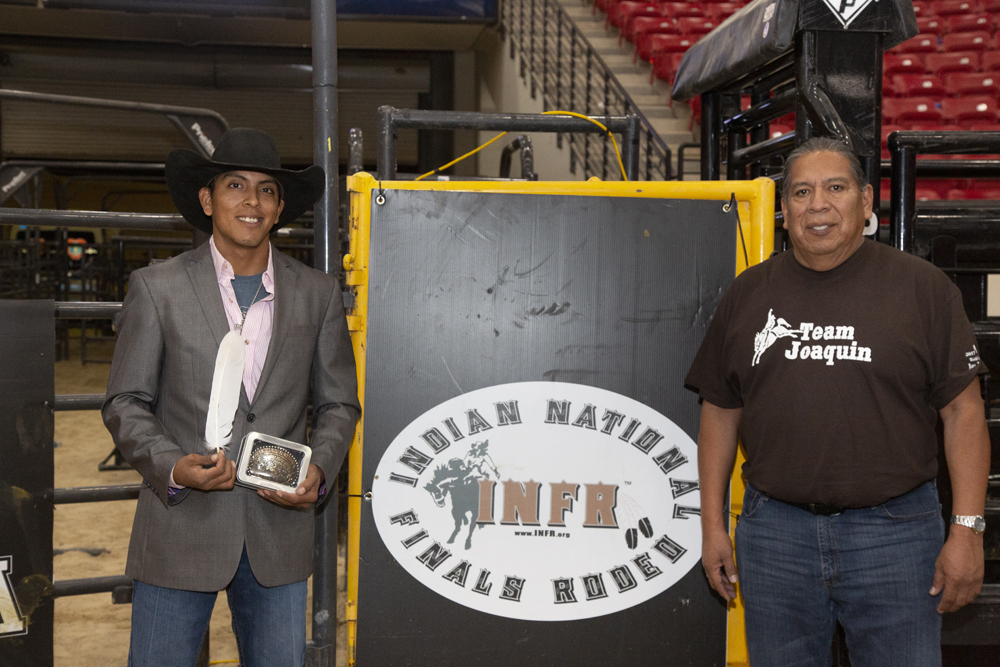 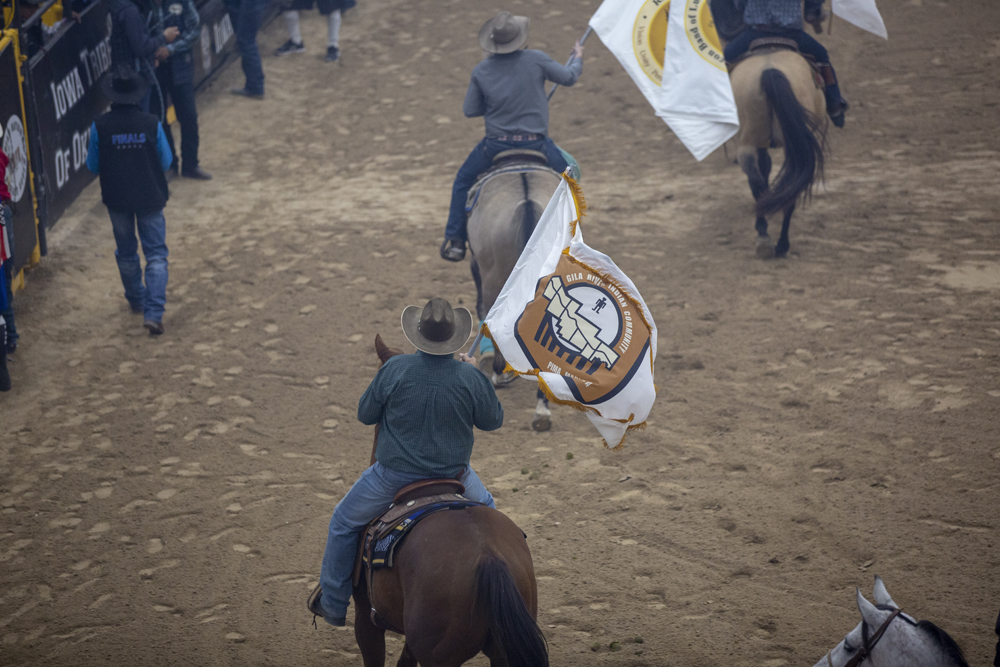