Gila Crossing Community School’s Diego Rhodes is in his first year running cross country but has been quite the all-star rookie.  Just a seventh-grade student, he has finished either first or second during the regular season.

Rhodes is looking forward to running in the season ending finals, which took place on Oct. 31.

This is the first year that Gila Crossing Community School has had a cross country team, being a part of a team is something that Rhodes has enjoyed. Although he has played baseball, Rhodes said cross country is his first sport. The encouragement he hears from teammates and family gives him the motivation to compete at his best during his races.

“I think of them saying ‘good luck’ and that keeps me motivated,” he said.

The ending of races can be nerve-racking for Rhodes because everyone is trying to pass each other before the finish line, saying that you have to keep focused and not get nervous. His nerves have gotten the best of him, being slightly intimidated by another runner at the end of a race.

Every evening, Rhodes runs with his brother and aunt. His aunt is a runner and helps him with tips and has helped him progress this season.

He plans to continue running cross country and hopes to compete in high school.

Being on an organized team, Rhodes learned that he can run longer and faster than he thought he could, attributing his coach and teammates for pushing him.

“Knowing that other racers are giving it their all gives me a chance to be competitive,” said Rhodes.

He also knows the importance of school, saying that his favorite class is the one  that challenges him the most: language arts. He said that he does really well in other classes but that language arts is  challenging for him and feels he is up to the challenge, much like he was when he was losing races to his friends in second-grade. 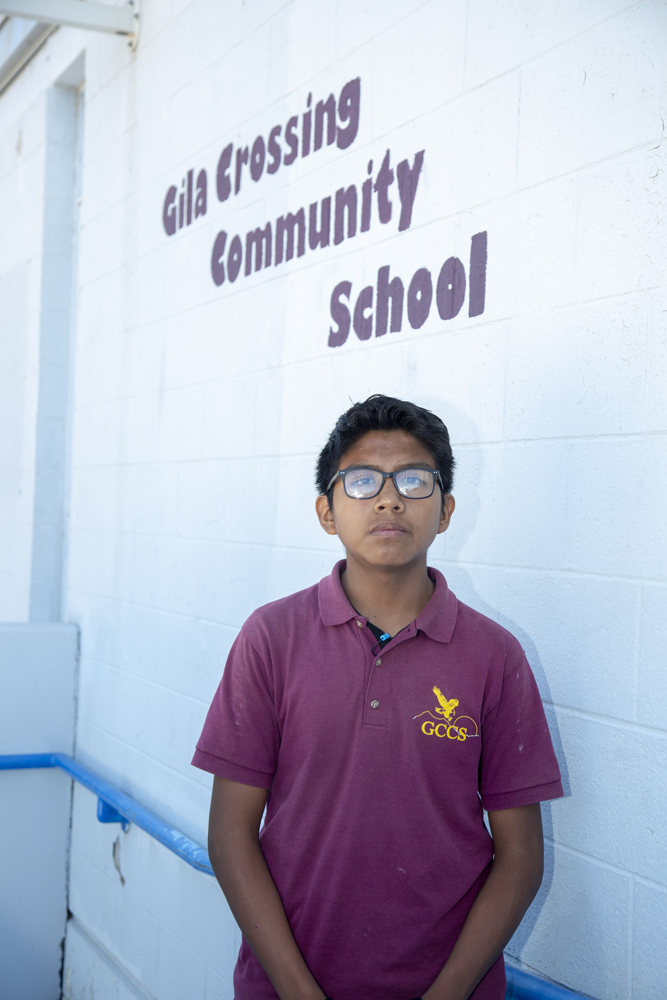