The Gila River Indian Community hosted visitors half-a world away, who are interested in how Native people are thriving in this corner of the globe.

For two days visitors from the Yawuru Native people from the Western Australian city of Broome, toured the Community’s economic infrastructure and government on Oct. 18-19.

Their first stop on the tour was the Gila River Indian Community Utility Authority headquarters located in the Lone Butte area of District. 4.

The visitors are part of the corporate arm of the Yawuru called the Nyamba Buru Yawuru Ltd. It is a not-for profit company, that is owned and operated by Yawuru title holders, who’s purpose is to develop the economic capital of the people.

Their trip is part of a tour to gather information on how Native people in North America are managing their own affairs to achieve self-determination.

The NBY representatives, were greeted by GRICUA Chairman John Lewis and General Manager Leonard Gold, and Board Member Neil Banketewa. Gold answered questions about the history of GRICUA, while Lewis talked about the utility enterprise’s goal of bringing power to the people.

NBY Deputy Chairman Cara Peek, said learning about how other indigenous people are taking care of their people are the same goals they have in regards to the well-being of the Yawuru. She said they weren’t recognized until 1994 and after a series of talks with the Australian government, they are able to move in a direction that provides opportunities to improve their economic situation, culture and health.

NBY Chairperson Debra Pigram, said there are a lot of projects they would like to get off the ground that are related to the development of land. She said a common consensus, that they share with other Indigenous populations, is how to use the land in a way that is respectful to the land and the people.

“A lot of projects going-on, we hold the land collectively for the people, so before it is done, we have to back to the people to receive approval,” said Pigram.

The group said that in their region of Australia, the cost of energy is high and that a need for cost-effective sources of energy has led them to look into solar farms, which like Arizona is a perfect situation for starting such a business.

Peek said, the ideas of looking into alternative forms of energy is part of a strategy to, “To relieve the burden of the people.”

The NBY representatives, also paid a visit to the Gila River Telecommunications Inc. and on the next day, visited the Pee Posh Wetlands, Governance Center, Hau’pal Health Care Center and Huhugam Heritage Center.

The group was impressed by the Community’s ability to build health facilities to address the health needs of the people and the vast array of specialized care that is provided at one facility like the Red Tail Hawk health center.  Gov. Stephen Role Lewis welcomed the group of visitors at GRTI, after their day of touring some of the Community’s economic infrastructure.

“It’s really an honor to have you coming to our homelands, the Gila River Indian Community. I think it might be similar with the desert landscape, we have been traditionally agriculturalist, who lived off of the bounty of the Gila River and Salt River,” said Lewis.

He talked about the Community’s water rights and being proactive in advocating for a better way of life for its members.

“I am glad that you can take a lot of our contemporary achievements, some of the great economic development opportunities, that we have been able to grow. We are celebrating 30 years in being able to grow our economic infrastructure, with GRTI,” said Lewis.

He said, although the Community has taken leaps forward in other areas of the progress away from farming, it is indicative of the same values practiced by the Akimel O’otham of the past. 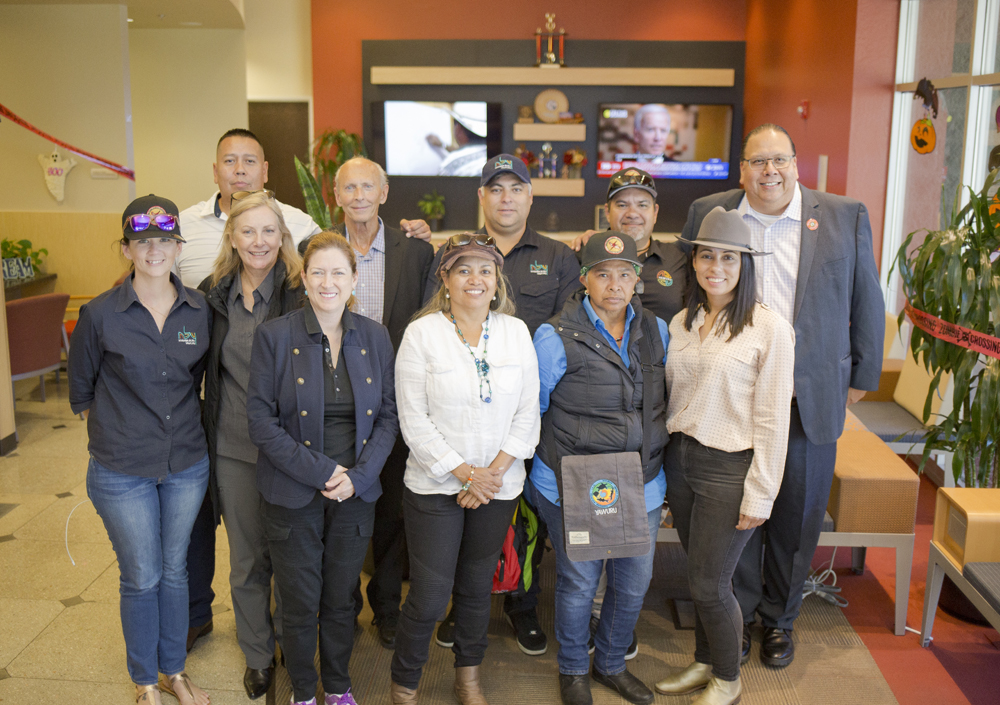 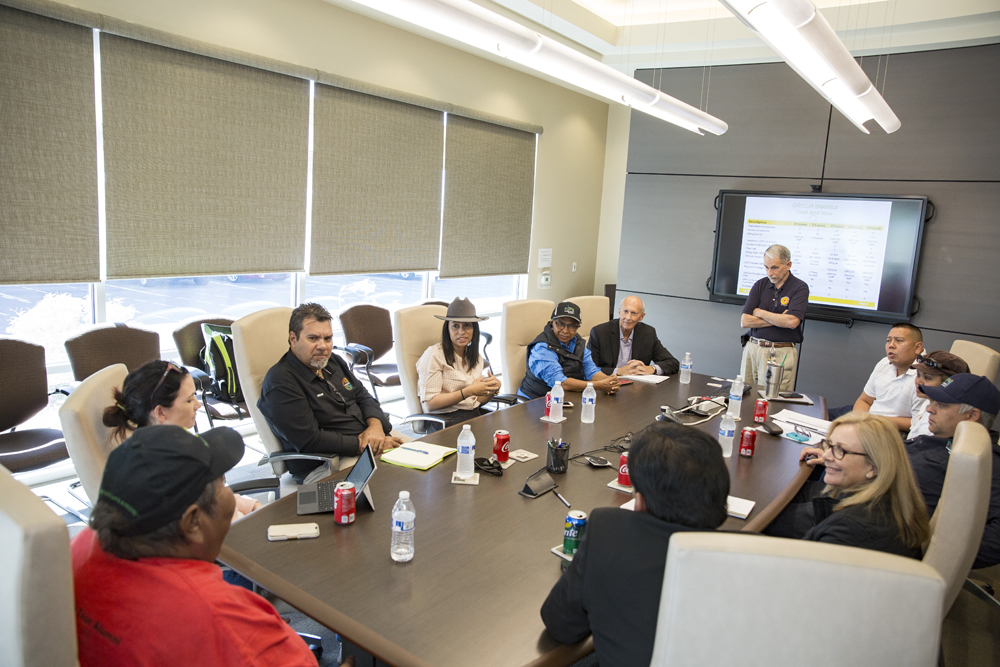 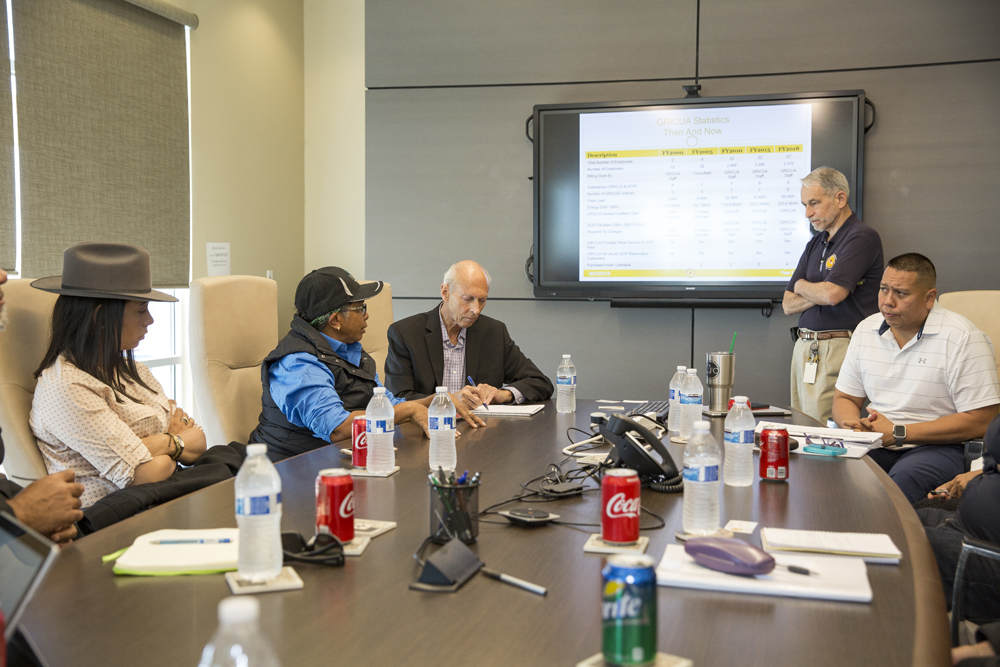 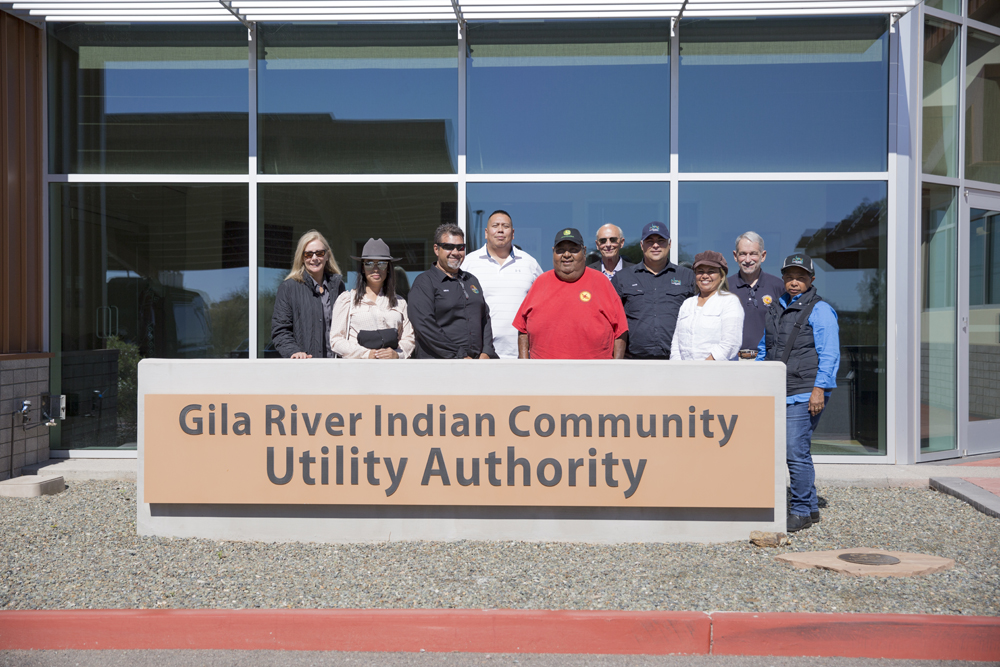 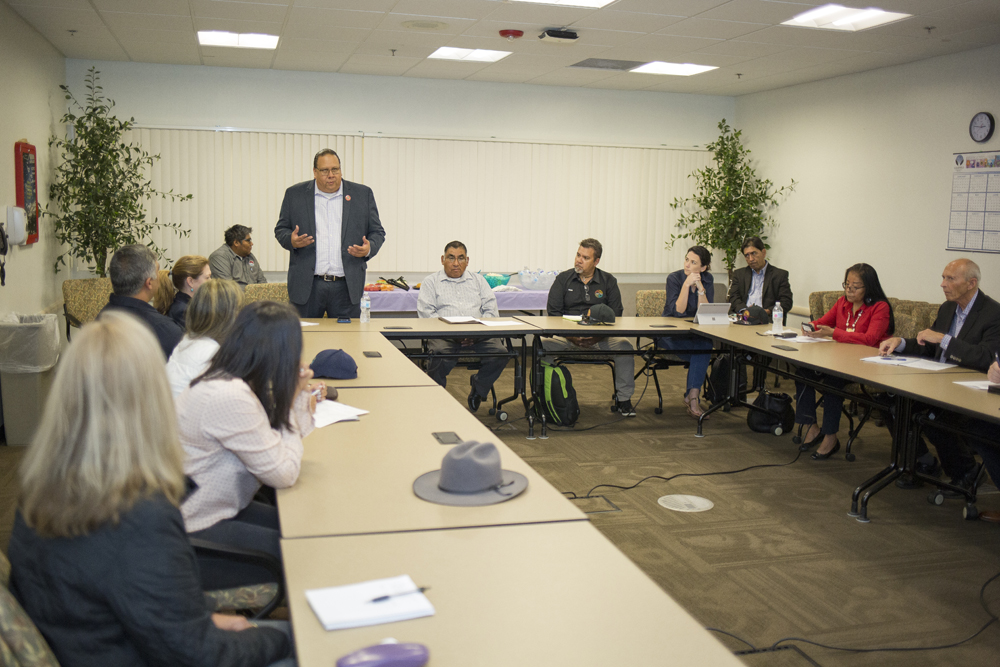 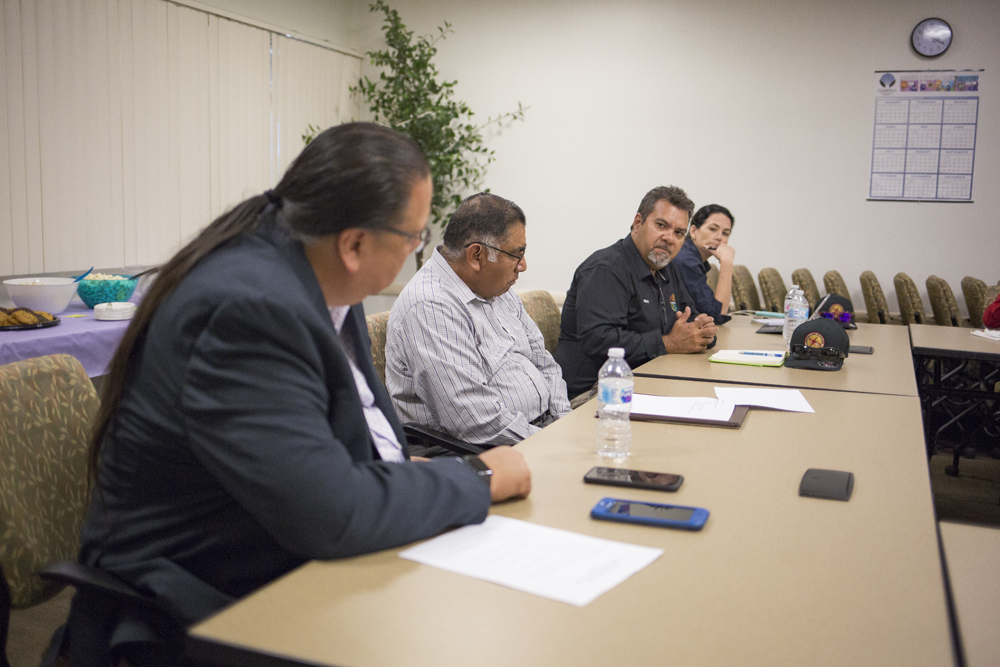