The Gila River Indian Community and a national water advocacy group, hosted a Tribal Water Summit to review how water management is carried out by tribes across the Western part of the U.S.

At the Wild Horse Pass Hotel & Casino, Gov. Stephen Roe Lewis and GRIC representatives, spoke about the Community’s management and use of Central Arizona Project water at the summit on Oct. 25-26.

The summit, co-organized by Westwater Research, brought tribal voices together around regional water issues and how Native communities are using litigation to move water policy forward at the local and state level of government.

Gov. Lewis talked about the Community’s long history of ties to the Gila River and how it was the life source of the Akimel O’otham, who are the descendants of the Huhugam, an industrious people, who farmed what is now the Phoenix Metropolitan area.

“The Huhugam, built an extensive network of canals that rivaled the River Nile Valley, that is how advanced the people were, that farmed, what is now Phoenix,” said Lewis.

He said the same principals the Huhugam valued continue today, as the Akimel O’otham and Pee Posh revitalize the land through the Community’s water rights settlement.

“When we talk about the issues that we are facing, it is great that we can meet and talk about how we can tackle them here today,” said Lewis, “It’s about how we are going to be charting our use of water through effective water management for future generations.”

Gov. Lewis was honored by WilmerHale, a law firm based in Washington D.C., on behalf of his late father Rodney Lewis, for his tireless efforts in Indian law on water issues. WilmerHale partner Michael Connor, said Rod was a champion for all tribes, who continue to advocate for issues related to natural resources, like water rights.

Others speakers, who presented at the summit talked about the need to protect access to traditional waterways that have been used by Native peoples for fishing and other recreational uses.

He said maintaining tribal rights to water is always going to be an on-going negotiation between Native tribes and governments. He said for tribes, who have gained their water rights, a good leadership is the most effective way to maintain and manage water, as increases in demand rise over the short and long-term future.

District. 4 Council Representative Barney “BJ” Enos, Jr., talked about the financial management of CAP water to offset the costs of bringing it to GRIC.

Enos talked about the implementation of the Community’s water plan, which was adopted in 2015 to increase farming and recreate the Gila River in an affordable way.

On another panel called “What Approaches are Tribal Water Departments Taking,” Pima-Maricopa Irrigation Project Director David DeJong provided an overview of the construction of the PMIP canal system that brings CAP water into the Community. One of the main points of the presentation talked about the history of the Gila River and how it was dammed upstream of the Community and the subsequent 2004 Arizona Water Settlement Act, that allowed the Community to get an allocation of CAP water.

DeJong said, “a lot of what we do, is within the context of history, we are constructing this new system on the shoulders of a 2000 plus year history of agriculture in Southern Arizona.” He said at the height of the Community’s agriculture, it was the center of 15,000 acres of producing agricultural produce.

He said what has led to the Community’s success is having the foresight of knowing what was needed to ensure the development of land for agricultural use, that was made possible through a, “Strong political leadership that goes back to the last hereditary chief Antonio Azul, to restore the water, because they understood how important it was to the Akimel O’otham and Pee Posh people.” 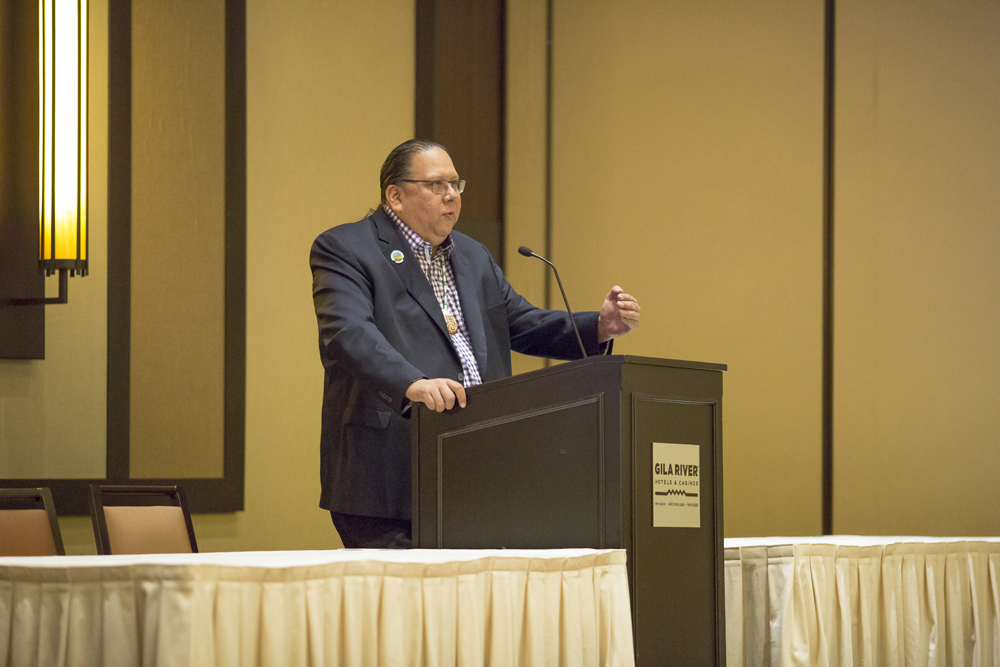 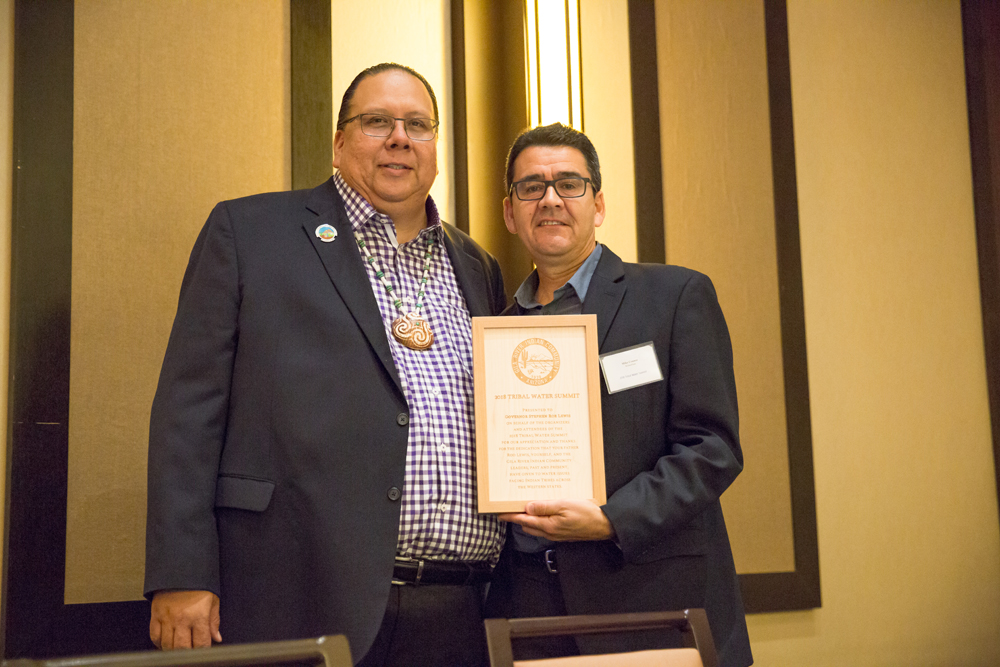 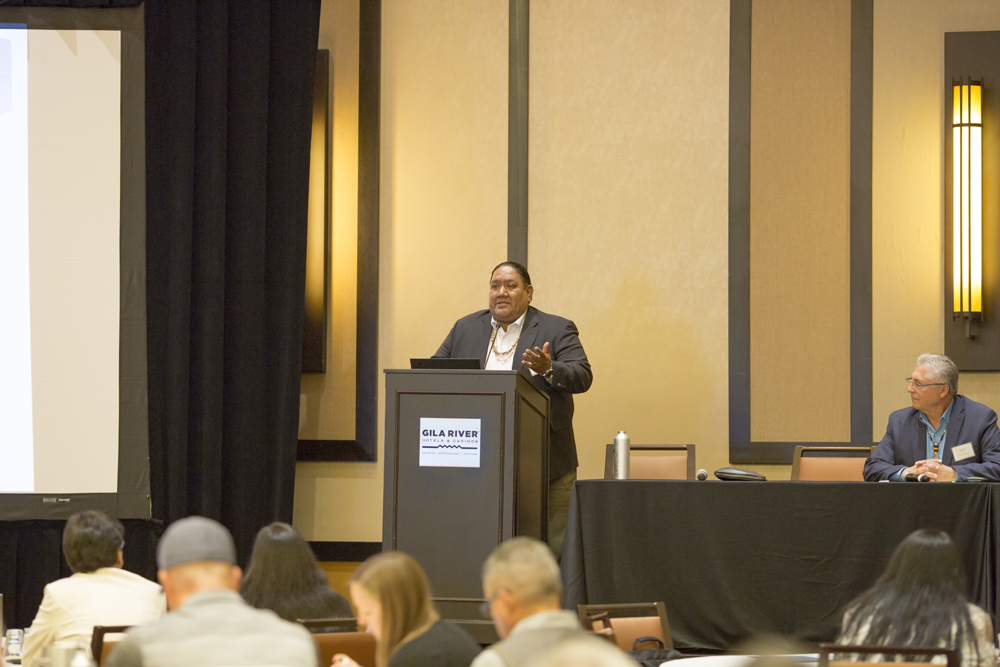