September was Suicide Awareness Month but the Gila River Indian Community knows it is an important subject year-round.

Two years ago, Gila River Health Care Behavioral Health Services in a collaborative effort between GRIC departments established their own suicide prevention initiative with the creation of the “Yes 2 Life” campaign.

BHS Prevention & Education Specialist Anna Pacheco said, “The topic of suicide is unique to each person; however, there are general warning signs to look for such as drastic change in behavior, withdrawing from others and recent significant losses.”

She said trainings like ASSIST and Safe Talk are some of the ways people can understand more on how to talk about suicide in their home, work or community. “It doesn’t mean that we can’t learn some of the basic general behaviors and feelings of loss, loneliness and burden, those types of things,” said Pacheco.

The main goal of the Yes 2 Life campaign is to open dialogue about suicide and how to detect warning signs and which resources are available for someone seeking help.

The Community formed an advisory group with GRIC departments to take an initiative on suicide and to address the issue with common ideas and goals in mind. To back the campaign, Gov. Stephen Roe Lewis penned a letter to the Community schools supporting educators and personnel to receive training on trauma and suicide prevention.

Departments learned to strengthen their response to suicide awareness with trainings while continuing to assist the Community members they serve.

Pacheco said, “The goal of how can we improve our systems to really reduce and hopefully eliminate suicide is what we all strive to do, because it’s about doing our effort and making an impact.”

Gila River Health Care also partakes in the Zero Suicide initiative which is a commitment to suicide prevention in health and behavioral health care that includes a national coalition of organizations focused on suicide prevention.

“We really rolled out heavy last year with the initiative, but it first started out in 2015 (when Suicide GAP work group was formed), we involved a lot of departments from the Community, GRHC, public safety and probation and many other departments coming together and working on the suicide initiative together,” said Pacheco.

The campaign is about seeing the value of one’s own life and how that fits into the bigger picture of what a community is and how they belong to it. The Yes 2 Life symbol is a blue triangle with the characters “Y2L” inside. “The triangle is that symbol for change, it’s that idea that change is needed and we want to say “Yes to Life,” Pacheco said.

This year’s campaign focused on nurturing relationships between family and friends and what to consider when approaching someone who may be dealing with a crisis. The campaign also included a contest for third to 12th grade students, and adults 18 and over to submit either a poem, essay or artwork. The contest was a collaboration between GRHC and the Tribal Education Department. The winners were announced on Oct. 3 in the main lobby of the Governance Center in Sacaton.

TED Director Isaac Salcido said the turnout was larger than last year and as a partner in helping raise awareness on issues like suicide, it is important to get the participation of the Community’s youth in the contest.

Overall, 180 entered the contest, and even though they didn’t all win, TED Case Management Coordinator Gale Rawson said, “I just want to reiterate, that anyone who enters is a winner. What you have to say matters and someone will listen to you.”

The campaign included a series of workshops and trainings through Safe Talk, Mental Health First Aid trainings and Lunch and Learn: Question, Persuade and Refer training.

To wrap up the month-long campaign of events a Yes 2 Life block party was held in District 6 at the Boys & Girls Club Komatke Branch on Sept. 29. Although, the events took place during the month of September, the idea is to know something can be done to address or talk about suicide throughout the entire year. 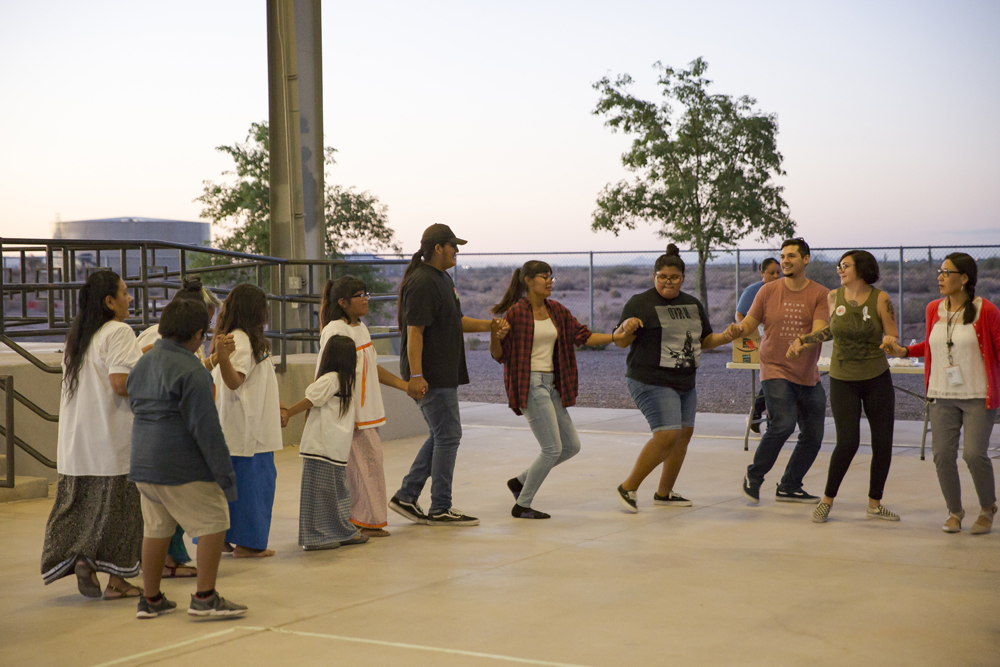 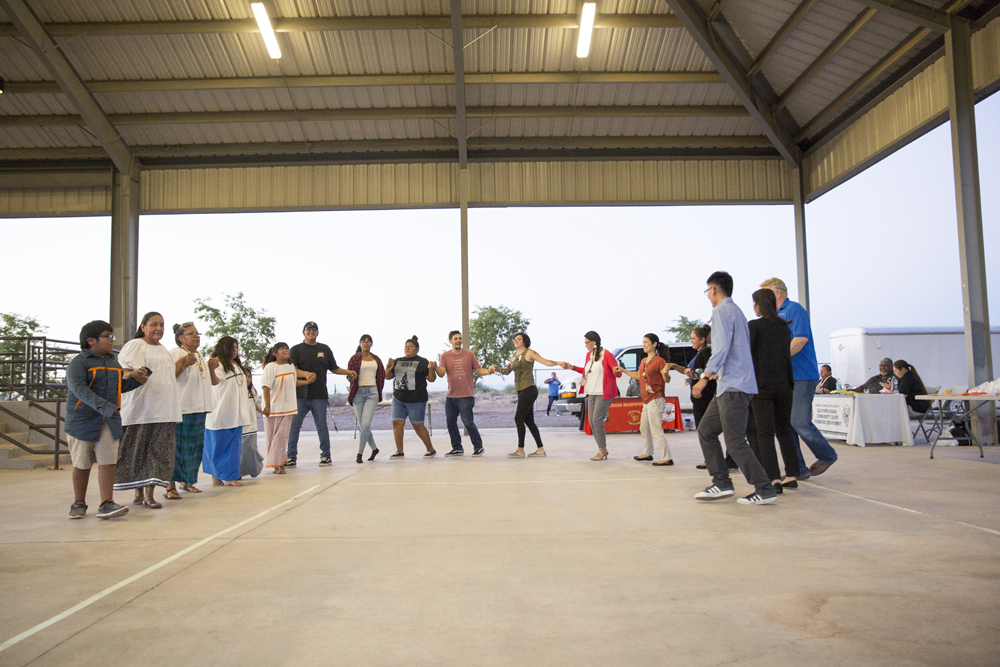