Jalen Joaquin, 23, will be returning to the Indian National Finals Rodeo (INFR), at the South Point Arena and Equestrian Center in Las Vegas, Nev. from Oct. 23-27, aiming for a repeat as saddle bronc champion rider.

“There is definitely a little bit added pressure,” said Joaquin of defending his championship. “It’s a little tougher to win another title while defending a title. The pressure is there but you have to take it one horse at time and keep the mindset that it’s a marathon and not a sprint.”

Joaquin qualified for the INFR by virtue of winning the Navajo Nation Rodeo Association (NNRA) region. The NNRA uses a point system based on rodeos throughout the season that take place in New Mexico and Arizona. For the second consecutive year, Joaquin emerged from the NNRA as the saddle bronc champion.

At the INFR in Las Vegas, Joaquin’s first ride will be on Tuesday, Oct. 23, at 7:00 p.m., his second ride will be on Wednesday, Oct. 24, at 1:00 p.m. Depending how the first two rides go, he will advance to ride either on Thursday or Friday. If he does advance to the championship round, that will take place on Saturday, Oct. 27.

“I’ve been preparing all year,” said Joaquin. “I’ve been working out and conditioning, watching film…trying to get those little edges on how I can improve. I’ve been looking forward to it, it’s in the back of your head that you might not qualify, but at the same time it’s very accomplishable if you put your mind to it.”

At the age of 14, Joaquin started riding saddle bronc after watching old National Finals Rodeo re-runs and was approached by his father to give it a try. Unbeknownst to him at the time, he learned that the Joaquin family has a long lineage of saddle bronc riders.

“Carrying on that tradition for our family is part of the reason why I love riding bucking horses,” he said.

He said the buildup to the ride provides pure joy and excitement from petting the horse before putting on the halter to the nod and finally the ride, gives Joaquin the joy to keep riding.

In addition to competing in the NNRA, Joaquin also competes in the Professional Rodeo Cowboys Association. He was named the 2018 Rookie of the Year for saddle bronc riding. Overall, he finished second on the PRCA tour.

Joaquin is a Gila River Indian Community member from Lower San Tan in District 4 but learned to ride and started his career at his family’s ranch in the Santa Rosa community in the Gu Achi District of the Tohono O’odham Nation. 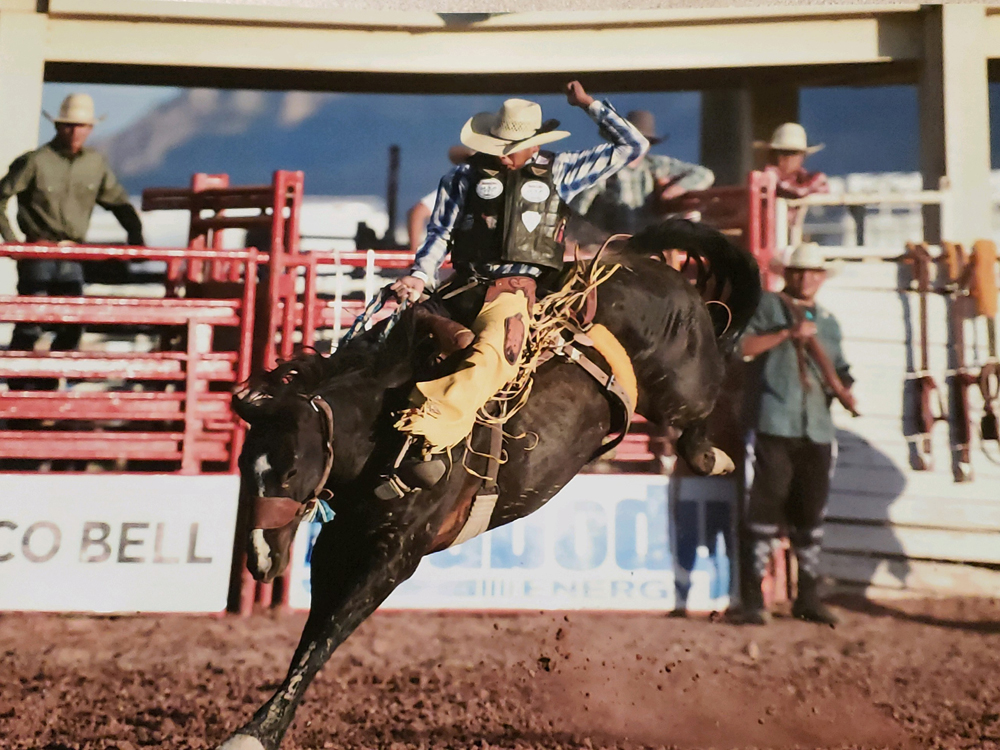 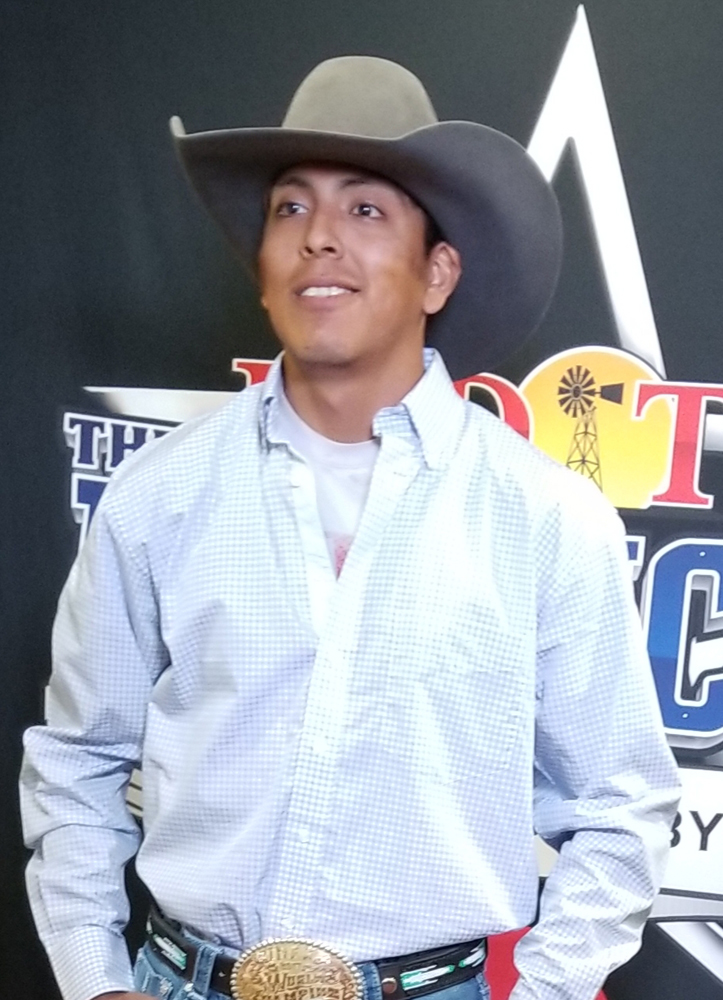