The Department of Environmental Quality recently concluded a study on the chuckwalla population found at South Mountain to determine how genetically unique they are compared to other chuckwallas in the region.

Chuckwallas are large lizards that live among the rocks and boulders of South Mountain, and the colorful reddish tails of the males prompted a genetic study to see how exclusive they are among other populations. Chuckwallas can be found as far south as Central Mexico and the unique physical trait of the South Mountain chuckwallas are not found anywhere else.

“Chuckwallas are not an abundant animal to begin with, but this population in particular was unique, because it is the only population known where adult males have this bright orange tail,” said DEQ Senior Wildlife Biologist Russell Benford.

Benford said every other population of chuckwallas in the world, from western Mexico up to the deserts of California, Utah and Nevada, is without the same physical trait as the ones found in South Mountain.

The Loop 202 South Mountain Freeway, runs through their natural habitat, and unlike other animals that can move away from a particular threat to safety, chuckwallas don’t travel like other animals. “[Chuckwallas] don’t move more than a few meters in their lives, they find a good rock to crawl underneath and that’s where they live,” said Benford.

On three occasions in September of 2016, April of 2017 and June of 2017, chuckwallas were relocated in a joint effort by the Department of Environmental Quality, Arizona Game and Fish and Arizona Department of Transportation. The chuckwallas were translocated into safe areas within the Community and farther up into the South Mountain Regional Park away from the construction.

During the process of moving them, the team of wildlife biologists marked them with paint to track them, while others were affixed with little radio transmitters to follow their movements after being translocated. To investigate their genetic characteristics, skin samples were taken to determine if the population is distinct from other populations. The tests determined that South Mountain chuckwallas are genetically distinct, which serves a practical use in the preservation of the scaly creatures.

“To investigate that hypothesis, we did a couple of things. First, we got similar skin samples from other chuckwallas down in the Sierra Estrella and Sacaton Mountains,” said Benford, “These are all geographically close populations, but they’re separated of course, by a lot of human activity and a lot of flat desert.” Chuckwallas generally avoid human contact and aren’t often seen in flat desert.

Benford said genetic information from scientific databases on other local and regional chuckwalla populations was looked at to compare to the South Mountain chuckwallas. Due to the limited numbers of chuckwallas and their unique physical and genetic characteristics, they could qualify to be protected under federal law. With the consent of the US Fish & Wildlife Service, regulations could be put into place on future activities that may harm the chuckwallas.

Benford said the results of the genetic tests could open further studies within the world of wildlife, since the scientific literature on chuckwallas is limited. 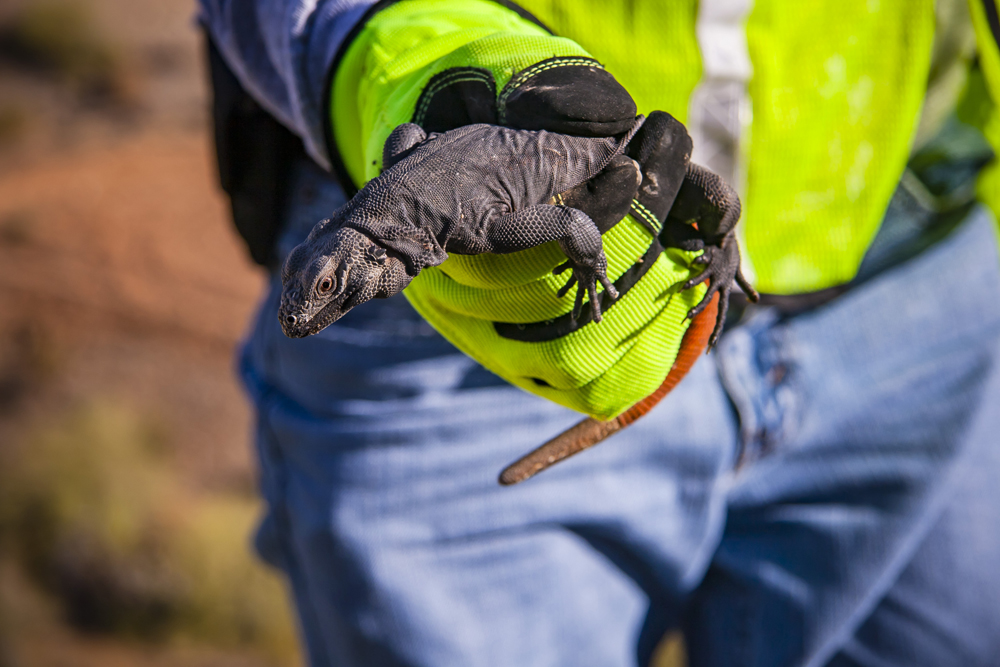