Community member Lee Nasewytewa, a senior at Desert Vista High School, had a top-10 finish at the Nike Desert Twilight XC Festival held in Casa Grande on Sept. 28. He ran in the Sole Sports Sweepstakes race, the most competitive race of the night, which featured the top runners and teams from across the Southwest.

“It was a great race,” said Nasewytewa. “I loved the competition, everybody coming down from Colorado, New Mexico, Utah and Nevada. I ran [15:16] which is still good. I’m satisfied but me, personally, I feel like I could have executed that race better than I just did. I guess I just went out too fast but I’m still satisfied.”

As a team, Desert Vista finished in sixth place with a team score of 217, three-points behind the top finisher from Arizona, Page High School. There was a total of 30 teams in the exclusive Sweepstakes race, which were hand-picked by the race committee to ensure top-notch competition.

“We competed,” said Desert Vista head coach Chris Hanson after the meet. “I think we still have some in the tank and we’re going to find it. I wouldn’t use the word ‘disappointed’ but I wouldn’t say elated, either. We had some good teams here from the southwest, obviously, a team from Texas who is nationally ranked. We toed the line with them but we didn’t come out on top.”

The state of Colorado also had a strong showing with Niwot, Durango and Air Academy all hailing from the Rocky Mountain state. The top two finishers, Valor Christian’s Cole Sprout (14:33) and Niwot’s Cruz Culpepper (14:43), were from Colorado and currently their times rank as the fastest in the nation for a 5K race.

“He set a school record and that’s saying something,” said Hanson of his top runner. “He’s got more to go and more to give and he knows it. He’s fit, we just got to sharpen our racing skills a bit. You either get worse or get better and we plan to do the latter. We’re excited for Lee.”

Desert Vista is the four-time defending state champion and will have a break before their next meet on Oct. 20 in Walnut, Calif. at the Mt. SAC Invite.

“We have to focus on running as a team and work towards getting our spread down, the team aspect is way more important than the individual aspect,” said Nasewytewa on his outlook for the rest of the season. 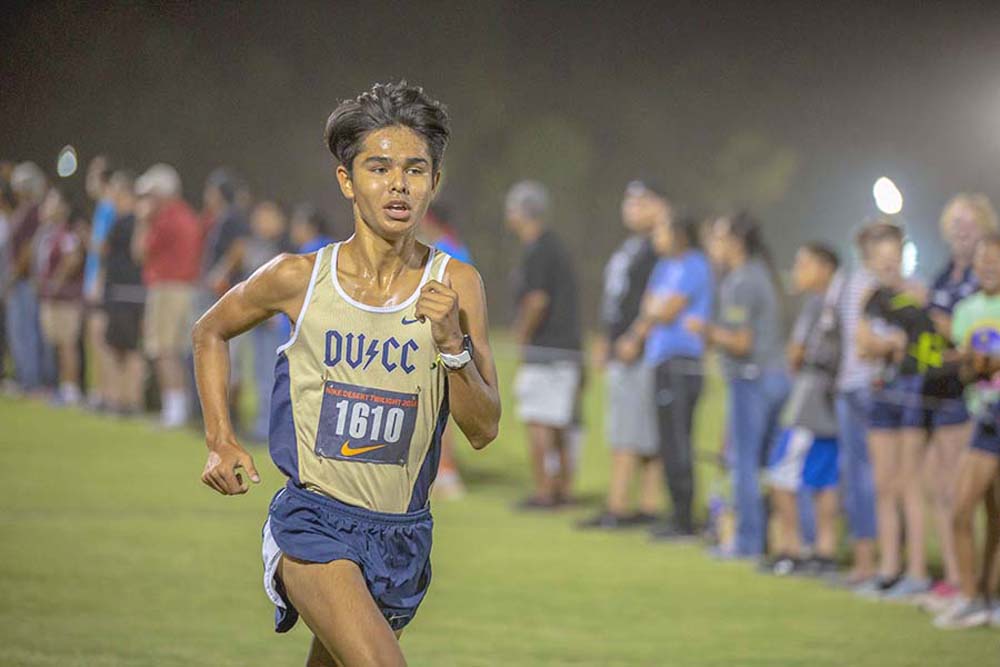 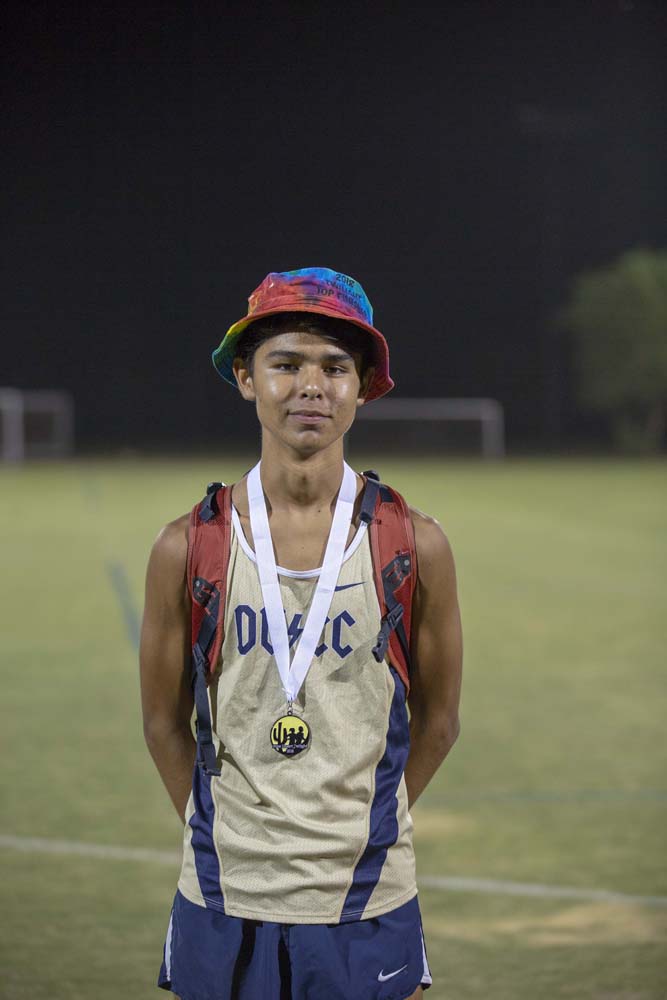