Gila River Police officer retires after 20 years in the Community

In 1998, the Gila River Police Department was hiring 30 new police officers as they transitioned from under the Bureau of Indian Affairs. Joaquin Manuel, from Tucson, applied and came to Sacaton for one of the positions. 20 years later, the now-sergeant is retiring from the force.

He is retiring but will be stepping into a reserve police officer role. His career was celebrated during a department retirement luncheon on Sept. 27.

Over the course of his career, Sgt. Manuel served in a variety of capacities starting as a patrol officer before serving as a detective, corporal and sergeant of patrol officers and school resource officers. He was a part of many specialty units including the gangs/community response team, crisis intervention team, special response team and special weapons and tactic team. He was also a field training officer.

He had been in a supervisor role for the last 10 years and had a passion for working with the Community youth, serving as head of the cadet program.

“It’s been a great adventure,” said Sgt. Manuel. “I owe this community everything. For them to entrust me to serve the Community for 20 years, to feel a part of the Community for so long, being able to call this place my home, really.”

In the post of reserve officer, Manuel will still be commissioned to work out in the field but it’s a volunteer basis of 16 hours a month.

“I’m looking forward to still being involved in the Community and continuing to bring awareness,” said Joaquin, who has been a part of many youth initiatives like DARE among others.

During his retirement ceremony, Police Chief Kathleen Elliot thanked him for his service and commitment and joked that they weren’t going to let him go and that is why he will be serving as a reserve officer.

Also, speaking at the event was Lt. Gov. Robert Stone and Manuel Johnson, intergovernmental liaison. District 4 councilwoman Monica Antone also said a few words, reminiscing about the “police building” that Manuel first came to when he applied, which was a house and touched on his commitment and sacrifice over the past two decades.

“I’m glad that you chose Gila River and became a Community member,” said DeLowe, telling the audience how many people would ask which district Sgt. Manuel was from because his last name is a common name in the area. “Oh, he’s from district 8. He got to know a lot of different people and he became like family to us and to the Community.”

DeLowe fought back tears while discussing the 2005 homicide of his son and how Manuel and Sergeant Timothy Chavez were there for him through the difficult time and how much he appreciated it.

Another fellow retiree, Raymond Soto, let Manuel know that despite retiring he is not done working because the hard work starts at home, letting him know of the honey-do list that will be waiting for him at home that includes chores like vacuuming and laundry.

“He was always dedicated to this Community,” said Soto. “Even though he is non-Native, you probably wouldn’t even know that because he worked really hard and got involved in the Community. His special touch was with the youth of the Community.”

In attendance with Sgt. Manuel was his wife, three sons, two brothers, a sister-in-law and his mother. They were thanked by everyone who spoke for allowing Manuel to serve on the police department, understanding the sacrifice it takes to be on the force for 20 years. 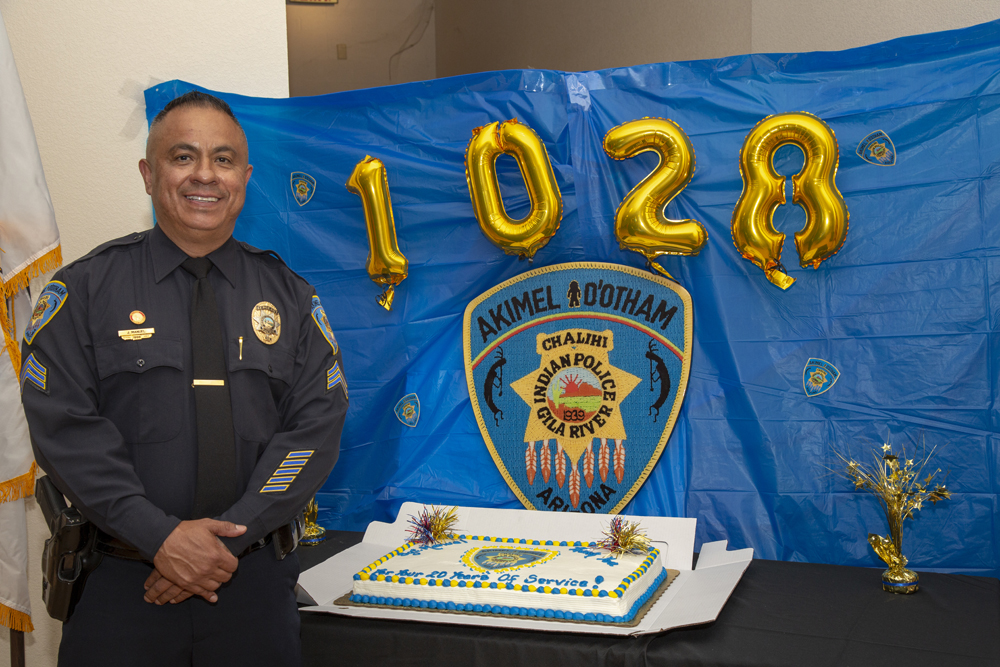 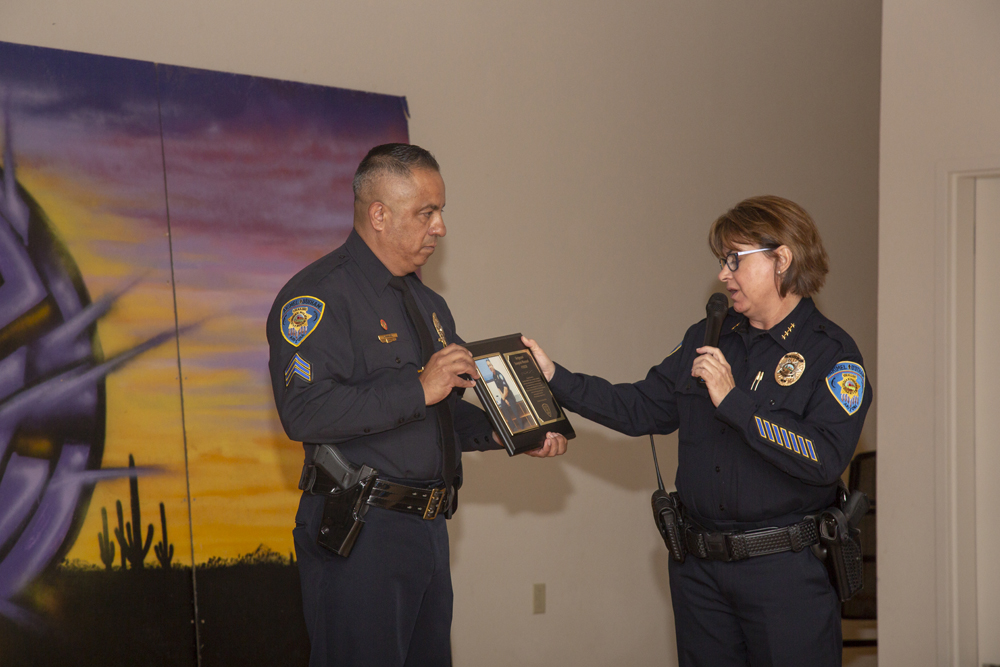 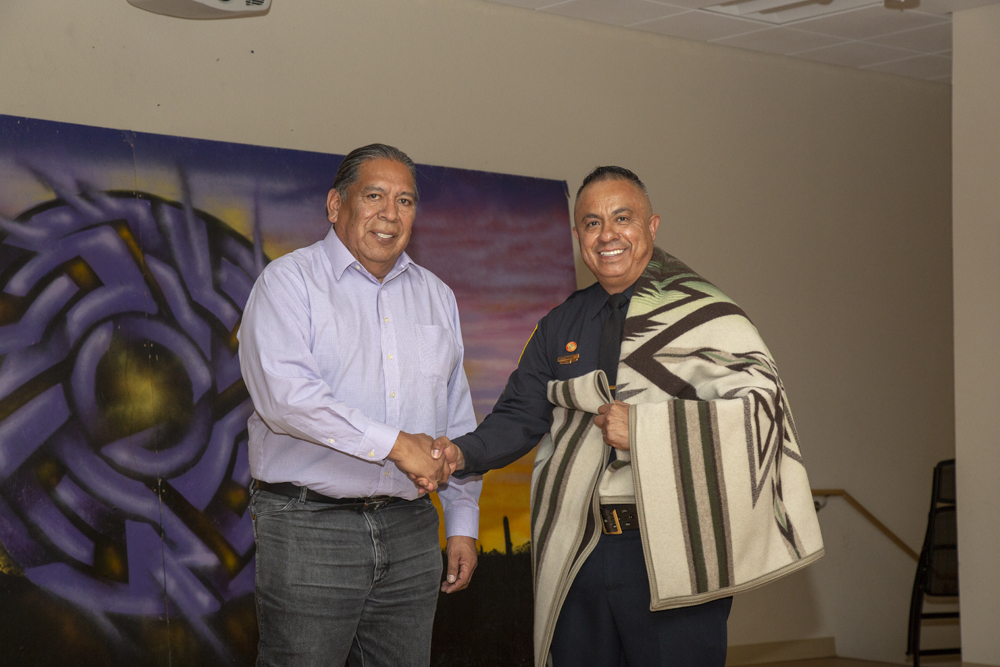