According to Keller, the Community focused on Gila Crossing as their “pilot project” for the new school funding concept. “The concept was simple: we construct the school, we finance the construction, [Bureau of Indian Education, the Department of Interior] leases it back to us in a commercial lease,” said Keller.

In “The New Realities of Indian Health Care,” Everling outlined data from Indian Health Services and the funding of Gila River Health Care facilities. Gold was on the “Renewable Energy: Unleashing Limitless Energy on Indian Country,” panel and gave a presentation called “GRICUA’s Solar Project Journey,” which highlighted the development of a utility-scale solar project.

Friend of the Lewis family, John Echohawk, Executive Director of the Native American Rights Fund, formally introduced Lewis and recalled his close friendship with Lewis as well as his father, the late Rodney B. Lewis.

Lewis’ award included an alabaster sculpture by artist Robert Dale Tsosie and an eagle feather from the Grey Snow Eagle House in Oklahoma.

Lewis also recognized the NAFOA staff and thanked the Pueblo of Santa Ana for hosting the conference. Lewis also thanked his friend, director Chris Eyre, who was in attendance.

“Governor Lewis is a pillar of our community who deserves the highest honor we can bestow,” said NAFOA President Danforth. "His lifetime dedication and commitment has paved the way for a brighter economic future for not only the Gila River Indian Community but for all Native people.” 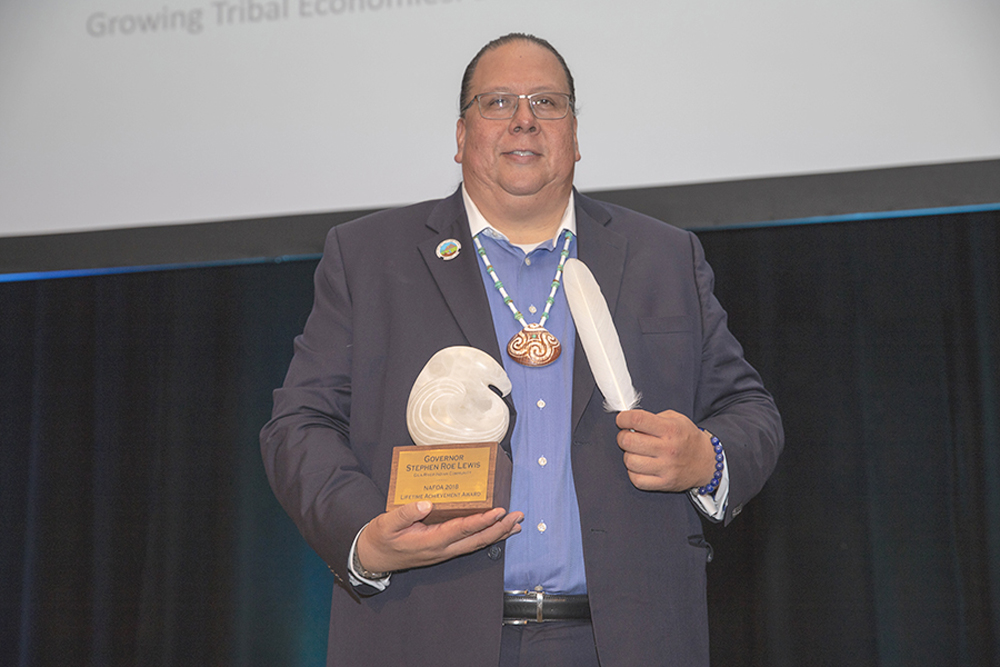 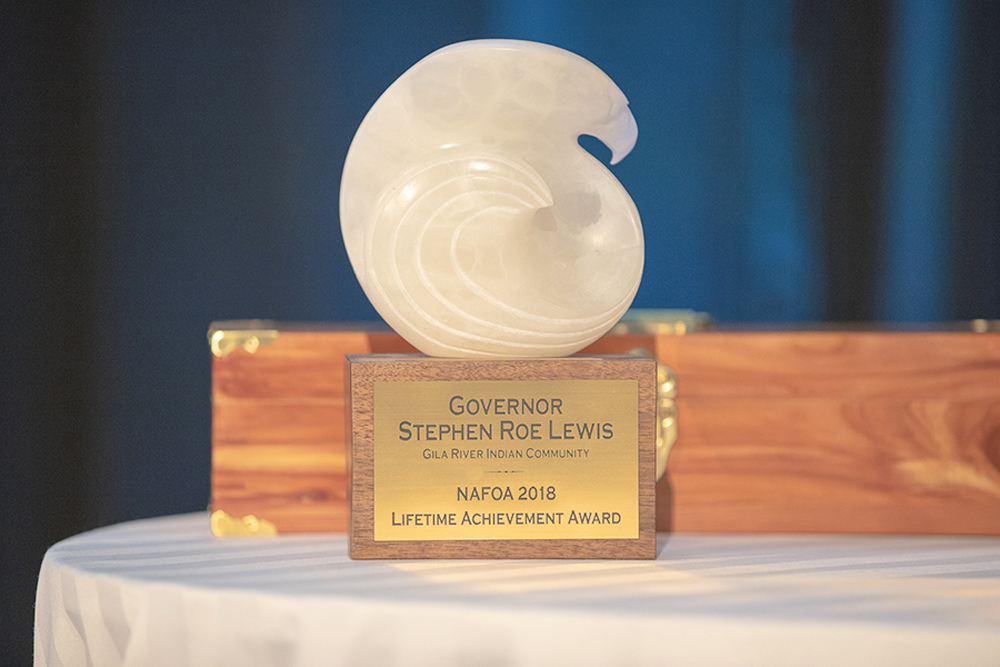 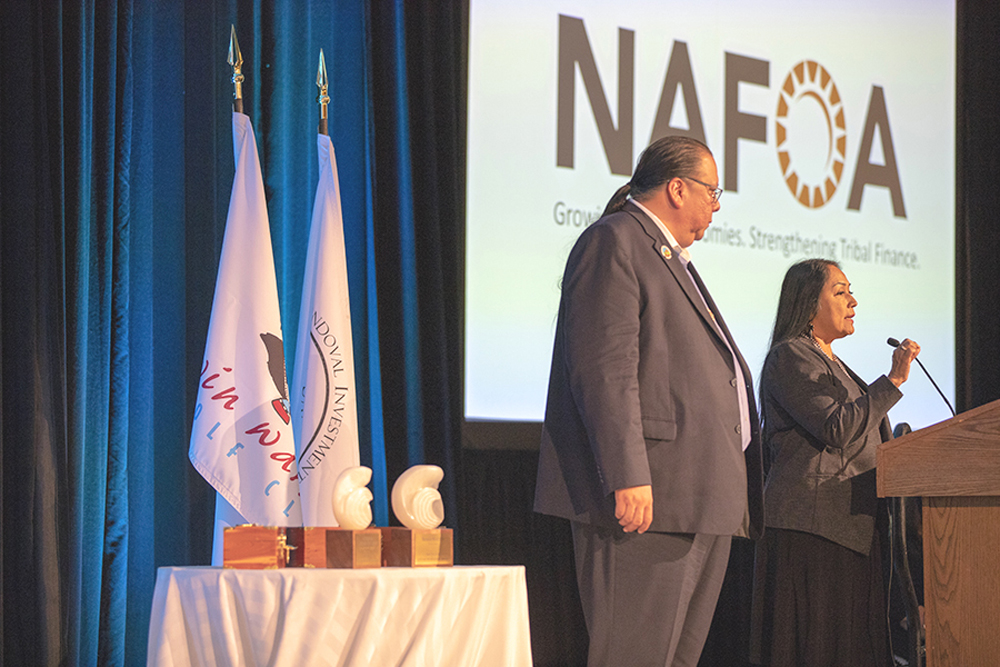 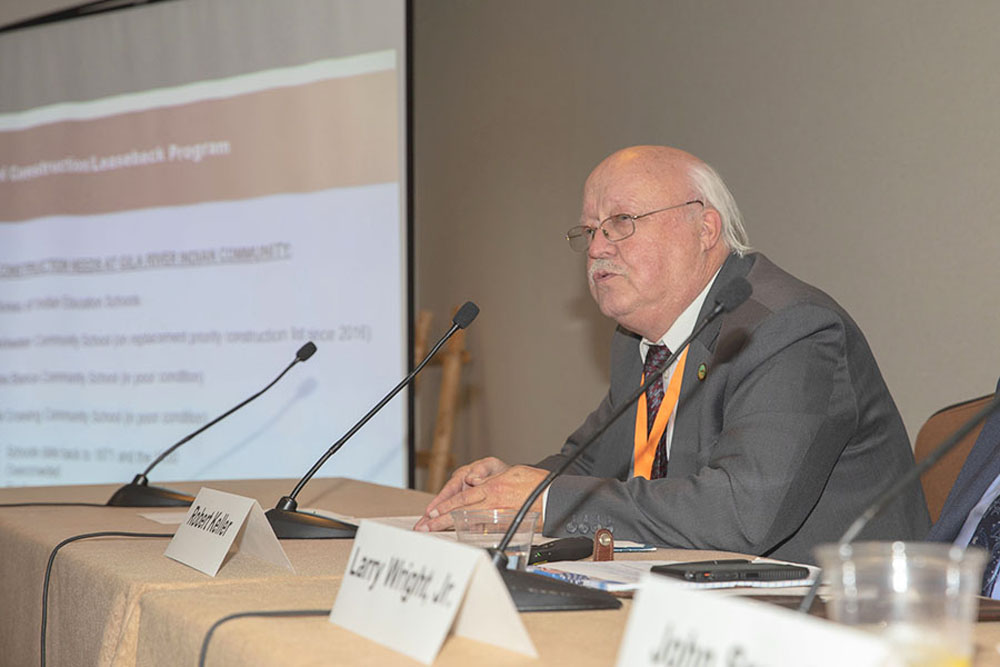