Veterans  came out in full force to learn about their benefits and other services at the O’otham Veterans Celebration held at the District 2 Hashen Kehk Multipurpose Building on Sept. 15.

The O’otham Veterans Celebration is an annual event that has grown outside the boundaries of the O’otham tribes and is inclusive of Native veterans from other tribal communities. It is synonymous among the Community’s veterans who come out to the event to share stories of time served in the armed forces and of the benefits available to them.

“We are involving different departments this year that we haven’t before,” said OVC Chairman Douglas Juan, who served in U.S. Army as a Helicopter Crew Chief. He said the celebration grows each year, which in this case brought over 95 veterans under one roof.

He said the event is not just about a one day gathering, but the services and representatives that are present to help veterans learn about the services they qualify for through healthcare systems like the U.S. Department of Veterans Affairs.

In what is called the most comprehensive system for assisting veterans, it can be a challenge getting through the system, but even daunting not knowing who talk with to get started.

A goal of the O’otham Veterans Celebration, is to bring the resources to them, which can be difficult for veterans, who have a disability, no transportation or inhibiting condition to travel to their nearest VA offices.

According to Juan some veterans may not be aware of the services, which could prove helpful to them or their families seeking some form of compensation for their time in the service.

“There are so many different agencies and organizations that are out there, that we don’t really know, but we are slowly bringing them in. The same way with families, they have a family member that served and needs help getting assistance,” said Juan.

Part of that awareness includes seeking treatment for Post-Traumatic Stress Disorder or Traumatic Brain Injury from a head injury sustained from combat. Among veterans seeking treatment for those injuries, Juan said they’ve reached out to entities like the Community’s behavioral health services and external organizations such as Rally Point, a valley group that offers suicide prevention, healing and recovery for veterans.

At the event Lt. Gov. Robert Stone said although he is not a veteran, he is appreciative of their decision to join the armed forces, putting themselves in harm’s way.

“It’s quite a big decision when [they] decide to join the service and go where ever it takes them, where the creator takes them in their journey,” said Stone, “Here today, we have a celebration to welcome you and all of the organizations that came out to provide information on your services to the veterans here today.”

Previous OVC chairman and former U.S. Army Green Beret, David Anderson said, everyone knows American Indians per capita are the highest to join the armed forces, but are the least utilizing their VA benefits.

He said in the past the it was difficult for Native veterans to seek services, because of the distance it takes to travel to either the Tucson or Phoenix VA hospital is far for veterans if transportation is not available.

“[This] gives them that outlet to come in where Natives are getting other veterans together to come in and have the VA start signing them up for different services, but not only them, but their family, because there are a lot of programs out there for them,” said Anderson.

He said that once the veterans are in the system, they are aware of their benefits with the VA.

Ybarra said occasionally they receive inquiries from family members of veterans, who are elderly, that are seeking to qualify for a particular service. “This is one of the main reasons why we are here to give you education on programs, education on what we offer and encourage you to enroll so you can be ready,” said Ybarra, “So if something does happen, you have the VA there.”

Other speakers talked about their services and what the VA and the Arizona Department of Veterans Services is doing to make it easier for them to get enrolled, scheduled for appointments or file compensation claims.

“We started off just here in Gila River, now we are in [Tohono O’otham}], Salt River, White River, San Carlos, Pascua Yaqui in Guadalupe and Solomon,” said Anderson, “If we did Yuma and the river tribes from Parker, we would have all of the Natives from Southern Arizona a part of this celebration.”

He said there has been interest from Northern Arizona tribes that would like to participate in the celebration and see how they can implement approaches of their own with the veterans in their communities. 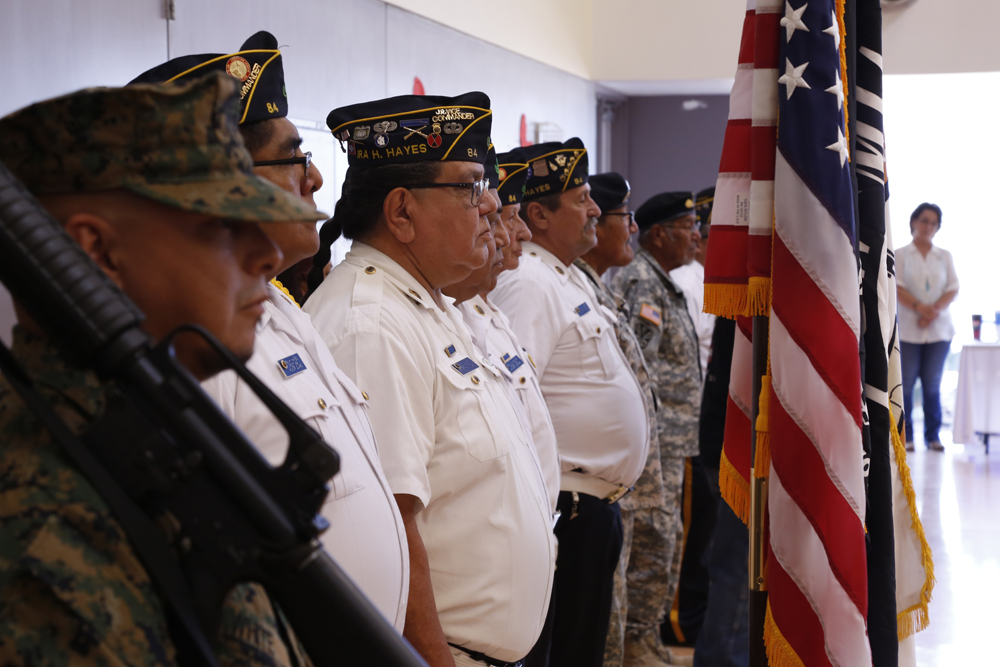 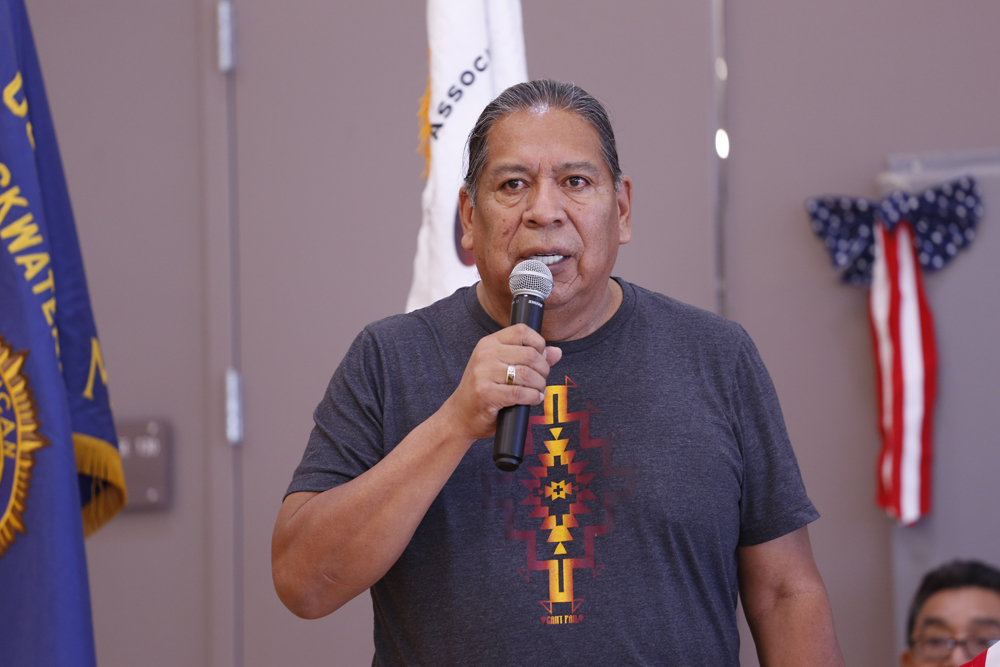 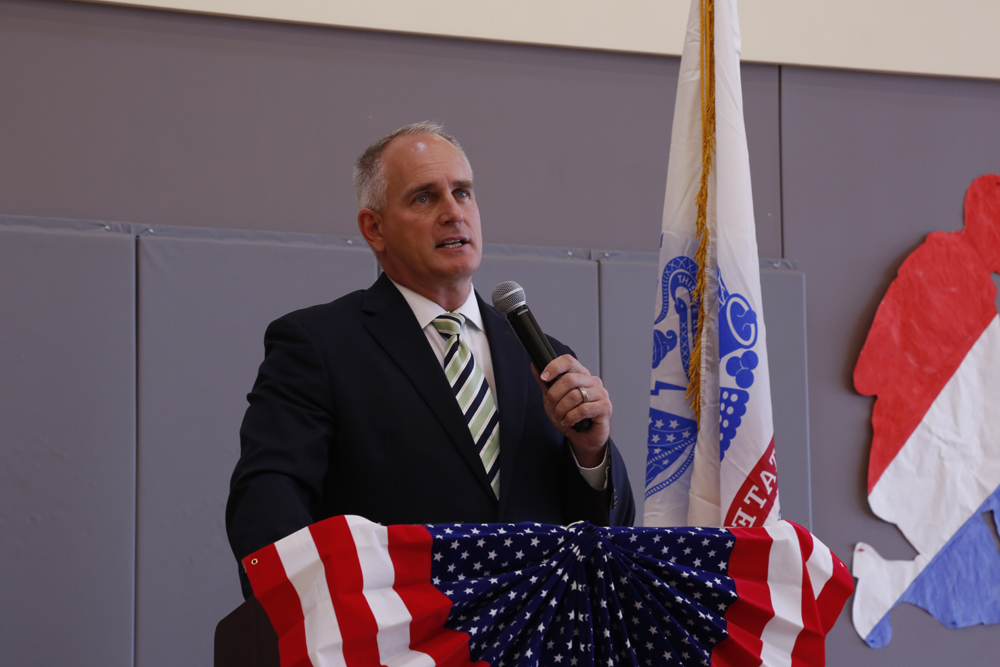