Kate Gallego, 37, was sworn-in as the new Mayor of Phoenix before a packed audience at the Orpheum Theater on March 21.

Chief Presiding Judge B. Don Taylor III administered the oath of office, as Gallego was joined by her son Michael and parents, Jim and Judy Widland.

“Like the city does for so many visitors it left an impression on me. So, 15 years ago, after I graduated college, Phoenix is where I wanted to go start my next chapter,” said Gallego.

Gallego said Phoenix offers opportunities for college graduates and professionals, looking to get their start in a city that is on the rise.

“I know I’m not alone in that experience so many people come here for the same reasons. Phoenix is a city where anyone can come and make a difference,” said Gallego.

Gov. Stephen Roe Lewis was invited to speak at Gallego’s inauguration and shared his enthusiasm for the Community’s continued partnership with the City of Phoenix. “Phoenix and the Gila River Indian Community have been partners for a long time as governments, as communities, our decisions impact each other,” said Lewis, “So I appreciate the opportunity to share with you my thoughts and interactions with your new mayor and to be a small part of this historic moment in your history.”  Lewis also highlighted Gallego’s leadership as a member of city council.

“While 37 isn't the typical age for an American mayor, Phoenix has had several mayors, who are my age or younger,” Gallego said, “Here, hard work matters more than your last name, your age, your gender, or where you went to school.”

After the ceremony, a reception was held in the main entrance of Phoenix City Hall where guests congratulated Gallego. 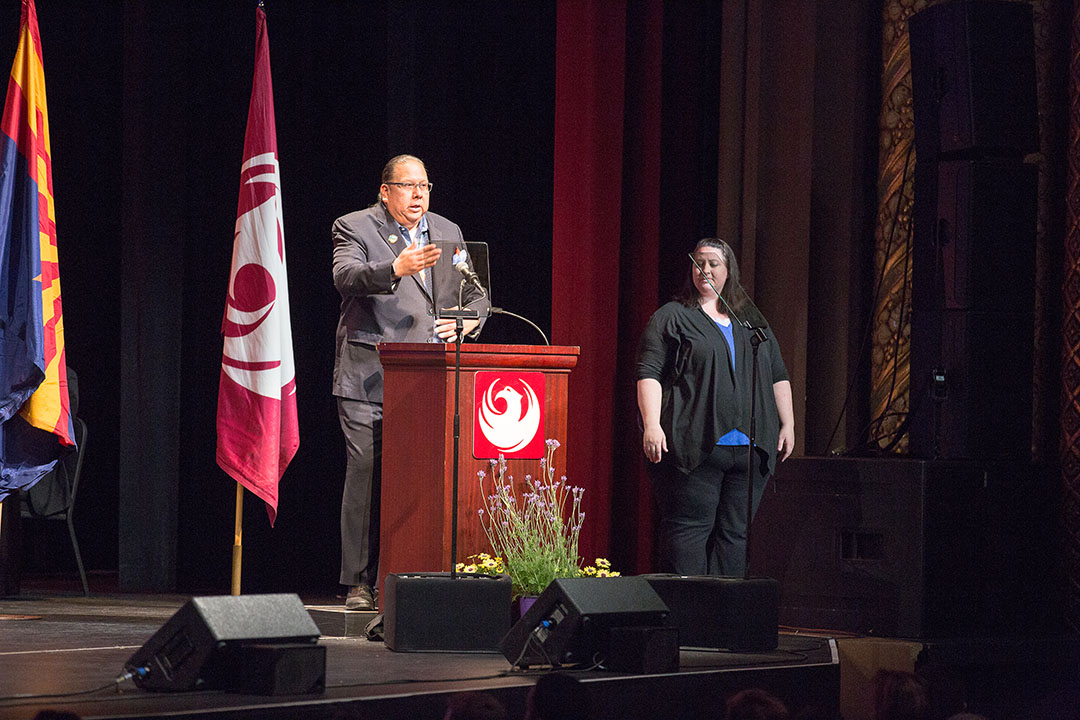 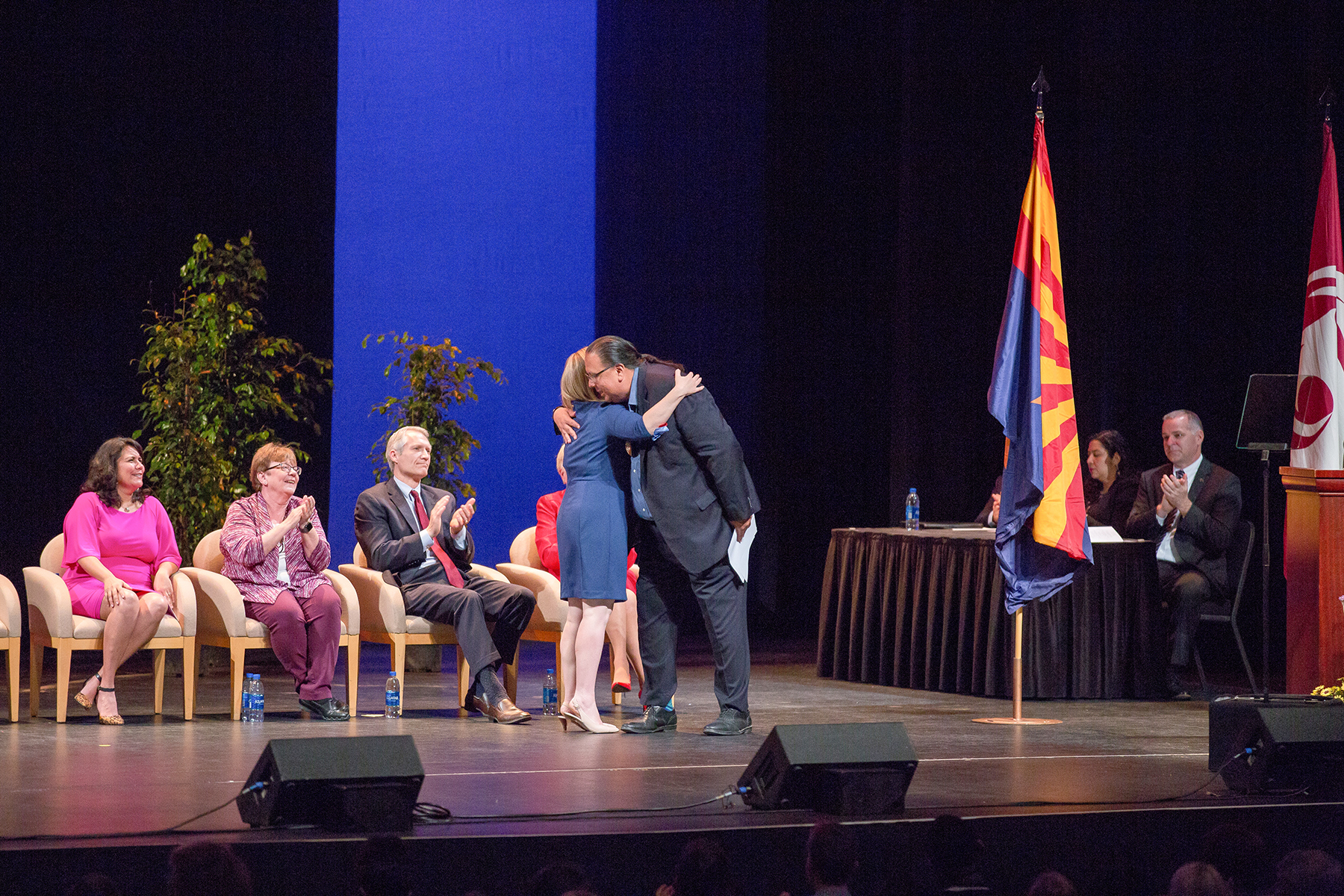 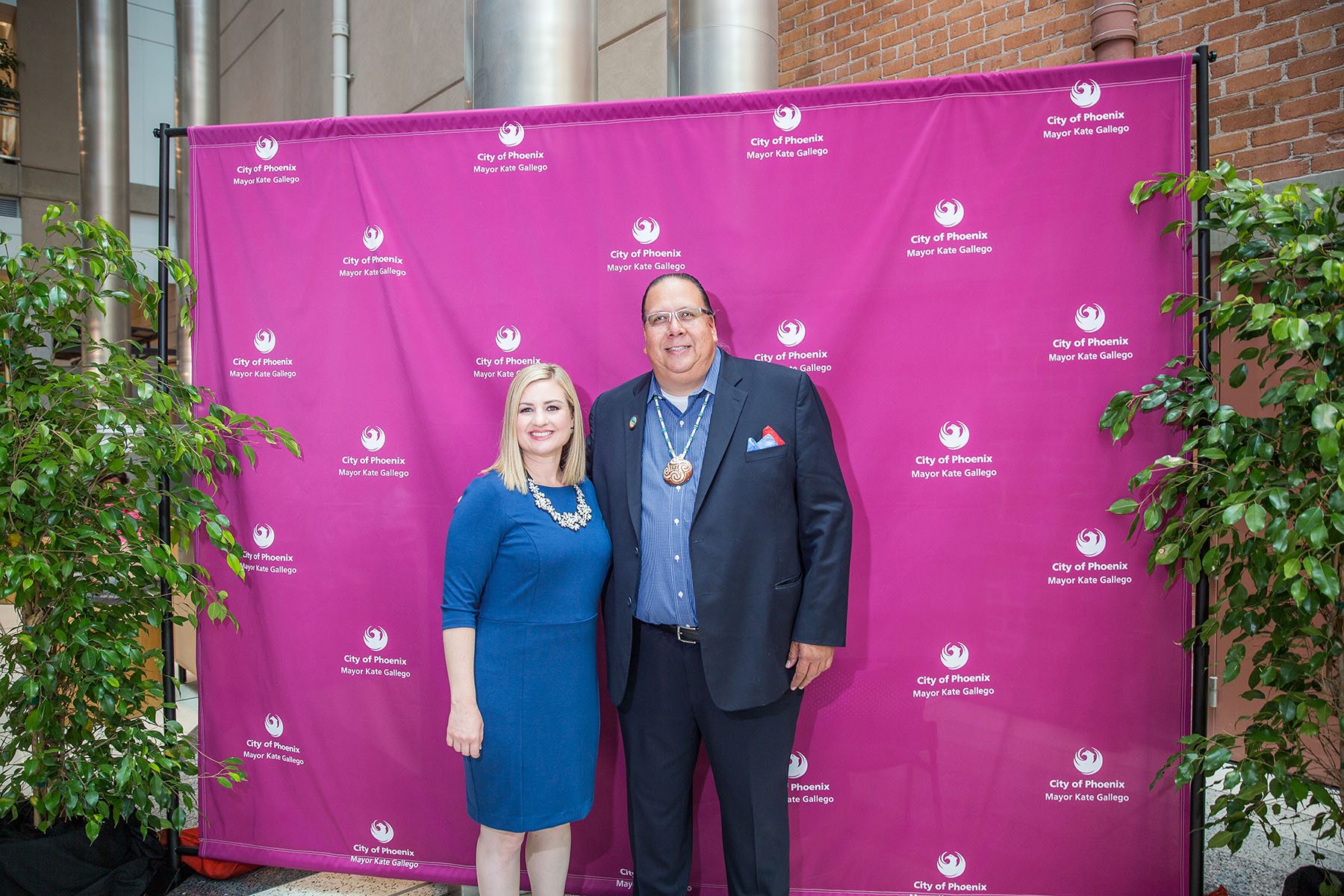