The Presbyterian C.H. Cook Memorial Church, a historic landmark in Sacaton, was lost to a fire on March 25. At 8:52 a.m., Gila River Police Department and Gila River Fire Department, along with other local fire departments responded to the blaze, which—by the time crews arrived on the scene—had fully engulfed the structure.

The fire was so immense, that billows of smoke could be seen from Interstate 10 and Wild Horse Pass, as crews rushed to extinguish the flames. Social media users were active posting video and pictures of the events unfolding before them.

Much of the interior structure was consumed by flames, as it swept through the buildings windows and roof, which gave way under the enormity of the fire.

Firefighters rushed to put out the fire, and conduct mop-up operations to suppress any lingering flames underneath the charred rubble and to cordon the area. Members of public safety were on-hand to speak with parishioners of the nearby First Presbyterian Church, who provided updates on the fire and police investigation.

Church pastor Loretta Blackwater said the fire is a blow to the long history of families who attended services at the old church building.

“It’s like losing a parent, that’s why it’s so hard, because we knew this was a safe haven. You could come here and feel safe, everyone who knew each other, and others were welcome,” said Blackwater

Gina Enos, a church elder, said it’s a sad reminder of the terrible things that have previously happened to the church. “Before, they would spray [paint] hurtful things on the walls, that’s why its painted over in front,” said Enos.

She recalls memories as a child attending services at the church with her parents and siblings, and how the church was a symbol to many Community members.

According to a Gila River Police Department press release, GRPD officers conducted a sweep of the area to gather information on individuals in the vicinity at the time of the fire. 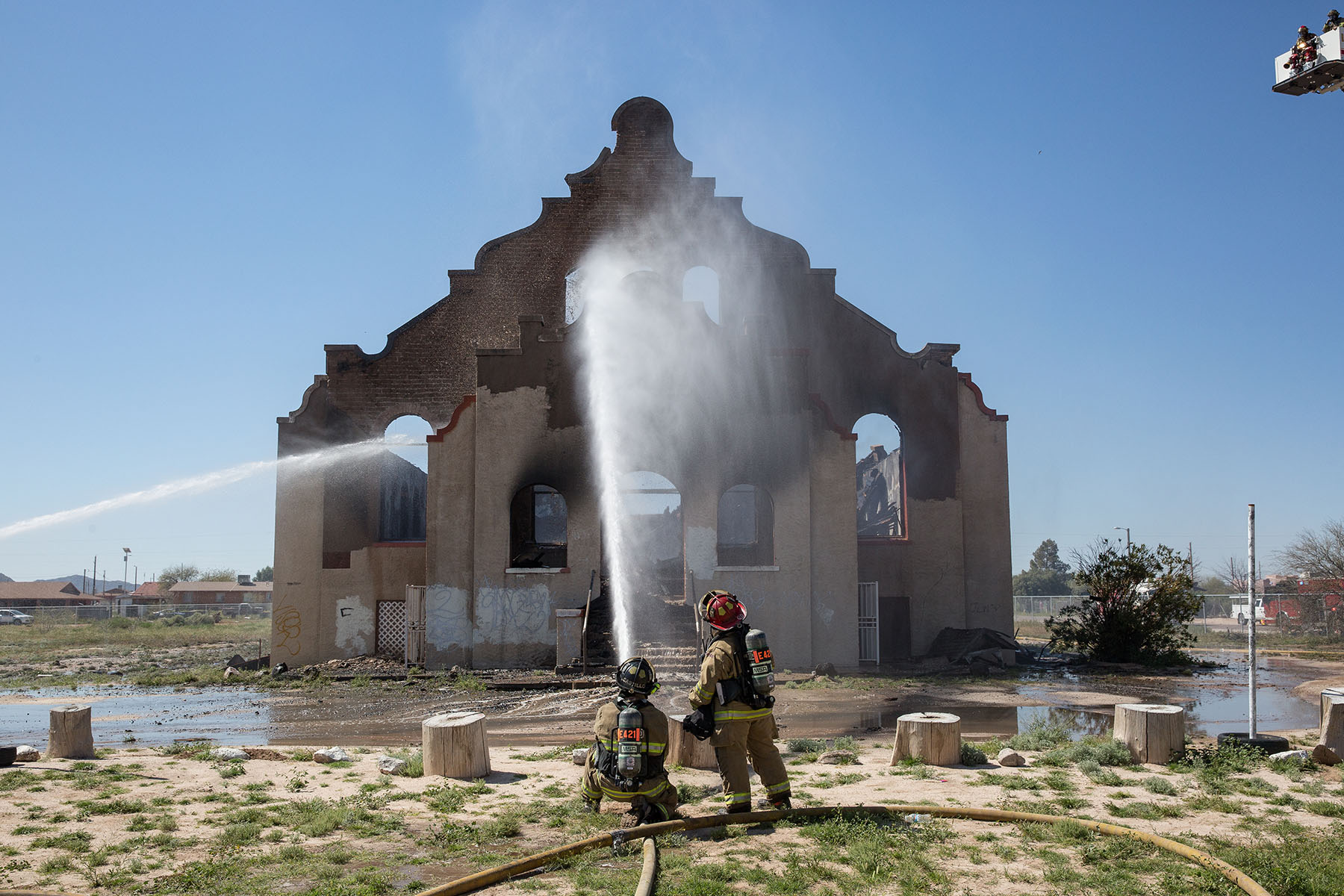 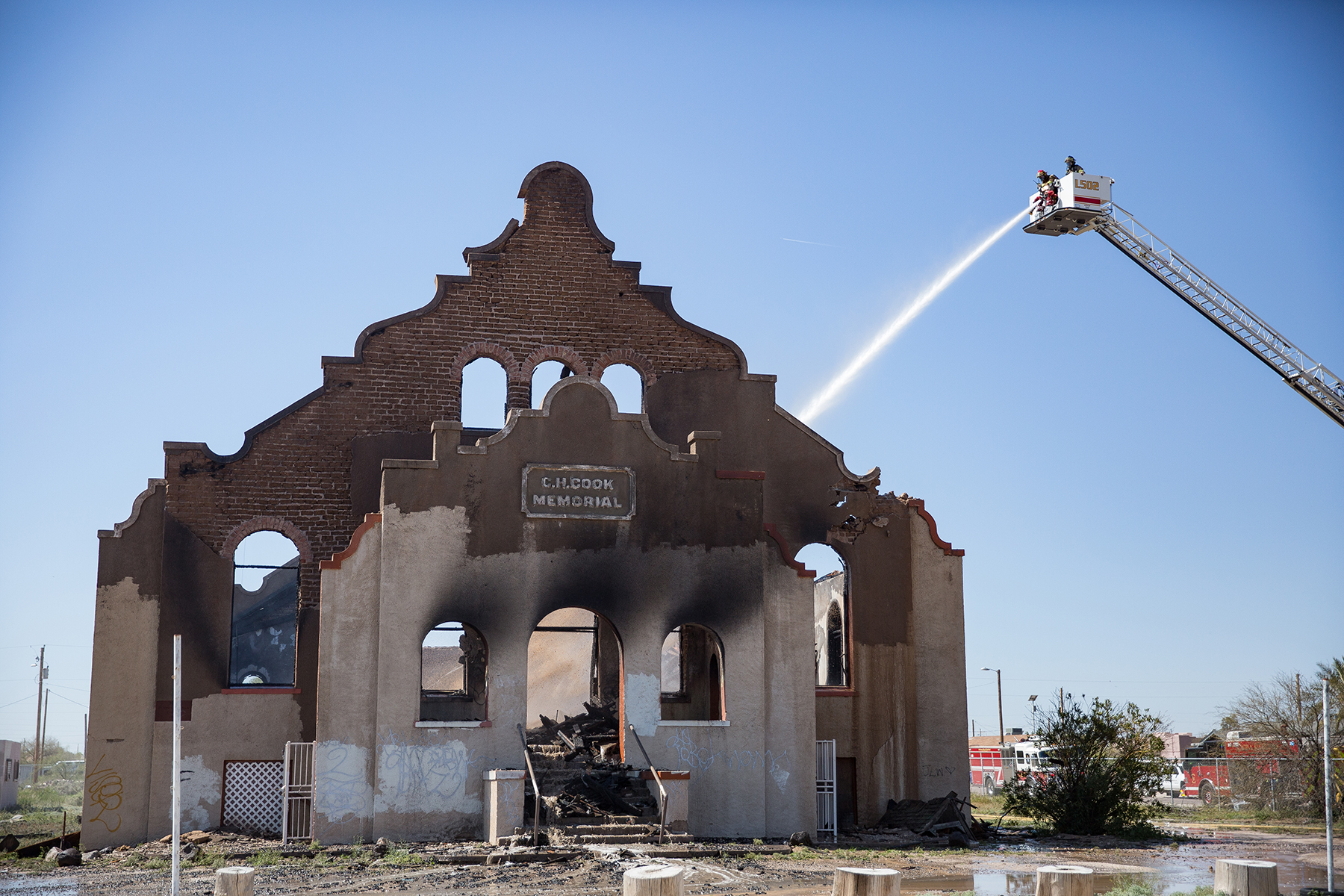 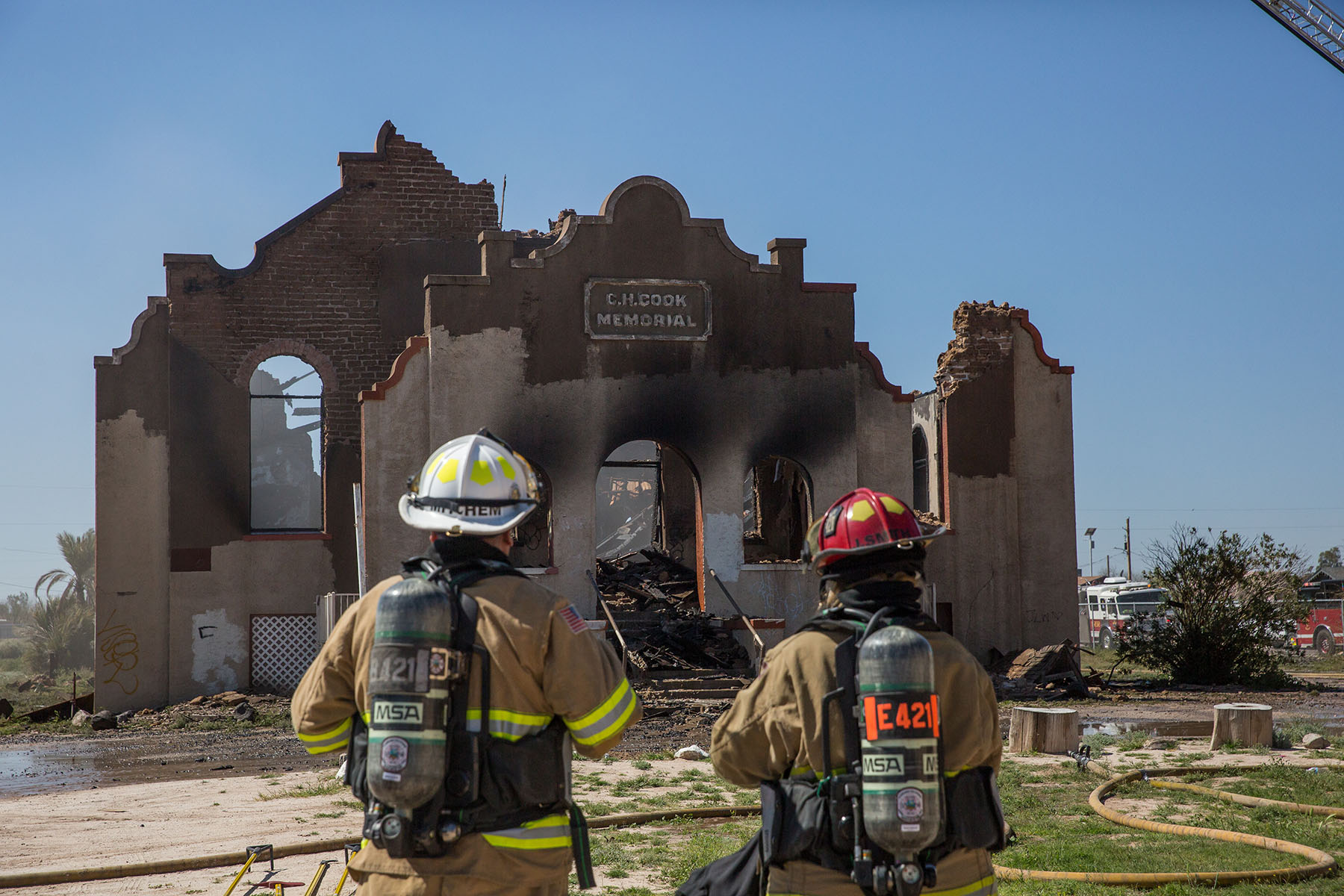 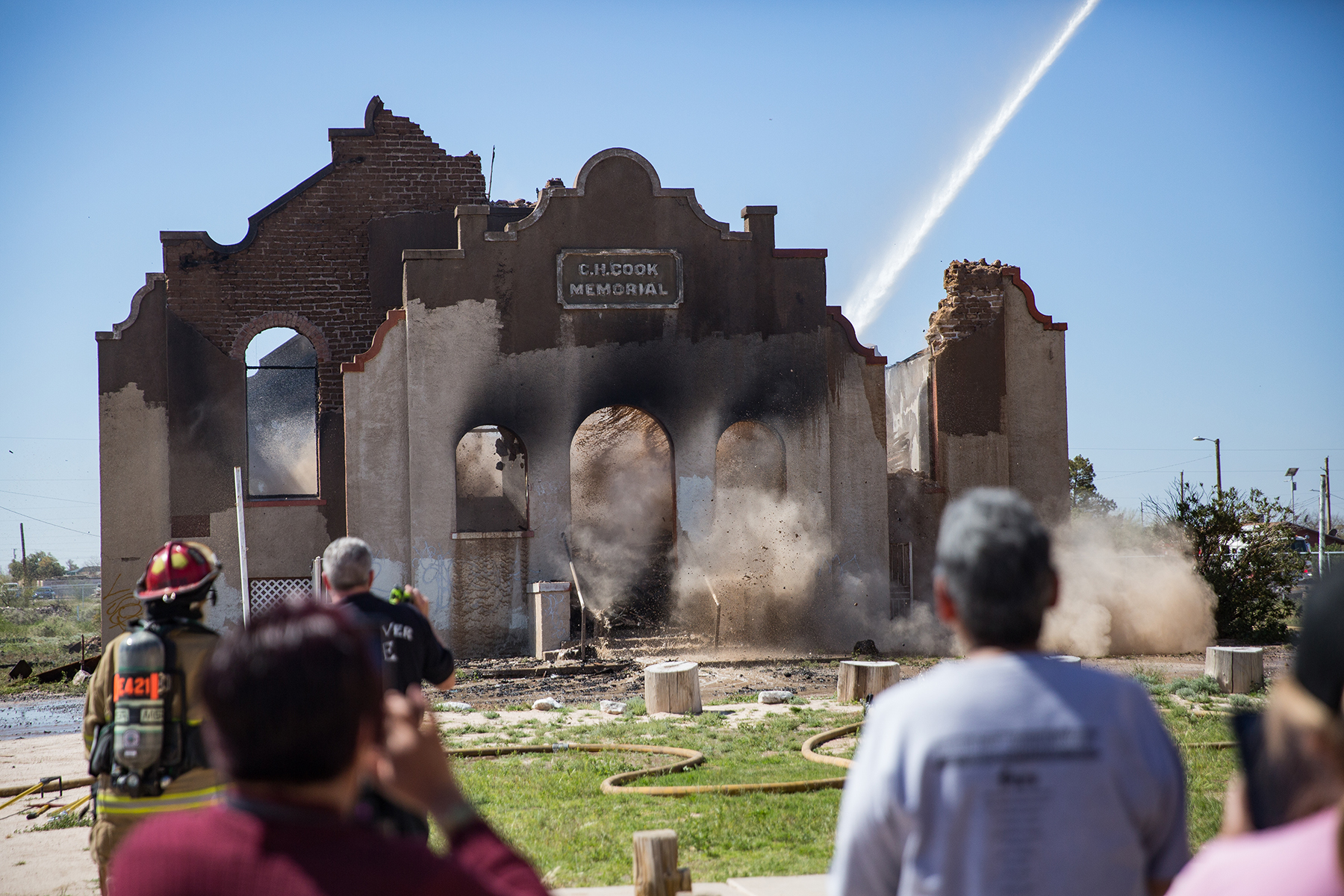 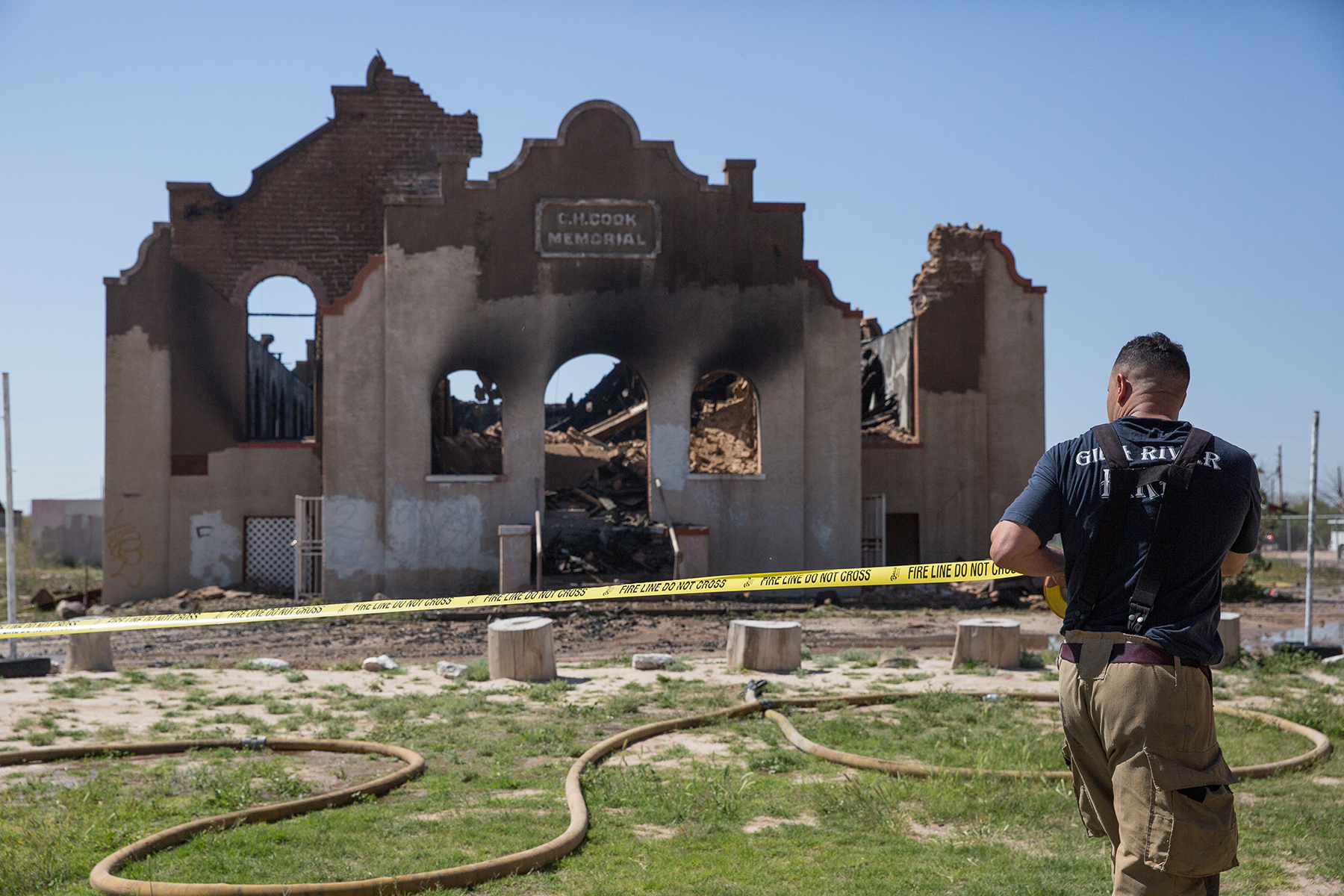