Legendary performer and magician Lance Burton treated youth to a special magic show at the Boys & Girls Club in Sacaton on March 15.

Burton was in town to perform two shows at the Wild Horse Pass Hotel & Casino on March 16 and 17, and shared his love of magic with an eager audience of youth who sat in rows inside the gymnasium.

“I always try to tell people how I got started in magic when I was a kid,” said Burton, “When I was five-years-old at a magic show, I was pulled from the audience, went up on stage and a magician pulled a silver dollar out from behind my ear.”

Burton said it seemed real to him as a kid, but it was soon pointed out to him, the magician did not have magic powers and was merely a performer that has practiced their art over and over. Burton then went to the local library to find books to learn about the craft.

“I got some magic books and started reading and I got a magic set,” said Burton, “50 years later, I’m on stage and I’m getting kids out from the audience to perform magic with me.”

Magician Keith West also entertained the audience with gravity-defying illusions and other tricks.

Afterward, Burton invited a youth from the audience for the final act of the afternoon. Although it appeared to be a standard magic trick of pulling a silver dollar from behind an ear, Burton rocked the audience member back and forth, which led to a shower of silver coins to come from the child’s mouth into a jar.

By performing in front of the kids, Burton said, “I'm hoping just to pass that part along, hoping that one day, there will be another terrific magician to come along and then they'll say ‘oh yeah, I saw Lance Burton and he got me up on stage.’”

Part of his act is not just the tricks, but leaving an impression on the audience. “The lesson out of that is try to be kind to everyone, you meet along your journey,” he said, “You want to try, to in any performing art form, whether you are a singer or comic or magician, you want to demonstrate what you do, but also try to connect with audiences on a personal level.” 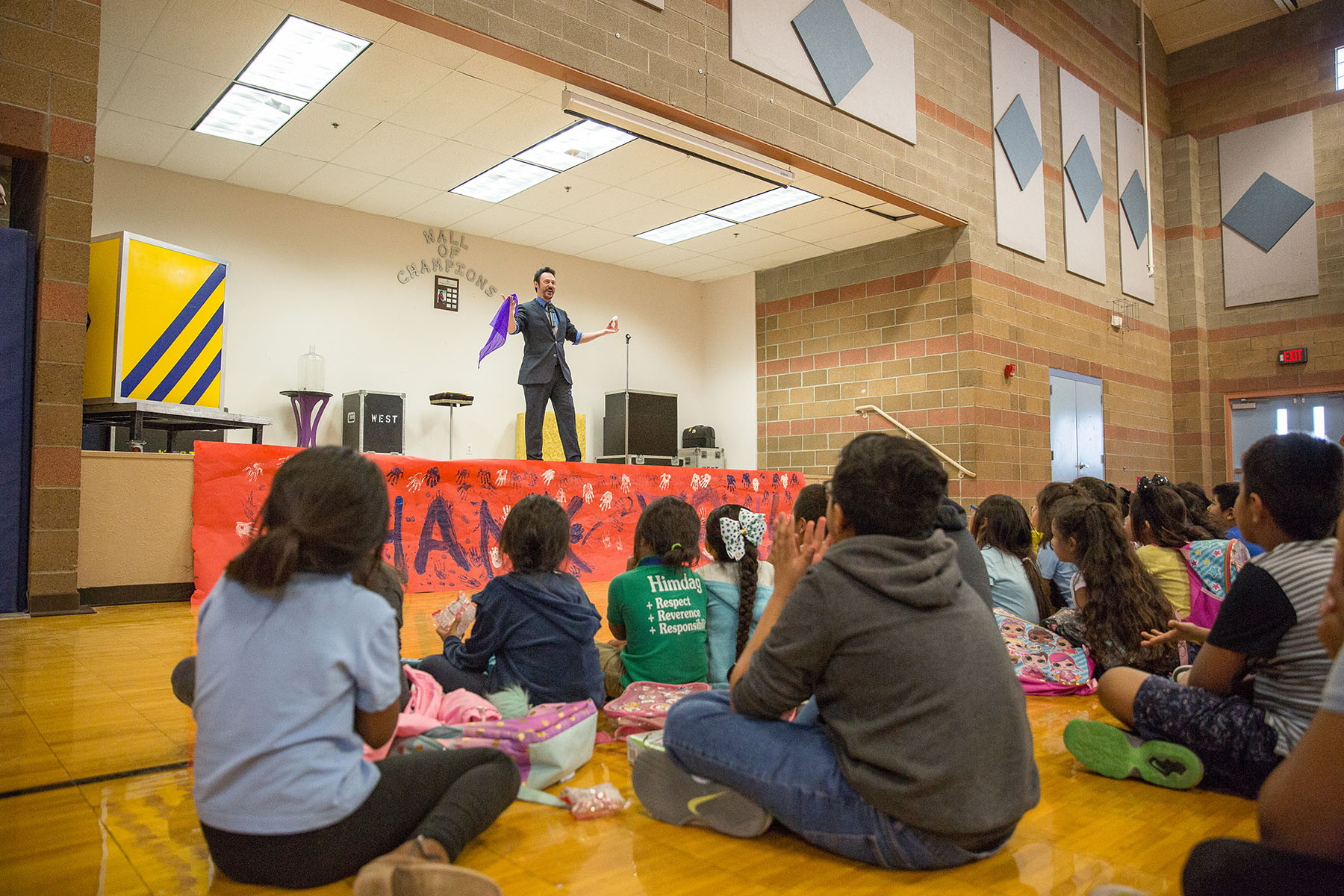 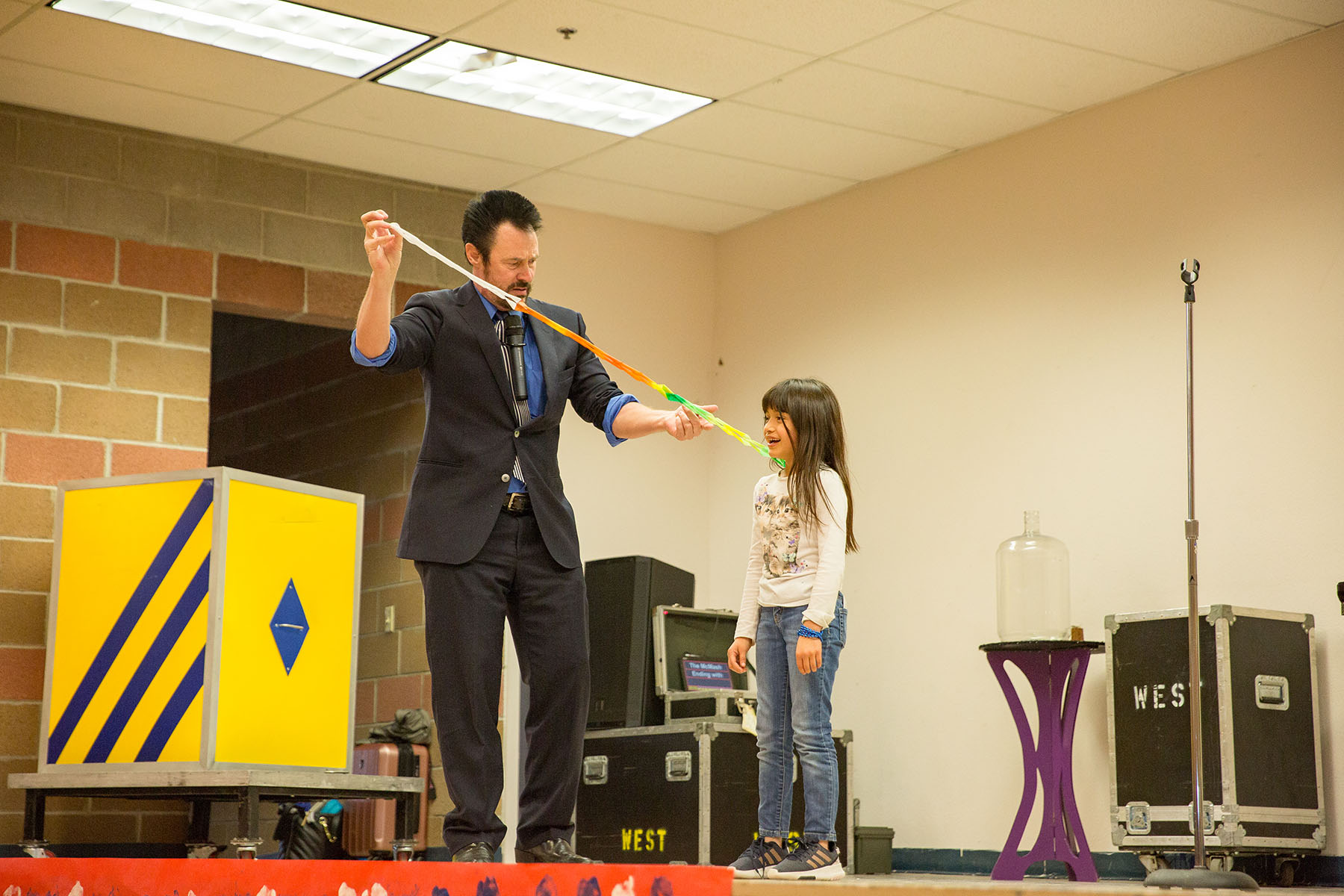 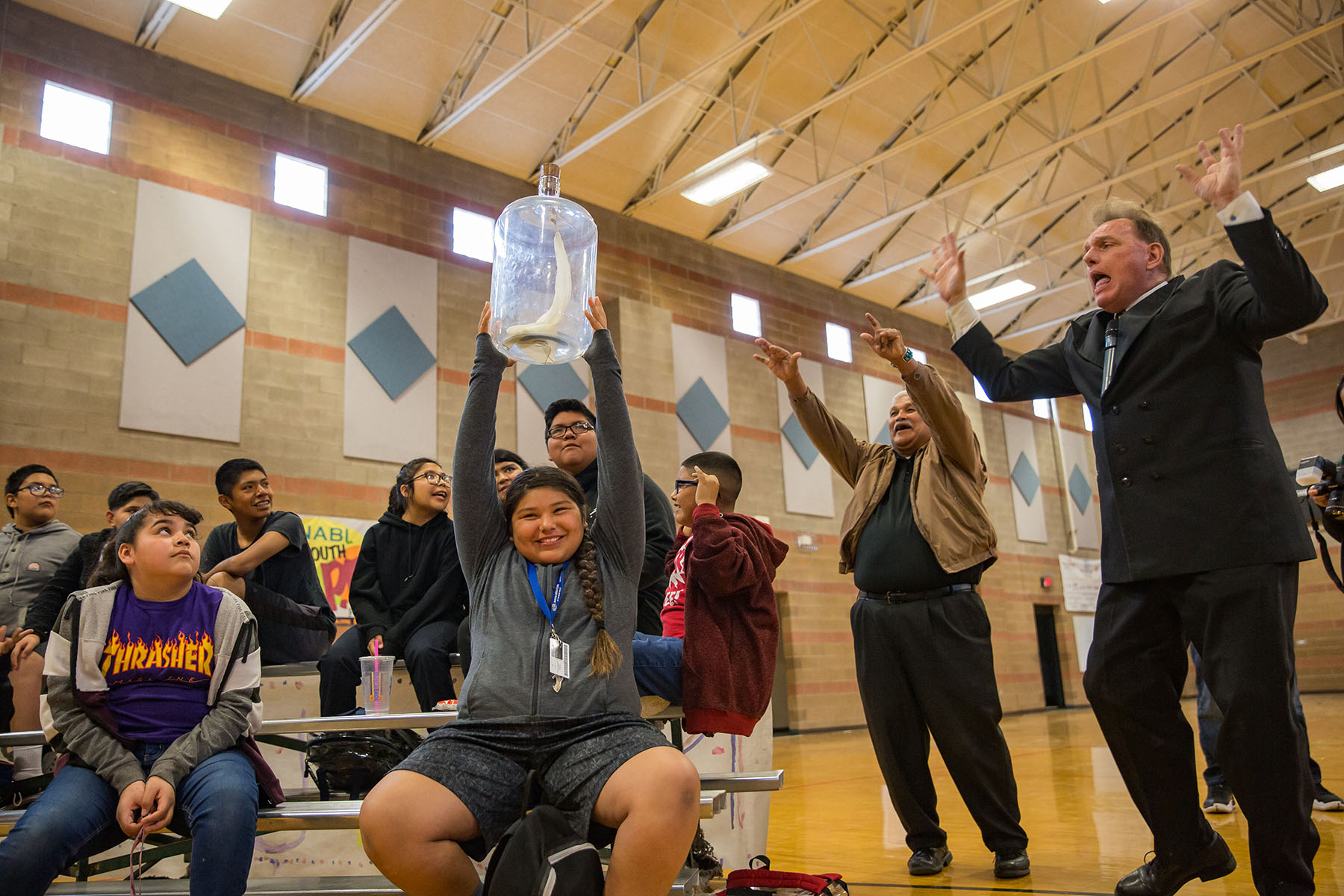