A vigil was held Friday evening, March 29, for the C.H. Cook Memorial Church that had been destroyed by a fire earlier in the week. The arson caused devastation among the Community and hundreds showed up to offer prayers and share memories of the historical church which many had compared the tragic event to the loss of a loved one.

The church was constructed in 1918, by the Presbyterian church led by Charles H. Cook, who arrived in Sacaton in 1870 intending to act as a missionary to the Community. Cook preached and organized the first church in 1889. While the congregation grew, there was a need to build a larger church which would be now known as the C.H. Memorial. The building was already unique as it was one of the few two-story adobe buildings in Arizona. Originally constructed without electricity due to the numerous large windows that provided plenty of light and built to hold 400 people but would often overflow for weddings and funerals. All according to the nomination form provided to the National Register of Historic Places which the church was later added to in 1975, nominated by the Arizona State Parks. The C.H. Memorial Church was the oldest in the state.

“It was a physical structure that showed God’s love to this Community” said Rev. Martha Sadongei who opened the vigil with prayer and remarks. Also in attendance was Gov. Stephen Roe Lewis who explained that he was on travel in Washington when he got the news of the church arson.

“My heart fell. We celebrated holidays there, we said goodbye to loved ones, we brought families together under the right of marriage.” said Lewis. He reminisced of growing up, going to bible school and having been baptized along with his siblings and notes that the funeral of Ira H. Hayes was held in the church as well.

Several Community members and visitors continued to share their heartfelt words, including Bie Jackson, Community member, who recalled a family that once traveled from the Netherlands to visit the historical church after finding out about it on the internet.

Among the attendees at the vigil, was Rev. Steve Marsh, the great-great grandson of Charles Cook. “When I heard the news of what happened here, I wept,” said Marsh. “I know my family’s love for the native population and for this place. It’s truly an honor to hear the stories and the impact that my grandfather made but also how this Community impacted his life.”

Although the church is on Community land, it is owned by the Presbyterian church of the Grand Canyon and has been connected with the Community since its inception. With all the damage from the fire, there is a good possibility that it will be taken off the National Register according to Kyle Woodson, Cultural Resources Management Program Director, who presented the background of the church at a public meeting held on Saturday morning, March 30 at the District 3 Head Start.

Acting Chief Timothy Chavez of GRPD gave a timeline of the incident on March 25:

8:51 a.m. the time was reported of suspects entering the local gas station, Sacaton 76.

8:52 a.m. Fire dispatched to 31 Church Street for a structure fire. Once crews responded, officers began gathering information on suspects. Utilizing surveillance cameras in the surrounding areas, GRPD were able to get detailed descriptions the suspects.

10:12 a.m. Officers detained the suspects: two juveniles and one adult.

10:21 a.m. Officers were en route to the local station to interview the suspects

On March 27 around 3 p.m., the lighter matching the description as the one used by the suspects was located by the GRPD detectives on Azul Street and Cactus Street near the District 3 Elderly Complex. The lighter has been sent to the DPS Crime Lab with the request that it be expedited for processing of fingerprints. No further information was given as it is still an on-going investigation.

Many have speculated the arson to be a hate crime and expressed concerns of further threats or vandalism to any more churches. GRPD has made it clear that they believe this was an isolated incident with no specific targets to the church or any denomination and that there are no further targets towards any other church. 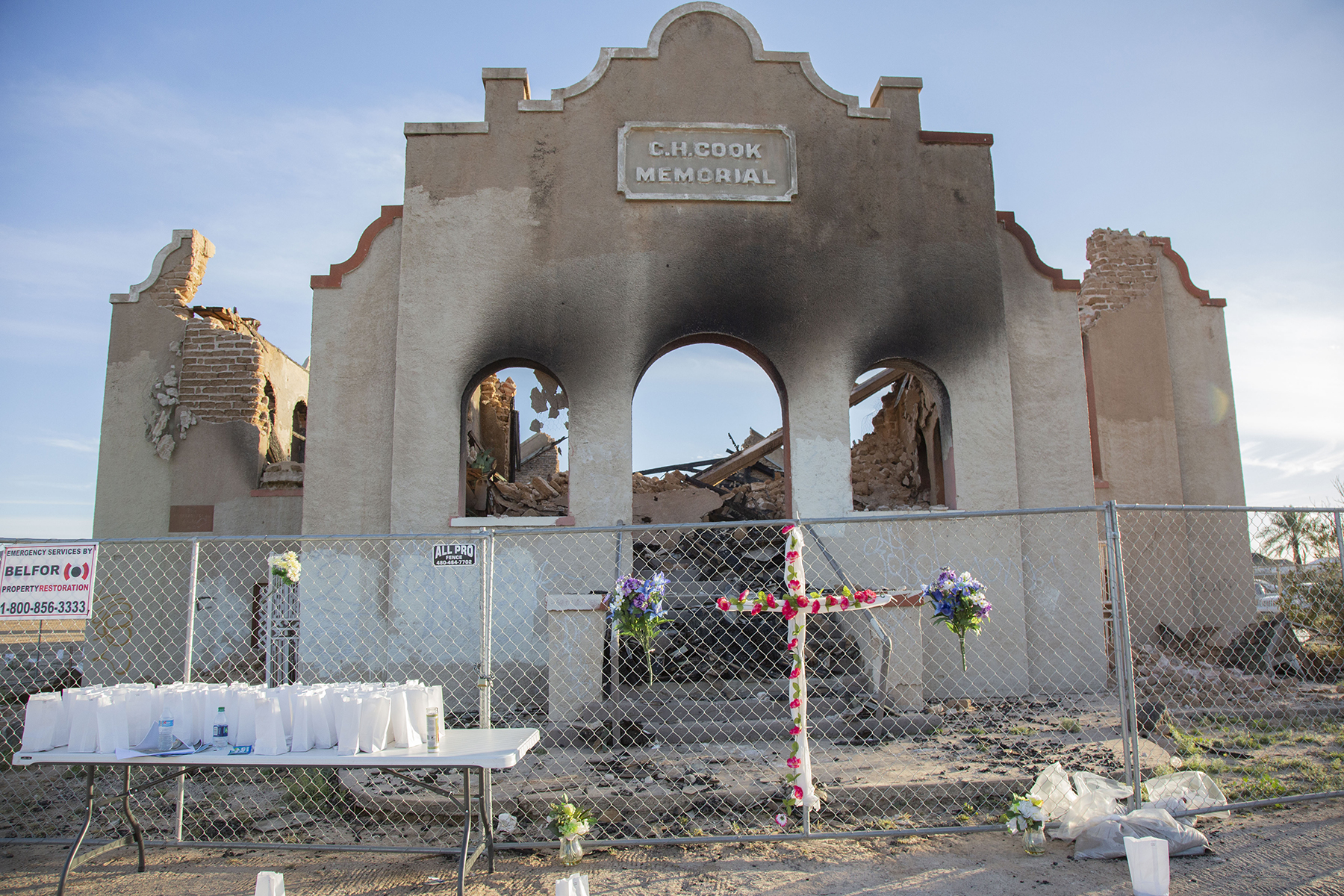 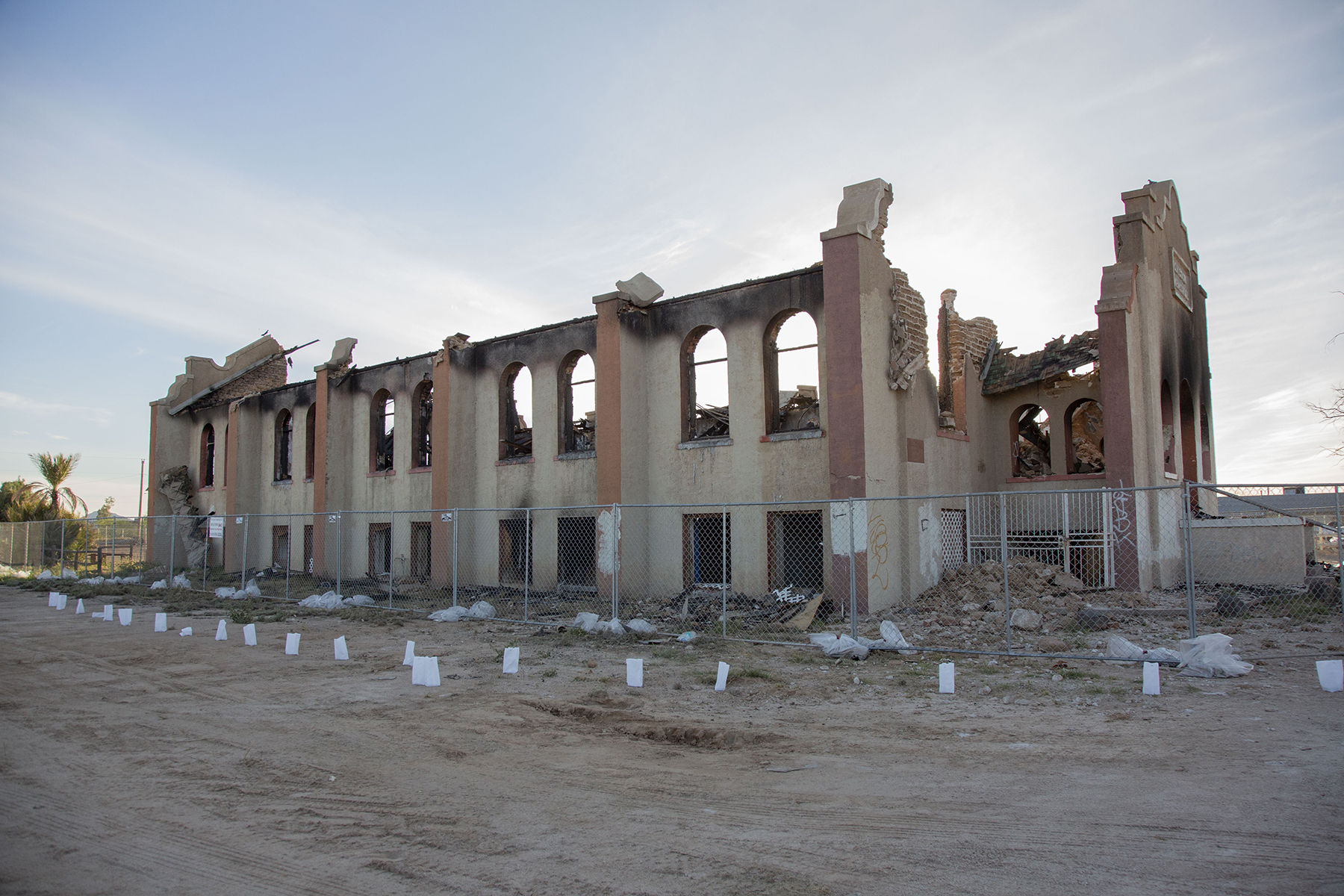 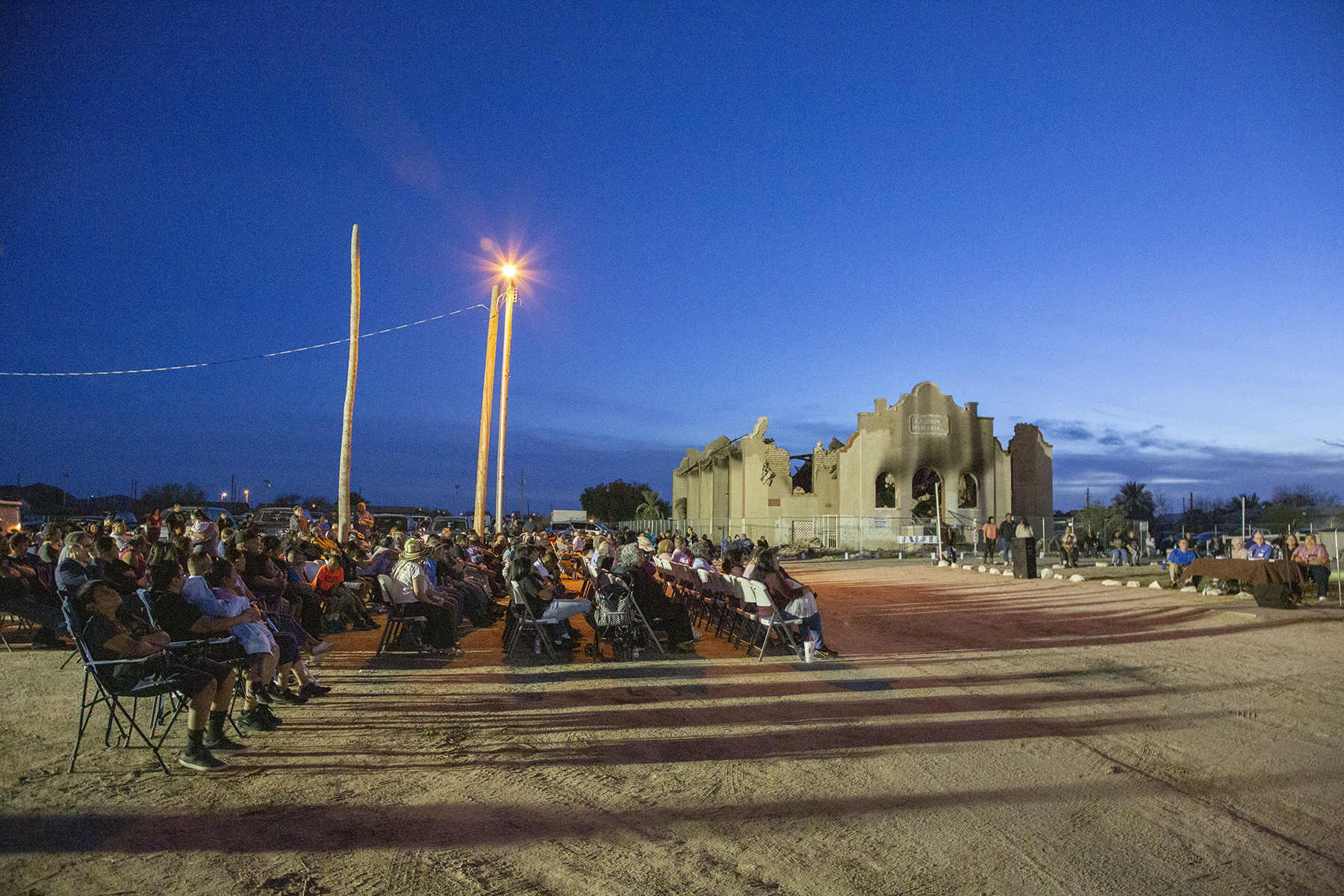