On Thursday, April 11 representatives from Park University met with the two students at a small signing ceremony inside the Coolidge High School gym where fellow students watched and cheered in support as the students signed to the university.

The students toured the campus just a few weeks prior.  Also in attendance for the signing was Perkins’ family and Gov. Stephen Roe Lewis, who congratulated Perkins.

“I’m excited for him, it’s a great new adventure for him,” said Yolanda Duran, Perkins’ mother, “He’s setting an example for his brothers and sister.” Perkins’ coaches have cited him as being a very good kid and good player. Perkins expressed his excitement in pursuing college basketball and looks forward to attending the Park University, Gilbert campus. 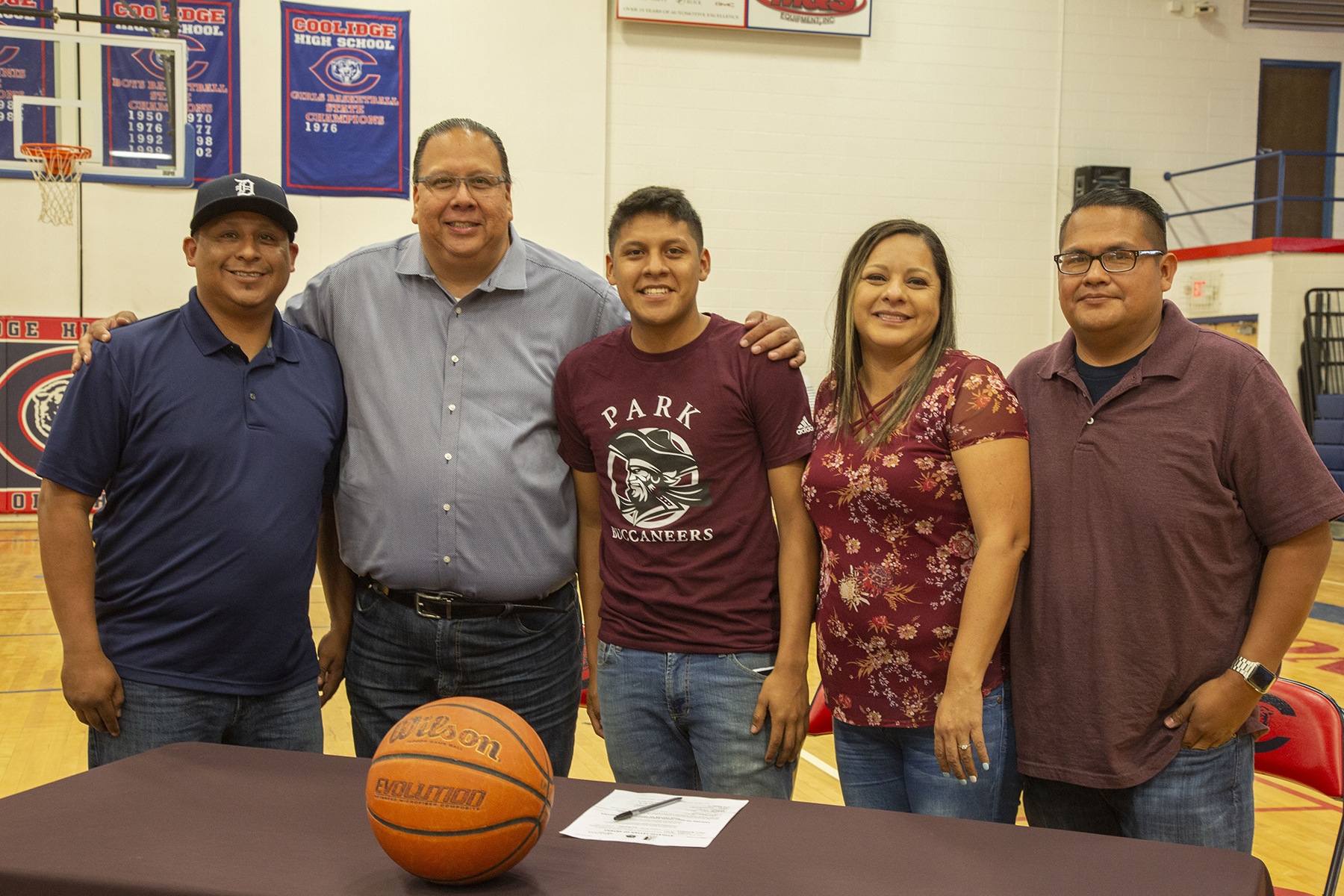 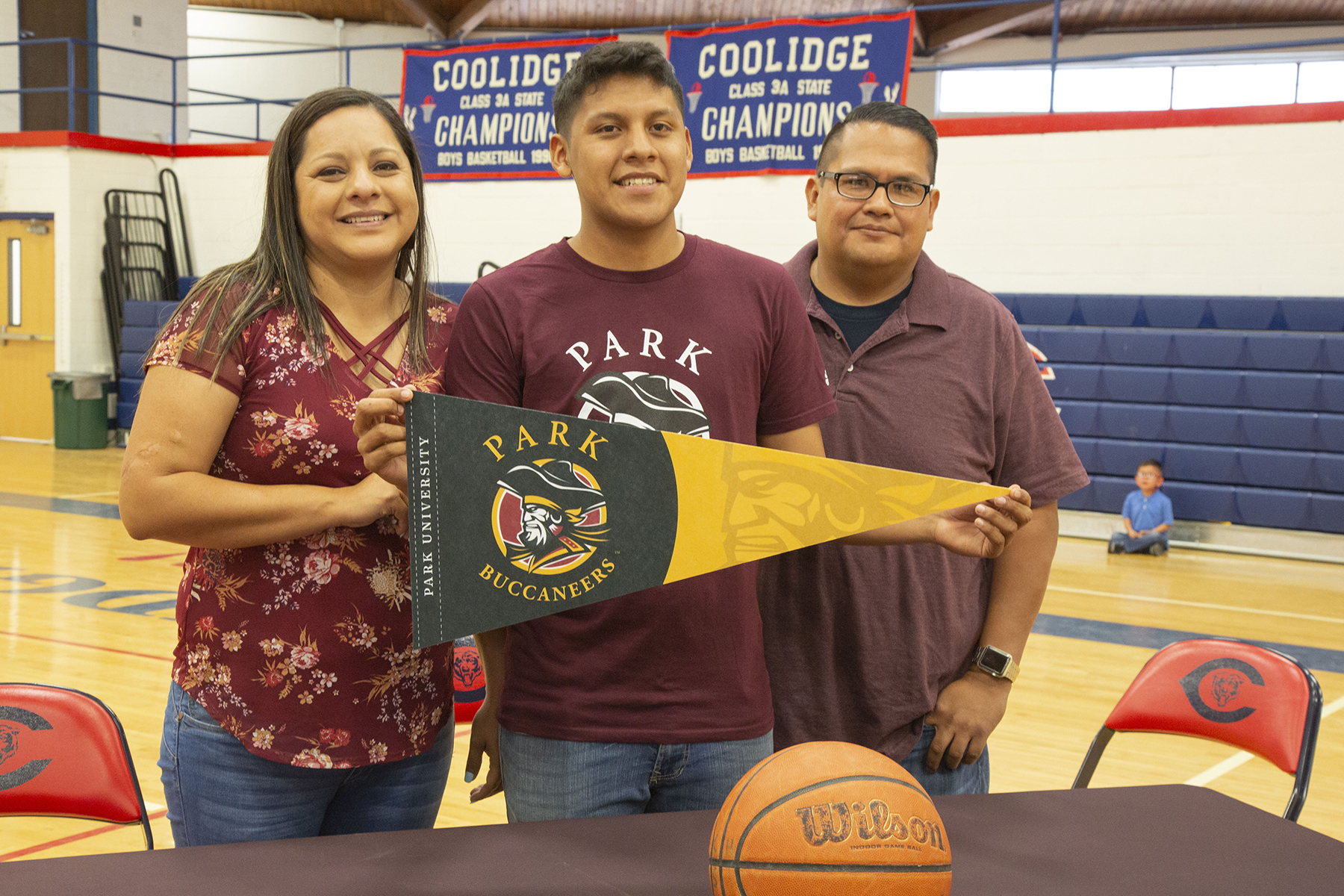