Just days after the annual Five Tribes of Peace Treaty Celebration, District 7 Community members came together again for a different kind gathering. On April 11, Devin Redbird, District 7 Council Representative and Interim Chief of Police Timothy Chavez, called an emergency meeting to address the safety concerns in the district; specifically addressing a shooting incident south of 87th Avenue and Dobbins Road, the night of April 6.  The incident involved both community and non-community members and eventually lead to the discovery of a deceased individual from a non-related event.

District 7 service center Community Room was filled with concerned members of the community hoping to learn or provide input as to what occurred over the weekend.  After a blessing, the meeting was called to order and a report of zero crime incidents at the Five Tribes event was provided. Chavez then read aloud the narrative report on file concerning the shooting and actions that lead to the discovery of the deceased.

On Saturday April 6 at 6 p.m., Gila River Police Officers responded to reports of gunshots near 87th Avenue and Dobbins Road.  Reports indicated a home had been struck with multiple bullets, with no persons injured. Upon arrival GRPD encountered three individuals who fled south of Dobbins. Arizona Department of Public Safety officers assisted in the search for those involved. Eventually upon capture it was discovered that all the individuals were minors. When asked about the charges and identities of the minors Chavez shared, “This is an open investigation regarding juvenile suspects who are not community members.  The case has been submitted to the Maricopa County’s Attorney’s Office (MCAO) for charging review for Minors Prohibited from Carry/Possessing firearms, Possession of a weapon by a prohibited person, Discharge Firearm in City Limits and Theft of Means of Transportation.  There may be additional charges added at a later time.”

Then during pursuit of the youth, a AZDPS Ranger Helicopter noticed a “signature” on their monitors almost a mile south of Dobbins. When officers searched the location, they discovered the body of a deceased male. The identity and cause of death was not shared at this time other than he was not a community member. It was later revealed that this person was the owner of an abandoned vehicle found in the same area a month prior. Lastly, GRPD shared that there was reports from this individual’s spouse indicated that he was experiencing suicidal ideations in March of this year.

Saturday’s incident lead to consideration of all possible solutions to the ever-growing issues of trespassing and illegal shooting in and around District 7. Councilman Redbird supported the community’s vote to place barriers that will block off roads that outsiders utilize for shooting and target practicing.  Some roads to be blocked are near 91st Avenue & Baseline, 91st Avenue & Dobbins, 87th Avenue & Dobbins, and 79th Avenue & Dobbins. This is just one progressive move to deter outsiders from coming in to commit violent and potentially harmful crimes.

Gov. Stephen Roe Lewis was in attendance to observe and provide remarks in support of District 7’s decision to protect its community members. Creating and possibly adopting new laws to combat new challenges the community faces is one idea suggested by Gov. Lewis. The community acknowledged that others need to be involved with these decisions like Maricopa County Department of Transportation and Bureau of Indian Affairs. Together with all parties involved it seems more sustainable solutions are possible.

Rounding out the meeting Councilman Redbird shared his enthusiasm and gratitude for Gov. Lewis’ support.  Redbird and other community members reassured everyone that the community and district will remain proactive in combating all issues that negatively affect the community. One such option was development of areas for sub-stations for police, fire, and medical needs on the west end of the community. 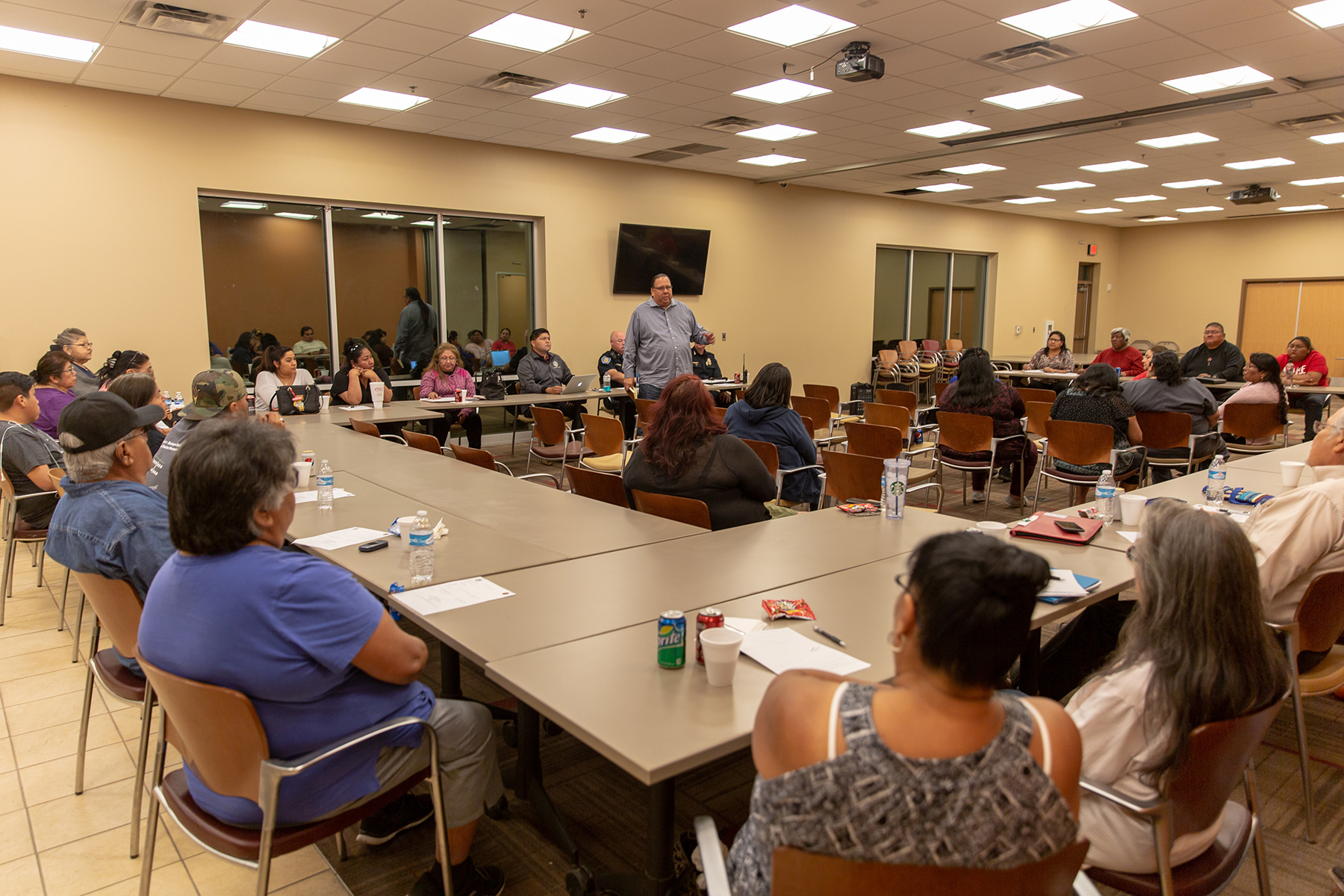 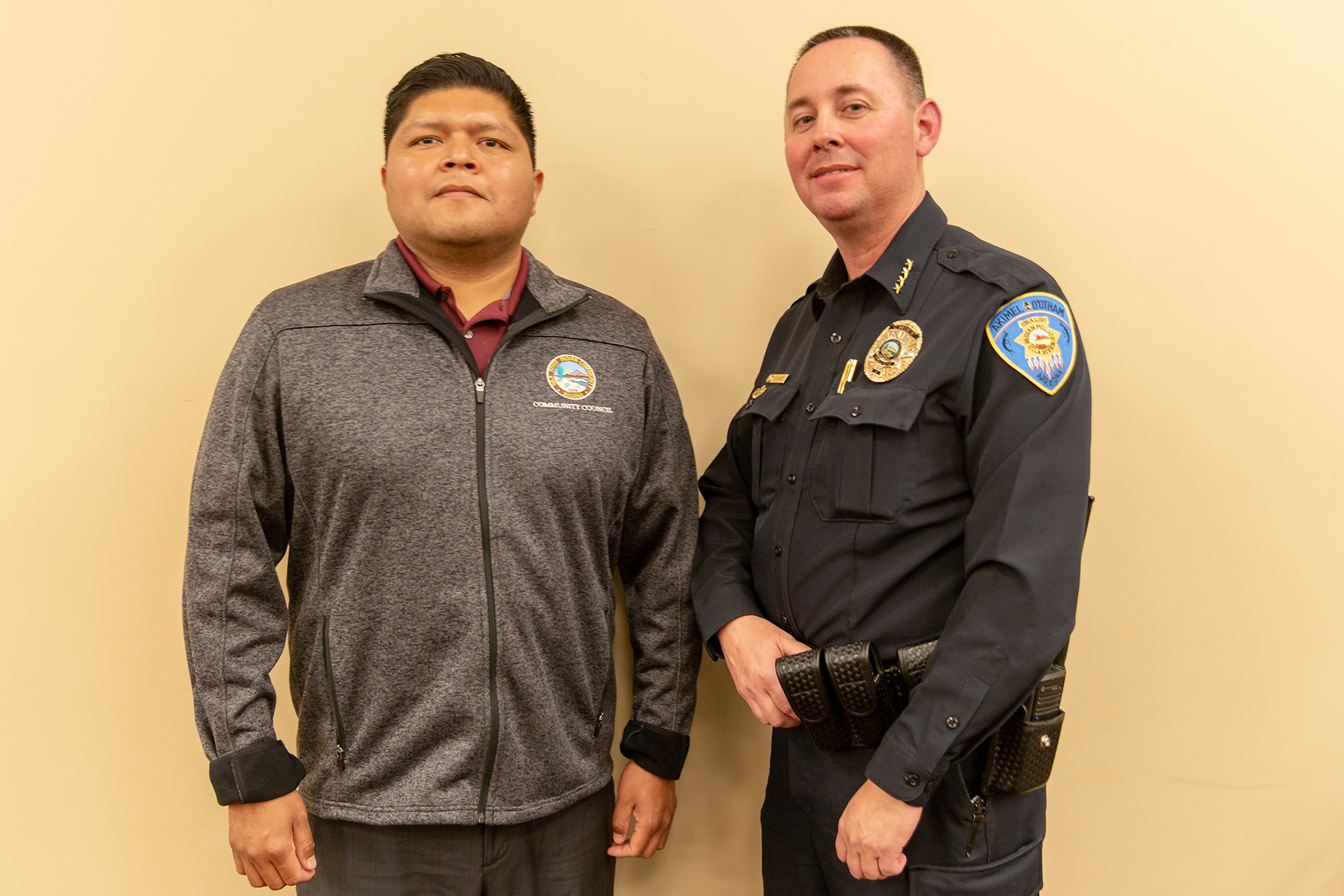