Just yards from the District 7’s Pee Posh Wetlands, a crew of a dozen or so workers gathered around a bald eagle nest high above the ground. Last December, a pair of bald eagles produced an egg and a female eagle was hatched in January of this year. Now that the eagle has reached three months, it’s almost time for the young bird of prey to leave the nest.

Representatives from the Gila River Indian Community Department of Environmental Quality, Arizona Game and Fish Department, the City of Phoenix and the Salt River Project retrieved the bird on April 5 to measure it and to provide a welfare check.

The biologists gave the eaglet a solar powered GPS tracker and identifying leg bands, which DEQ and AZGFD will use to track the eaglet once it fledges.

Crumbo said the nest was monitored by a group of nest watchers through a program that enlists Community members to make sure the eagles were not in any danger during their time at the site.

Recently, the fledgling took a small practice flight outside of the nest and made its way to another tree several hundred yards away, eventually making her way back to the nest. Crumbo said in that situation, the bald eagle nest watchers were quick to report the temporarily missing eagle, which could have been in danger from other predators.

Since the fledgling has spread her wings and shows signs of being capable of flight, it is anticipated, that she will leave the nest in June.

Occasionally, Crumbo said large raptors like bald and golden eagles will pass through the Community en route to their final destinations, often stopping at bodies of water for food and drink. Crumbo advises that anyone who sees an injured raptor should not try to handle it, but instead should call DEQ at (520) 562-2234 to help the animal. 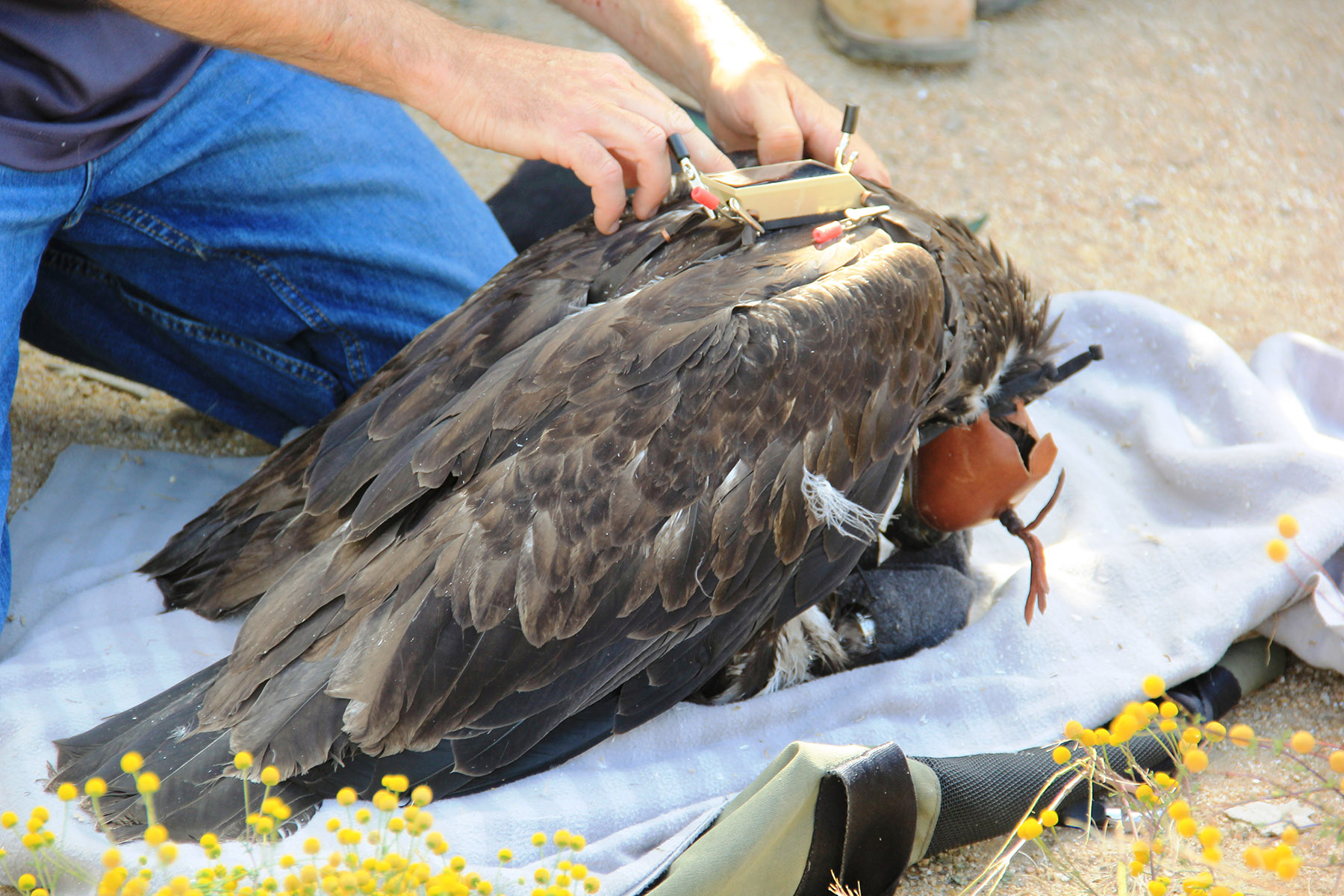 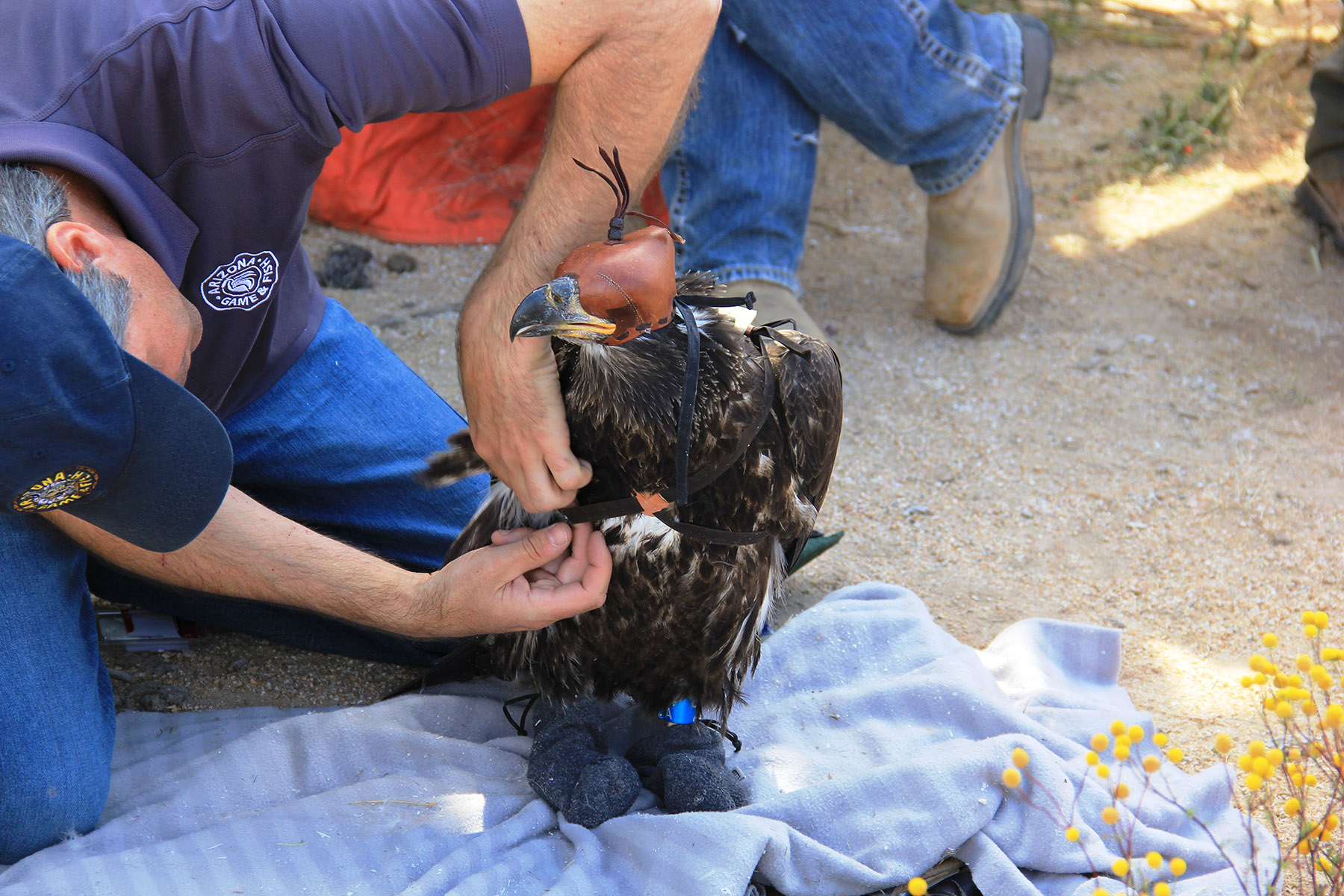