It was a pretty good night for the oldest non-profit organization in America of its kind. The Phoenix Indian Center raised over $300,000 at the 36th Annual Silver & Turquoise Ball held in Scottsdale on April 6.

“We definitely like to step it up as far as the appearance is concerned,” said Marshall.

The ball is a semi-formal affair with entertainment, awards, auctions for unique prizes, artwork and travel packages that brings out Arizona’s tribal leaders and organizations.

“The Phoenix Indian Center is important and the impact to its customers is a direct result from people like all of you here. Your generous support and financial contributions have sustained an organization that has a legacy of helping build a better community by provided culturally relevant services and programs in four core areas: job preparedness, prevention services, cultural enrichment and youth programming,” Gov. Lewis said to the audience in his remarks. Also, representing the Gila River Indian Community in the ball’s program was Lt. Gov. Robert Stone who delivered the evening’s blessing.

Brooke Simpson, Haliwa-Saponi tribal member, who appeared on NBC’s “The Voice,” won the Leon Grant Spirit of the Community Award, named after the late Mr. Grant who was the first Executive Director of the Phoenix Indian Center. Simpson also performed with a live band.

Although the date for the 37th Annual Silver & Turquoise Ball has not been set, it will most likely revisit this year’s location, the Scottsdale Resort at McCormick Ranch, according to Marshall. 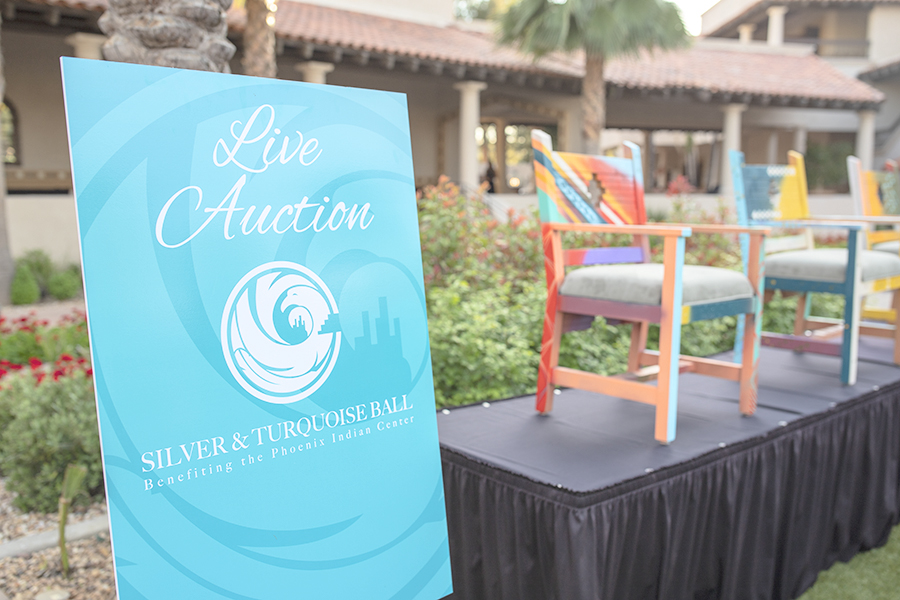 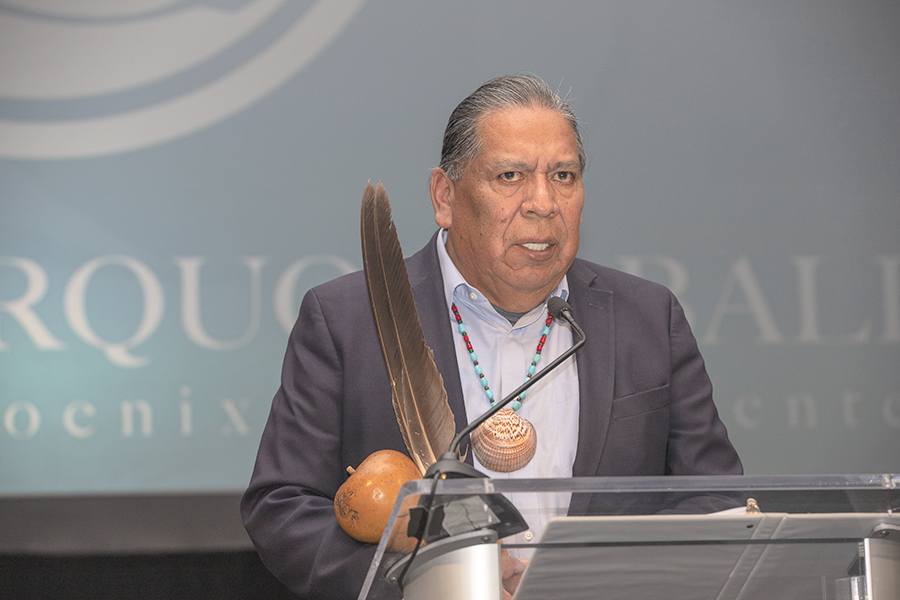 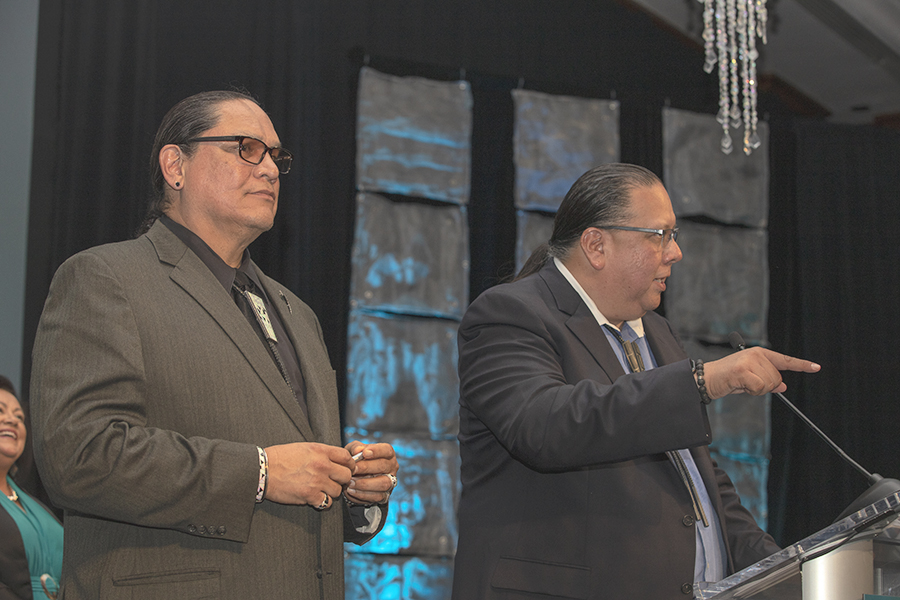 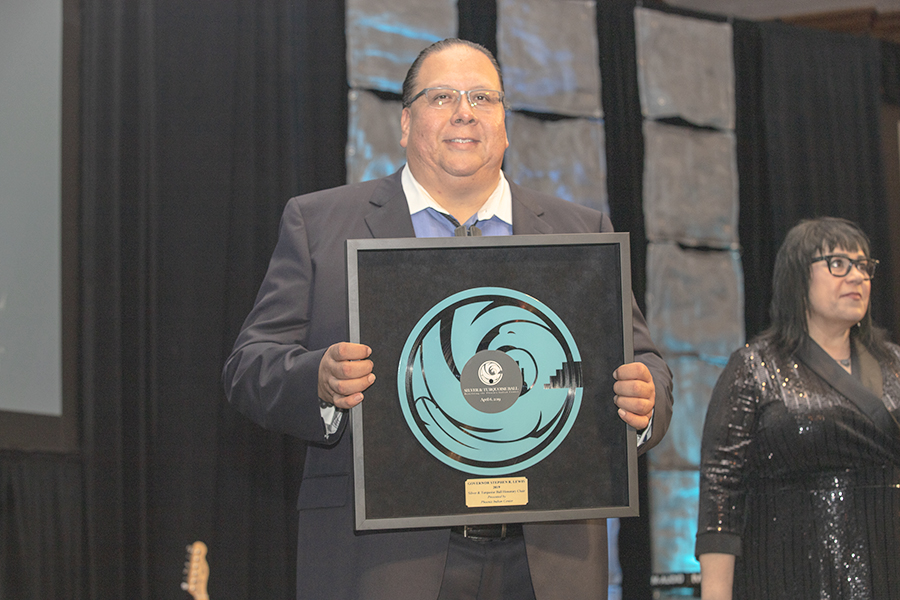 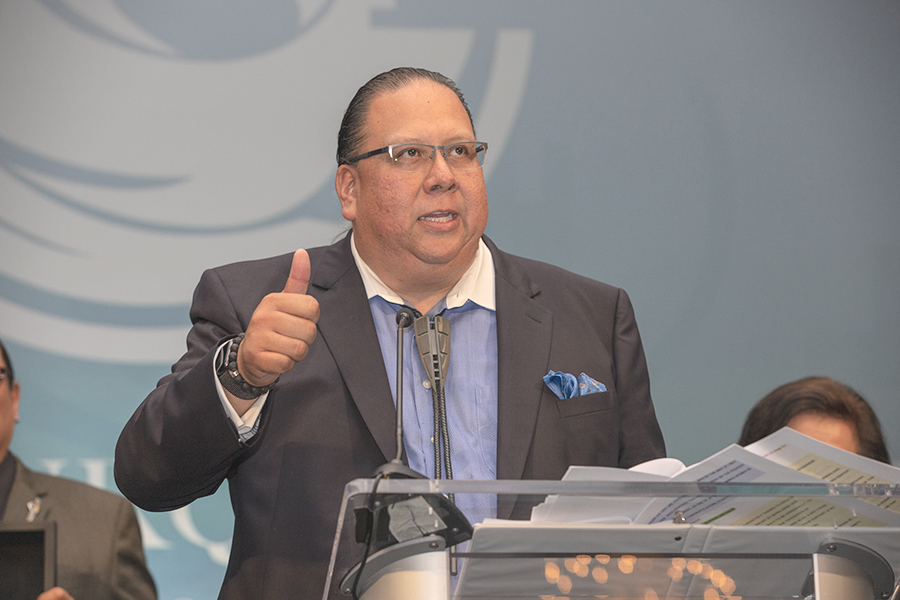 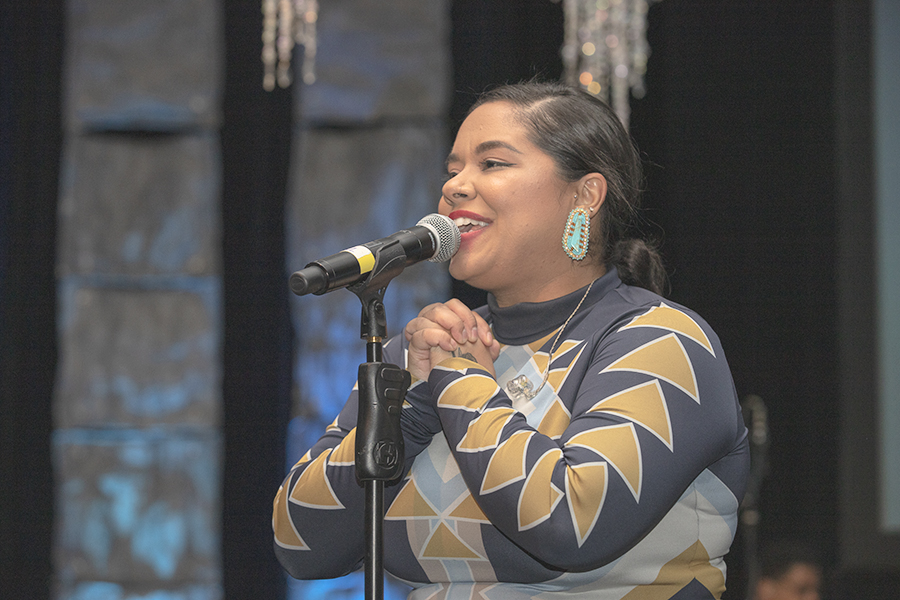