The Tribal Education Department kicked off the first of four workshops throughout the Community aimed at providing awareness about teen dating abuse and stalking.

The month-long presentations are made possible in collaboration with GRIC’s Tribal Education Department, Behavioral Health Prevention Services, Crime Victim Services, and Health Department. The Healthy Relationships portion of the series was held on April 4 at the District 6- Komatke Branch Boys and Girls Club.

Gale Rawson, Case management Coordinator for Tribal Education Department, decided that this year was best to begin workshops that address teen relationships after conversations with concerned parents about the need for this kind of awareness for youth. When asked, what participants should know about sensitive matters like this Rawson stressed that, “Teen dating violence does exist. There are ways you can protect yourself by tribal law and state law.”

Kaity’s Way student intern Kim Walker was present to provide the workshop for teens that evening.  Kim is a student from Arizona State University pursuing a Bachelors of Social Work and is also from the White Mountain Apache Tribe. This was Kim’s first time providing the teen portion of the workshop by herself and despite initial jitters she executed without any issues.

Kim’s desire to help native communities was evident when she stated, “I’m looking forward to teaching students and most importantly teaching Native students cause I am Native. And I feel like that’s my whole point of wanting to be a social worker, is to help the Native people.”

Kaity’s Way is a non-profit organization, based in Phoenix, that served as the facilitating program.  Kaity’s Way executive director and co-founder, Bobbi Sudberry share that Kaity’s Way, “brings awareness to the issue of teen dating violence and promotes healthy relationships.”  Sudberry’s step daughter was a victim of a tragic murder-suicide that claimed her and her ex-boyfriend’s lives while in high school in 2008.  Her step daughter, Kaitlyn Sudberry, is who the organization is named after in honor of Kaity, who’s tattooed portrait can be seen adorning Mrs. Sudberry’s right forearm.

In addition to providing awareness throughout the state her efforts led to the implementation of Arizona’s Kaity’s Law in 2009.  “Kaity’s Law” now provides the same protections for victims in abusive relationships as those who are married, divorced, share custody of children.  One key portion of the law is the ability to receive an order of protection against a victim’s abuser. Moving forward Rawson and her planning committee decided that events like this will need to continue on an annual basis. For anyone that wasn’t able to attend the Healthy Relationships or Bullying Prevention presentations, other events will occur again next year in April.

For now, Rawson declared that the initial goal for this month’s presentation is to “Reach one person” and judging by the interactions with youth in attendance it’s evident that goal was accomplished. 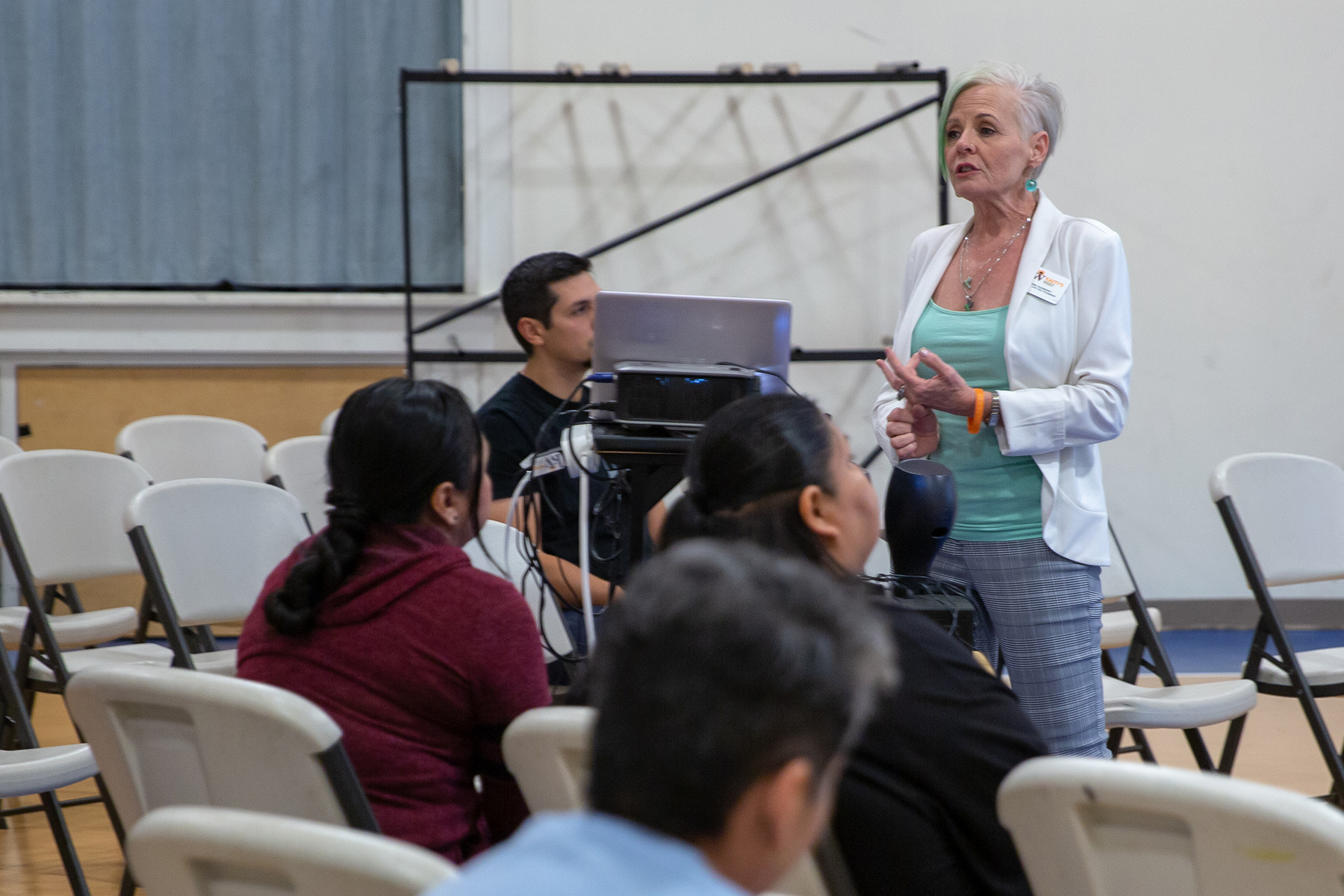