Gov. Lewis said, “The Community has made history by hiring our first female Fire Chief, Kathy Garcia.” He said her appointment is a demonstration of the commitment individuals like Garcia have in making the Community a safer place.

Kathy joined the department in 1997, as an apprentice with the first All Native American Fire Apprentice Academy. Due to her long tenure, she’ seen the in’s and outs of the department starting from the bottom and ascending to this point in her career.

Through a series of career opportunities, Garcia has filled many roles as a firefighter, acting Lieutenant, acting Captain with the City of Maricopa Fire Department.

In 2006, she returned to the Community and began her career with GRFD as a Fire Inspector. In 2014, Garcia’s leadership skills were put to the test, when she was sworn-in as the Deputy Chief Fire Marshal.

She also served with the Gila River Emergency Medical Services as an EMT. Garcia was also a Fire Captain at Station 421, overseeing the day-to-day operations.

As for being the first female to serve as Fire Chief, Garcia said, “It’s overwhelming and humbling but I’m honored.” She knows she has many youth and young girls watching her and she wants to serve as a positive influence for them.

In her new role, she looks forward to providing more training opportunities for the department.  She feels that proper training and development the department will be better adequate to enhance its survive to the community.

There are many that have supported her through her career. “Besides my kids being the most influential in my life. It has been two people: Deputy Chief Dave Martin and former GREMS Chief Lawrence White”, said Garcia.

Throughout her career in the firefighting profession, she is also a mother of two children. Her oldest, Roland Enos Jr., served in the United States Marine Corps, and has a degree from Arizona State University. Her daughter, Devin, is currently attending Central Arizona College, pursuing a degree in nursing.

She is also a grandmother to a grandson named RJ. Garcia attributes her success to family, co-workers, mentors, friends and her two children for inspiring her to do more, while giving back to the Community. 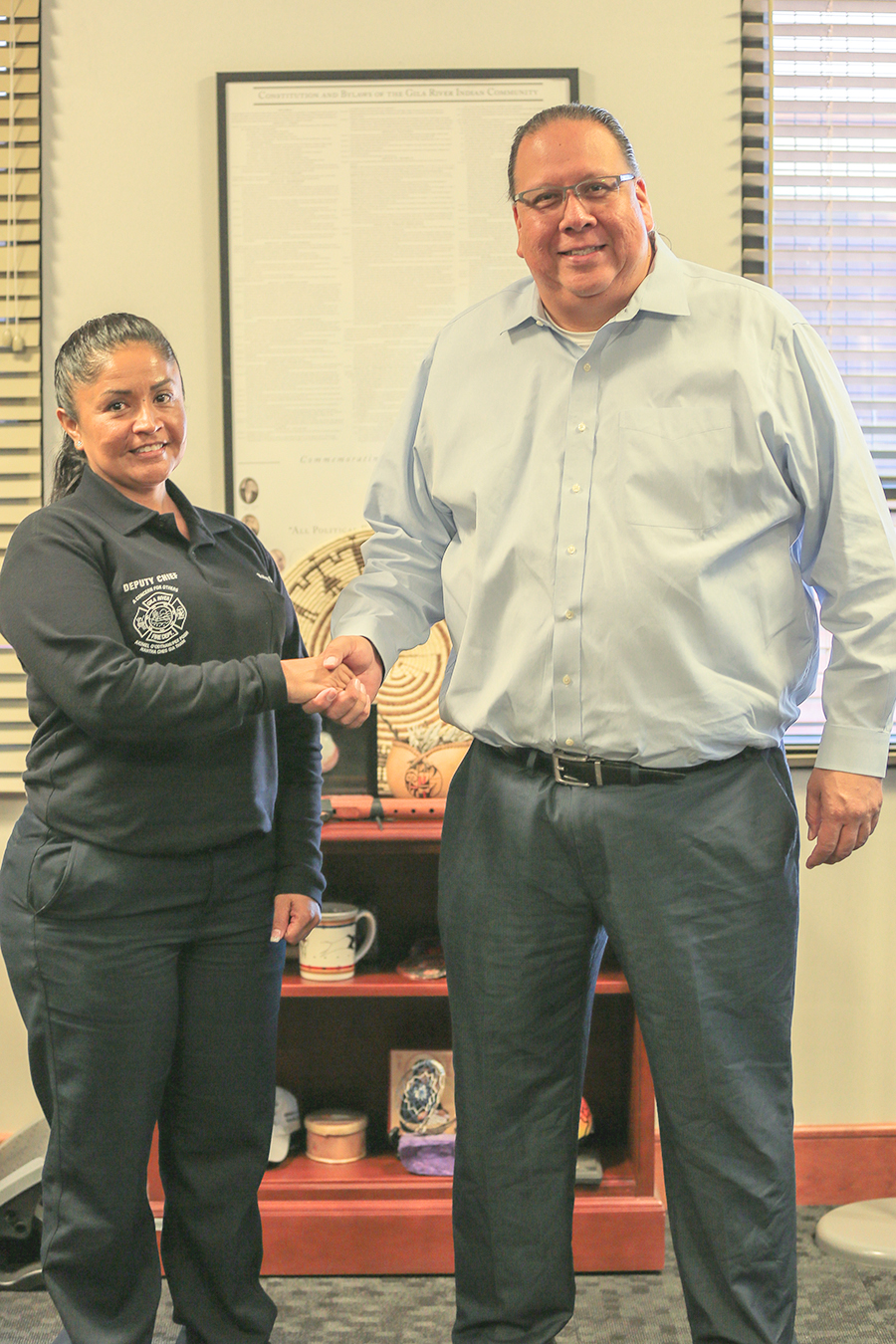