Gallego, is the Chairman of the Subcommittee on Indigenous People of the United States, was integral in supporting the Community’s efforts to construct the school through the unprecedented partnership with the Bureau of Indian Affairs. The Community’s approach and completion of the school serves as a model for all of Indian Country to follow.

Gallego spoke about the partnership between the Community and the BIA, “As a federal government we are failing Indian Country by not building schools faster. And for tribal organizations that have the funding, organization, and capability to be able to do what the Community has done, would be a strong and effective way to build modern schools for our students.”

After the tour, Gallego stated, “It feels great being here” Seeing classrooms filled with teachers and students made the tour a success. Those who attended the ribbon-cutting couldn’t see the school in full swing as Gallego did that morning.

Governor Stephen Roe Lewis was pleased that Gallego was able to tour during a regular school day for that reason.

Gallego stated, “The merger of technology with culturally centralized education is relevant, and the children will be able to both learn and learn about their culture which is very key in understanding who they are and help them be better students.”

He said the success of the school, “Is owed to the Gila River Indian Community to come up with an innovative way to fund the school. Especially when the BIA has failed the Community.”

Jim Mosley, Gila Crossing Superintendent said, “It was wonderful and nice to know we have the support of officials in congress. A congressman coming to our school is one of those things you always look forward too and hope that happens.

The visit is one of many visits from Congressional and Tribal Leaders who are interested in learning more about the school and its unique partnership with the BIA. 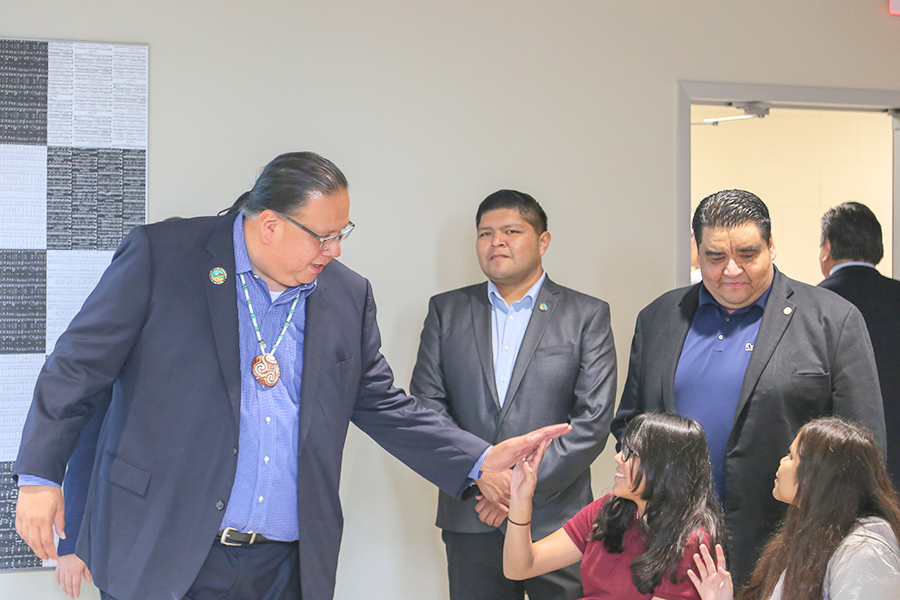 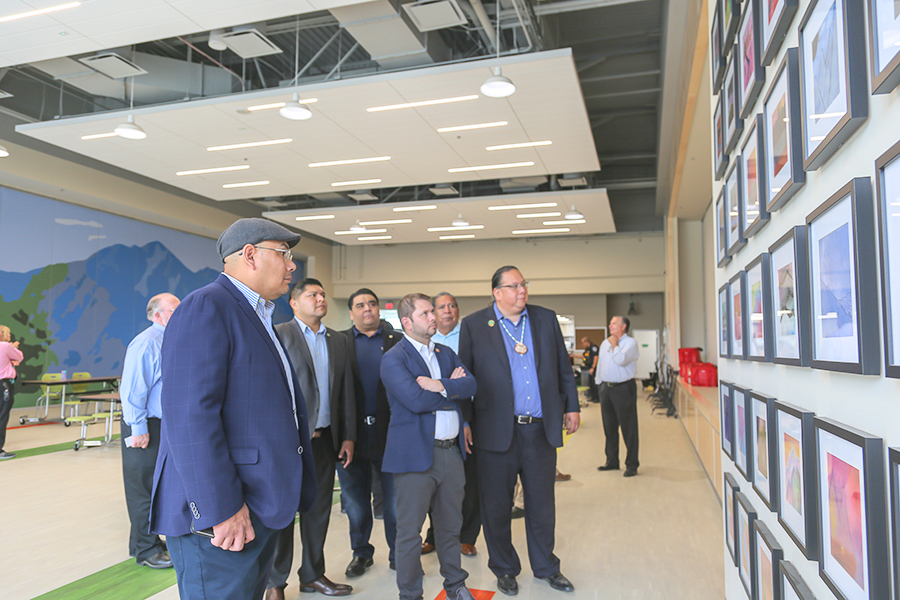 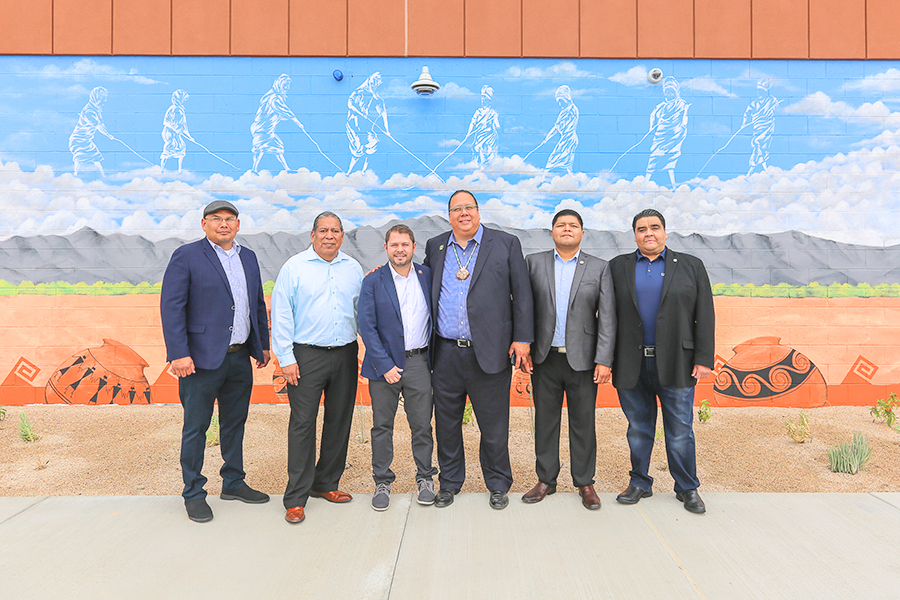 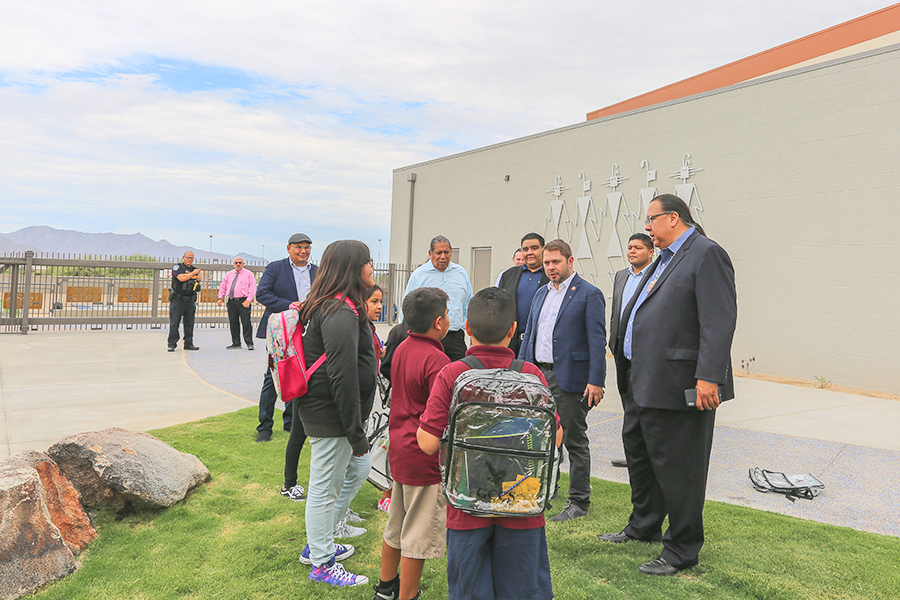 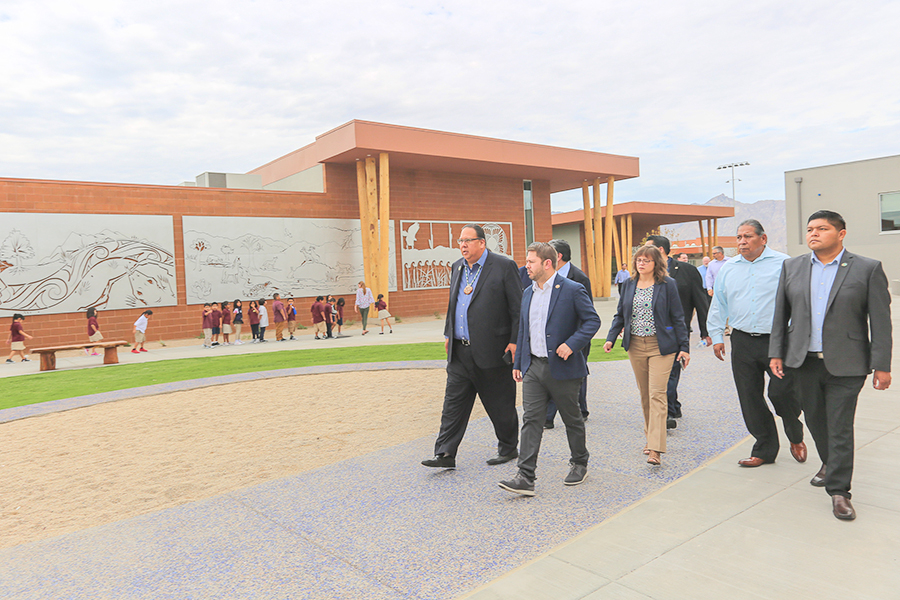