The Arizona Cardinals kicked off their preseason football game against the Los Angeles Chargers Thursday, Aug 8 at State Farm Stadium in Glendale. Prospective players utilize this time to showcase their talents to secure a spot on their teams.

Among the on-field talent, were two flag football teams from the Community, who showcased their skills and abilities on the field under the bright lights at halftime.

The Komatke Stars and Sacaton Flag Football Team were two of eight teams that took to the field at halftime for exhibition games. Both Gila River teams are with Boys and Girls Clubs of the East Valley Sacaton Branch and Komatke Branch in partnership with the Arizona Cardinals Youth Football.

The Komatke Stars were led by coaches Regan Thomas and David Antone.  The Sacaton Team was coached by Chelsie Hadley and Allen Pratt. Both branches played their “8 years and under” teams.

Coach Streety said of the Gila River teams, “The kids on the Community participate in the programs run by the two Boys & Girls Club programs. Those seem to be running well, and the total is around 60-70. They are looking to grow and add a teen league, and that will help them approach the 100-year mark.”

This game is one of many opportunities the Community will display a strong presence throughout the season.  One notable event is the Community Day game that will take place later this Fall. 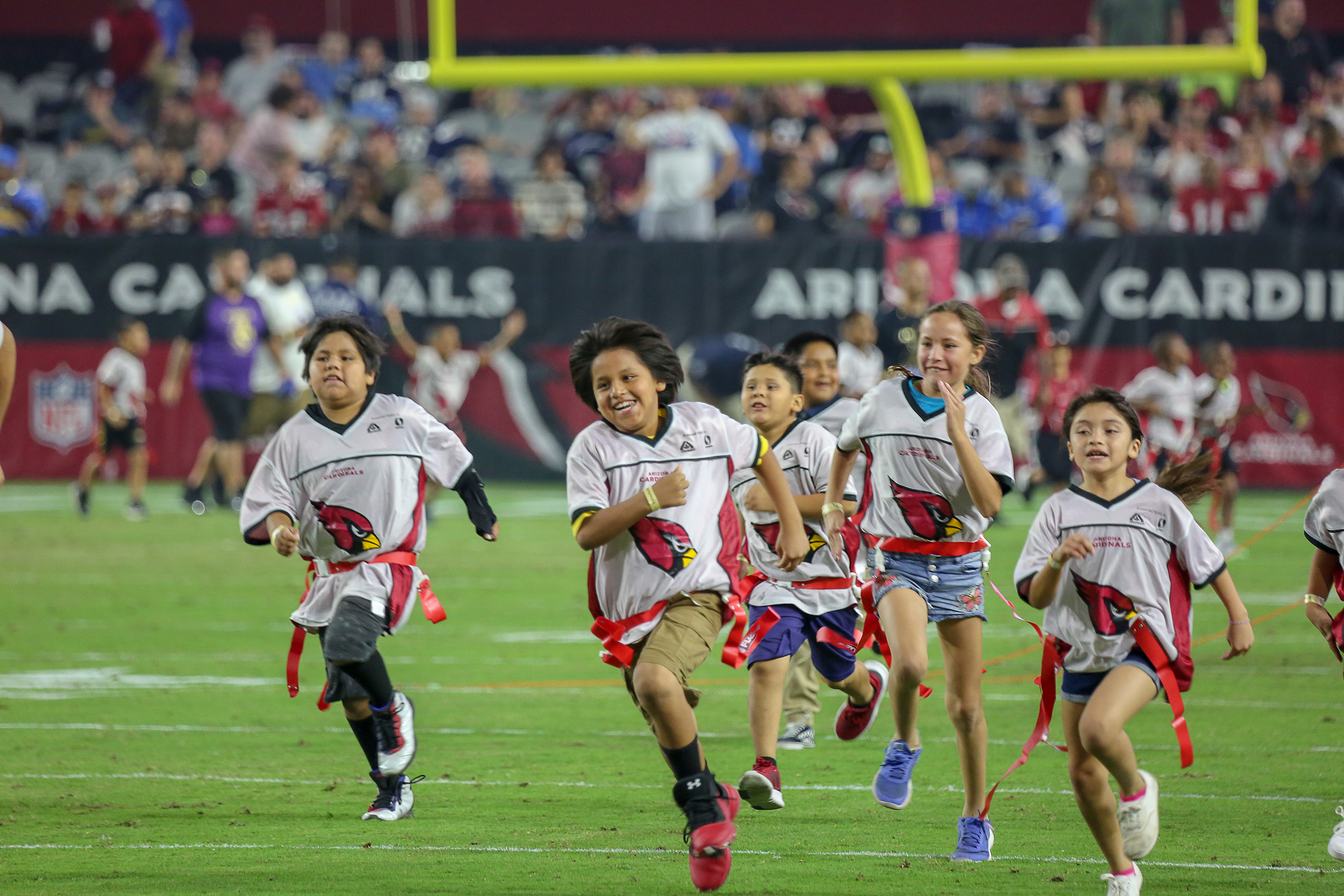 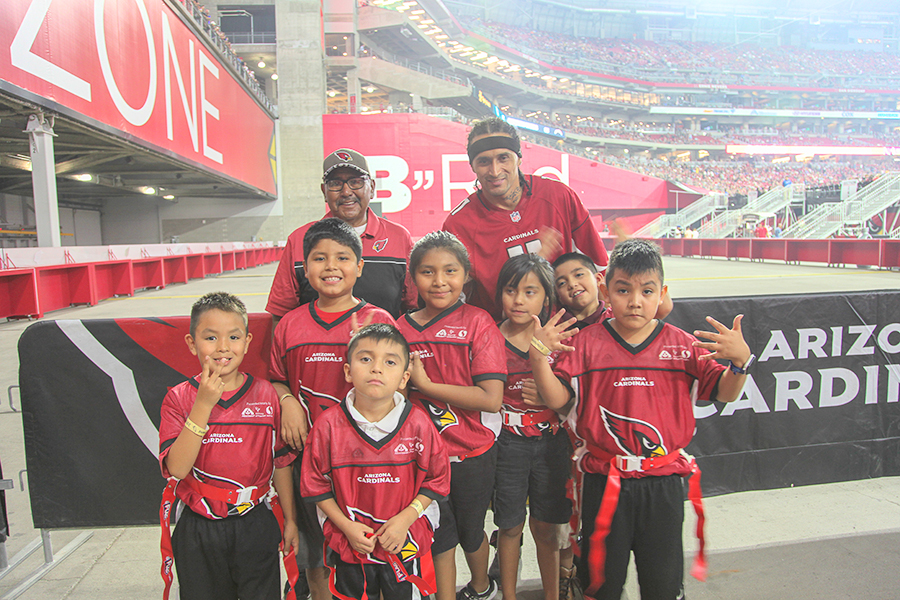 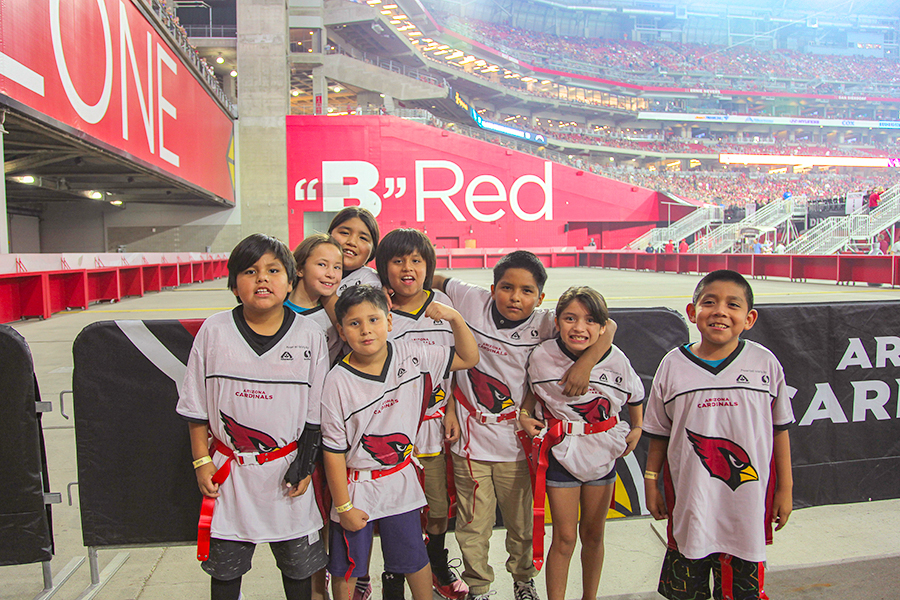