Arizona Governor Doug Ducey, was joined by tribal leaders, representatives and advocates, who witnessed the signing of House Bill 2570 at the historic Senate Chamber at the State Capital Museum on Aug. 13.

In attendance, were Lt. Gov. Robert Stone, District. 4 Council Representative Monica Antone, and Gila River Police Department Chief Timothy Chavez. Introduced by Rep. Jennifer Jermaine, D-Chandler, HB 2570 is a bill, that establishes a study committee on missing and murdered indigenous women and children and will aide in the collection of data and resources to address the issue.

“We are here to address an issue that has personally impacted people in this room and countless others across the nation,” said Ducey. He said it is a crisis, that is a heart wrenching reality to tribal communities in the state of Arizona.

The bill, which passed unanimously through state legislature, is an example of the support law makers have about addressing missing and murdered indigenous women and children.

Ducey said four in five American Indian and Alaska Native women, have experienced violence in their lifetime and in some communities across U.S., the murder rate of indigenous women is 10 times the national average. “For years, so many families have been subjected to the grief and pain of losing a loved one, who was killed or sadly vanished,” said Ducey.

Ducey said they are here with family, friends, advocates and warriors who have led the fight for answers, and today will see action. He said, “[Their] resolve is why we are here to sign HB 2570, this bill establishes a 21-member study committee on murdered indigenous women and girls.”

He thanked Lt. Gov. Stone and the leaders of the Community in bringing attention to the crisis and the many other state representatives for bringing to the light the issue of MMIWC.

“To the victims of the families here and throughout the state, we feel your pain and stand with you to achieve justice and put this crisis to an end,” said Ducey.

Antone said, “All the 22 tribes in Arizona will have an avenue to get data on cold cases on their reservations and allows for better coordination with tribal law enforcement, federal and state governments, that may in fact fall into this category.”

She said it was a powerful experience to see victims of violence testify before state legislature to get the bill passed. Antone said, measures like HB 2570 and the Violence Against Women Act, upholds the rights of victims of violence.

Antone said, the bill not only protects women and children, but other groups as well. “There’s a provision in there for men and also for the LGBT community.”

She said there are groups in the Community, that need the support of HB 2570, to cast light on missing individuals.

Stone said, “Something needs to happen and with the sighing of this bill by Gov. Ducey, it helps tribal communities tighten up on their data assessment and collection to bring forward this issue and the resources needed to solve [those] cold cases.”

He said, to have the representation from the Community, other tribes and state come together is a big step towards addressing missing and murdered indigenous women and children, that includes men and members from the LGBT community. 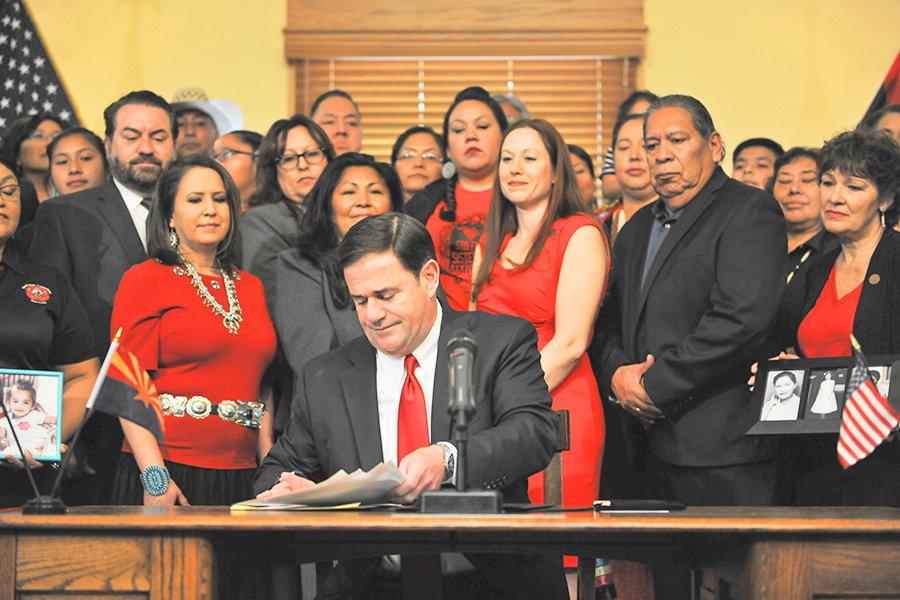 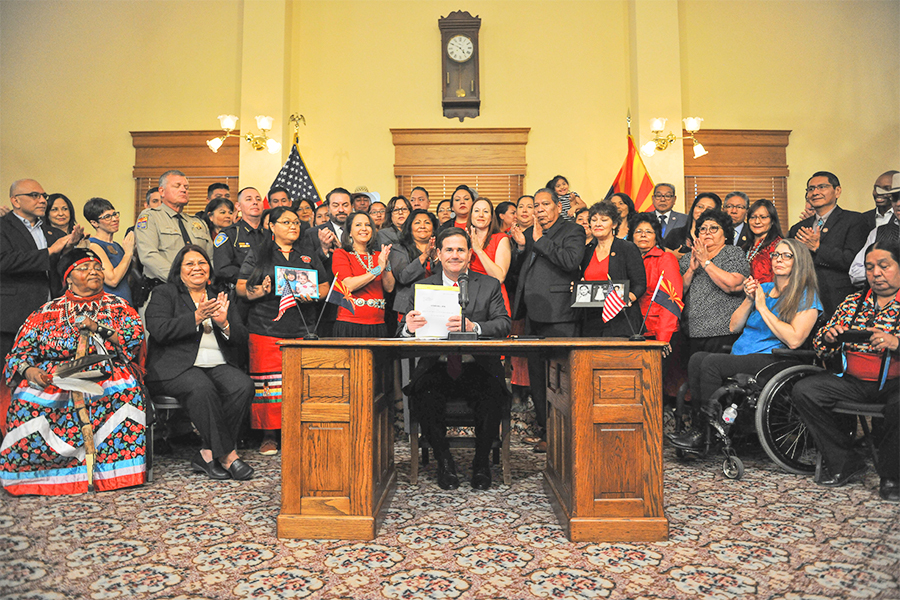