Under the theme, “Reflecting on the Past and Protecting our Future,” the Gila River Indian Community celebrated Water Rights Day on Dec. 10, the 15th anniversary of the Arizona Water Settlement Act of 2004 signed by President George W. Bush.

Held at the Sheraton Grand at Wild Horse Pass, the celebration included past tribal leaders, video and award presentations and special messages from those who played a role in the landmark settlement.

“We have this day to remember those past leaders, what the fight was for a long time ago, and to keep it in our hearts,” said Antonio “Gohk”Davis, master of ceremonies for the event.

“It’s been a record crowd here, to show-up for such an important and historic day, to celebrate the regaining and continued fight for our water rights,” said Gov. Stephen Roe Lewis.

“The Gila River Indian Community, is part of a larger settlement, the Arizona Water Settlement enacted by law. The Community settlement was a significant and integral part of that overall settlement and is an indispensable party of the Lower Basin Colorado River Drought Contingency plan,” said Tahsuda.

On behalf of DOI Secretary David Bernhardt, Tahsuda presented Lewis with a letter approving the Community’s water code. He said the approval is required by the settlement act and is the only remaining task by the DOI to fully implement the Community’s settlement and represents years and countless hours of GRIC and Department employees to recognize the efforts of everyone, who made the water settlement possible.

Tahsuda read a letter, written by Bernhardt, praising the late Rodney B. Lewis, “Rod Lewis was unwavering for over 30 years, in his commitment to negotiate and implement a settlement that would secure a just and final resolution of the Community’s water rights.” He said it’s a testament that not only benefits fellow Arizonans, but tribes throughout the entire southwest.

Lt. Gov. Robert Stone, said, “The future generations of Community members are important to preserving the water, but it is also important to know what it means to be Akimel O’otham.”

Stone said the Community has a long tradition of farmers and agriculture.  “The farming purpose, was a major part of the settlement, we acknowledge those individuals today, we know it’s a historical part of our lives,” said Stone.

“This is a very important day to share remarks on the theme of today’s event,” Kristina Morago, Public Involvement Specialist for the Pima-Maricopa Irrigation Project.

“It’s a full-circle moment for me, because sitting on [Community] Council at the time, we talked about what will happen when the Community gets its water?” said Morago.

The Akimel O’odham-Pee Posh Youth Council was featured in a video presentation honoring GRIC’s water rights and they discussed their involvement in learning about the water settlement.

“We had attended the water rights relay this past Saturday, it was a very beautiful day and experience to see where our water flows and what it means to be Akimel O’otham,” said Trenton Owens, of District 5.

Lewis presented awards to acknowledge the past council representatives and leaders for their work in the water rights fight. Those recognized was Lucius Kyyitan who acknowledged the elders for the survival of the Community.

“The history of the people and how the fight for water rights goes back many decades, we must honor that, by educating our youth about how it is important to our Community’s future,” said Kyyitan.

Cecil Antone, former lieutenant governor, said the Community’s past leaders dedicated their life to keep the fight going for the people. “We must go on protecting our water, there’s an old saying, ‘first in time, first in line,’ we must understand that to prevent history from repeating itself,” said Antone.

Former governor Richard Narcia, who was in office during the signing of the water settlement remembered the historic moment of the final vote in Washington D.C. “I was in the chambers of the House of Representatives where the final vote was taken, I recall our tribal representatives, general council and Rod Lewis, who were present to witness history being made,” he said.

Narcia said as the Community moves along, the water still needs to be protected, because it provides the cultural strength of the people.

Other past leaders, who were recognized included, the late Dana Norris Sr. and Mary Thomas, who served as past governors. 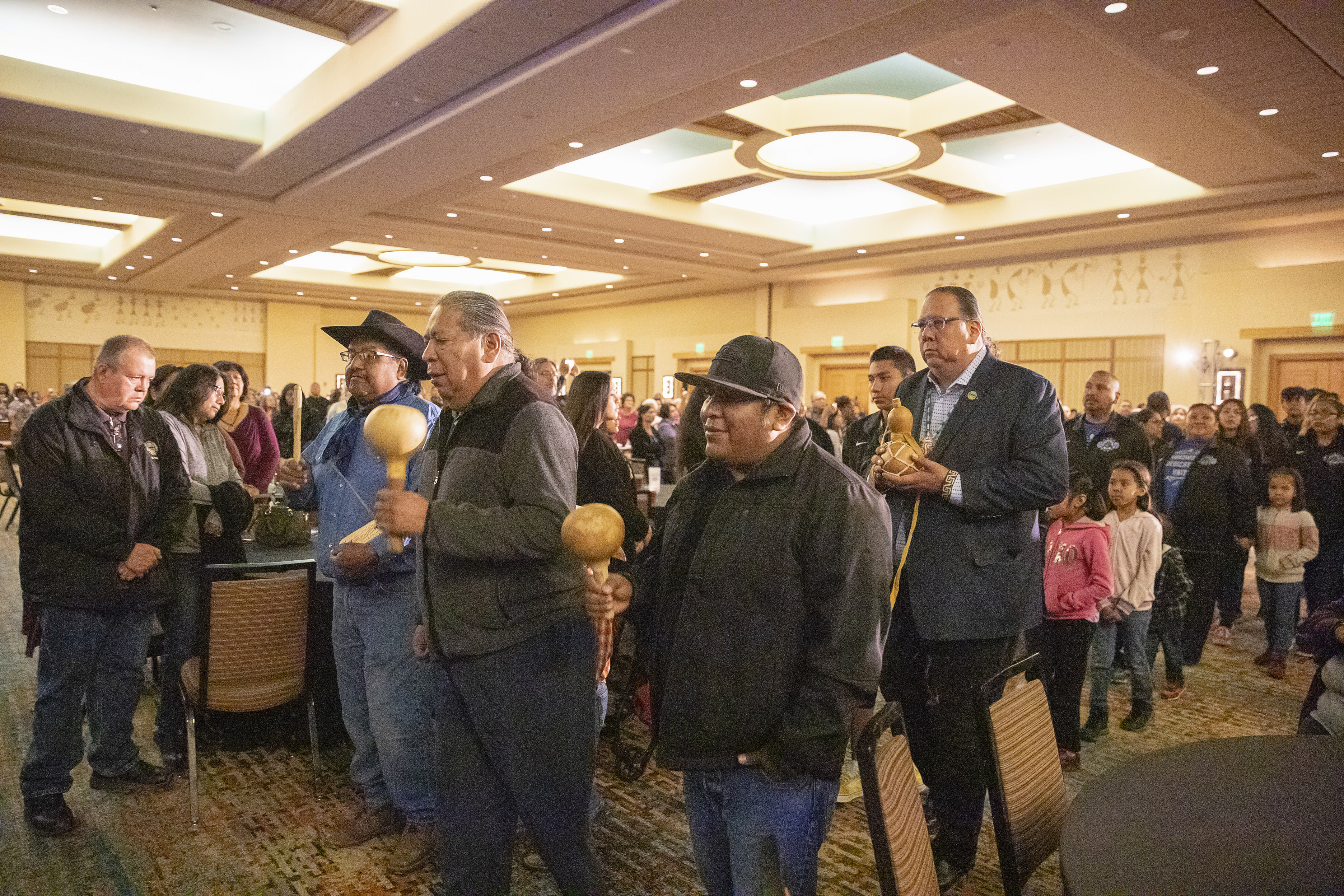 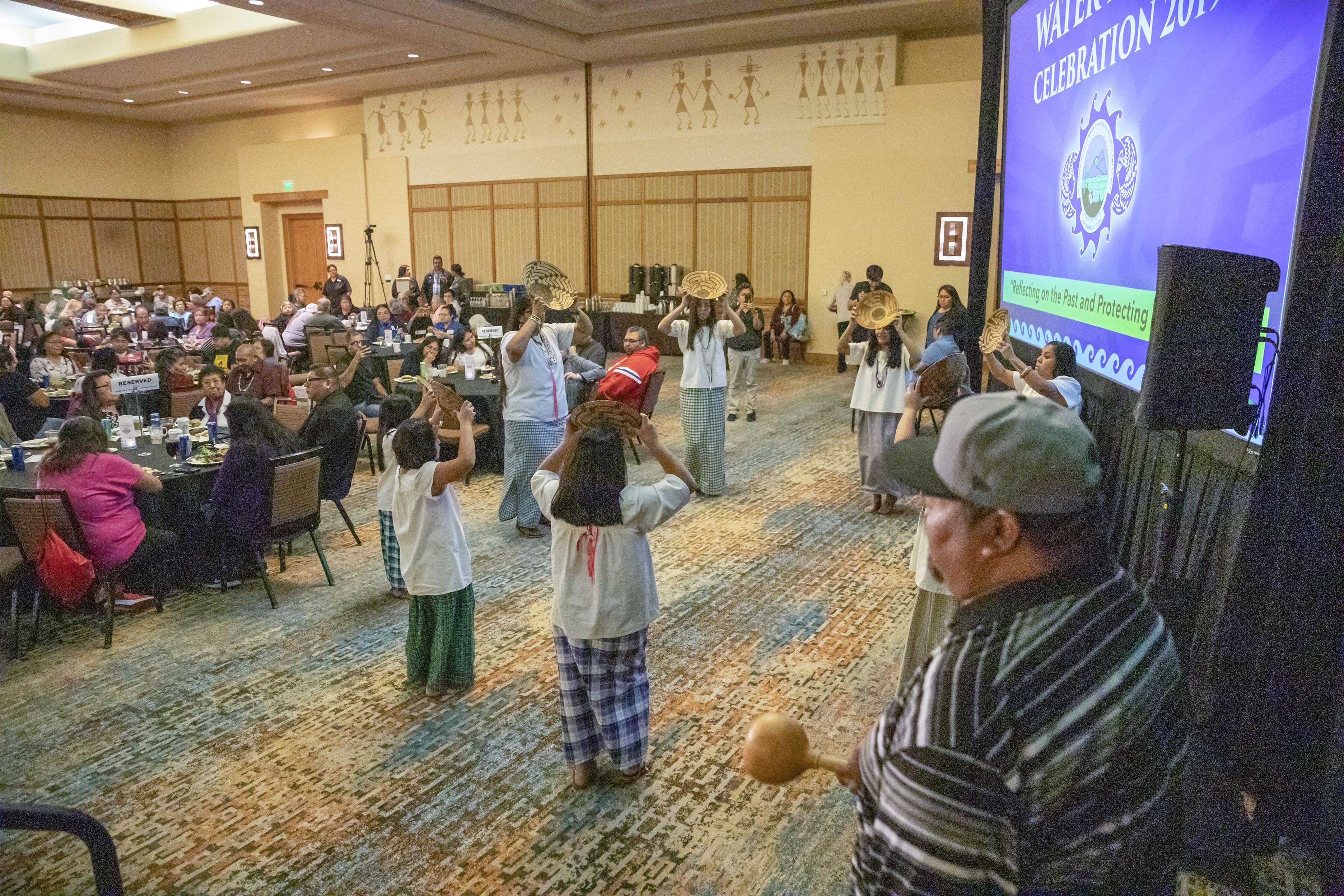 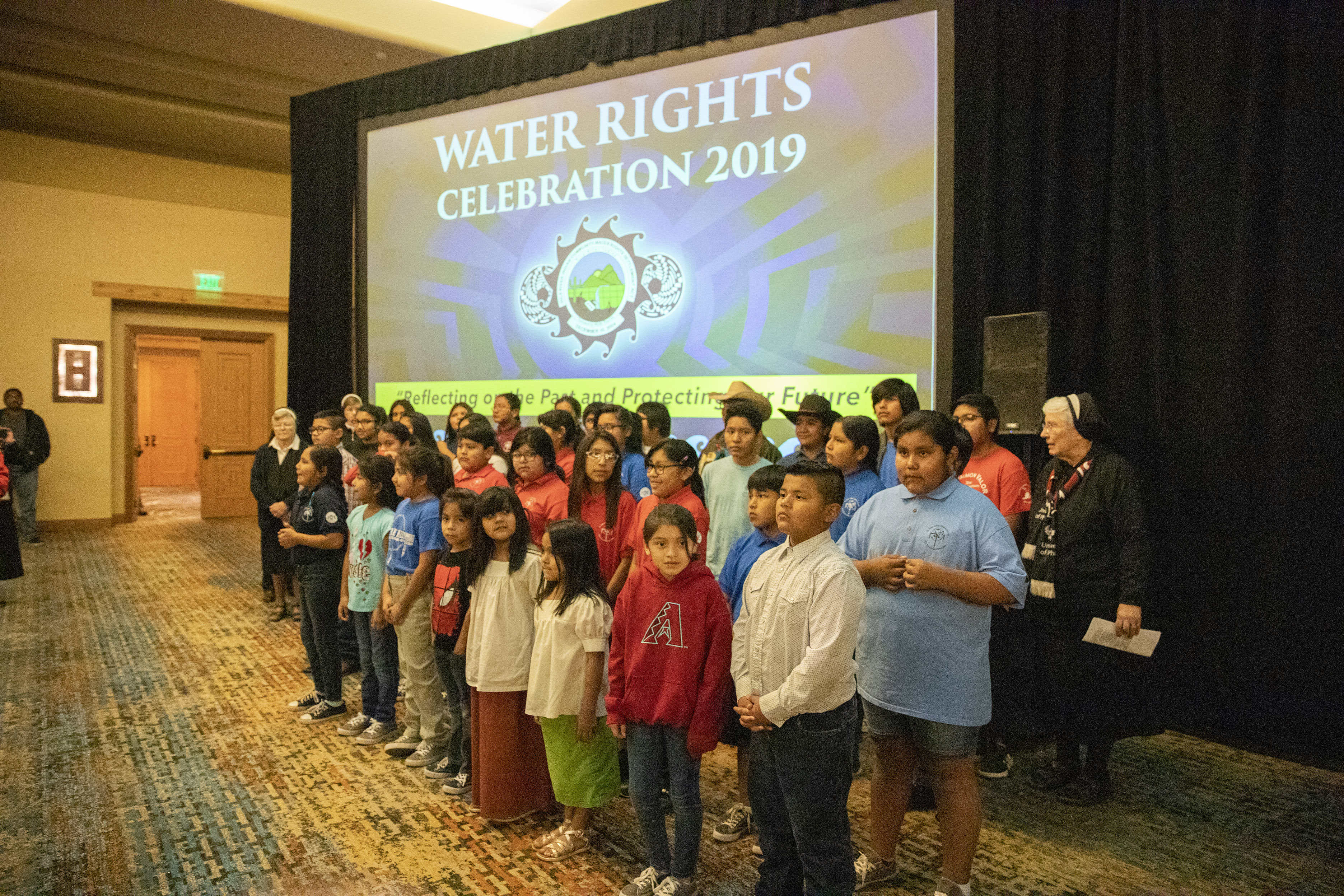 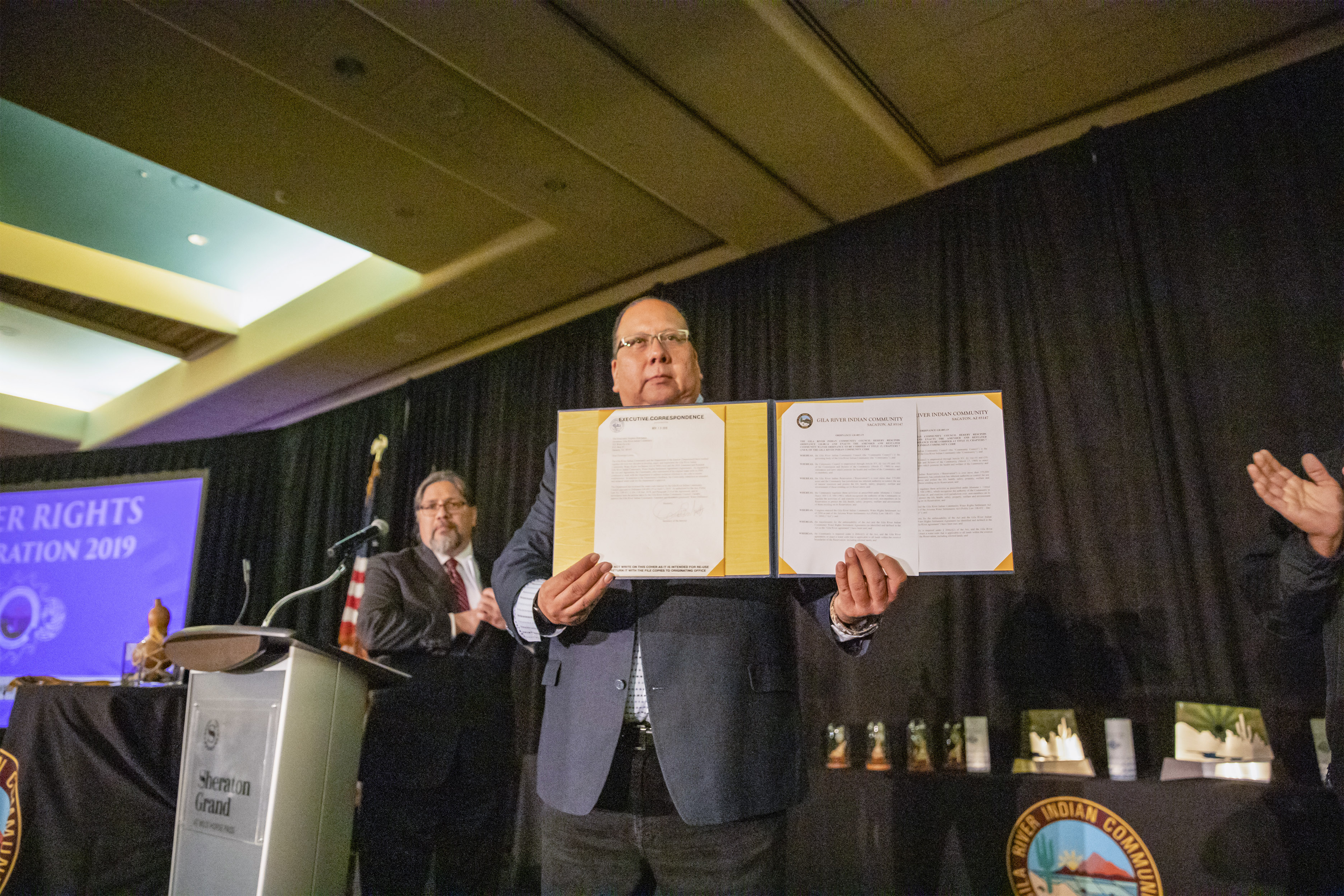