The Ira H. Hayes American Legion Post 84 along with the Japanese American Citizens League (JACL) and the District 3 parks and recreation, have been constructing a memorial monument for the late Masaji “Mas” Inoshita. Located at Matthew B. Juan/Ira H. Hayes Veterans Memorial Park in Sacaton.

Construction for the monument began in November and in a small dedication ceremony was unveiled on Sunday, Dec. 8. One day before what would have been Mas’ 100th birthday.

After Executive Order 9066, Mas’ family, including his parents and eight siblings, spent three years in the internment camp in the Community. Mas enlisted in the U.S. Army, joined the Military Intelligence Service, and served as a translator in Burma, India, and China.

Mas became a close friend to the Community, working to educate everyone about the camps and the need for diversity of races in the workplaces, schools and in society. He spent most of his adult life as a historian and civil rights advocate.

The monument is a four-foot tall stone structure, with a plaque with a picture of Mas, behind it is a replica of the one located at the site of the internment camp in the Community; “We wish to honor all Japanese Americans, who were taken from their freedom and still had the love and respect to serve our country” said McDaniel, who helped construct the monument.

Mas daughter and three grandchildren were present for the dedication. “My father would be humbled and just so incredibly touched,” said Marilyn Inoshita Tang, “I just can’t tell you how incredibly wonderful this is. I thank everyone.”  Benches will be added next to the monument in the future. 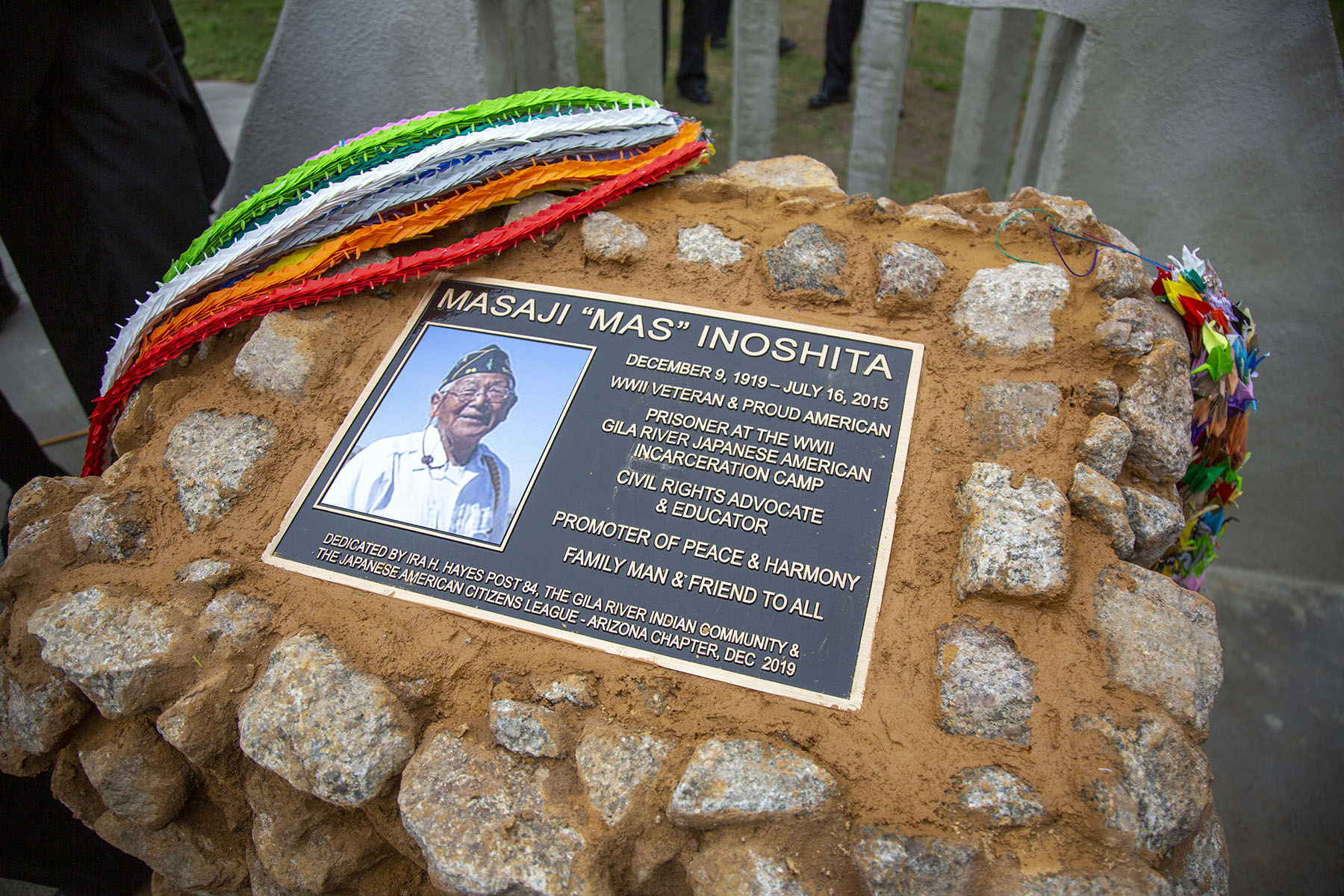 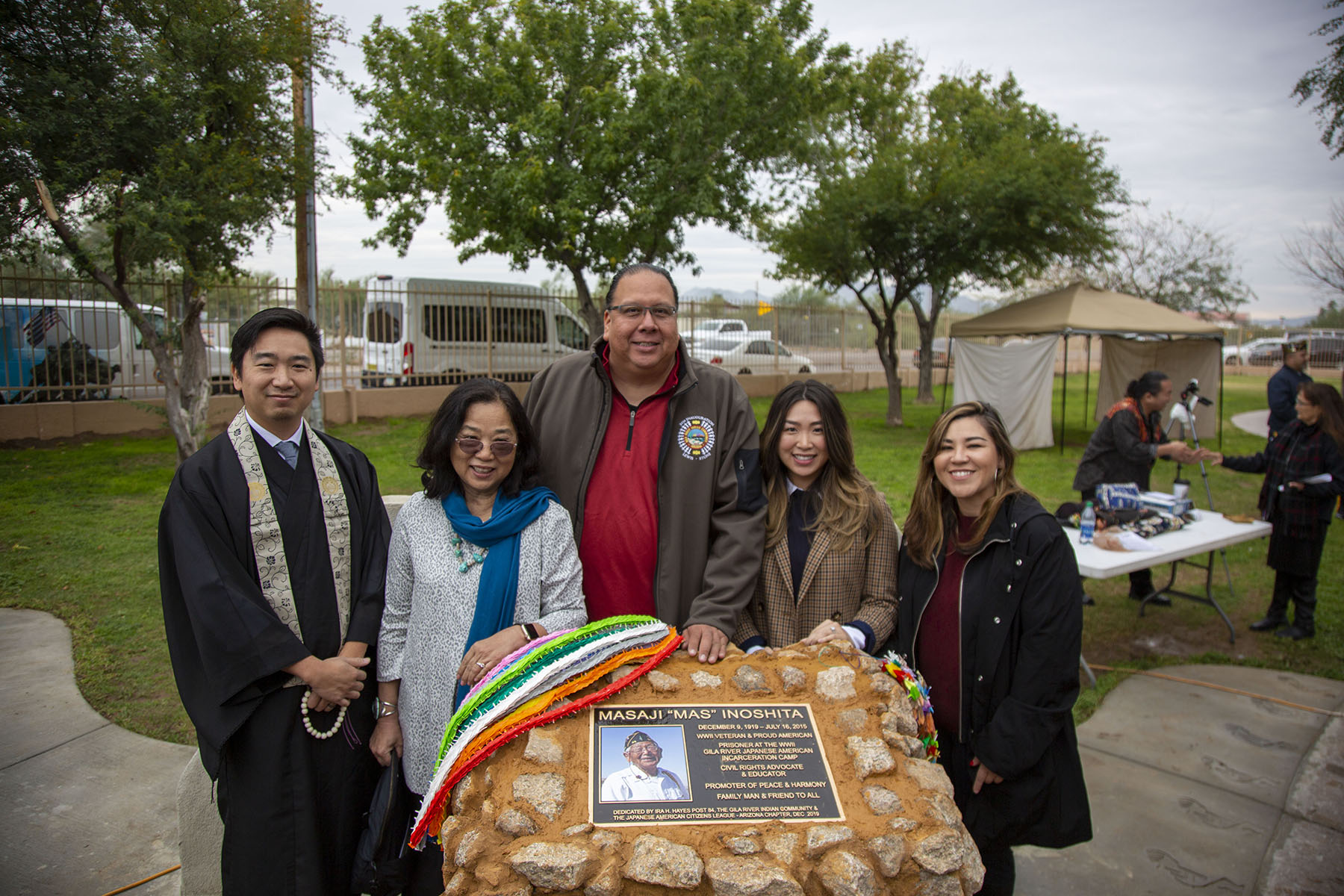 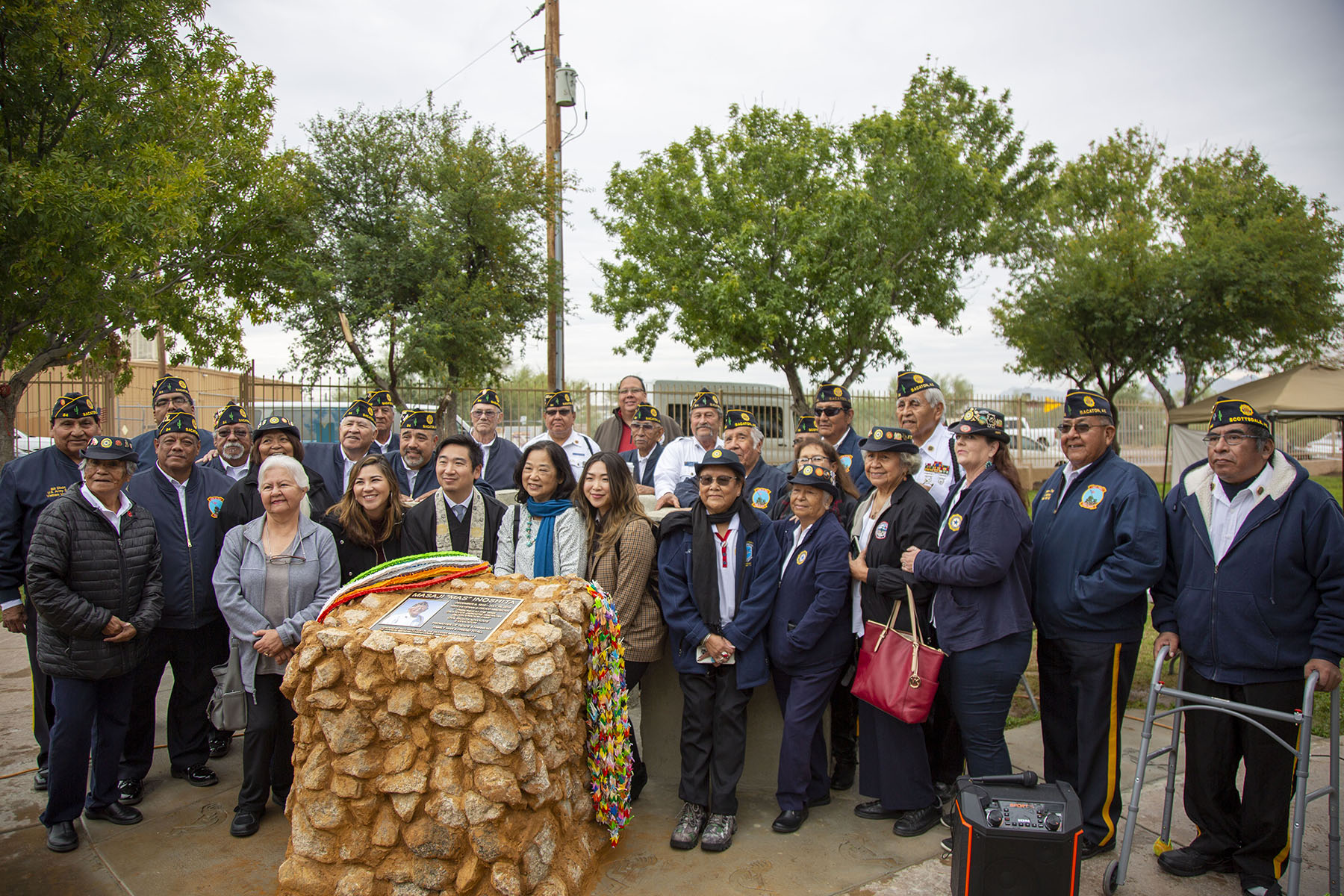