The Ak-Chin Indian Community held its 2019 Masik Tas Light Parade Dec 7. The parade is in conjunction with their 2019 Masik Tas Celebration, where Miss Gila River Tyler Owens supported the celebration by participating in the parade.

Despite falling rains and cold temperatures, over 30 floats lined the Ak-Chin housing roads in preparation for the 1-mile parade route through the community via Farrell Rd. Miss Gila River Tyler Owens traveled the route in a pickup truck adorned with lights and a vatho.

The light parade closed day one of the 2019 Masik Tas. The Ak-Chin Celebration would continue the following weekend, where they hosted a Rodeo, Vaila, and cultural dances, wrapping up with a concert featuring Ramon Ayala. 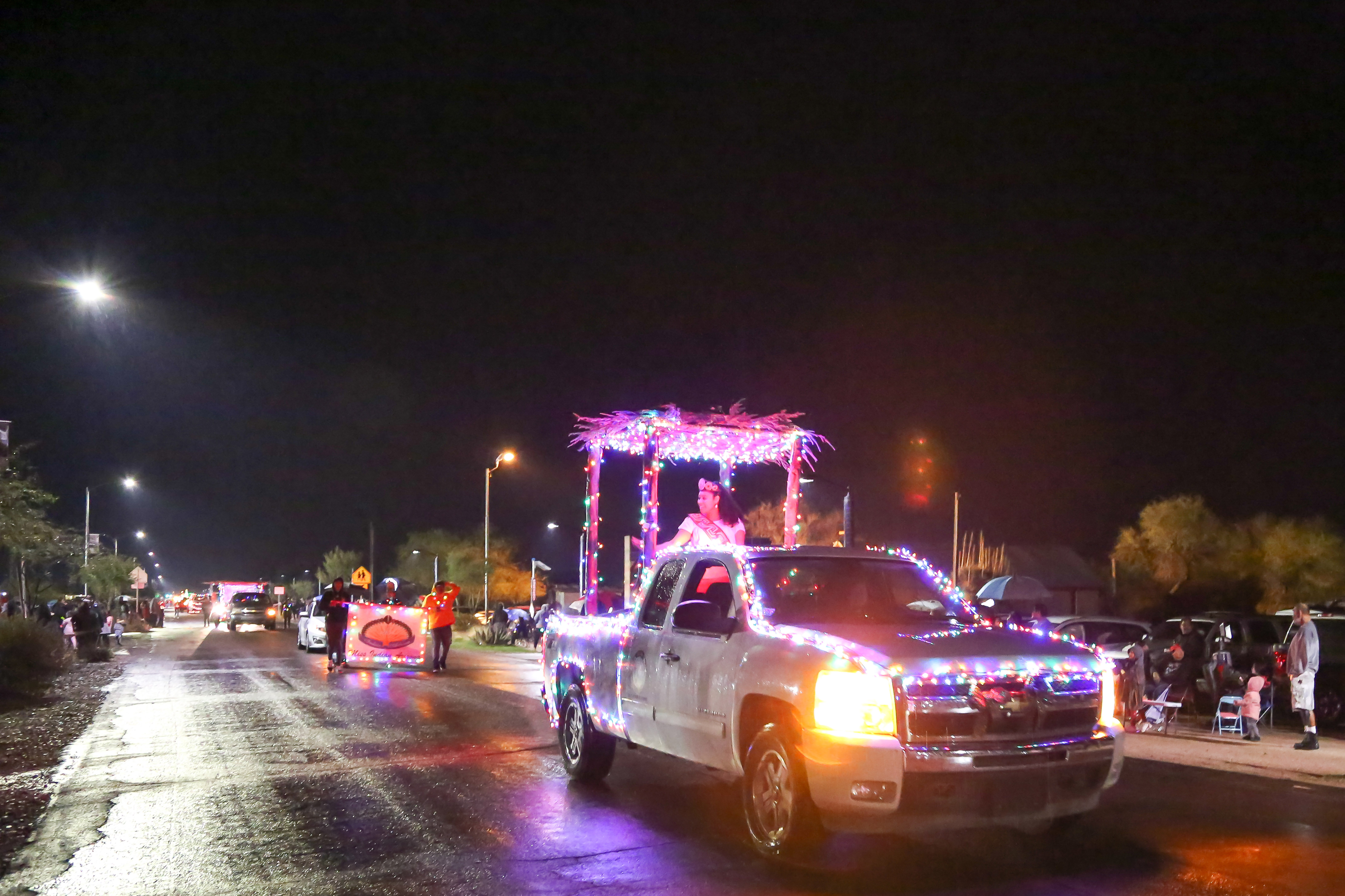