FIRST LEGO League (FLL) “City Shaper” robotics tournament, was held on Nov. 16 at the Intel Corporation in Chandler. FLL is a global robotics program, designed to ignite an enthusiasm for discovery of the basic principles of science, technology, engineering, arts, and math (STEM) in children, ages 9-14. FIRST (For Inspiration and Recognition of Science and Technology) was founded in 1989 to inspire an appreciation of science and technology in young people.

“They’re going to see teams that are experienced,” said Jo Ellen Kinnamon, STREAM teacher with St. Peter Mission School. The day before the tournament, Kinnamon and her students stayed after school to practice. Most of the students expressed that they were excited and nervous for the tournament, which brought in twenty-four teams of about 200 kids from all over the state.

Although being new to the First Lego League competition, the Community teams did very well. Participating in robotics tournaments enables children to gain real life experiences in team work, collaboration, programing skills, engineering problem solving skills and prepares the next generation to enter STEM careers, according to Anna Prakash, an engineer with Intel & cofounder of nonprofit Education Empowers Inc. promoting STEM and robotics for local children. 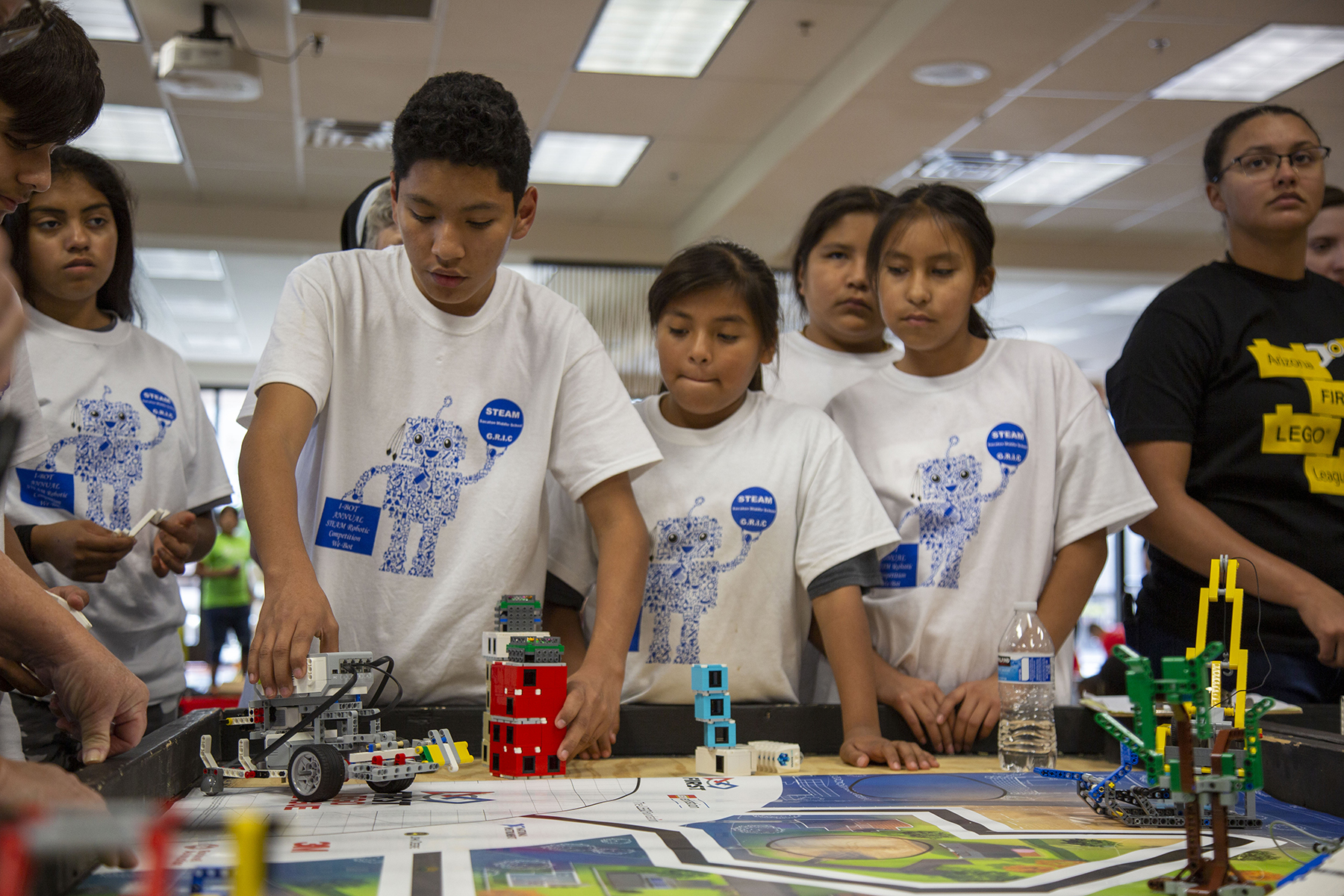