“We are coming together to honor very special alumni leaders, as well as 120 student leaders, that have been identified by faculty as the best of our 25,000 students,” said Eric Spicer, Executive Director of Development for the College of Liberal Arts and Sciences.

Inside Armstrong Hall’s Future Center, a plaque was unveiled, inscribed with the names of 69 alumnus including Gov. Lewis, who was recognized as one of the College Leaders.

“It's very special to be able to represent, not only the Community, but Native Americans as a whole,” said Lewis. He said he is proud to be an alumnus of the college, and is grateful for the school’s mentors, professors and others, who contributed to his education at ASU.

He said the honor isn’t based on one person, but shows how transformative education can be and serves as a model for Community members who are interested in higher education.

“I think [this] is what our elders want, what our parents want, it’s what veterans have fought for, for a better life for our Community,” said Lewis.  Spicer said the plaque reflects the trend of role models for successful leadership, that is indicative of the core teachings student receive at the college.

Four individuals were also inducted into the College Leader’s alumni during an induction and recognition program inside the Marston Exploration Theater at ASU. They were Clinton Ang, Reyna Montoya, Cheryl Najafi, and Michael Convey. Each of them either represented a vast field of careers as entrepreneurs, CEO’s, authors, and judges for major municipalities. 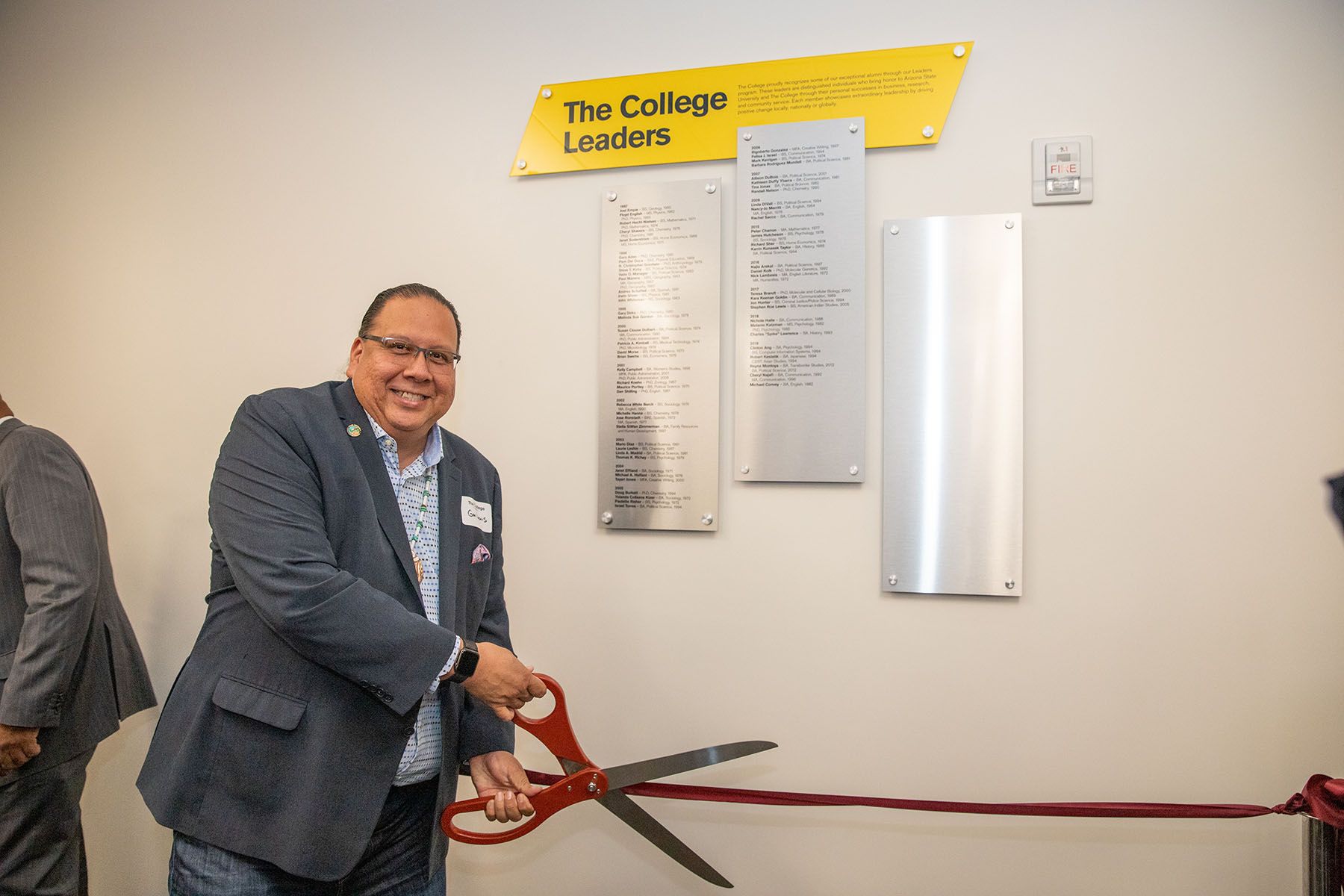 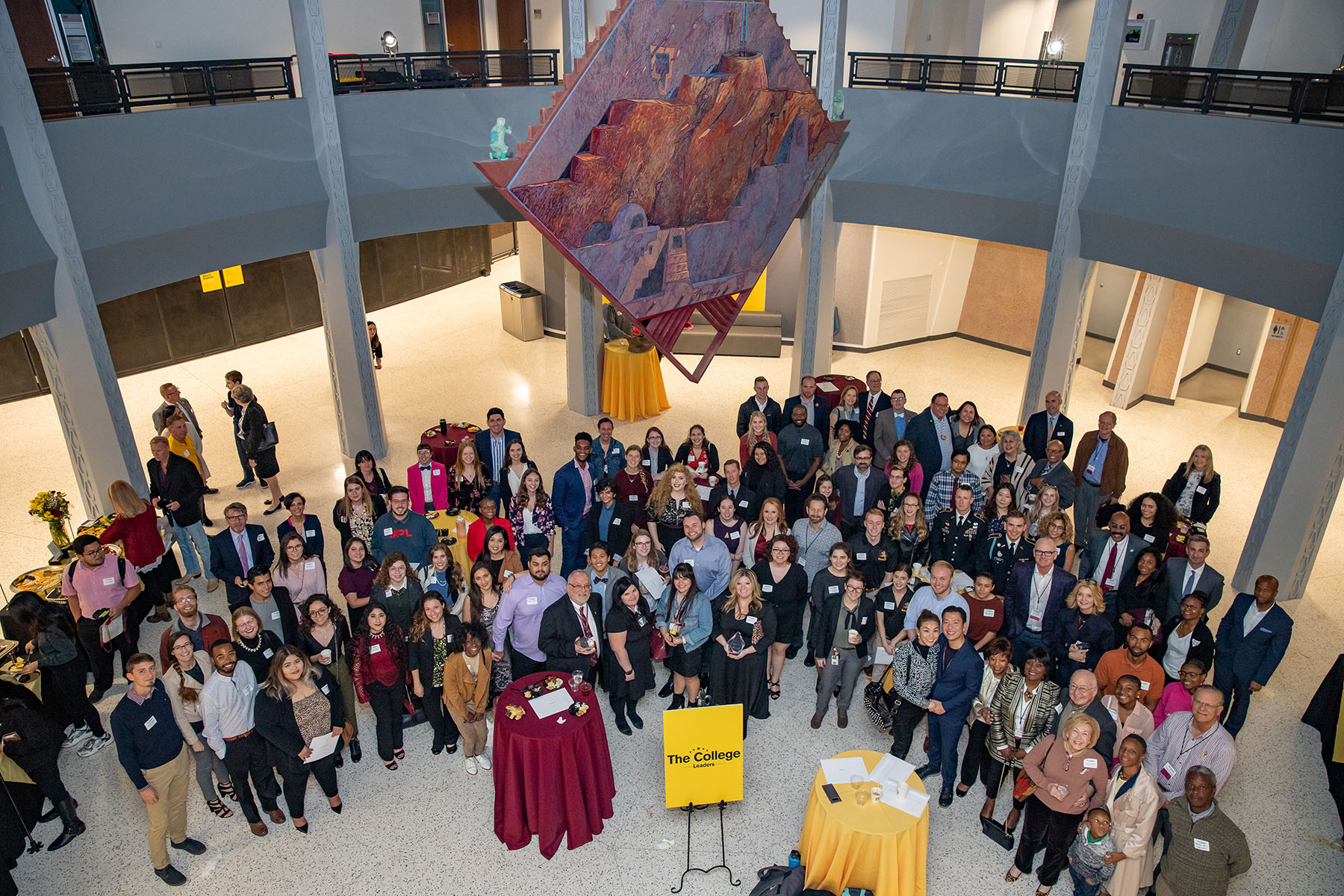