“I want to say ‘thank you’ for voting for me,” said Jackson of the honor.

“This is something special, you really support each other,” said Gov. Lewis of the staff members who attended the presentation.

He lauded the Gila River Indian Community departments for their tireless efforts in service to the Community.

“I go to all these different departments, I know that we have hard times, life happens, and you guys pull together,” he said.

Jackson was presented a Pendleton blanket, and a plaque inscribed with her name, which proclaimed her as the 2018 Governor’s Employee of the Year.

Jackson is the fourth employee from Finance that has been selected as Employee of the Month. 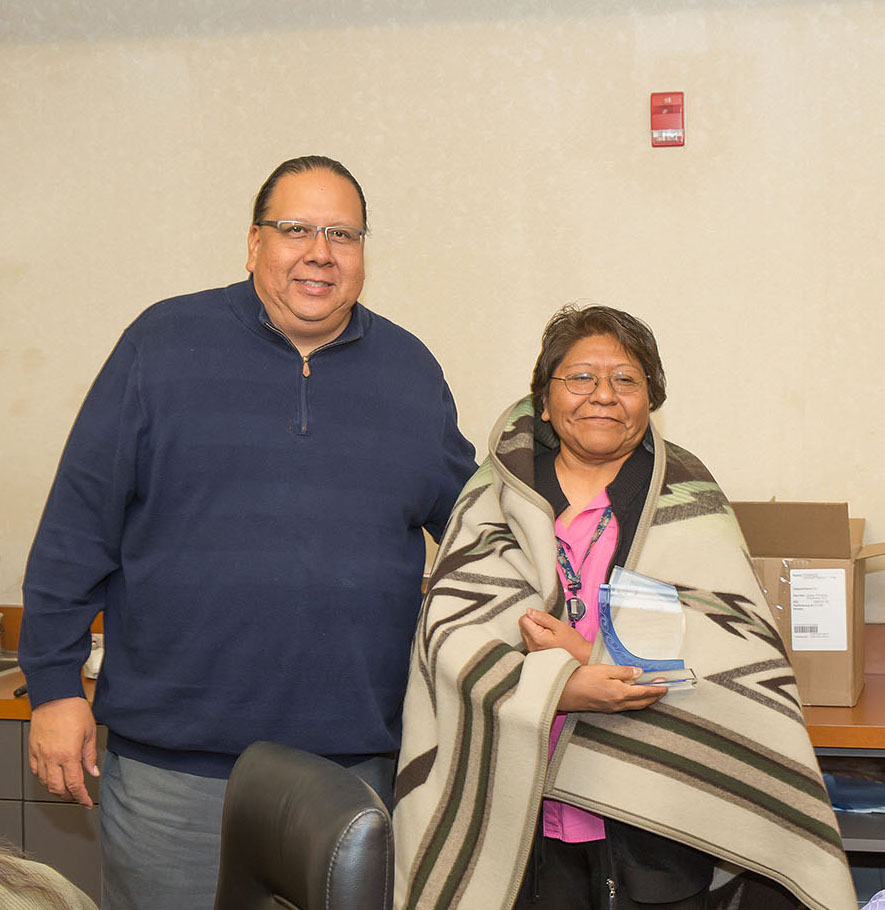