School construction has been underway since the groundbreaking in July 2018, and in six months, the current aging and undersized school will be replaced by brand-new facilities on West Pecos Road, in District 6.

Before the Owner’s Team toured the site, James E. LaPosta Jr., JCJ Architecture, and Laurie Post, Tela Art Resource, updated the team on the design and artwork for the new home of the Eagles on Jan. 24.

The design update included information on the playgrounds, appliances, equipment, materials and other needs integrated into the project.

Post shared artwork concepts with the team and their locations throughout the school grounds and in the classrooms and interior spaces.

The meeting was adjourned and the team toured the site of the future school. “This is a spectacular location,” said LaPosta.

The project will not be complete for several months, however, the designs and plans are coming to life with the next phase involving the interior finishes according to LaPosta.

“The entire layout of the school is about villages gathering around a river,” said LaPosta.

The team walked through the construction zone of the “full-sized” gym and other buildings along the main corridor which will feature artwork and designs indicative of the O’otham and Pee Posh.

“We’ve been working with a cultural committee from the very beginning,” said LaPosta.

The students will see the range of the Sierra Estrellas as they walk in from the east with courtyards representing the settlements that flourished among the O’otham and Pee Posh.

The school is set to open July 2. 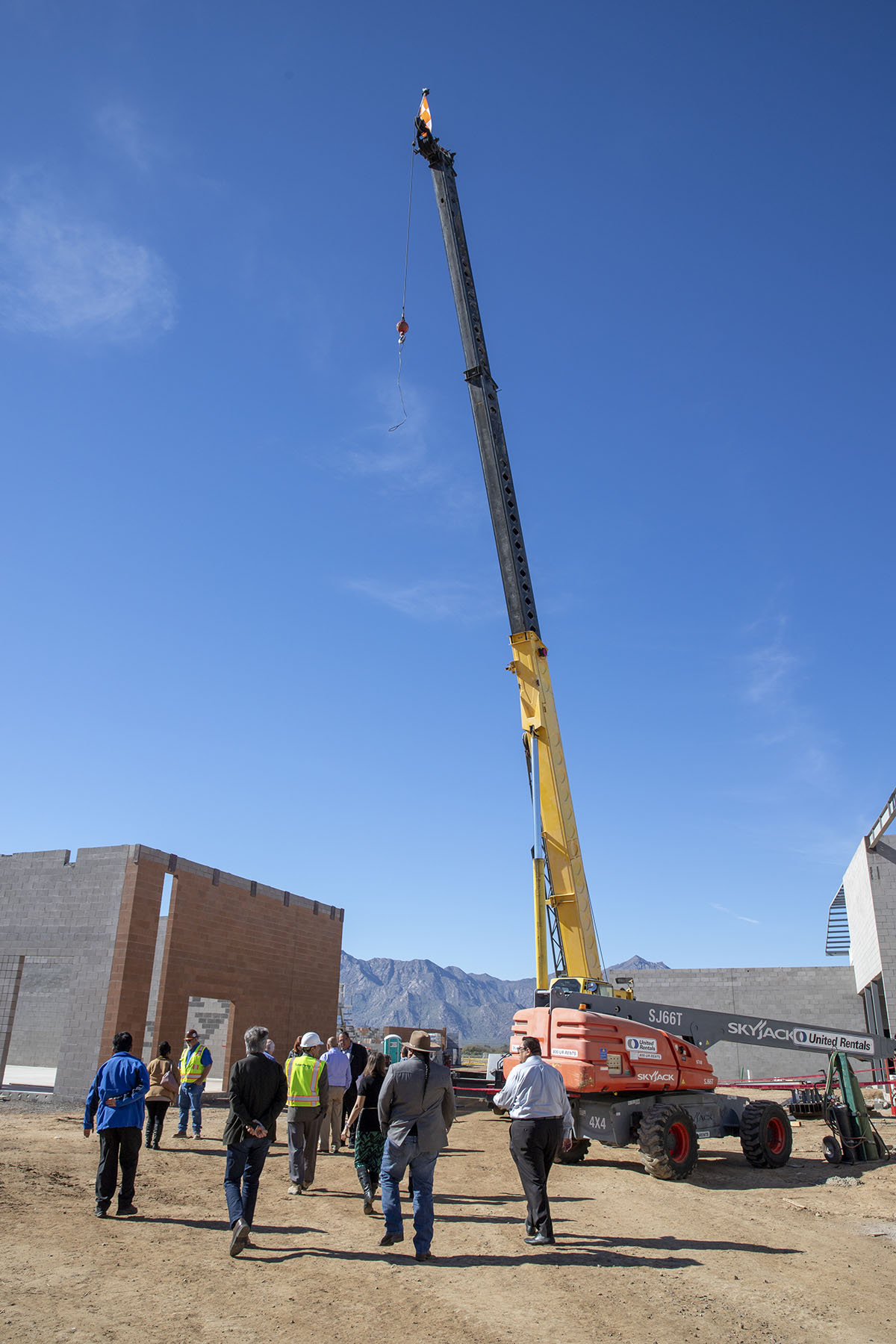 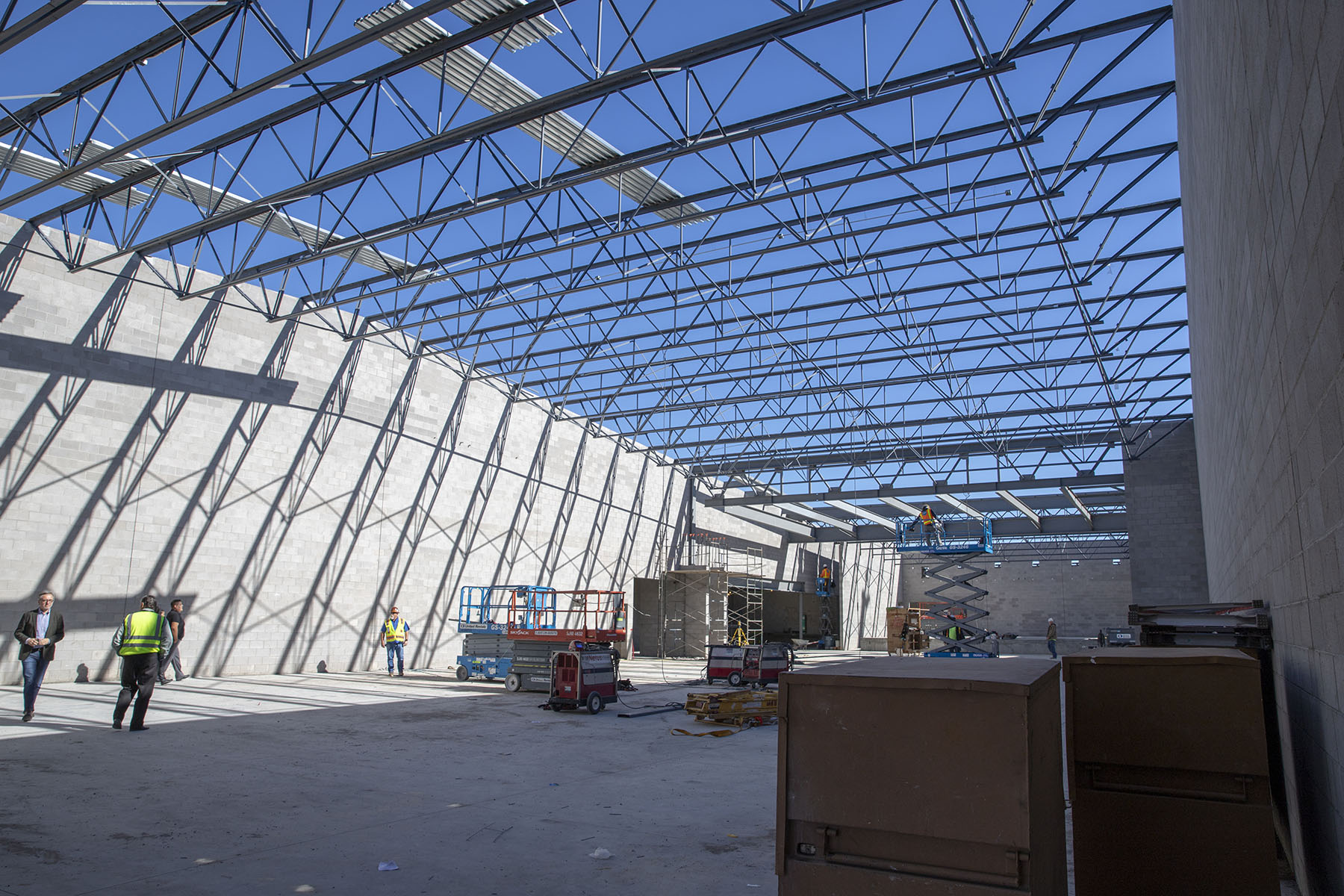 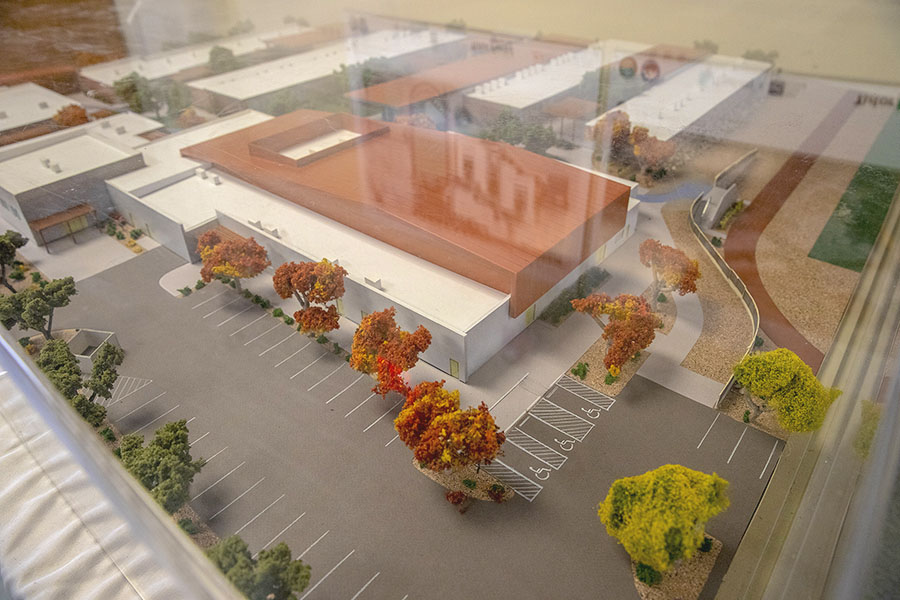 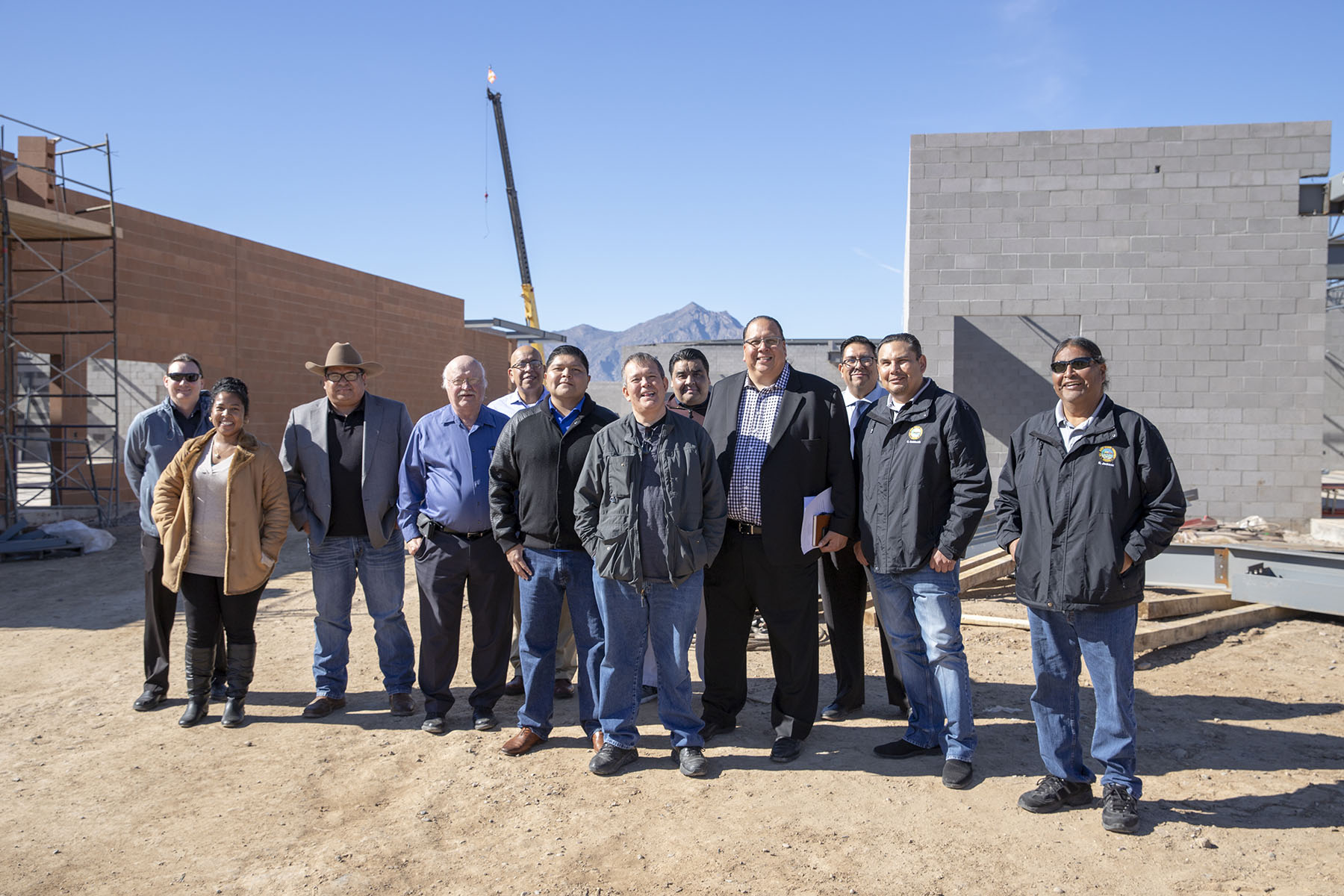