At one food demonstration, a unique way of using those left-over vegetables introduced participants to preserving them for future consumption.

Participants were offered a chance to take vegetables, add a little spice and water and place them into a mason jar, at a demonstration held at the District 3 Tribal Health Department on Jan. 22.

Joshua Whitehead took the participants through a step-by-step process of preparing the foods for fermentation. Whitehead, along with his wife, own and operate a business called Green Table Foods, in Guelph Ontario Canada.

According to the website, Green Table Foods, purchases their ingredients from the surrounding region from local farmers, which is in-line with the company’s philosophy of “local fair trade,” practices.

The participants set out to make sauerkraut with turmeric and ginger, kim-chi, and ginger beet kraut, which require an average of seven days to fully ferment.

To understand the fermentation process, it requires little equipment and expertise to achieve the richness of flavors and nutrients vegetables have to offer.

Sprawled out on a kitchen counter, ingredients like cabbage, carrots, garlic, ginger and an assortment of other vegetables, were sliced and diced into smaller pieces. To add to the colorful mixture, spices such as, turmeric, garlic and pepper were added.

After everything has been mixed together, the contents are placed into mason jars, and are compacted down as much as possible to get the air out, but to also excrete the water from the vegetables.

“You’re using the water to keep the air out and also to let good bacterial spores to get in there,” said Whitehead.  He said the overflow is normal, so during the fermentation process you want to check it.

Whitehead’s taste for kimchi drew him into wanting to learn how to make it. “This was pre-internet day and it was through trial and error, a friend of mine showed me.”

He said as a youth, his mother fell ill, and required him to pitch-in to maintain a normal household, “I took over the role of cooking and doing domestic chores, and keeping up appearances, just so the house wouldn’t fall apart.”

He went into making different types of homemade foods, and was teased by his friends for his interest in preparing foods.

“I just love culinary, I went to school for history and English literature, I didn’t go to school for [it],” said Whitehead on his experience with cooking.

He said their business in 100 percent GMO free and is certified organic, and is in accordance with the Canadian governments policy to maintain fair standard of organic projects. 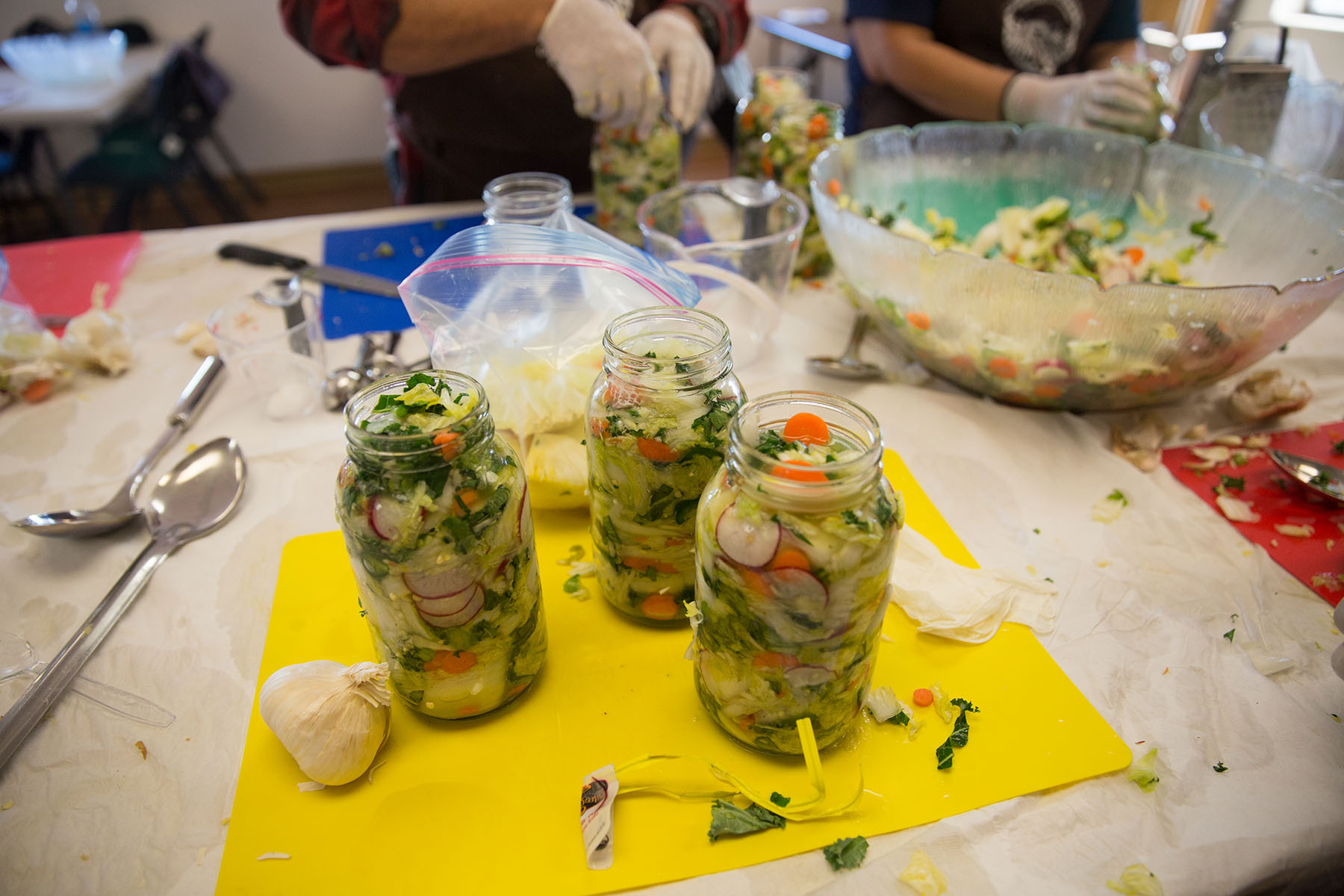 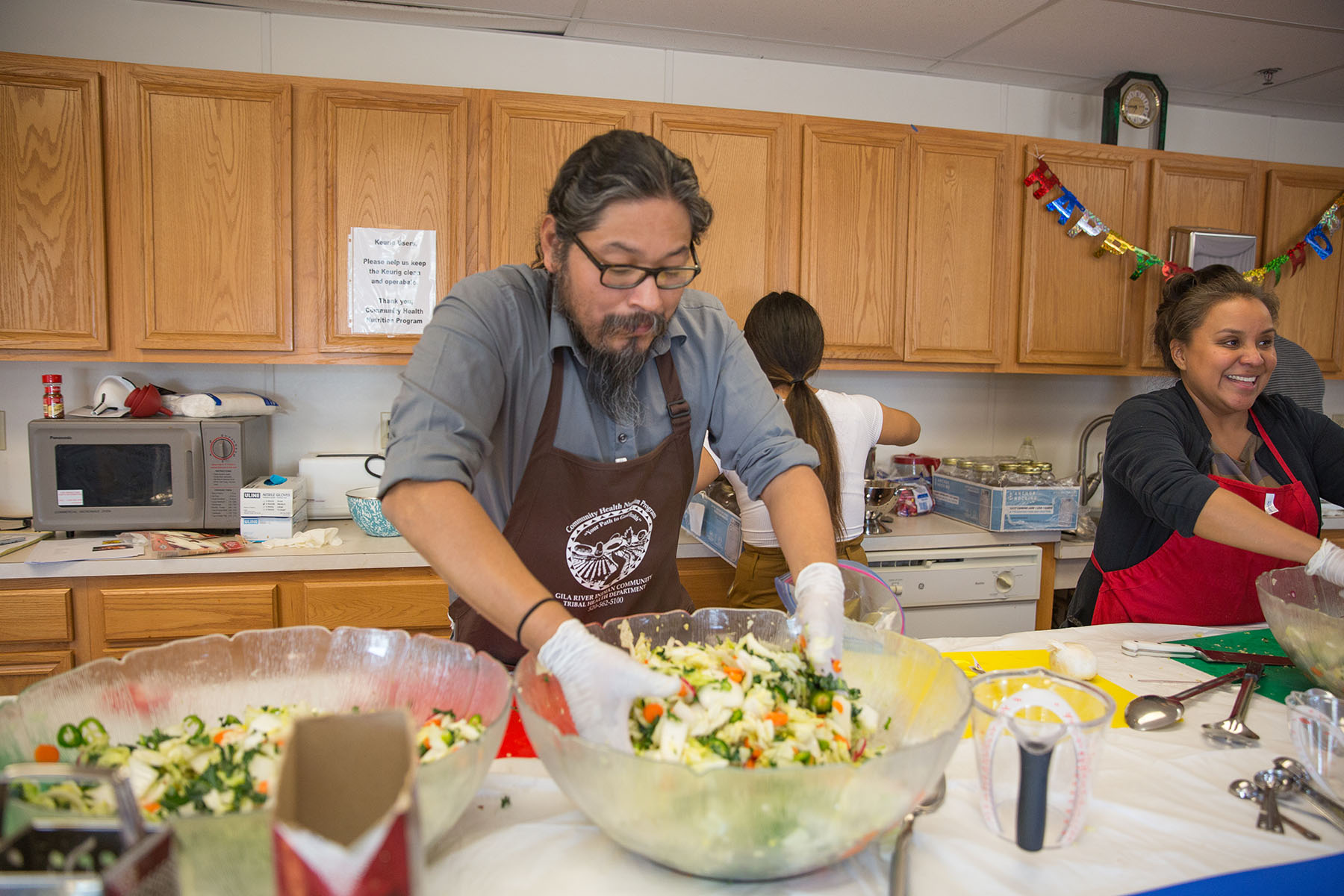 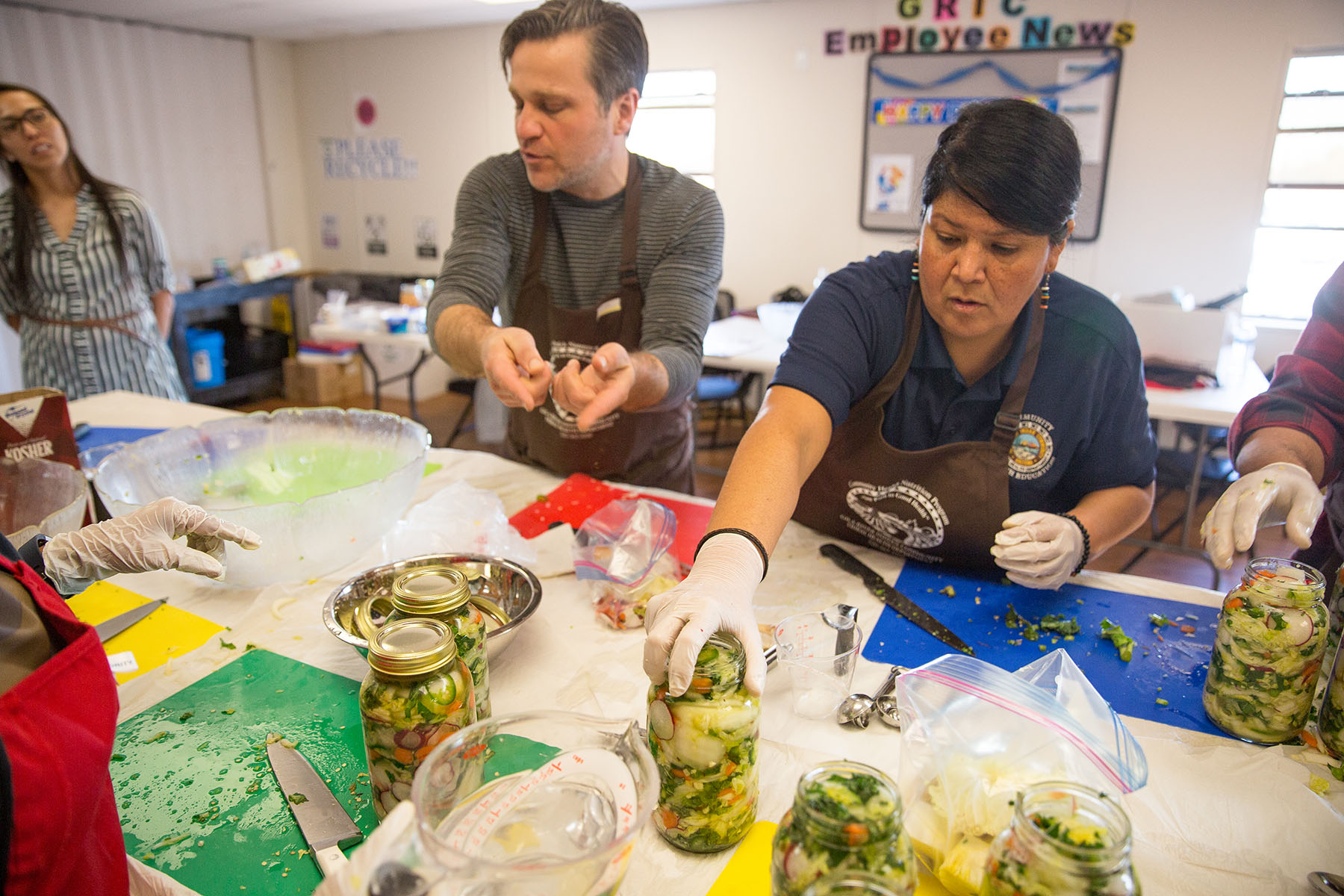