The Arizona Coyotes Foundation donated $5,000 to Sacaton Elementary School during a game against the Dallas Stars at Gila River Arena on Feb. 9. At the game, the Coyotes aired the donation on live-television before a packed house of over 13,418 hockey fans.

The donation will go towards the school’s Junior Master Gardner’s STEAM programing for the second to fourth grades at SES. According to a school press release, it is a “hands-on approach,” that will teach children about plants, flowers, fruits and vegetables and their purpose in their diet.

Wanda Burton, SES Principal said, “It gives our students a chance to learn by doing things hands-on. This is a huge experience for them, we can’t say thank you enough to the Coyotes Foundation for this gift.”

“This is a great opportunity to expand our agriculture in the schools to the young ones, that will carry-on our traditions,” said Lt. Gov. Robert Stone, who was present to receive the donation.

He said the partnership between the Community and the Arizona Coyotes Foundation, benefits everyone. “Agriculture is our heritage and anything that keeps our children involved in the planting of our traditional foods is important,” said Lt. Gov. Stone.

Ahron Cohen, President and CEO of the Arizona Coyotes, said, “It’s wonderful, our partnership with GRIC is so important to us and we want to do some positive good for the Community and see the students get involved with different things.”

Cohen said that work in the Community is important to the Coyotes organization.

“One of our core pillars of our team, is giving back to our local community and what better way than to give back to our major partners, the Gila River Indian Community,” said Cohen.

The JMG, includes a curriculum that will teach the students about plant growth and development, soils and water, ecology and horticulture, insects and diseases and landscape. In addition, the curriculum integrates math, science, language arts, and social studies.

The Pee Posh Veterans Association presented the colors during the signing of the national anthem prior to the game, and later the Arizona Coyotes and the National Hockey League launched a month-long campaign called, “Hockey is for Everyone,” an initiative to promote diversity and equality on and off the ice.

Coyotes bested the Stars 3-2, to avenge an earlier loss in the season. 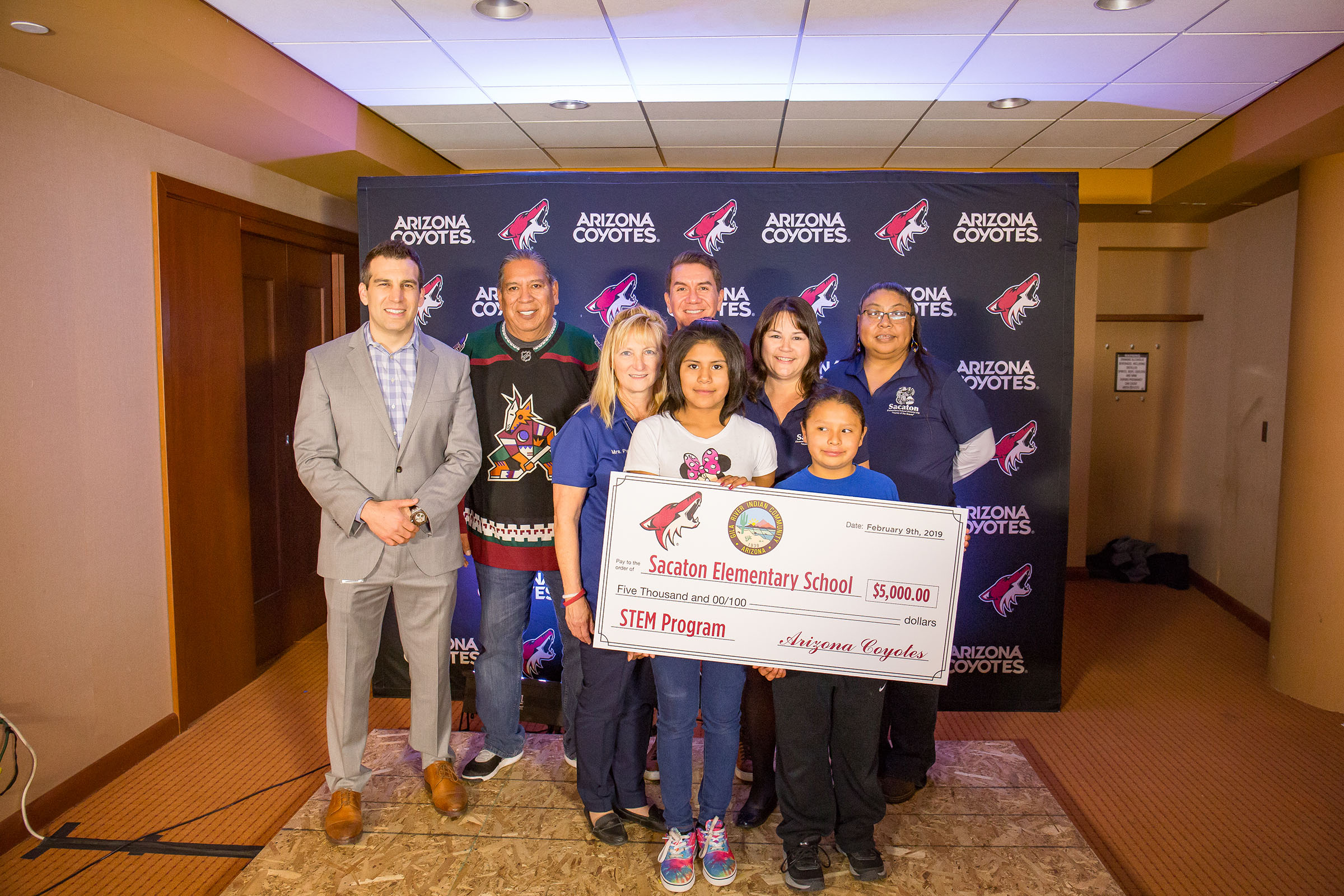 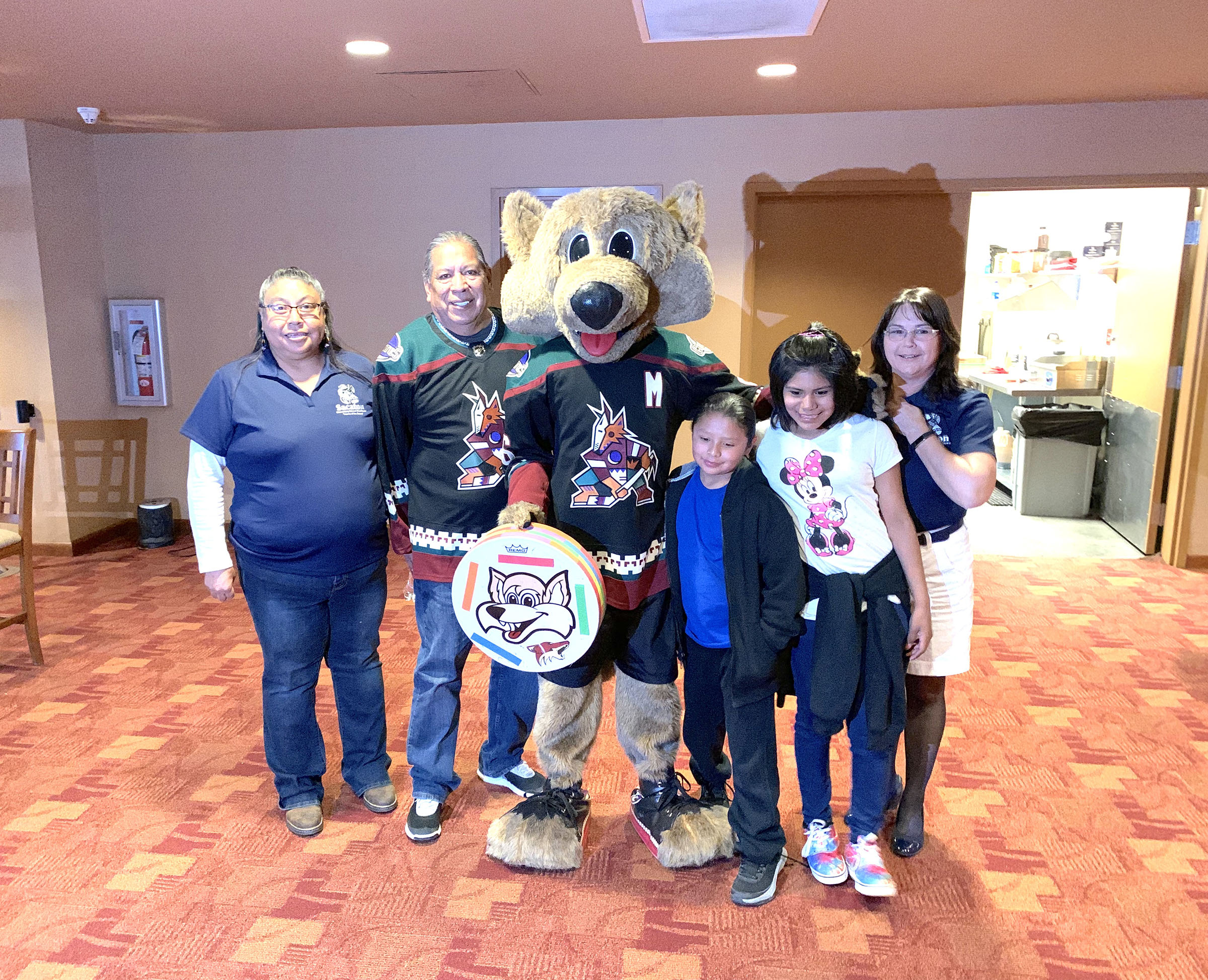