The Tribal Education Department hosted the Governor’s 4th Annual Education Summit at the Sheraton Grand at Wild Horse Pass on Feb. 9, which was an all-day summit to receive input from Community members, students, parents and educators.

“I’ve put on this Summit every year since I’ve been governor to engage our Community in the state of education throughout the Gila River Indian Community,” said Gov. Stephen Roe Lewis.

The summit’s theme, “Improving GRIC Schools from Within,” promoted the sharing and gathering of information on how to improve the education of the Community.

The summit was directed at parents, grandparents, and guardians residing in the Community, school board administrators, and school staff. It also encouraged the participation of high school students, who have an active interest in the future of their education.

“This is important, we get the input of our youth, parents, and our elders, everyone in the room today,” said Gov. Lewis, “The important thing, is that we stay true to who we are as Akimel O’otham and Pee Posh, and how our value system makes our schools better.”

He said these are exciting times for the youth, so much is happening at a rapid pace, that they will need the skills to keep up with students from non-tribal schools. “Strong schools produce healthy children, they go on to be strong adults, our leaders of tomorrow,” said Lewis.

He lauded the schools for their tireless work in providing a quality education for the students, that introduces them to advanced subjects like, Science, Technology, Engineering and Math.

Among Lewis’ talking points was the construction of two schools at opposite ends of the Community in District 1 and District 6.

The new Gila Crossing Community School in District 6 is still under construction and is scheduled to open in July of this year, a year after the school broke ground on the new site. In District 1, the Blackwater Community School, is also on their way to constructing a new school. “We are at a turning point in our education, we are constructing, and supporting two schools, that are long overdue for new facilities,” said Lewis.

The keynote speaker, Pearl Yellowman, a member of the Navajo Nation, provided insight into her work to promote resiliency within Native communities. With her background in social work and education, Yellowman has focused on the role culture plays in the development of children, both psychologically and physically.

“There’s a value system. How do you know the value system of [your] community?” said Yellowman, “Things like culture are a value system and within the schools, it’s not an add-on, not an elective, but it’s daily lived experience.”

She said every Native person carries with them, genetic markers that allow them to be resilient in the face of challenges, a term called “blood memory.” Yellowman said it is based on the previous generations experiences, that are embedded in today’s generation to succeed at life.

“There are epigenetic markers that show a traumatic experience has occurred, maybe not in our current times, but in the past [we] had to turn some things (genetic markers) off to survive,” she said, “To reactivate our resiliency, we have to do similar things our ancestors did.”

Along those same lines, Yellowman, said those are the same ways tribal communities, can build individuals, families and schools that promote resiliency. The summit also included a panel of students who shared their high school and higher education experiences. The students emphasized their role as ambassadors in public schools outside of the Community.

Marlena Whitehair, a 12th grade student at Marcos de Niza High School said, opportunities like the summit are important, because they, “Ask the youth about our plans for school and seeing if we are on the right track and understanding our opinions is important to their success.”

At school she said, Native students must be a part of the conversation and being a part of classroom activities to etch a presence in a room with people of various ethnicities.

University, said going to a big university is challenging when you don’t know the student next to you. Marrietta said it was an opportunity to educate non-Natives about the surrounding culture, and that we still exist in the modern age.

“When you’re in a big school like ASU, at first it was challenging getting to know people, but I found the best way to do that, was making connections with other Natives, especially those from the other O’otham tribes,” said Marrietta, “You form friendships and things just seem to get better from there.” 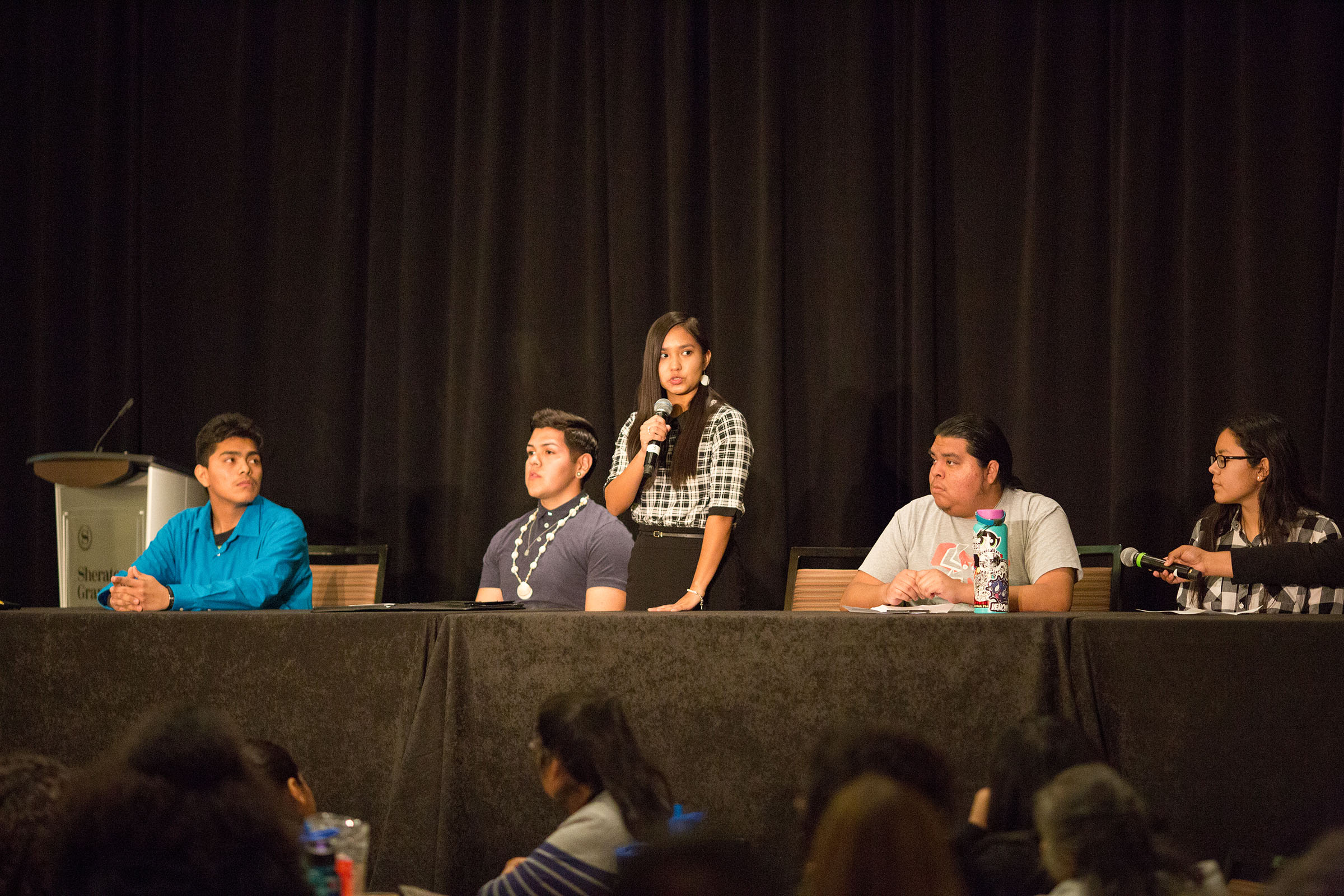 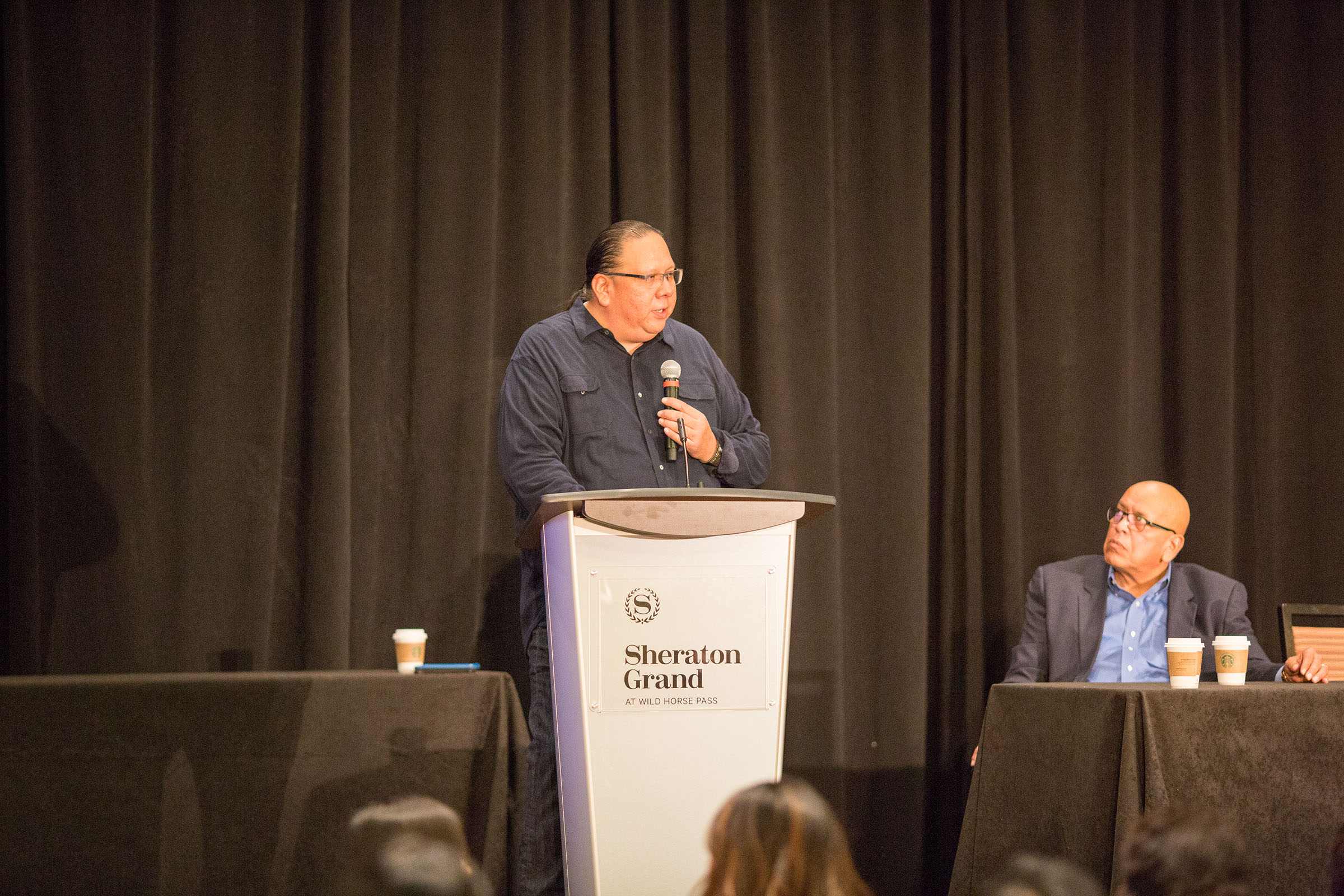 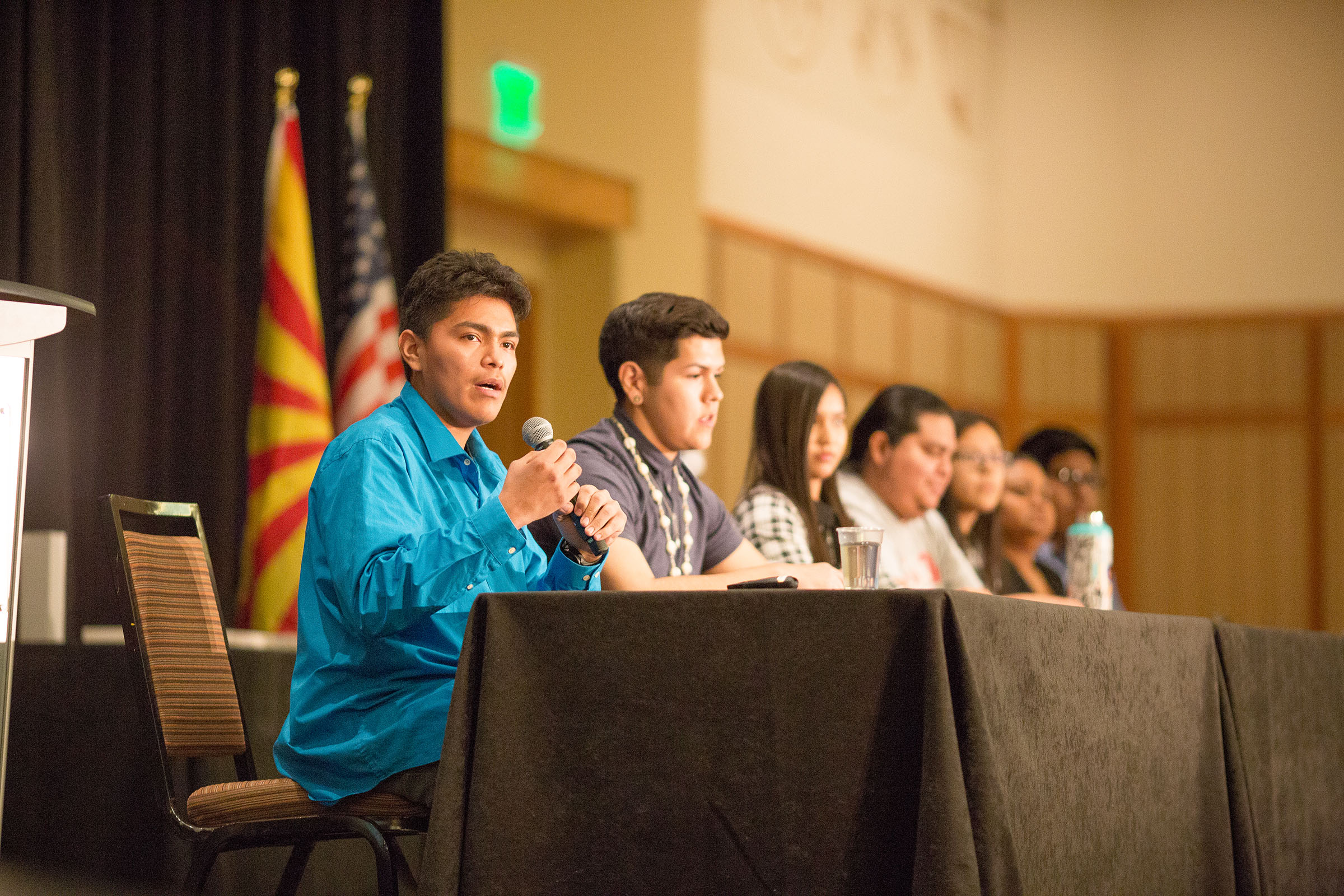