How do you prepare for a visit from a former first lady in less than a week?

“It’s been a whirlwind these past few days,” said Shirley Jackson, Director of the Huhugam Heritage Center.

Jackson said they were alerted on Thursday, Feb. 7, that somebody, “high-profile,” would be visiting. Her contacts couldn’t tell her who it was while the staff paused their current projects and immediately started working on the visit.

The Huhugam Heritage Center staff needed to accommodate the visitor but also members of the media. Jackson was conferring with what turned out to be Mrs. Michelle Obama’s “people,” and the media about “what would be a good set up and what would really capture the Community within this small amount of time and space,” said Jackson.

As noted on local live news outlets, the visitor was in fact Mrs. Obama who surprised seven Gila River Indian Community youth for a roundtable discussion in the Akimel O’otham Room, which is a multipurpose room used for a variety of functions such as meetings and classes.

Once the room was decided, the Heritage Center Collections staff then began selecting the items and preparing two displays that represented the Akimel O’otham and Pee Posh.

According to Leland Thomas, Assistant Curator and Exhibits Project Manager, the displays contained a balance of O’otham and Pee Posh objects. “All the willow baskets are from the Breazeale Collections,” said Thomas.

The Breazeale Collection is a collection of objects from the early 1900s purchased by the Gila River Indian Community. There was also a miniature horsehair basket with a friendship design from the Blackwater Collection. The pottery was from the Arts & Crafts Collection and also a collection purchased from the Denver Art Museum.

“We tried to make it representative of both communities, both tribes within the room,” said Jackson.

Although the staff did not meet Mrs. Obama, images and video of the room and the displays were carried on live television and news coverage of the event. “Our work showed,” said Thomas.

With short notification for the visit, Gov. Stephen Roe Lewis was also impressed by the staff who helped prepare for Mrs. Obama, her staff and the media.

“I just want to give a sincere shout out to the Huhugam Heritage Center staff, Shirley Jackson and her staff they made this happen,” said Gov. Lewis.

The main museum and gallery are currently under construction and will reopen next year. Jackson said, the attention, “is a good way for us to keep telling people we’ll reopen next year in January 2020 and please come and visit.” 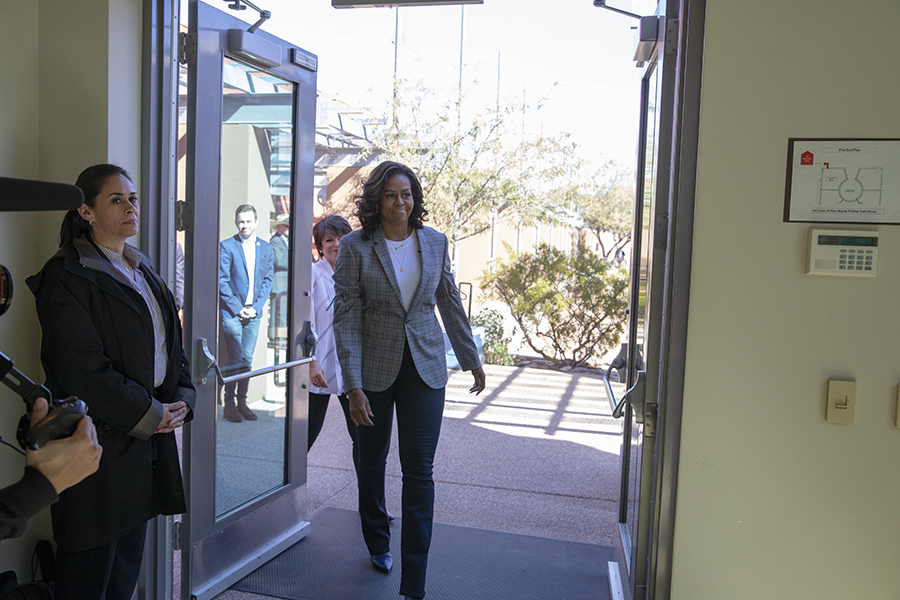 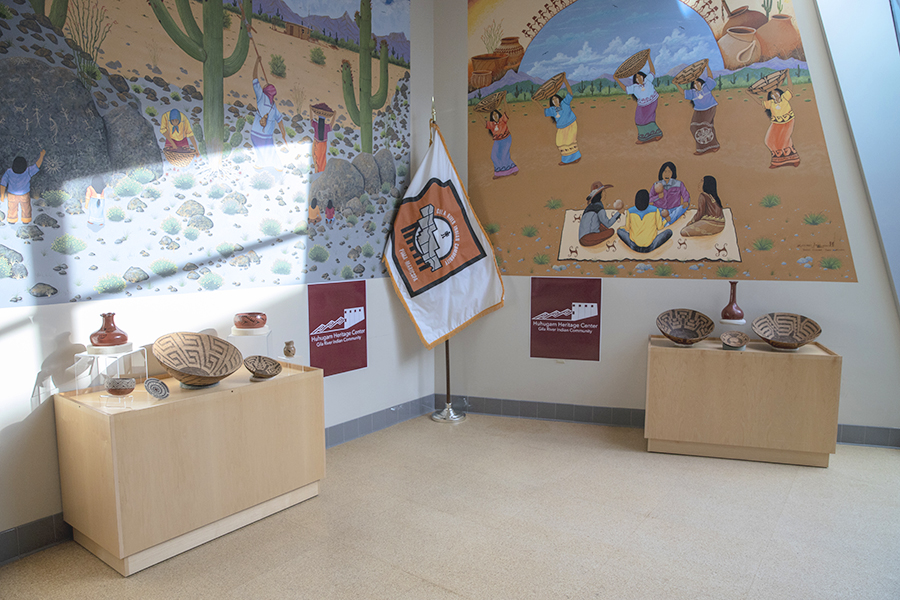