At the Huhugam Heritage Center an introduction to traditional Akimel O’otham songs and dances was presented by Barnaby Lewis, Tribal Historic Preservation Officer, on Jan 10.

Lewis talked about the origin of traditional Akimel O’otham songs and dances and how that is representative of spiritual connections and the surrounding land, in which the Akimel O’otham reside.

Other topics discussed was the proper etiquette, that is associated with traditional music and the types of instruments used for specific songs. Lewis said that although, many of the songs are based on lore, the performance of the songs is equally important. He said it is important to understand the meaning and to experience participating in cultural events around the Community.

He said his knowledge of the songs comes from his mentorship from various Community elders, who knew songs from the oriole, swallow and macaw and ant songs. Many of the songs are specific to different areas of the Community and may not be known to singers from other districts.

“They were really good people, good friends, that I spent a lot of hours with them individually, singing together, each had their own songs they sung,” said Lewis, “They were taught with the purpose that at some point in the future to help O’otham learn about the songs and know where they come from.”

He said the origin of each song has its meaning in traditions, some come in the form of dreams, a spirit or place of particular significance to the people. Some of the songs are associated with the landscape. One song Lewis described was about an oriole flying near a mountain, called Crooked Red Mountain,

“An oriole was flying by and it heard songs coming from the mountain. The oriole kept flying looking for an entrance, so it could go inside and learn those songs, but couldn’t,” he said. The song describes the oriole’s disappointment in not finding the source of the songs coming from the mountain, which in Akimel O’otham oral tradition, the Crooked Red Mountain is a place where spirits live.

It is among these changes, that have shaped traditional songs and dances into what many Community members see today. Lewis used an illustration of the Huhugam to show what their life may have been like and how they used songs to make sense of the world around them.

“This is a depiction of our Huhugam ancestors, that may have been preparing for a ceremony,” said Lewis, “It's these kind of pictures, that reaffirms our perspectives and appreciation of all these things that we learned from our elders of today and of the past.”

Vicente said the presentation brought more insight into how Akimel O’otham dances are performed and that it is something she would share with the AOPPYC, as a way to promote the culture within the organization. 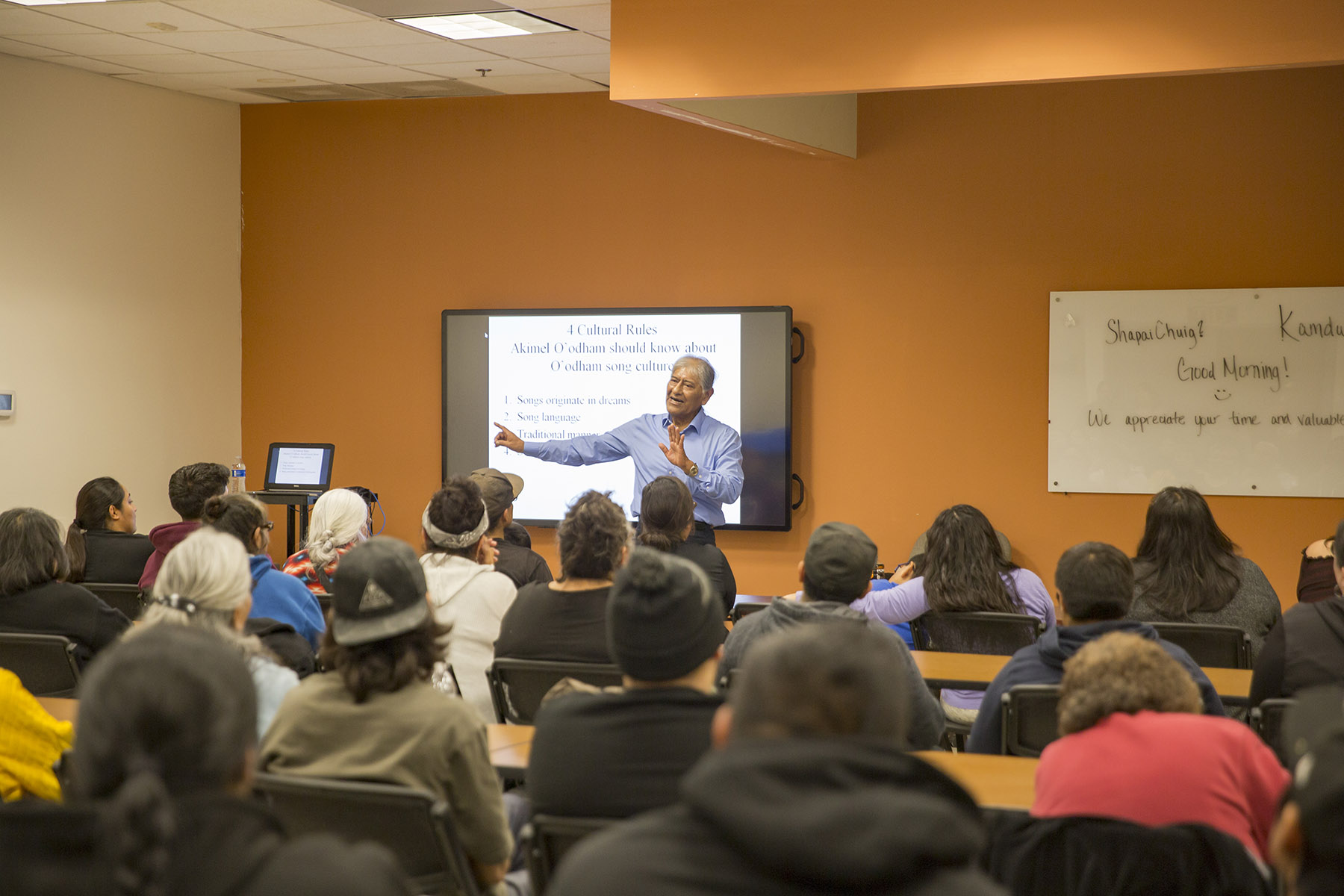 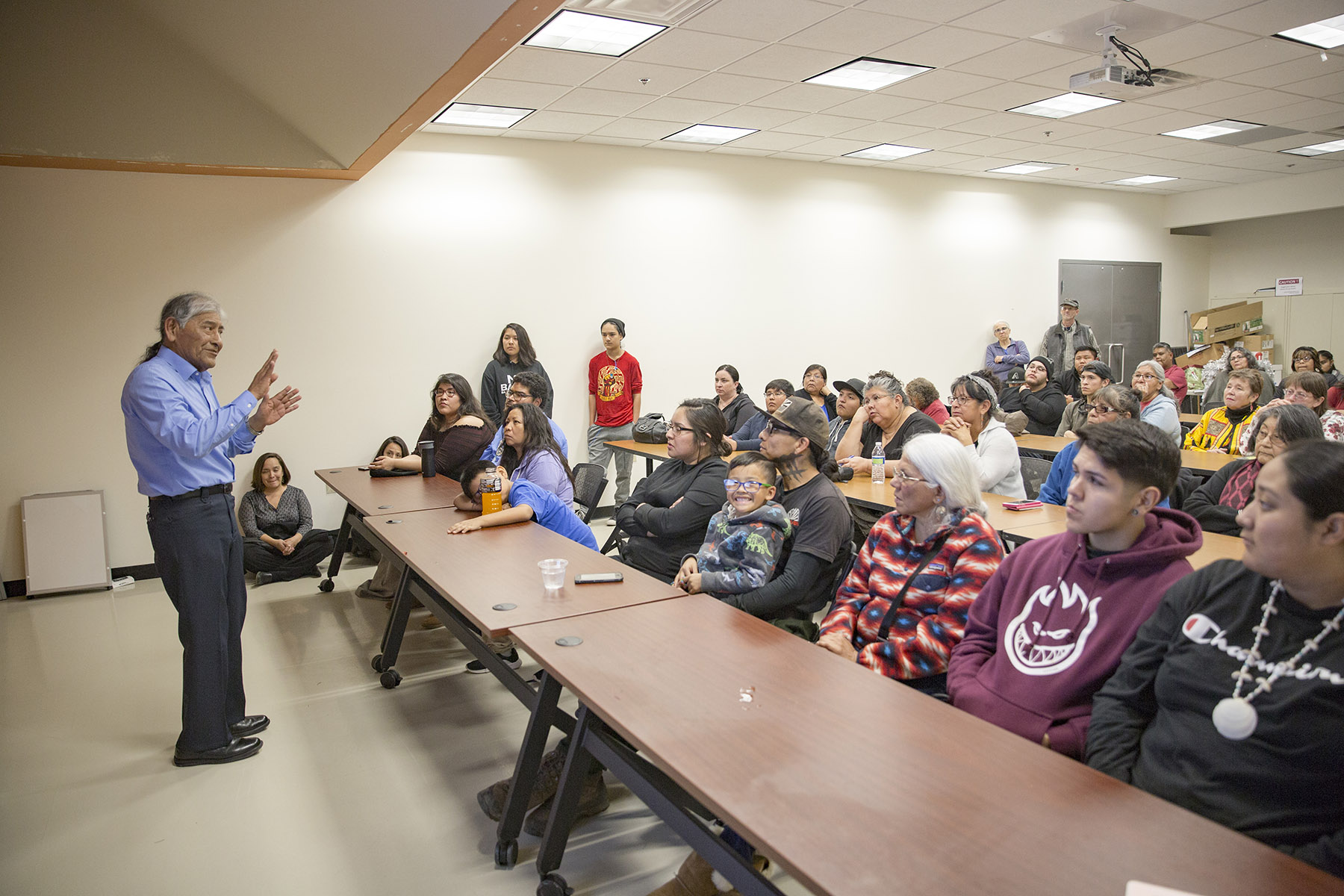