Tribal nations traveled from all over the 48th state, to attend an event set aside to recognize the cultural heritage and contributions to Arizona, during the Fifty-Fourth Legislature session at the Arizona State Capitol in Phoenix on Jan 16.

The Governor’s Office on Tribal Relations, hosted the Indian Nations and Tribes Legislative Day annual event, to mark the long-standing relations the state of Arizona.

It also is a chance for representatives from each of the 22 tribes of Arizona, to get to know their state representatives during the joint protocol session held in the Senate building.

The Indian Nations and Tribes Legislative Day, invites a large gathering of students from schools within the urban population and reservations to the event. The majority of them are high school and come eager to learn about how the state and tribes work together over important issues.

Gov. Lewis said, “Tribes have an important role to play within the state of Arizona, it’s important to have both the house and the senate together to listen to and understand issues tribes face.”

He said “To hear about topics like gaming, education and water, these are important topics for discussion, that need to be brought to the attention of the state representatives, in which many tribes reside within their legislative districts.

Gatewood said, her community is thriving economically and has been able to reap success from recreational activities like hunting and skiing. Although her community has benefited from recent financial progress, Gatewood said they should not forget the history of the people and what they had to experience to make a better future.

Gatewood said, “We have endured a lot of struggles in our lifetime, our women and our ancestors, very trial-driven, but endured.”  Her message for the students was, “Through adversity, that’s when you are the strongest, and then you are ready to take on the world.”

Clarke spoke on education, because it is one aspect of life among the Hualapai people, that is in need of improvement. He said, “To see [our] youth succeed, we have to provide for them through education, to encourage them that they are able to succeed with their full potential.”

Clarke cited the importance of the Grand Canyon to his people and how that has benefited his tribe in the area of tourism.

Despite the economic prosperity from tourism, Clarke said law makers must visit tribal communities like his, to see first-hand, what needs to be done to improve the lives of the Hualapai people.

“We make the long trip to come here to events like this, why not have many of [you] come to visit our tribes and see what needs to be done,” said Clarke.

On the lawn of the capitol building, Native students and visitors interacted with representatives universities, education programs and tribal organizations.

In the afternoon session, there were presentations on different topics like, Native Youth Know, a workshop to educate youth on indigenous foods and preservation. The presentation also discussed today’s challenges in practicing traditional food systems in tribal and urban communities.

Elsewhere, a presentation discussing missing and exploited American Indian women, was held in the Old Senate room of the Capitol Museum. Another presentation offered participants an opportunity to sample indigenous foods from six tribal communities, during the lunch hour on the Senate lawn. 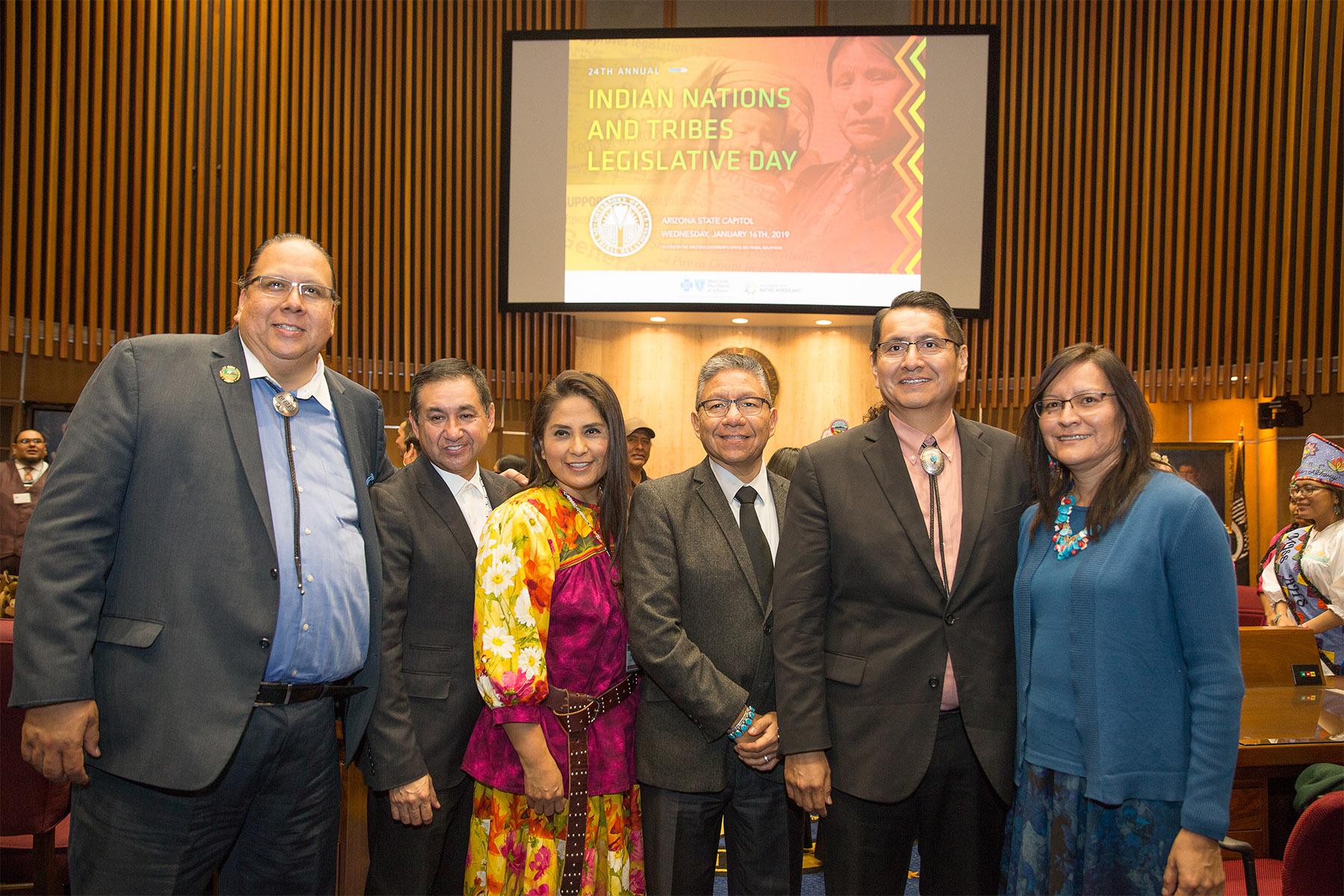 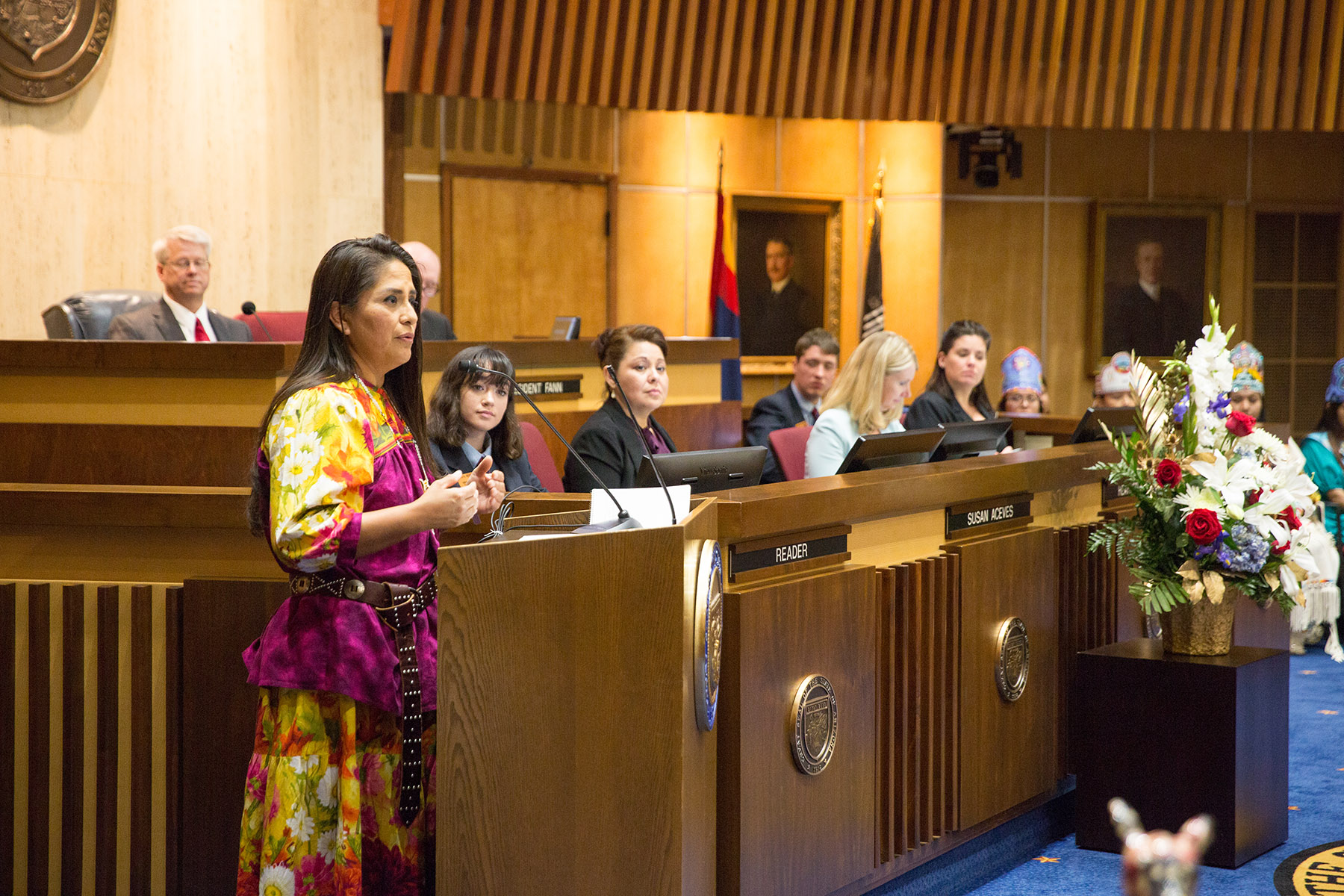 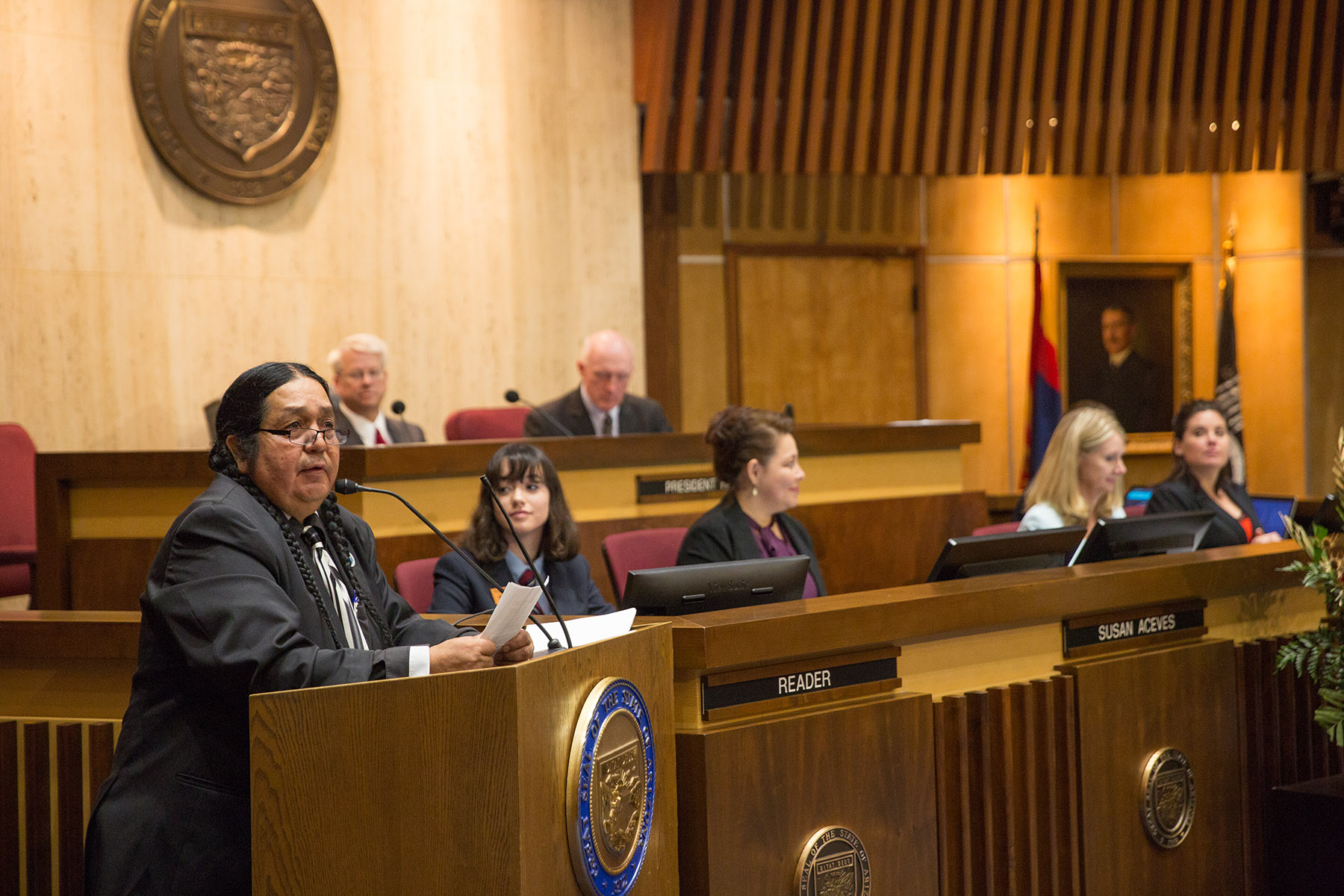 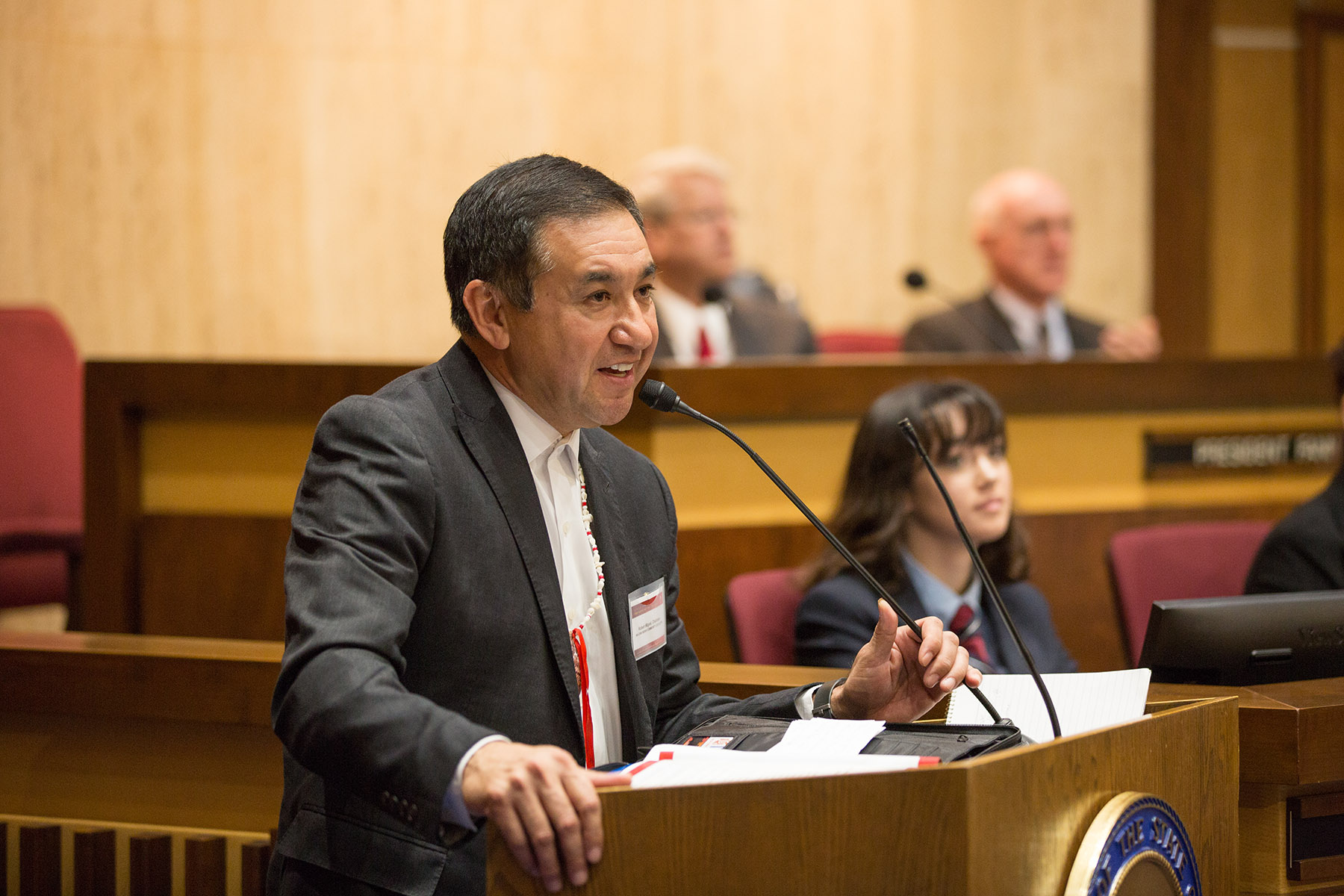