Sacaton Middle School has been named Arizona’s state winner in the Samsung “Solve for Tomorrow” contest. This nationwide competition challenges students in sixth though 12th grade to apply science, technology, engineering and math (STEM) skills to find creative solutions to issues in their local communities.

After receiving a grant from Gila River Indian Community, the Sacaton Middle School recreated an orchard that originally had been done back in the late 1990’s, located on campus. In the beginning of 2018, the students planted 144 citrus trees: orange, pomegranate, peach, grapefruit, lemon and tangelo.

The goal is to teach students agriculture, which plays a strong and vital role in the Community’s history and to connect the student’s closer to the Community. The students have done everything themselves from digging the holes and planting. Mr. Alberto Alaniz, Math and Science teacher at the Sacaton Middle School, guided the students in recreating the orchard. The students used coordinate plane and mathematics to construct and develop the orchard, which is run on a solar irrigation system. The orchard is named “Legacy Orchard” and is focused on being produced for the Community

Mr. Alaniz says “the idea of the Legacy Orchard is to develop two things: a better relationship with the community by having an orchard they can go to and glean fruit from when it’s ripe and to introduce students to agriculture and have them go back to the historic roots of the Community.”

While continuing to develop the community orchard, they’ve discovered that it was prone to rodents who would disrupt the orchard and eat the fruit. After looking for solutions to rid the trees of these rodents, there really wasn’t any humane options suitable for their needs.  To address this issue, Mr. Alaniz had the students work together to create a non-lethal rodent trap. The students come up with the idea of a cylindrical type trap with breathing holes that can be put underground to trap them. Using a 3D printer, the students have been working to make various prototypes.

Mr. Alaniz submitted the project to the Samsung Solve for Tomorrow Contest. The contest officials put the contestants through three rounds before selecting the final winners. Sacaton Middle School has moved to the second round where they have received a $20,000 prize package including Samsung technology, classroom resources, and a video kit to document their project. They hope to make it to the third round which consists of 10 finalists with each winner receiving $50k prize package and a trip to the final event, where they present their prototype to a panel of judges who will then select three winners. Those final winners will receive a $100k prize package.

The 2018 contest winners were Ashland Middle School (Ashland, KY) who developed a solution to safely pick up and dispose of hazardous materials, such as needles and other drug paraphernalia. Cavallini Middle School (Upper Saddle River, NJ) developed a football helmet that could detect potential concussions. Thomas Jefferson Middle School (Winston-Salem, NC) developed a water sensor that would deploy barriers when water reaches 6-in. and notify emergency personnel to alert drivers of the hazardous driving conditions.

The contest is a great way to teach the students problem solving through teamwork and has put them in the nationwide forefront. They have learned important skills that can contribute to future STEM careers but most importantly these students have gained confidence and an important understanding of agriculture and how it contributes greatly to the Community.

“Now they’re going on to the national competition, for them to be able to know and to gain that confidence that they can compete with any other student, nationally. I think that is so important for their confidence as students, that they’re just beginning their educational journey” said Gov. Stephen Roe Lewis during a visit out to the school to see the how the orchard and project has progressed. “We’re so proud of them, all the students, the school, the teachers and all of the staff. It is important for them to know that they can do it,” said Gov. Lewis.

Cherryl Paul, Superintendent of the Sacaton School District would like to thank GRIC for allowing this opportunity to the students through the grant given to them for the Community orchard 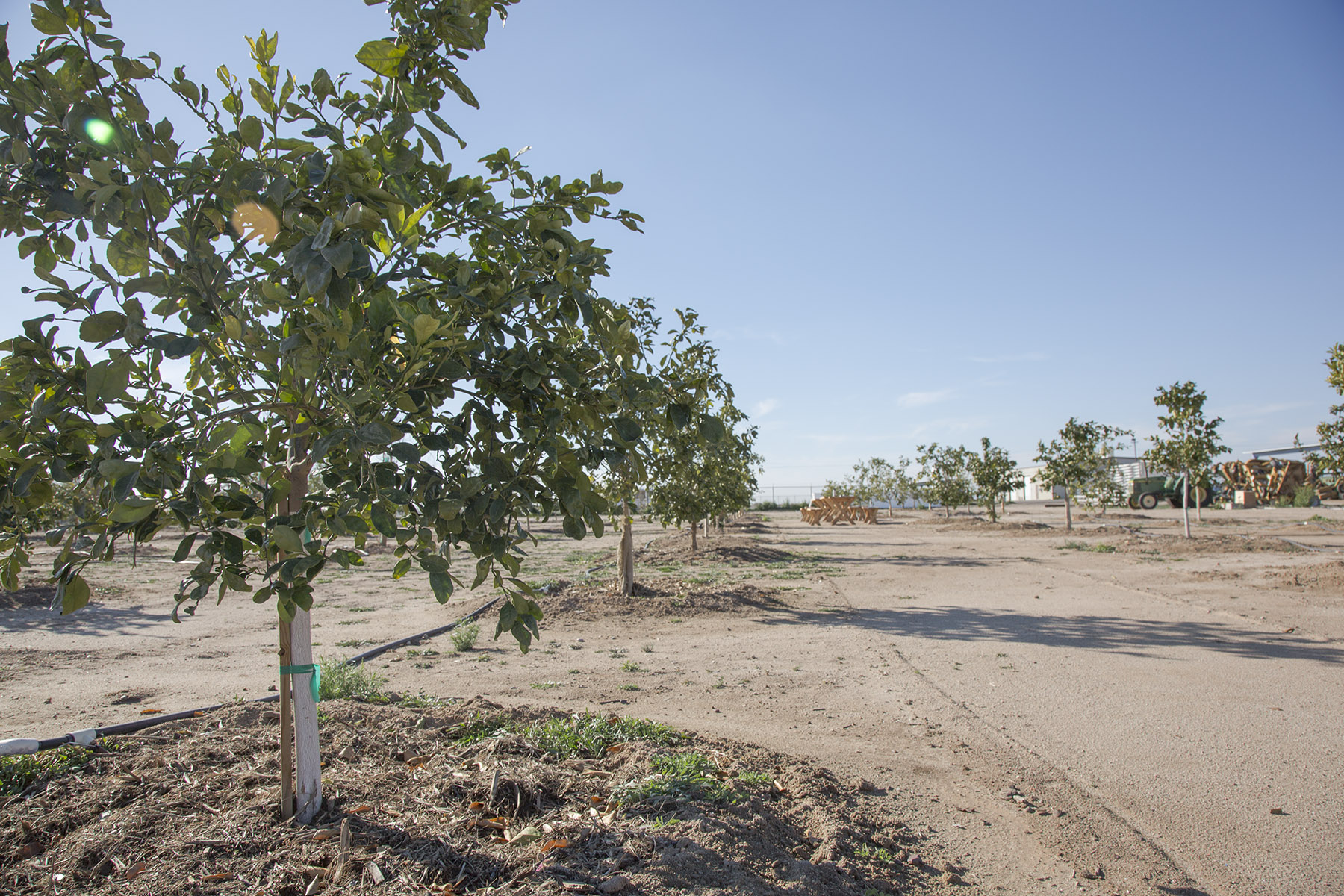 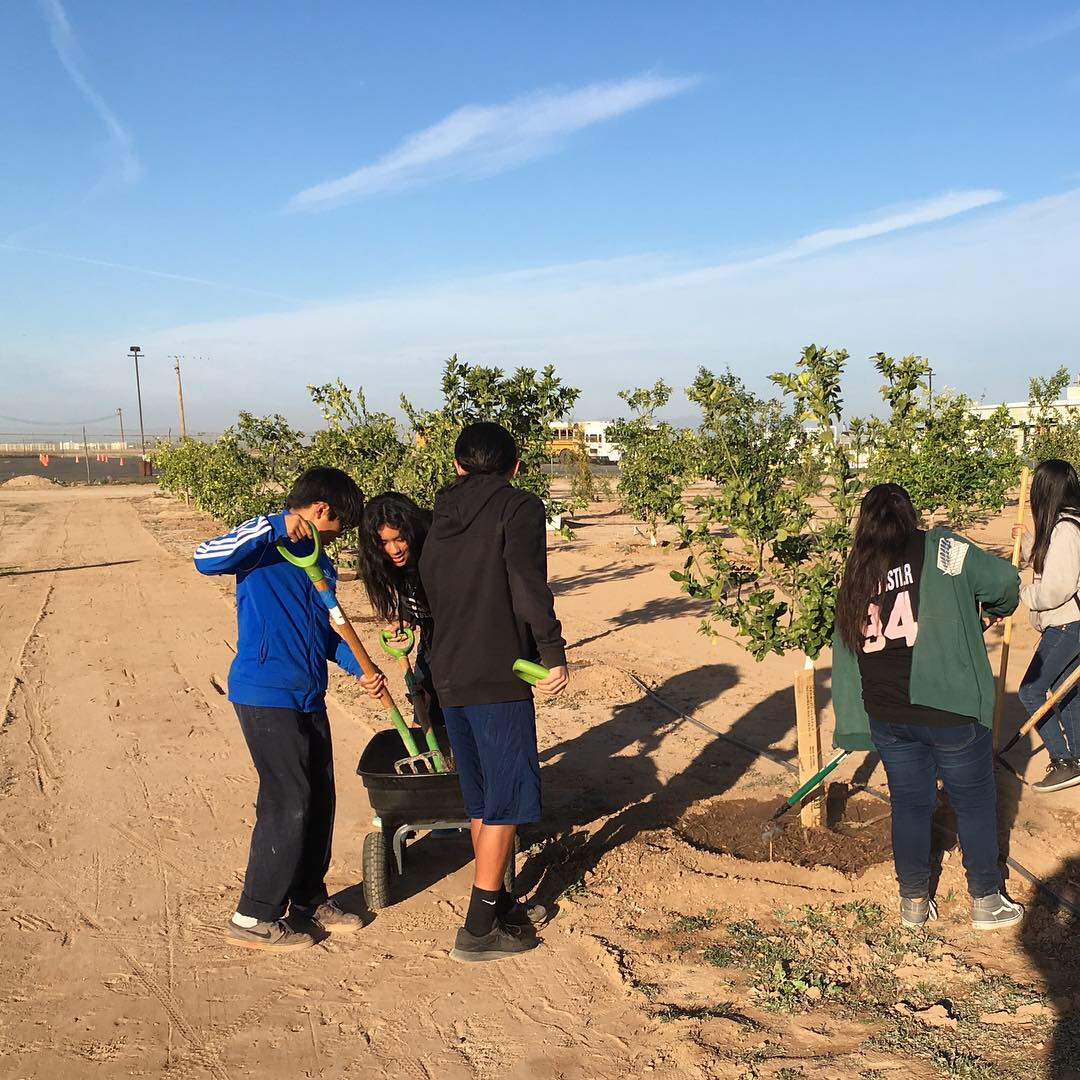 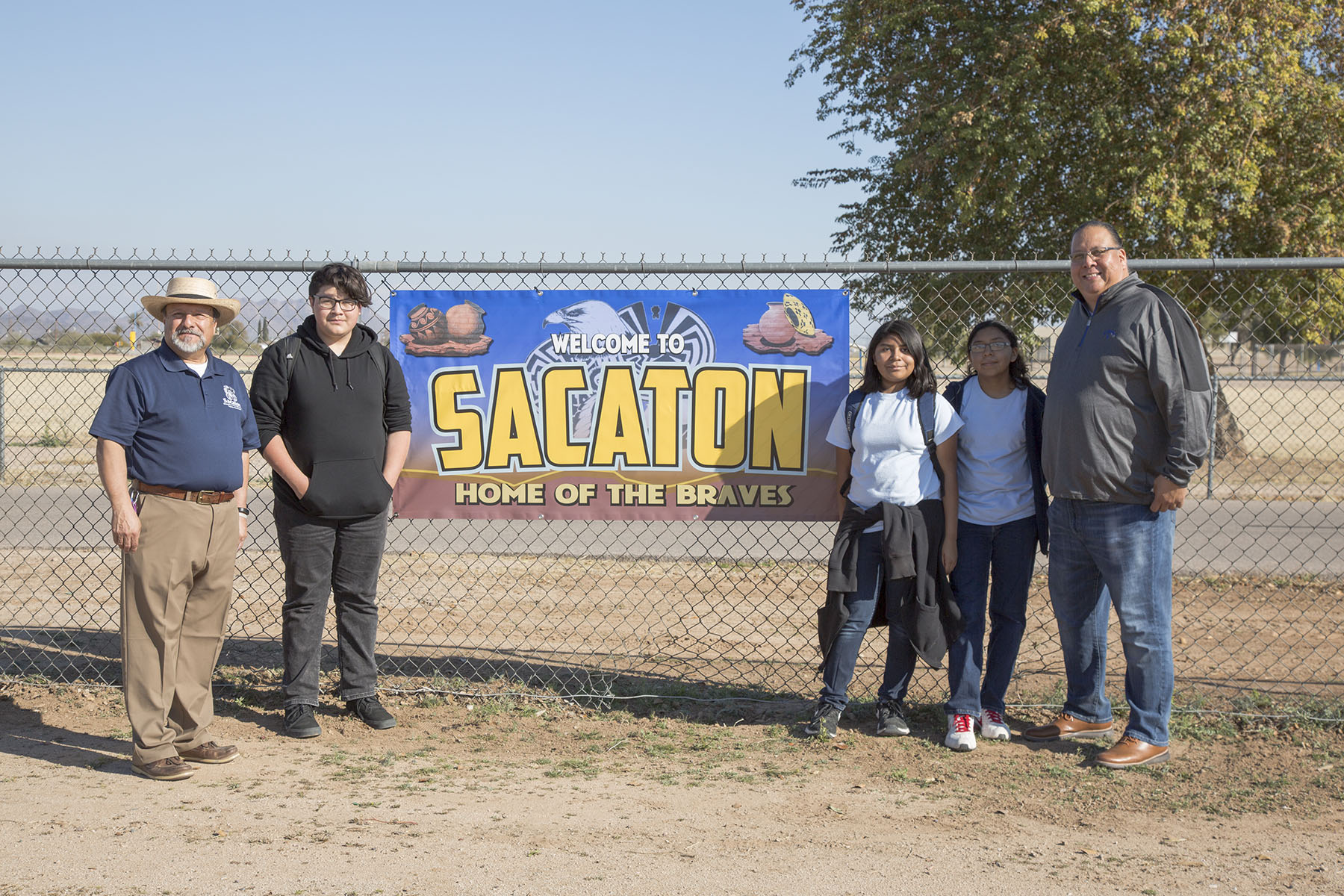