In one secluded area of the Gila River Indian Community, a location was causing concerns for the nearby residents in District 5. Large tamarisk trees had created a natural boundary to conceal the activities of individuals engaging in illegal activities.

In response to the concerns voiced by local residents, the Department of Environmental Quality, fuels and restoration crew rolled-up their sleeves and set out to clear the area.

According to DEQ Environmental Program Manager Russell Benford, the trees formed a horseshoe, which made it an ideal place for dumping and other activities.

“That site was a large thicket of these really large Athel pine (tamarisk) trees, that are scattered around the Community,” said Benford, “The trees were in a big horse shoe, so they provided a perfect site for people to go in for any reason and not be seen.”

The large overgrowth has now been removed, along with the piles of trash and debris that accumulated by visitors to the area from frequent dumping.

Benford said the site was the place of frequent illegal dumping for trash, animal carcasses, and old tires.

He said, “The site was an absolute mess, the local residents were concerned about the criminal activity going on there.” Among those chief concerns, were the possibility of a fire starting, due to the over abundant growth of vegetation.

“It was a complete solid wall of vegetation and just garbage piled everywhere in there. The crew chipped away the wood they've cleared and limbed up the trees, so now you can see through,” said Benford.

The old discarded tires were also potentially hazardous, and not only posed an environmental issue, but a health hazard, because mosquitoes are attracted to the water that accumulates inside of the tire wells.

Now, the area is in the final clean-up stages, which require the use of heavy equipment to haul the bulk of the trash out.

DEQ Habitat Biologist Robert Lamoureux, said the work requires some finesse, because some of the vegetation is of cultural significance. “My duty is to identify which vegetation needs to be removed and what to leave out there,” said Lamoureux, “There’s some native vegetation, that we definitely didn’t want to clear out.”

DEQ’s open dump cleanup initiative isn’t limited to sites in District 5. In the past six months since the initiative started, DEQ has cleaned up open dumps on tribal land in each district in the Community.  While funding often limits DEQ’s ability to work on tribal land, Benford indicated that cleanups benefit residents throughout the Community.

Benford said, residents living near the District 5 cleanup site, who initially expressed concern over the site, thanked the crew for their work and responding to the problem.

He said thanks to other partners – including the Cultural Resource Management Program, Employment & Training Program, Department of Public Works, Gila River Irrigation and Drainage District, Bureau of Indian Affairs and Environmental Protection Agency – they are able to go in and clean-up the sites to help make the Community a safer place.

DEQ plans to continue its open dump cleanup efforts throughout the Community for the foreseeable future.  GRIC residents who are concerned about health and safety risks presented by open dumps are encouraged to contact DEQ at (520) 562-2234 to learn more or report serious issues. 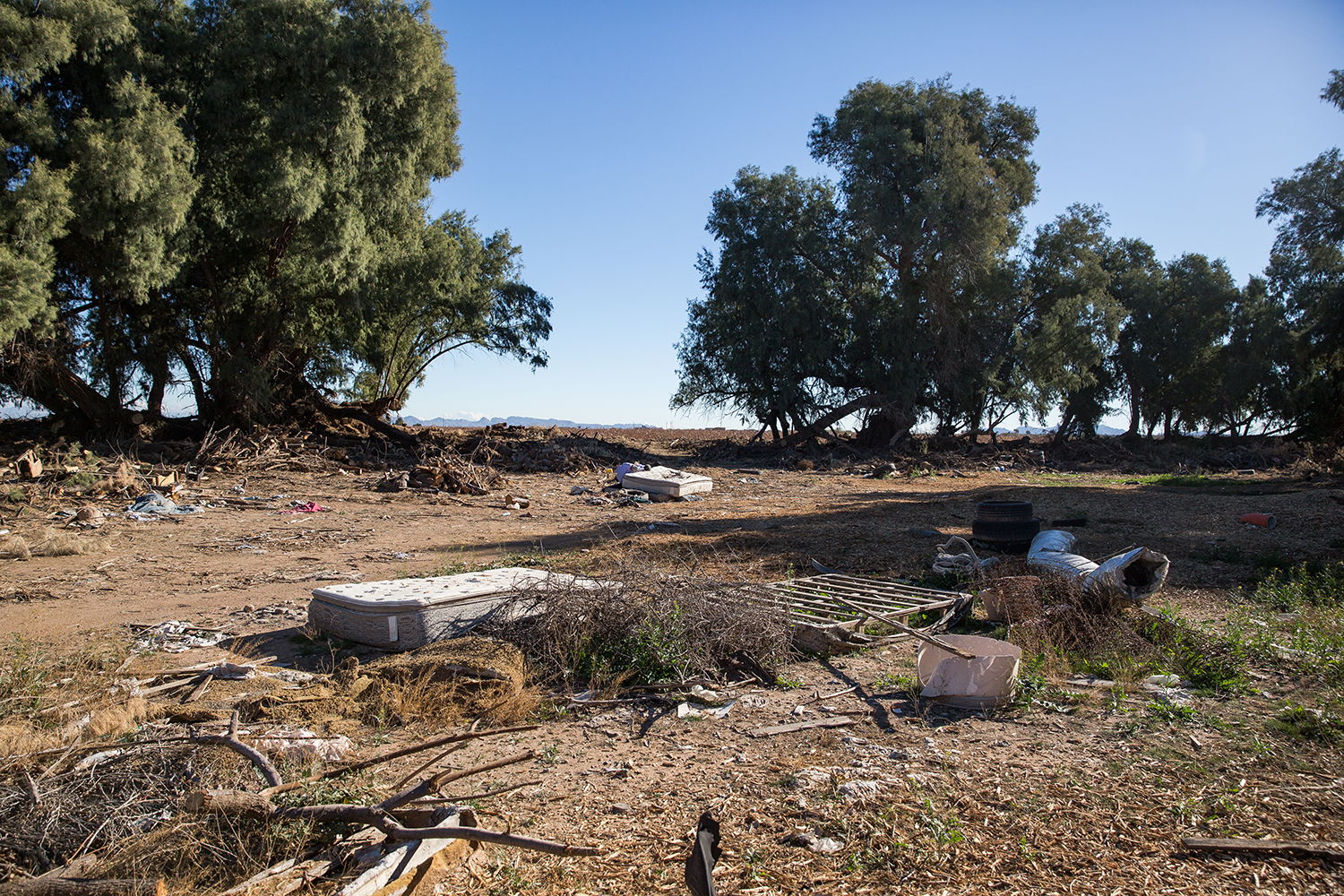 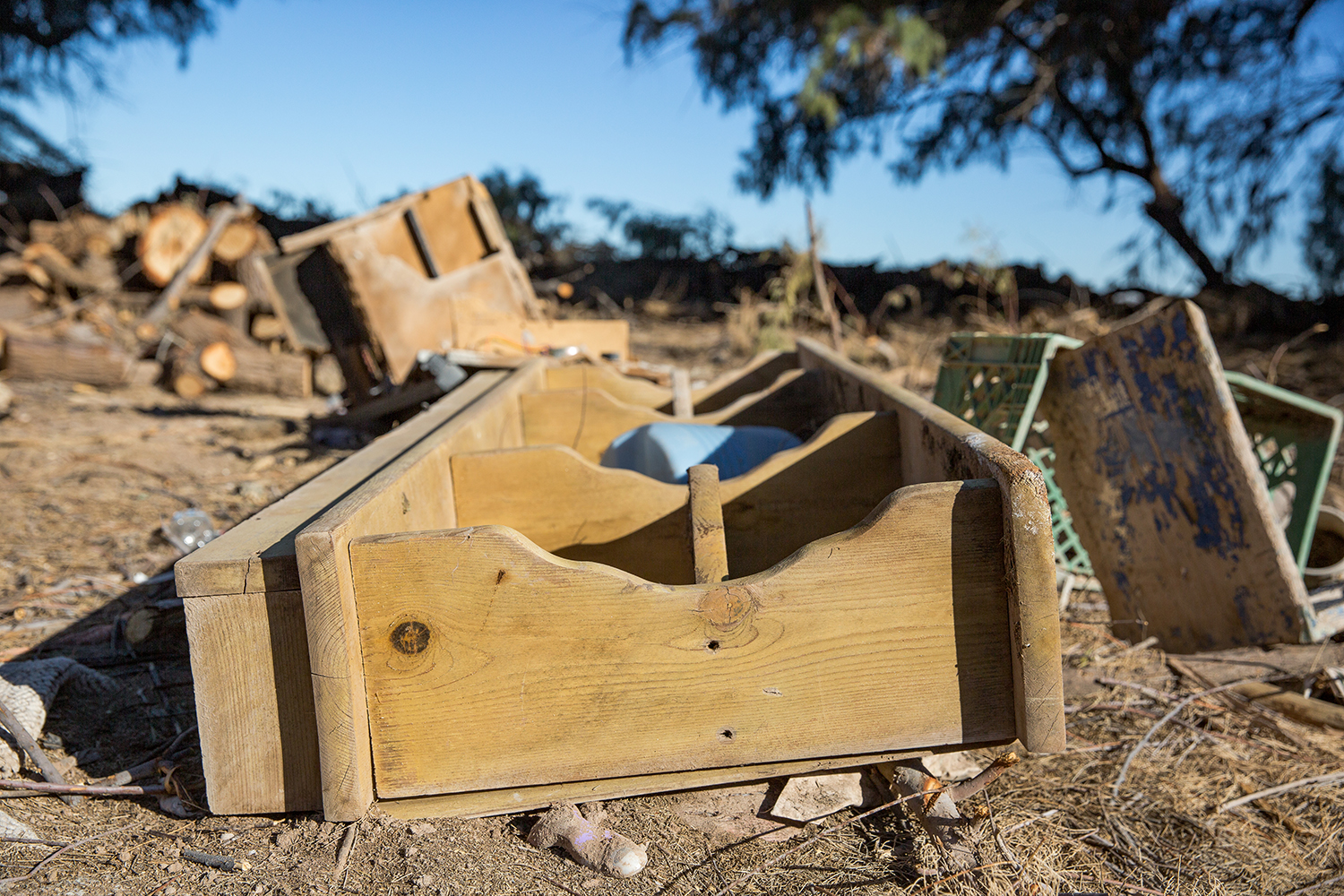