The American Indian Language Development Institute at the University of Arizona celebrated 40 years of American Indian language promotion and education during a symposium on June 13-14.

Founded in 1978, AILDI started with help from the National Endowment for Humanities by Lucille Watahomigie and Dr. Leanne Hinton, a linguist at the University of California Berkeley.

Four decades later, the AILDI continues to teach language revitalization workshops with tribal communities at various locations across the nation. During the symposium, a poetry reading was held in the U of A student union ballroom to recognize their extensive work in linguistics.

Dr. Ofelia Zepeda, who’s work with the O’otham language and involvement with AILDI, was highlighted at the poetry reading.  Gila River Indian Community member Joyce Hughes was also present and shared her experiences working with Zepeda.

“She is a supporter of Indigenous people, teachers, students, who are trying hard to revitalize the preservation and maintaining of our tribal ways,” said Hughes.  She said after completing her undergraduate degree in education at Arizona State University, Zepeda encouraged her to get involved with AILDI at U of A.

At U of A, Hughes obtained her Masters of Arts in Linguistics, with an emphasis on Native American Linguistics and Language in 2016. Hughes said AILDI encourages students and participants of their workshops to be creative with how they incorporate language into their curriculum.

At the poetry reading Zepeda read a list of selected poems from her book, “When it Rains: Tohono O’odham and Pima Poetry.” Her book was first released in 1982, and has seen a resurgence, as more individuals from O’otham tribes, look to it as a source of knowledge about the language.

Zepeda said, “I joined them the second year that they held the program. I was still a student when I started teaching for them, so it’s been 39 years being here.”

“I think it drove me to stay with this kind of work, because when I started there were a lot more people and children speaking the language when they were coming into school,” said Zepeda. She said at the time the education was on bi-lingual education, learning the O’otham language along with English.

Hughes read poems from the late Henrietta Pablo, such as “Hevel,” a poem describing wind, as a traveling force with an origin and destination and one where Pablo travels went to Albuquerque, describing the diverse desert and mountainous scenery, being grateful for mother earth’s gifts.

She also read other poems from Floretta Rhodes, “Hemho Añ Am Him,” and another one about Ira H. Hayes, who raised the flag on Iwo Jima. 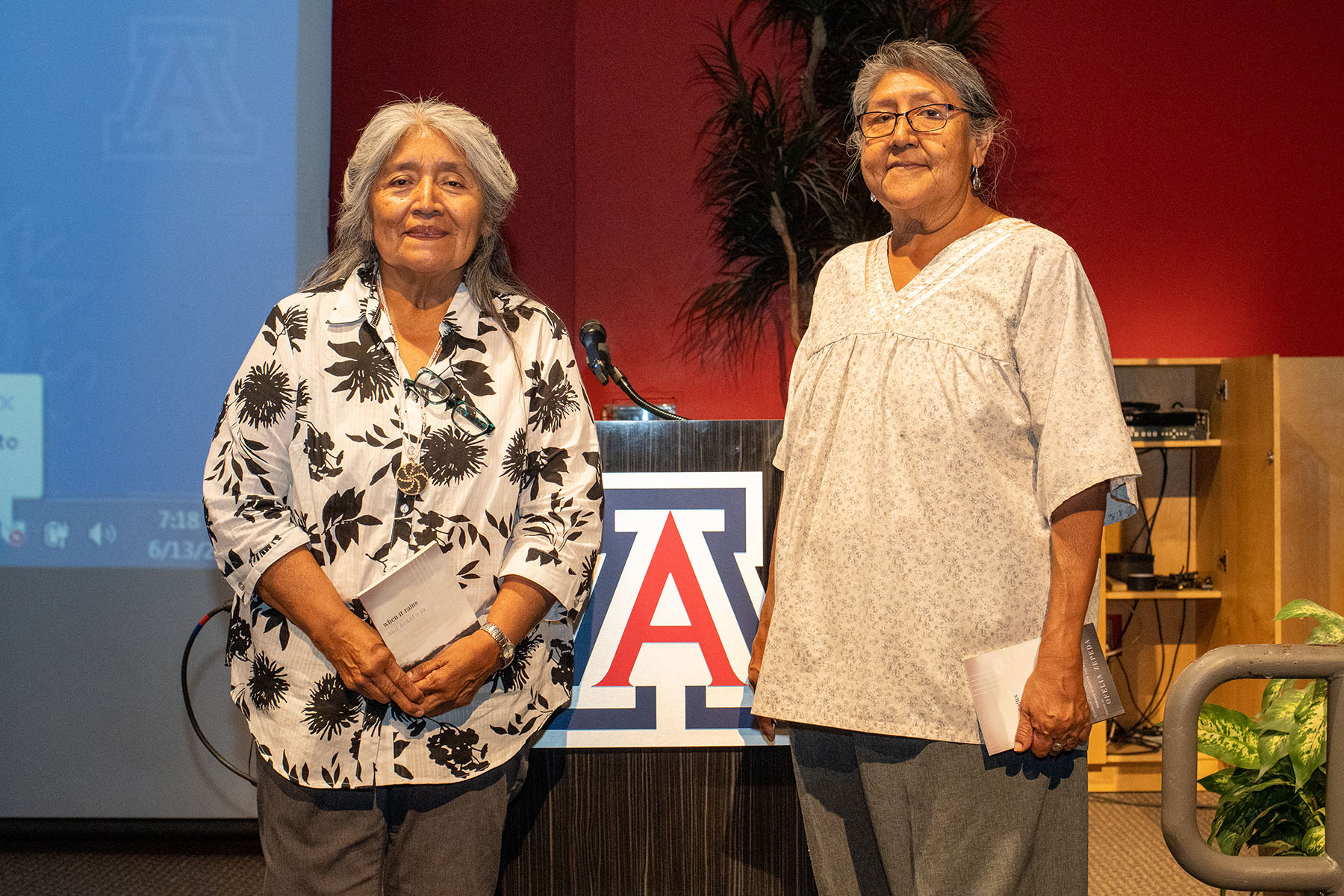