CARRYING ON TRADITION: Caravan heads to District 1 for bahidaj harvest

Rising up early in the morning, groups of families and individuals ventured outdoors to pick fruit from towering desert giants. Community members, visitors and volunteers gathered together for the annual bahidaj harvest, held in District 1 Blackwater on June 29-30.

The evening before the harvest, participants trickled into the small campsite into the late hours of the night to prepare for an early morning of harvesting. The harvest itself was divided into two activities, one in the morning and evening, respectively at 4 a.m. and 4 p.m.

Traveling in a caravan to the harvest site, some participants rode in the back of trucks, following the set of red tail lights in front of them, until it was time to stop.

Gathering in a circle, the participants took part in a prayer by Tribal Historic Preservation Officer Barnaby Lewis.

Lewis said the prayer is for all who come out to the site to harvest with a good heart, but also for the animals, letting them know of their presence in the area. The prayer is also for good prosperity and the rains that will replenish the land during the summer monsoon season.

Participant Tristin Rivers of District 5 explained the purpose of harvesting.

“The first one you get when you open it up, you smear the jun over your heart, and whatever your belief is to do a prayer,” said Rivers.

He said, when you are finished, you leave the eldag or skin of the bahidaj facing up to welcome the rain, which will bring water for crops and the animals.

“This is my fifth time, I enjoy it, you all will enjoy it, it’s a good time to experience this,” said Rivers.

He said a big part of the harvest to is to build friendships, learn from your culture and have patience if the cactus fruit doesn’t want to come off the cactus.

After the prayer and message, the party of harvesters broke off into smaller groups with ku’ipods in hand. The ku’ipod is made from the vap’pai of the cactus (or ha’ha: shan) to create a long pole to pick the bahidaj.

“We had to get up early, we came from the west end, just to get here,” said Alexis Flores. She and her friend Sara Francisco, participated in last year’s bahidaj harvest, and said coming out this year was a good way to get in touch with O’otham culture.

Others who participated were families working together to harvest the ripe bahidaj and do something that is not done every day. Sandra Johnson with her son and daughter Sara and Christopher, are from District 4, but live in Mesa.

“It’s nice to bring the kids out here and do stuff, it’s nice to learn how our ancestors did it, living in Mesa you learn a lot about other cultures, but coming out here really brings things back to home.”

A family of brothers and sister from Blackwater, also came out to harvest. Ivy, Amber and Jacob Namingha, were out with their mother Jennifer Blackwater and grandson Jonathon to get their haul of fruit.

They all said it’s a learning experience, being able to pick fruit that can be found, not far from home, being that its literally in their district backyard. Although, they share Hopi ancestry, they also want to know more about the Akimel O’otham way of gathering foods found in nature.

After the collection of bahidaj was complete, each of the groups took their reward to the camp, where it was boiled down for jam and juice. 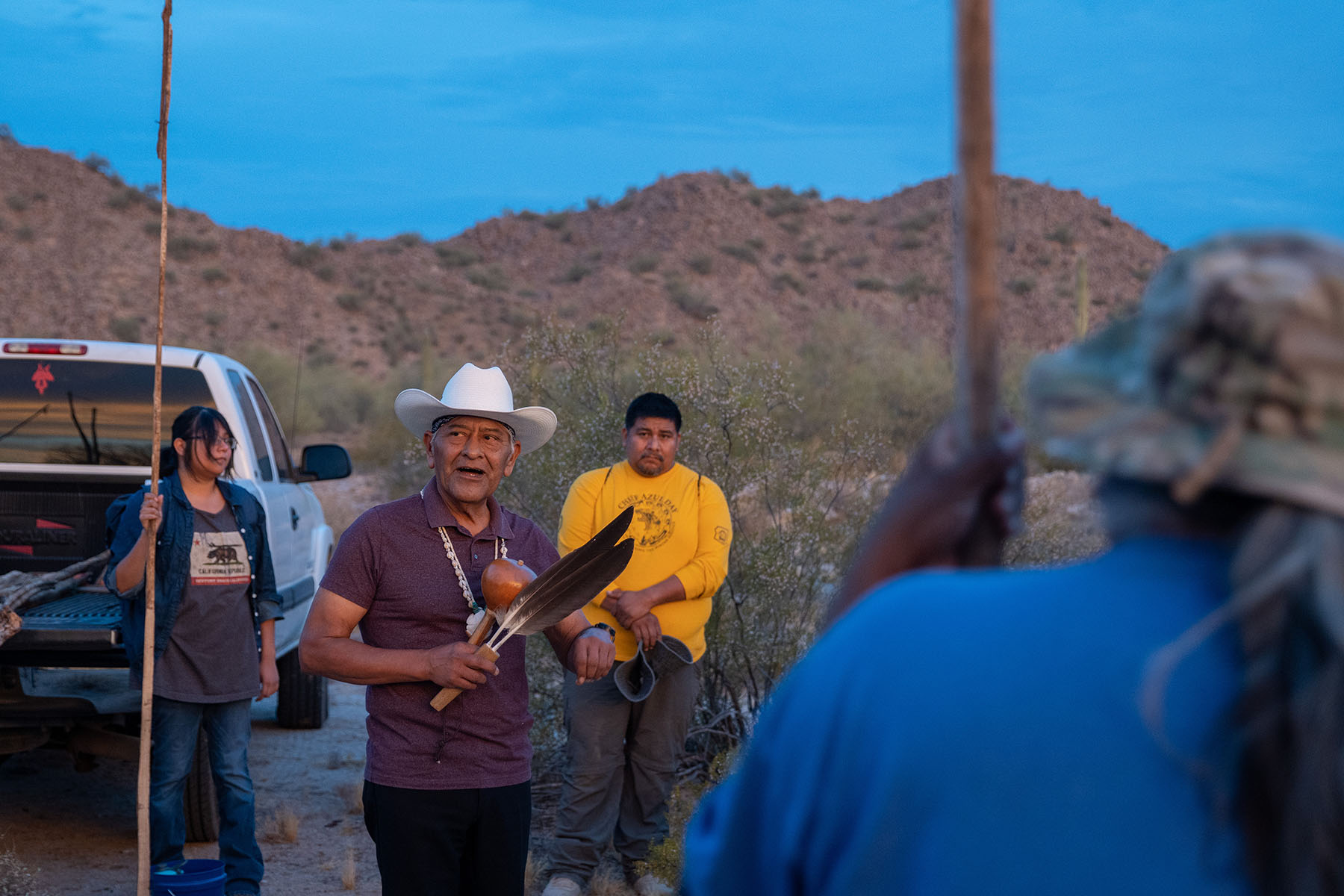 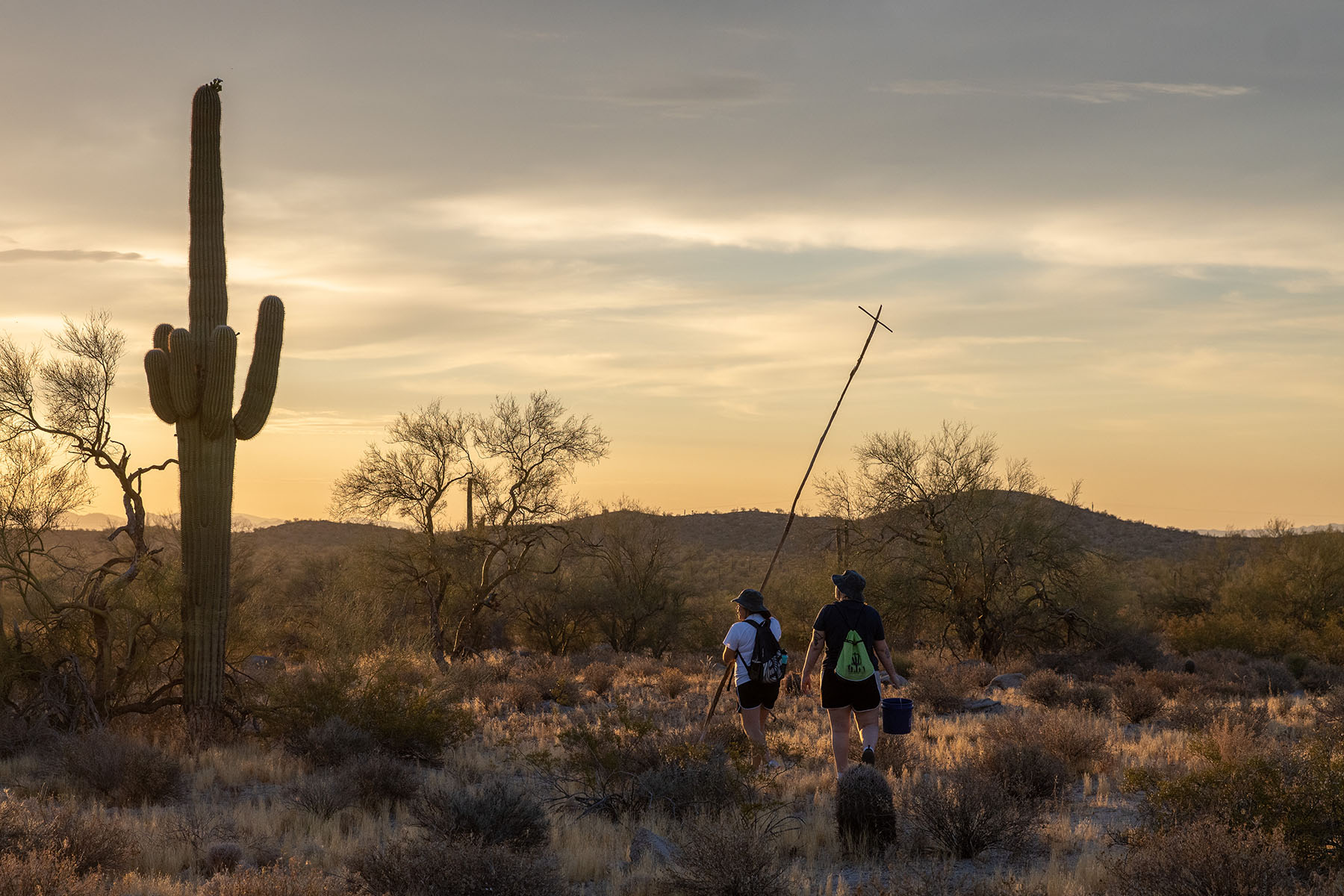 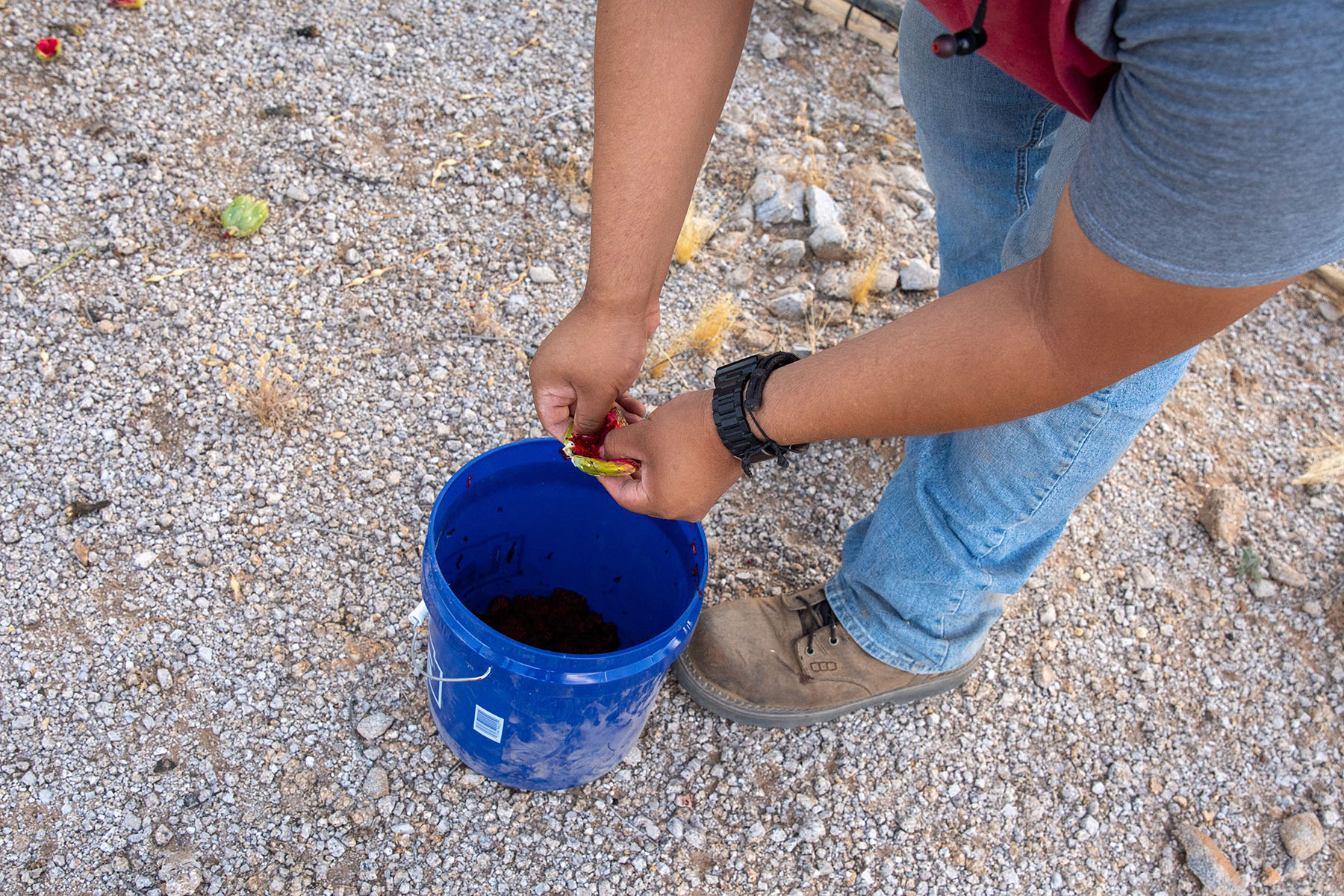 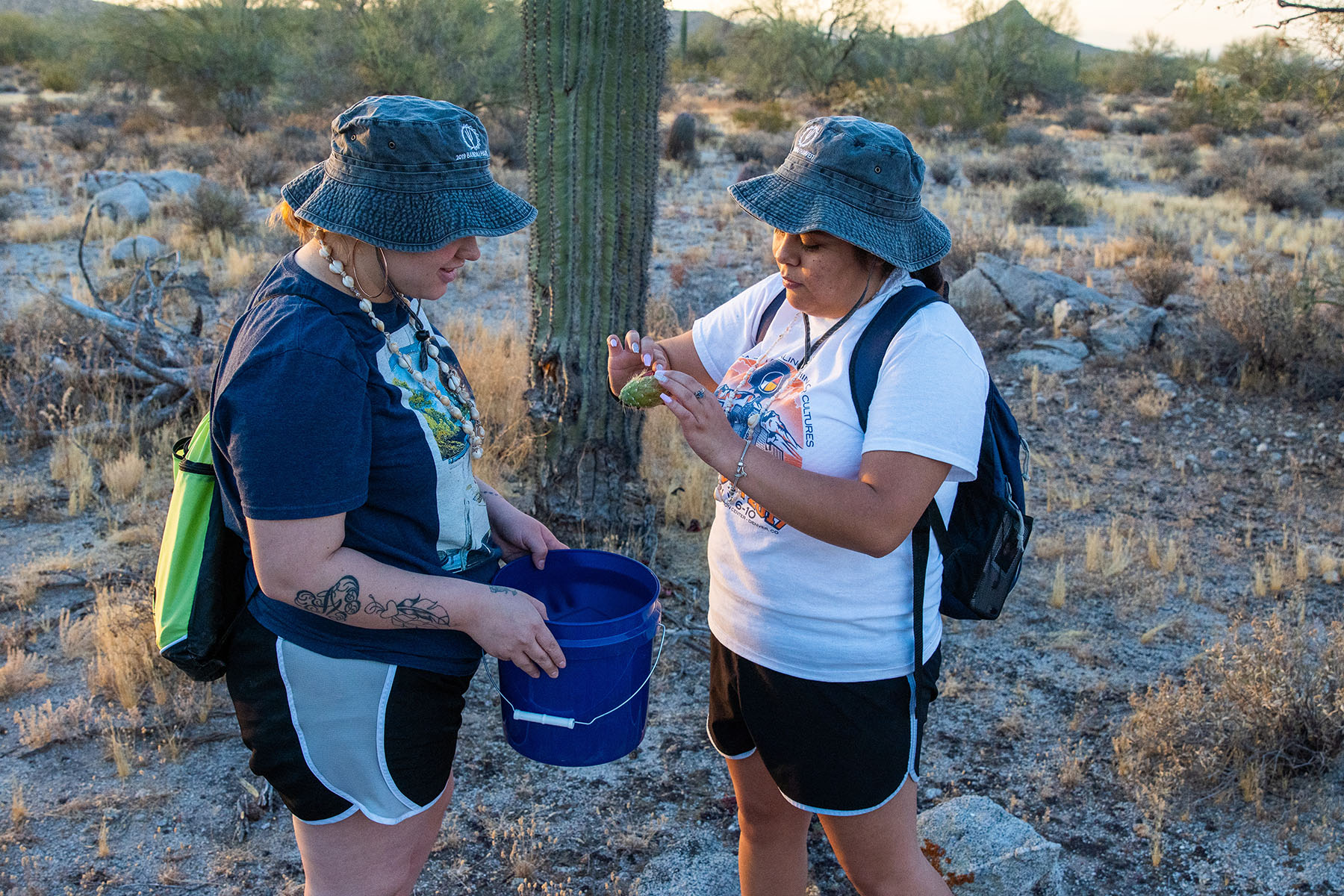